Despite divisions, math framework must be a 'North Star,' experts say 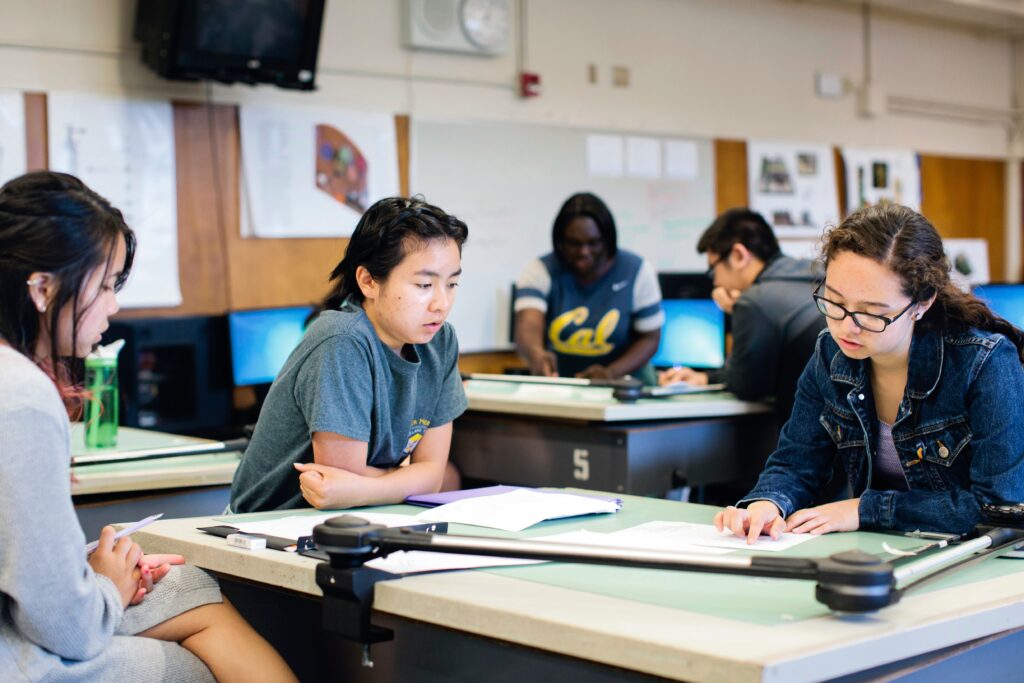 While disagreements persist about the details, experts at an EdSource roundtable agreed Thursday that California’s new K-12 math guidelines — regardless of their ultimate focus — should inspire and engage students of all backgrounds, and maximize students’ options as they head to college or choose careers.

“We all agree it needs to be student-centered,” said Cole Sampson, administrator of professional learning and student support for the Kern County Superintendent’s office. “As long as, at the end of the day, it brings equity and choice and options for kids, I’d say that this framework is a success.”

The California Math Framework, which has been in the works for years, is expected to reach the State Board of Education for approval in 2023. Meanwhile, teachers, academics and education advocates continue to debate the ins and outs of what math education should look like for California’s 6 million public school students, who generally lag behind their peers nationwide in math test scores.

The current draft, which authors say prioritizes social justice, emphasizes the “big ideas” of math — broad concepts, connections between ideas and problem-solving — rather than rote memorization and reaching correct answers to problems. The goal is to make math more interesting for students, which proponents say will boost their confidence and better prepare them for more advanced math classes in high school and college, ultimately giving them more options for meaningful careers.

But some, including Stanford math professor Brian Conrad, say that idea is not grounded in research and won’t adequately prepare students for math-heavy careers, such as data science. Students need more options that lead them to advanced math in high school and more clarity about the long-term consequences of their choices, he said. For example, if a student opts to skip calculus in high school, that decision could leave them at a disadvantage when choosing a major in college.

In addition, hundreds of professors in science, technology, engineering and math have raised concerns about data science courses that the framework promotes as an alternative to calculus and other advanced math. Students might take a high school data science course, for example, under the impression they’d be preparing for data science in college, but in reality, they’d have missed important requisite math courses.

Rori Abernethy, a math teacher in San Francisco Unified, said the new framework should eliminate tracking, particularly in Algebra I, instead allowing families to decide whether and when their students should enroll in accelerated math classes. She also noted that the proposed shift in math instruction will be a challenge for most teachers, and the state should fund training, coaching and other support to help teachers learn the new guidelines.

“We can’t keep trying to make a dollar out of 15 cents,” she said. “At some point, these great ideas in the framework need to be funded and supported. Teachers are not doing well. We’re overstretched, we’re overworked, especially post-Covid, so putting more investment in our boots-on-the-ground in math classrooms will be the best for our students in the long run.”

The math teacher shortage was also a concern at the roundtable, especially as it relates to equity. Kyndall Brown, executive director of the California Mathematics Project, a network that advocates for a rigorous and coherent math curriculum, noted that in some high-poverty schools, even students who want to enroll in calculus can’t because the school doesn’t have a calculus teacher.

In addition, he noted, students of color at high-performing schools are too often shut out of the most demanding math classes because of various barriers to entry, such as a teacher recommendation.

“When we think about equity, I have to look at outcomes,” Brown said. “I shouldn’t be able to determine a student’s mathematical outcome based on their race or gender or their language. Everyone should be able to have unfettered access to whatever mathematics coursework they want.”

Everyone on the panel agreed that math education in California must improve and that teachers at all levels need adequate support and training if the new math framework is going to succeed.

“We cannot continue with the status quo,” said Kate Stevenson, a math professor at California State University, Northridge, who has worked with teachers from Los Angeles Unified. “But I know the frustration and the terror and the fear that teachers face when they see something that they don’t think they have the support for and they don’t believe will come. … (If) we don’t give teachers the facilities to (make these changes), they’re going to revert to what they’re comfortable with. … It’ll be lose-lose.”

Sampson, in Kern County, emphasized the urgency of the issue. Just 34% of California students met or exceeded the state standards on the 2019 Smarter Balanced math test. Students of color fared worse than their peers: only 18% of Black students and 20% of Latino students met the standards. Details about curriculum and professional development can be worked out later, Sampson said, but the overall goal of the guidelines should be lofty and broad.

“We have to go beyond what we’ve been doing for decades and that’s given us the same results,” he said. “This document has to be ambitious. As I think about the data, we need this aspirational document to set the stage. … We have to have that North Star.”

Leave a Reply to Cathy Kessel