Is crackdown on social media for kids too late? 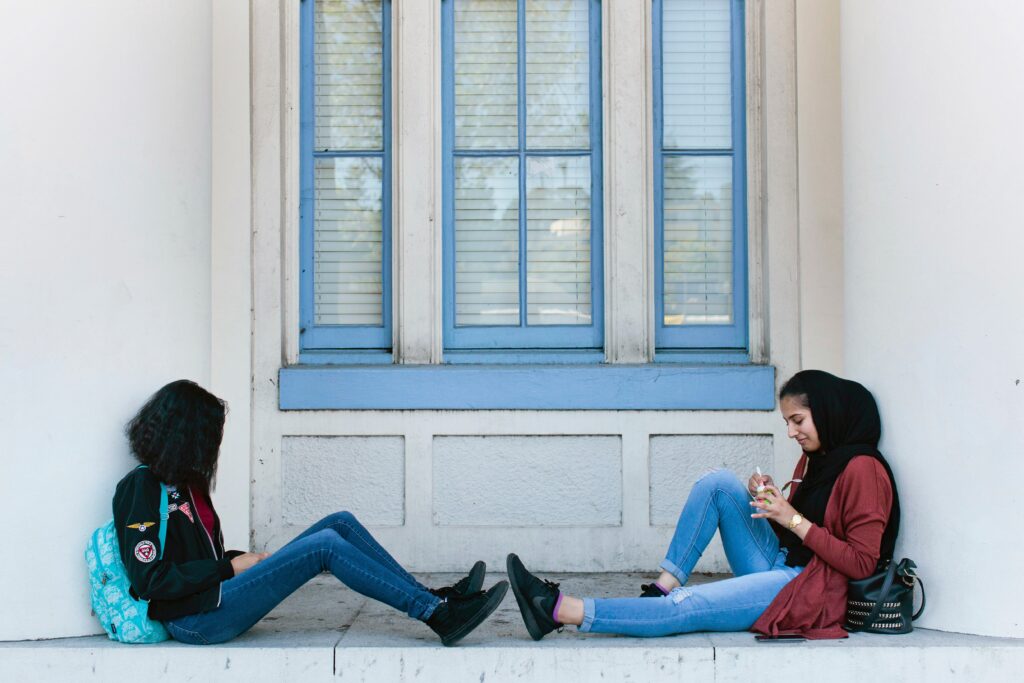 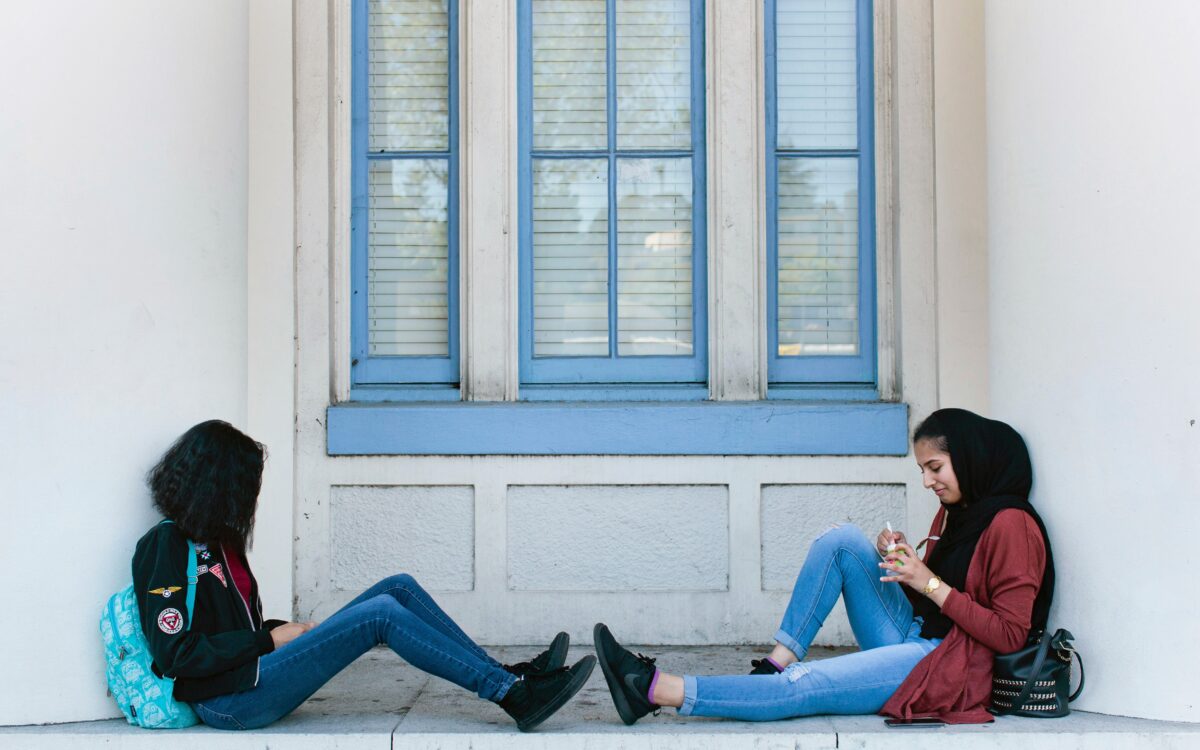 Alison Yin for EdSource
Social media use among teenagers soared during the pandemic.

Alison Yin for EdSource
Social media use among teenagers soared during the pandemic.

As depression and anxiety continue to increase among young people, some officials are pressuring social media companies to take more responsibility for the impact they have on children.

In his recent State of the Union address, President Joe Biden called on TikTok, Instagram and other companies to do a better job protecting users under age 18, more than 90% of whom are regular social media users, according to the American Academy of Child and Adolescent Psychiatry.

Parents say the scrutiny is long overdue. Regulations to curb social media use among children and teenagers is especially welcome after the months of Covid quarantine, they said, when many young people were isolated at home and spent hours and hours a day online.

From Kidshealth.org:
Tell your children it’s important to:

Most of the 50 students interviewed by EdSource said they spent three to four hours a day on social media. Some spent more than seven hours a day. A few said they had cut back their use to an hour or less per day because they felt it was a waste of time or was making them feel bad.

A parent in the San Lorenzo Valley near Santa Cruz, who asked that her name not be used to protect her daughter’s privacy, said social media has caused her daughter so much stress that she stopped going to school. The child, a ninth grader, was bullied in an app called Discord, and she feared seeing the perpetrators at school. The child also had her Instagram account hacked.

“As a parent, it’s really hard to navigate this, to know what red flags to look out for,” the parent said. “It’s so different from when we grew up, and you’d just go play with the kids in the neighborhood.”

For the daughter, the trouble began in fifth grade when the school gave every student a Chromebook. Within three hours, the daughter had set up an Instagram account (using a fake birthday) and was posting videos on YouTube.

“I asked the school if there were any controls on the computers, and they said no,” the parent said, adding that digital literacy education was also minimal. “To give kids computers like that, with no guardrails, is just crazy.”

Many social media companies are already taking steps to protect users who are under age 18. Instagram, for example, in December announced it would stop allowing users to tag teenagers who don’t follow them and add a “take a break” feature for teenagers who’ve spent too much time online.

“Every day I see the positive impact that Instagram has for young people everywhere. I’m proud that our platform is a place where teens can spend time with the people they care about, explore their interests and explore who they are,” Adam Mosseri, the company’s chief executive, wrote on the website. “I want to make sure it stays that way, which means above all keeping them safe on Instagram.”

Many teenagers — as well as some researchers — say that efforts to control social media are difficult because it’s already so ingrained in youth culture. And while bullying and other issues can be a problem, social media has some benefits. For many students, it can provide connection, entertainment, a way to promote a cause or business, and an avenue for learning tech skills.

Yalda Uhls, founder of the Center for Scholars and Storytellers at the University of California Los Angeles and an expert on social media and children, said there’s a long history of adults attempting to regulate media favored by young people. Before TikTok and Instagram, adults tried to crack down on video games. Before video games, it was computers. Before computers, it was television.

“These efforts don’t really focus on the underlying issues. Instead, they’re going after the medium. Media is always an easy target,” Uhls said. “Instead, we should be examining the bigger issues that are affecting young people — inequality, poverty, climate, education. We need to be looking at the systems that young people are growing up in. Social media is only one part of it.”

Furthermore, she said, social media can have a positive impact on students as well as adults. During the pandemic, social media was a lifeline for those who felt isolated or bored at home. And for young people, connecting to their friends, whether in person or virtually, is developmentally appropriate.

Instead of banning social media, schools should have a clear policy that focuses on digital literacy and online safety, with plenty of education for parents and teachers. Those policies might vary widely — a school that emphasizes technology might allow students to use their phones during class, for example, while other schools might prohibit all technology, even computers.

Michael Robb, senior director of research at the nonprofit Common Sense Media, said government officials are right to increase regulations on social media because currently, technology companies aren’t doing enough to protect children’s privacy and access to inappropriate content. But overall, the research is mixed about the impact on young people.

“Whether social media is harmful or not is a matter of who’s using it, why they’re using it, how they’re using it,” Robb said. “There are a lot of young people who are vulnerable and who may experience greater risks on social media. These kids need support, online and offline, and platforms that were designed with them in mind.”

Common Sense Media recommends that teachers and parents talk regularly to young people about digital “good citizenship,” and that schools offer digital literacy classes. In an ideal scenario, young people would use social media to connect with friends, express themselves creatively and learn tech skills.

The U.S. surgeon general reached a similar conclusion in a recent report on the overall mental health of young people but emphasized that technology companies should research the effect of their products on children, make the information public and design platforms that are safe for users of all ages.

“Even if technology doesn’t harm young people on average, certain kinds of online activities likely do harm some young people,” such as passive scrolling, according to the report. “Technology companies must step up and take responsibility for creating a safe digital environment for children and youth.”

Students had mixed reactions to proposals to regulate social media but generally supported efforts to make platforms safer. Some said it was a good idea because of the harmful effects, particularly for tweens. Others scoffed at what they viewed as an unnecessary incursion by adults who “just don’t get it.”

Aminah Phinnessee, a senior at San Leandro High School, said she doesn’t worry too much about social media because she doesn’t have time. She works 30 hours a week and is preparing to go to college next year. But when she was younger, social media was a problem, she said.

“In middle school, I don’t think it helped me. Everyone looks like they’re doing better than you. Boys might say things, compare you to some girl on Instagram. It makes you feel down on yourself,” she said. “But when you’re older, you have more of a sense of yourself. It’s easier to just put the phone down when you want to.”

Rachel Barton, a senior at Piedmont High, said social media can give students a distorted, unhealthy view of the world and contributes to short attention spans.

“You spend 30 minutes on TikTok and you see dancing videos, then a war, a shooting, a kidnapping, then puppies. It’s too much. Your brain can’t process it. It makes you feel helpless,” she said.

Ashlie May, a senior at Ralph J. Bunche Academy in Oakland, said social media was a nightmare for her during the pandemic quarantine. She spent too much time scrolling, and the endless images of so-called perfect bodies and perfect people left her feeling hurt and depressed.

But since returning to in-person school, she hasn’t bothered with it much. She’s had no problem putting her phone down and doing other things, such as homework, working or spending time with friends.

“Bullying is definitely a thing on social media, but there are positive things, too. You can use it to spread awareness about an event, an issue, a cause,” she said. “Like anything, it depends on how you use it.”