Challenged by Covid, the Class of 2022 looks ahead to better days 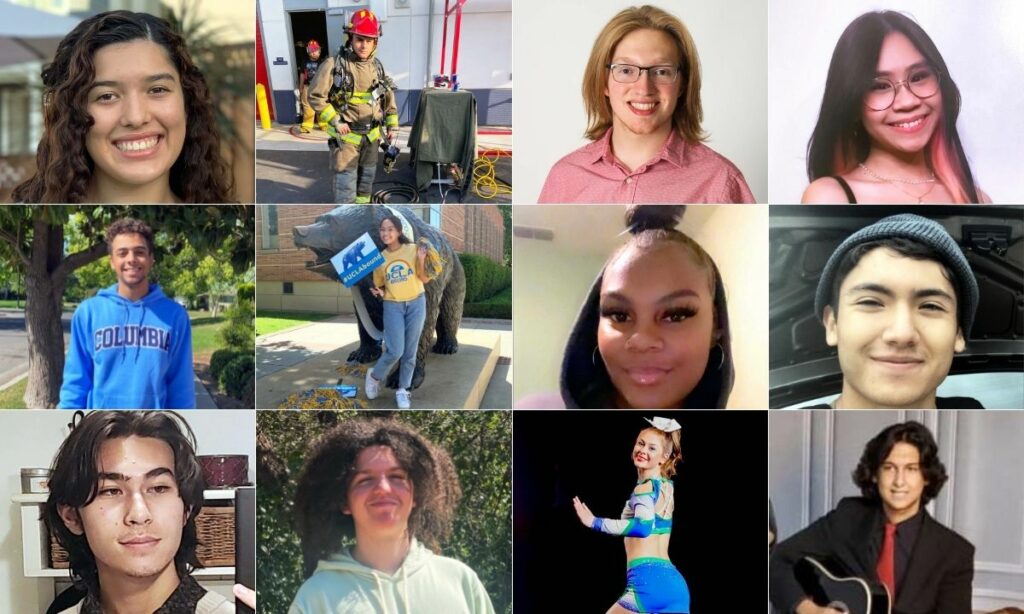 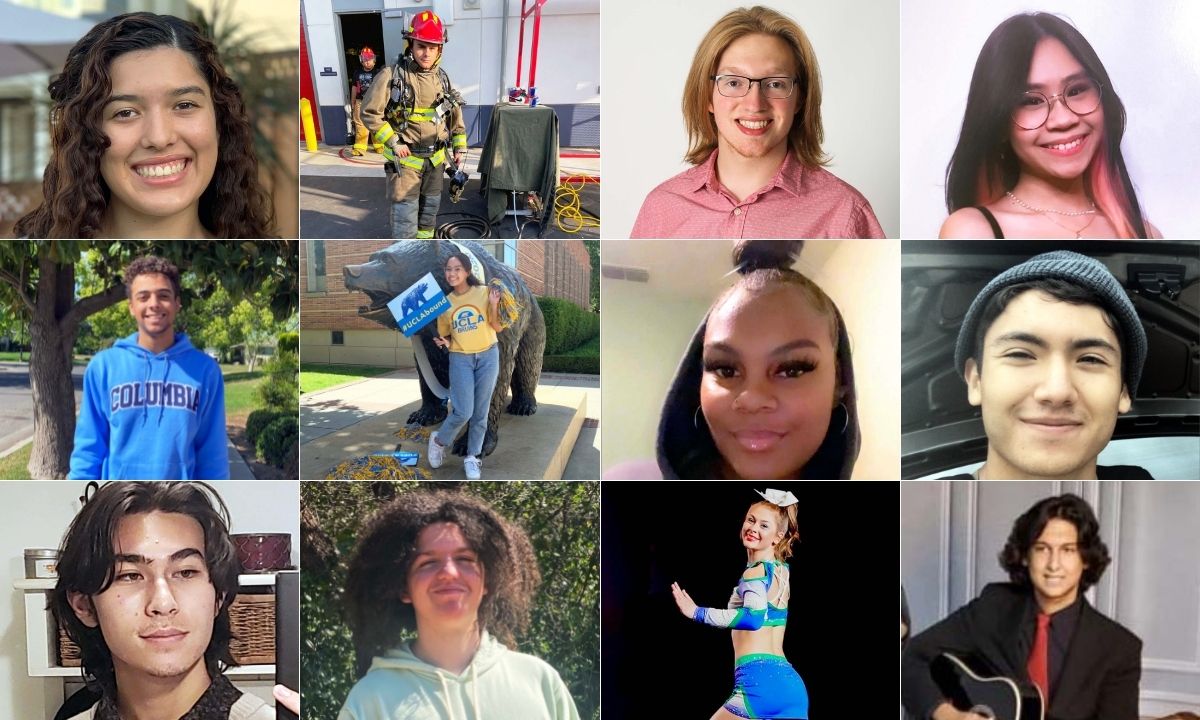 The Class of 2022 didn’t have a typical high school experience. Covid shut down their schools midway through their sophomore year. California’s seniors spent the rest of that year and most, if not all, of their junior year at home on the computer taking remote classes.

They weren’t allowed to play school sports or attend games. They couldn’t perform in the school band or in plays. There were no school dances, club meetings or academic competitions. They studied alone.

Many struggled emotionally and academically during distance learning, often failing to turn in assignments or turn on their cameras during classes. But others emerged stronger than ever, using their time alone to double down on academics or to cultivate hobbies and interests. Some turned those interests into profitable businesses.

This is the first in an occasional series on the Class of 2022, their experiences through Covid and their plans for the future. Join EdSource as we follow these 12 students over the next year into career or college and tell their stories.

Tamiya Williams, a senior and athlete at Rio Linda High School in Sacramento, and Kayla Merkel, a senior at Elk Grove High School in Elk Grove, each launched what are now thriving cosmetics businesses during the pandemic. Both intend to continue to run them after high school.

Tatiana Torres, a senior from Heritage High School in Brentwood, used her time at home to create calm-4-you, a website to help children struggling with mental health issues. She has since co-founded a mental health club at her school.

Jennifer Tran, a senior from Bolsa Grande High School in Garden Grove, helped write legislation that may allow students in grades six-12 to have one excused absence per year to participate in a civic or political event.

Tran is the policy director for Generation Up, a California student-led social justice organization. Senate Bill 955, is being considered by the state Legislature.

Diego Camacho, a senior at Collegiate Charter High School in Los Angeles, decided to get started on his college career by taking community college courses online. The college courses weren’t offered virtually before the pandemic.

“There were a lot of opportunities that wouldn’t have been available if the pandemic hadn’t happened,” Camacho said. “I tried my best to take advantage of the situation.”

Now, the seniors are back in school planning the proms and graduations that mark the year of transition to adulthood – something seniors in most of the state were unable to do last year.

“I was happy to be back for the festivities,” said Miles Fu, a senior at El Camino Fundamental High School near Sacramento. “We still missed out on a lot, specifically pep band, this year, no volleyball, or basketball — only football.”

Payton Zarceno, the student body president at Mt. SAC Early College Academy in West Covina, is in charge of planning senior class festivities surrounding graduation. She has backup plans in case Covid infections spike and cancels some of them.

“It’s the first graduating class (for the school) so we want to give them an actual experience,” Zarceno said.

Getting to graduation was made a little easier by state legislation that allowed parents to request that D’s and F’s earned last school year be changed to pass or no-pass. Students could also take a fifth year of high school if needed.

Many districts also allowed last year’s juniors and seniors to graduate with fewer units than is usually required, some as low as the state’s minimum requirement of 13 courses totaling about 130 units.

Please refresh your browser if the images don’t properly display.

Despite state Smarter Balanced assessments and diagnostic tests that show that high school students last year did as well as or better than students in prior years, there is still some concern that upcoming graduates won’t have the content knowledge to be successful in college or in their careers.

Merkel, who improved her grade point average during distance learning, says she is ready for college, despite teachers being more lenient about grading during the pandemic.

“I don’t think I missed out on anything,” said Merkel, who wants to study photography. “I was able to do everything I like on my own time.”

At the end of the 2019-20 school year, students at Edison High School in Fresno were given grades that reflected what they had earned by March 13, the day schools closed, said Gannon Peebles, a senior at the school. Grades could be higher, but not lower. Classes during the rest of the school year were sort of optional, he said.

Other school districts in the state also opted not to grade students lower than the grade they had at the beginning of the pandemic and were more lenient about students completing schoolwork.

“I definitely felt I was a little behind in a way,” said Peebles, who is on the honor roll. “I kind of like to keep myself at pace, you know. But I think that it is really hard to do that by yourself.”

Fu fell behind in his classes and failed math, which he had to retake this school year. It was difficult to get the personal feedback needed during distance learning, he said.

“In class, you can call a teacher over and say, ‘Take a look at this,’” he said. “In Zoom, you have to schedule a personal meeting.”

Moussa Owaidat, a senior in Konocti Unified in Lake County was doing fairly well in high school before the pandemic hit, but he floundered in distance learning.

“I lost all motivation during Covid to do anything,” he said. “There were only two classes I didn’t get an F in – PE and Spanish.”

The district offered Owaidat the option to attend W.C. Carle’ Continuation High School to catch up on credits before graduation by taking accelerated courses at the school.

Some students continued to struggle after returning to their campuses this school year.

“I know in my class, especially in the beginning of the year, people couldn’t pay attention,” Torres said.“Some people just couldn’t do it. Some people couldn’t focus. If you haven’t been doing it for the last one and a half years, getting back into it was very difficult.”

Schools across the state put an emphasis on social and emotional learning to help students work through their stress and anxiety and allow them to concentrate on their schoolwork.

Tran from Garden Grove couldn’t find that help from her school during distance learning and turned to GLSEN, a nonprofit that supports LGBTQ youth. Tran had just come out when her father was diagnosed with cancer three years ago. He was in remission when the pandemic hit a year later. Tran met with a social worker from the organization for Zoom counseling sessions.

Tran also found herself thrust into the role of caregiver for her father and younger brother while her mother worked. Her grades suffered. One teacher raised her grade so she could pass his class.

Despite the struggles, Tran is still an above-average student. She applied to 39 universities using a fee waiver for low-income students. She wrote about the lessons she learned from her father, who immigrated to the United States from Vietnam in the 1980s, in her college essay.

“When I was a little kid my father would ask, ‘What did school do for you, and what did you do for school today?’” she said. “That frames my thinking, always to be a community-oriented person. I have that mindset of serving my community, and I weave that metaphor into my life.”

Despite their differences, the members of the Class of 2022 have one thing in common – optimism and excitement about their futures.

Click here to read all stories in this special project.