Californians see debt cancellation as a first step; some say more is needed to make an impact

Many concerned that student loan debt crisis will continue 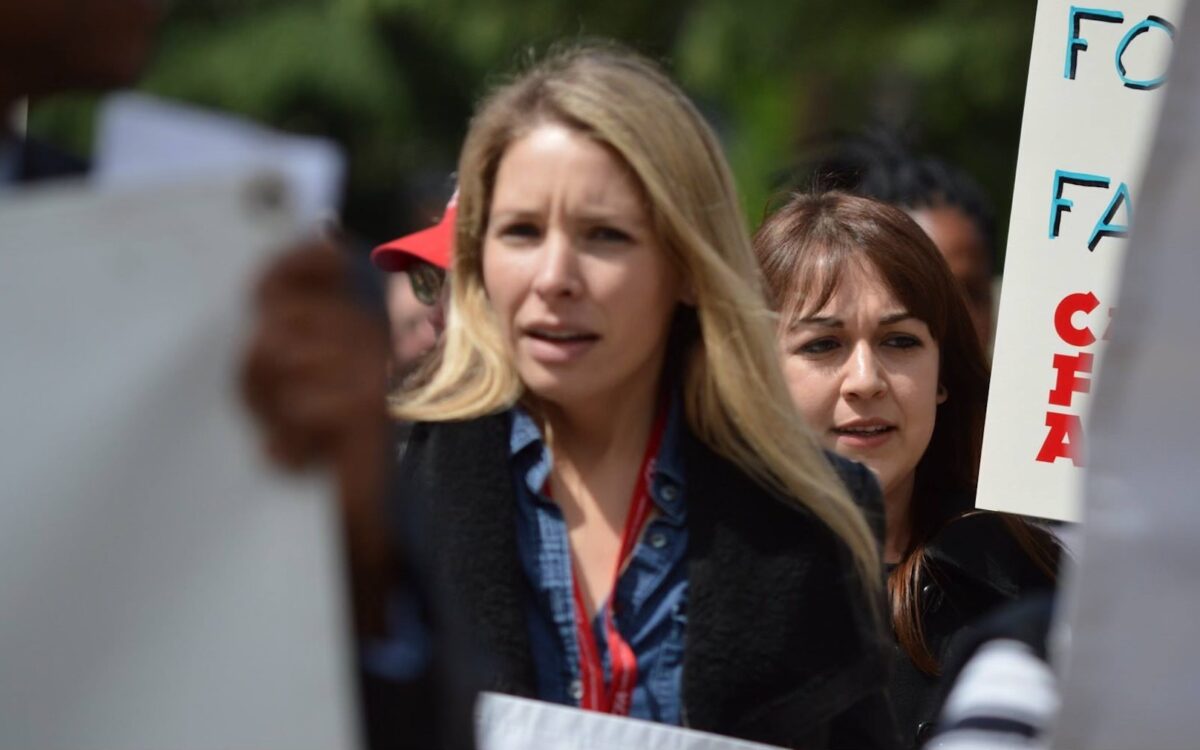 Meghan O'Donnell, a professor at CSU Monterey Bay, outside the state Capitol during a California Faculty Association rally to freeze student tuition.

Meghan O'Donnell, a professor at CSU Monterey Bay, outside the state Capitol during a California Faculty Association rally to freeze student tuition.

Helpful, but not enough.

That’s how many Californians have described news of President Joe Biden’s plan to cancel $10,000 of student loan debt for borrowers making less than $125,000 a year or families making less than $250,000. Those who received federal Pell Grants as low-income students qualify for $20,000.

Meghan O’Donnell spent about six years earning her bachelor’s and master’s degrees from Chico State University – one of the California State University campuses. O’Donnell graduated in 2011, and in that time, accumulated more than $70,000 in student loans.

“We really need full debt cancellation for the real impact to be felt amongst the most vulnerable,” said O’Donnell, a history professor at CSU Monterey Bay. “For people like me with $70,000, a $20,000 cancellation isn’t going to be enough to get that mountain of debt off people’s backs. It’s really not going to free them or liberate them to go buy a house or start a family,”

Biden’s announcement Wednesday also included news that borrowers who received Pell Grants, which are awarded to low-income students, can receive an extra $10,000 in forgiveness – totaling $20,000.

The loan forgiveness is tax-free and expected to cover undergraduate, graduate and Parent PLUS loans.

Biden described the debt forgiveness plan as “responsible and fair” and acknowledged that not all Americans would be happy with the news.

“It’s about opportunity,” he said. “It’s about giving people a fair shot.”

O’Donnell said she and her husband haven’t been able to purchase a home because of their collective student debt. Her salary at the Monterey Bay campus hasn’t been enough to reduce the principal amount owed on her debt.

The debt she accumulated was not because of tuition costs but the cost of affording student fees, rent, food, textbooks and transportation during her time at Chico State, O’Donnell said.

“I don’t even know how much I’ve paid over the years,” she said. “But every single payment that I’ve made since I graduated has only covered the cost of interest.”

The typical undergraduate student with loans graduates with nearly $25,000 in debt, according to an analysis from the U.S. Department of Education. In California, the debt is somewhat higher. About 46% of California’s college graduates have student loans when they graduate, and the average debt load is about $37,000, said Manny Rodriguez, director of policy and advocacy for the Institute for College Access and Success.

“For many borrowers, it’s likely they will have some remaining debt after cancellation,” Rodriguez said.

Biden also announced that he would cut monthly payments in half for undergraduate loans. The new income-driven repayment lowers the cap on payments from 10% to 5% of a borrower’s discretionary income, the amount left after paying for necessary expenses. Rodriguez said that the cap would help middle-income borrowers with their monthly payments.

“This is a good step forward,” he said. “But we also need to focus on systematic reforms to ensure we’re moving away from debt financing postsecondary education.”

Rodriguez said that means making sure that Cal Grant reform, which recently passed in this year’s budget, goes into effect in 2024 and that the state stays committed to helping low-income students meet their financial needs.

“This is a good first step,” said Elias Aguayo, chief government relations officer for the Associated Students at CSU Long Beach, the student government. “But speaking on behalf of students at the university, we’re pretty steadfast and determined to lobby this administration to cancel all student debt. Education should be a right for all students.”

Aguayo, who graduates in December, said he’s had to take out a loan every year of his college career. He qualifies for the $20,000 cancellation as a Pell Grant recipient, but his total debt so far is about $40,000.

“I’ve been able to get some grants and scholarships that cover my tuition,” he said. “But living expenses in California are really high right now.”

Aguayo, who is studying history and political science, said he plans to attend graduate school, too, which means he’ll accumulate more debt.

“I’m really grateful that I’m at a state school with lower tuition on average than other schools, so the $20,000 is a big chunk of my debt right now,” he said. “But I’m thinking about the debt others see at private schools and graduate school.”

Nationally, federal student loan debt has increased to more than $1.6 trillion for more than 45 million Americans. About 16% of borrowers have defaulted on their loans, and about 95% of Black borrowers still owe their original debt, according to the Education Department.

“Nearly half of the CSU’s undergraduate students are Pell Grant recipients, so today’s announcement is welcome news for many,” said Jolene Koester, interim chancellor of the 23 campus system. “With even less debt, these students and our recent alumni will be better positioned to strengthen the California workforce and communities throughout the state as they pursue their professional and personal dreams.”

But not everyone is pleased with Biden’s loan forgiveness.

Michael Bravo said he doesn’t remember how much they paid in student loans, but the couple’s last payment was more than $12,000.

“We didn’t go on vacation, buy something fancy for ourselves or even go out to eat at nice restaurants because we wanted to be debt free,” he said. “The middle-class seem to be the ones who end up paying for these things because the ultra-rich find loopholes, and the lower-class income families don’t pay at all. So yeah, I’m a bit pissed and annoyed at this decision unless I get a refund for that. There’s a lot I can do with $20,000.”

O’Donnell, the Chico State graduate who teaches at CSU Monterey Bay, said despite Biden’s announcement, nothing has changed to make the cost of a college education affordable.

“Most of my students work two jobs, not just one,” she said. “They go to school full time just to keep their lights on and feed themselves. We’ve got food pantries on all of our campuses because our students are food insecure, and the reality is more and more of our students are coming from marginalized communities that systemically have not been given the access to an affordable education that they need to be successful.”

O’Donnell said she appreciates that her own debt will decrease, but something must be done to “ensure that people don’t have to go into debt in the future to get an education.”

In addition to the loan forgiveness, the administration announced it would make one final extension on student loan repayment through Dec. 31. Borrowers should expect to resume repayments in January. That payment pause began in March 2020 under the Trump administration because of the coronavirus pandemic.

Annais Garcia, a graduate of Cal State Dominguez Hills and member of the California Student Journalism Corps at EdSource, contributed to this report.