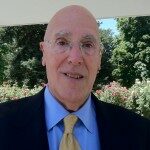 A brewing controversy has erupted over what kind of ethnic studies school districts should adopt. Should it be inclusive or “liberated”?

This debate comes as California school districts are readying to spend $50 million the state just released for their ethnic studies curriculum development and teacher preparation.

An inclusive ethnic studies program is what the Legislature envisioned when it directed the State Board of Education to prepare an Ethnic Studies Model Curriculum.

Inclusive ethnic studies does not prioritize group membership over the uniqueness of each individual and so:

Inclusive ethnic studies programs that adopt these principles inspire all students to embrace their own and others’ cultures, develop their individual potential, appreciate our common humanity and continue the important work of advancing America’s quest for a more perfect union.

In contrast, there is a new genre of ethnic studies — “liberated” ethnic studies — marketed as “the authentic” version. With ideological roots in the 1960s Black Power movement’s neo-Marxist and liberationist and university-promoted critical theory, “liberated” ethnic studies is part of a political movement centered on race consciousness that seems intent on alienating youth from our institutions. Presenting non-whites as victims and whites, individually and collectively through institutions, as oppressors, liberationists hope to create activists who will radically transform their schools, their communities and our nation.

Most distressingly, liberationists’ emphasis on victimization narrows students’ perspectives and deprives students of the agency they need to reach their fullest potential.

A few years ago this crucial choice — between an inclusive and a liberated ethnic studies — came into dramatic focus when members of the California State Board of Education and the public, supported by Gov. Gavin Newsom, sharply criticized the first California Ethnic Studies Model Curriculum draft. Developed by liberated ethnic studies advocates, their draft was replete with liberationist principles, jargon, lessons and activities.

The Department of Education took to heart 100,000 public comments expressing concern and the State Board approved a more balanced guide.

Undeterred, liberationists now are approaching individual school districts with curriculum framed around the same principles that caused this commotion.  Their materials are easy to spot.  The reading list will often feature Paulo Freire’s “Pedagogy of the Oppressed” and Tolteka Cuauhtin’s “Rethinking Ethnic Studies.” Their content will often emphasize “critical consciousness,” “indigeneity,” “hegemony,” “oppression” and “decolonialization.“

This spring, these controversial principles surfaced in the push to make ethnic studies a University of California admissions requirement along with “heteropatriarchy” and questioning “objectivity,” “neutrality,” “freedom from bias,” “color-blindness,” “meritocracy,” and “traditional Western educational approaches and practices” in their guidelines and criteria.  Setting off alarm bells, their proposal has been thwarted for now.

So, local educators, be alert. Scrutinize the ethnic studies options presented to you. Adopt an ethnic studies course and accompanied professional development that is inclusive. Equally important, be transparent. Welcome input on your proposed curriculum and resources and discuss them openly in public forums.

Developing young citizens devoted to a unified, diverse and democratic society with dignity, fair treatment and justice for all Americans is a daunting but crucial educational task.

For our democracy to survive, each new generation must embrace democratic values and respect common humanity. Consequently, school districts should provide fact-based history courses and a robust civics education. Ethnic studies courses should complement these efforts by teaching critical thinking skills that value context and objectivity and reinforcing our country’s long-held democratic practices and ideals.

Bill Honig is a former California state superintendent, and subsequently chair and vice chair of the California Instructional Quality Commission. An expanded version of this commentary can be found here.