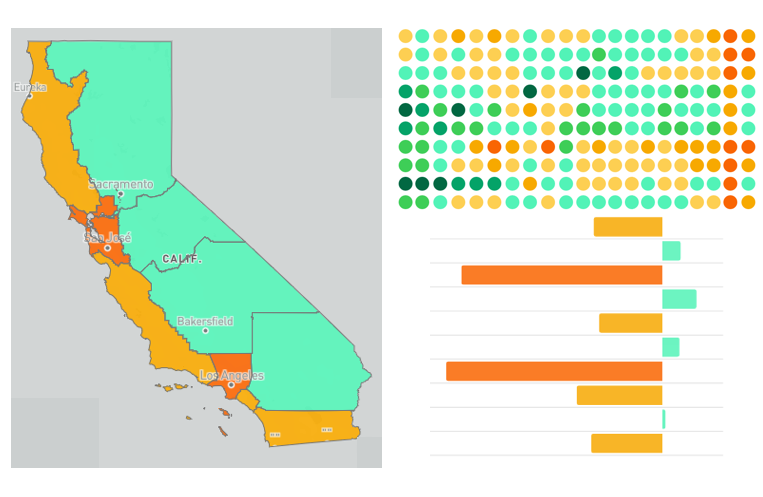 For two decades, K-12 enrollment in California was stable, hovering between 6.1 million and 6.2 million students. But within the state, there was movement: sharp enrollment declines in coastal counties – the rural north and urban Los Angeles and Orange County, where housing prices outpaced incomes – and sharp increases inland, as families moved east to bigger lots and cheaper homes. Enrollments rose between 16.6% and 26.2% in “Superior California,” which includes the Sacramento area and its exurbs, the Inland Empire and the northern and southern San Joaquin Valley regions. In 2020-21, the first full year of the pandemic, enrollment fell by 160,000 students statewide, primarily among the youngest students, as parents in many districts didn’t enroll kindergartners and first-graders. New data for the 2021-22 school year dashed any hopes of a rebound with enrollment dropping under 6 million students for the first time in two decades. And demographers project even more loss by 2030, even with a post-pandemic recovery. See our complete coverage of California’s enrollment rollercoaster here.

Click and drag the circle to see enrollment changes from 2001 through 2021.