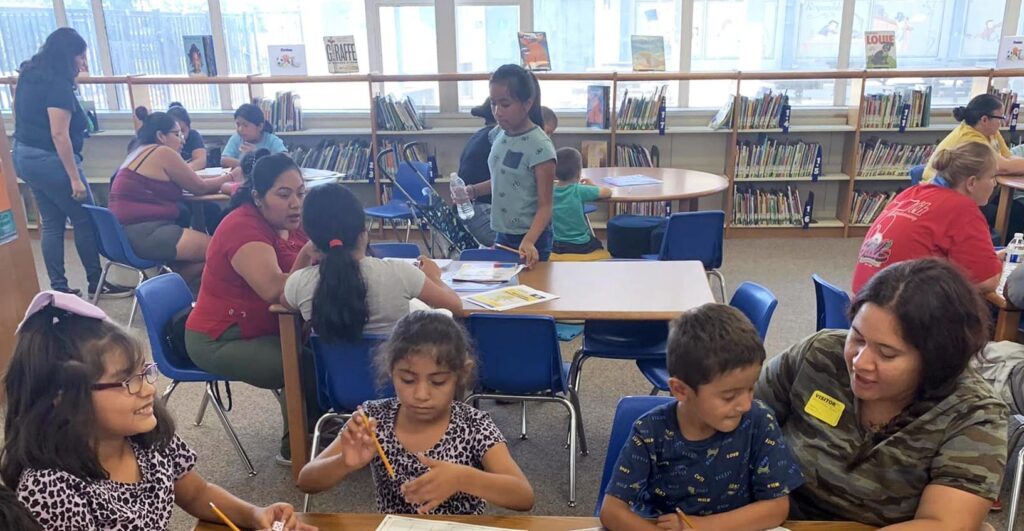 Citizen-initiated measures would require only a simple majority vote, not two-thirds 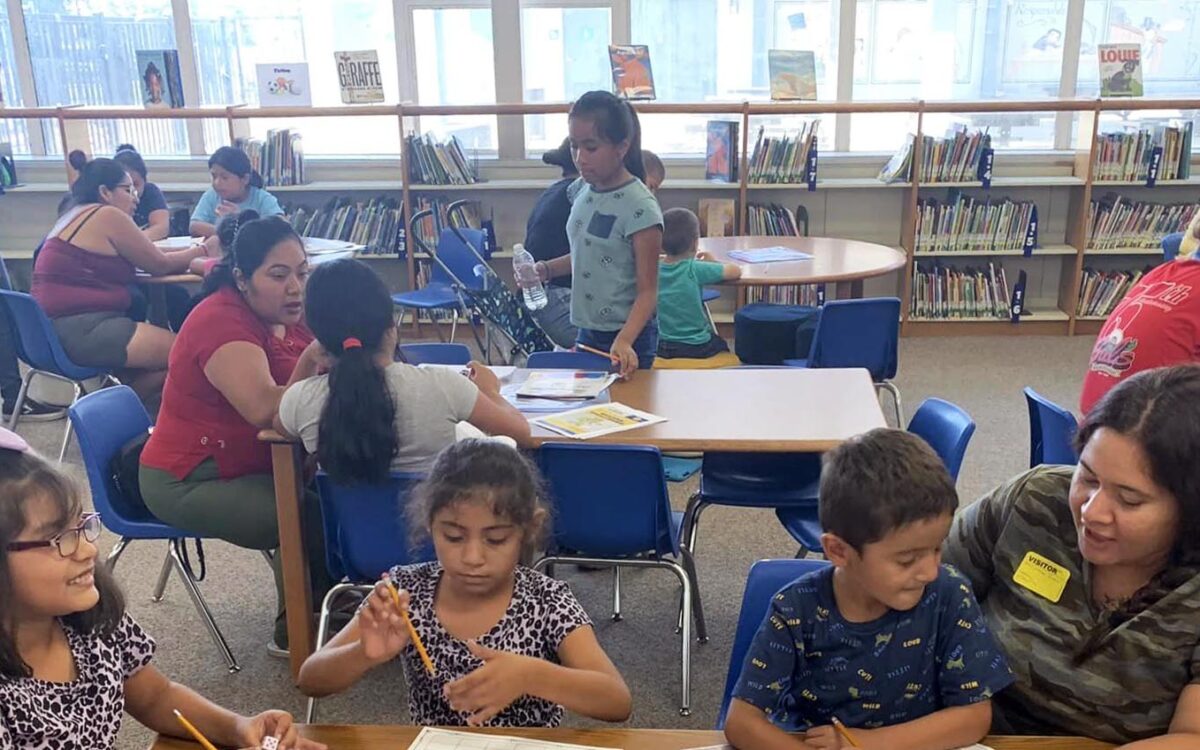 Last month, 52.7% of the 438 school district voters in the unincorporated low-income Central Valley farm communities of Cutler and Orosi voted in favor of a parcel tax. But as also happened four years earlier, that wasn’t enough. Supporters fell several dozen votes shy of the two-thirds majority they needed to pass a $48 per property tax to fund staff for summer youth sports.

“We are building a new auditorium and aquatic center; we were looking for a funding source to hire lifeguards and a director of recreation,” said Cutler-Orosi Joint Unified Superintendent Yolanda Valdez, who grew up in Orosi, a dozen miles north of Visalia. “We want to give our kids what other middle-class communities offer. Our kids do not know how to swim.”

Next election, they may have better odds.

In July 2021, three judges on the Court of Appeal in San Francisco did what Democratic legislators have talked about doing for years: lowering the requirement for passing a school district parcel tax from two-thirds approval to a simple majority. Over four decades, about 2 in 5 tax measures failed for lack of a two-thirds majority. Many districts looked at the barrier and decided the odds of failure were too big to try, said Megan Baier, a legislative advocate for the Association of California School Administrators.

“The threshold is really high. The amount of people power and funds to put a parcel tax on the ballot is an incredible lift. If there is not a good chance, districts will not move forward,” she said.

The court’s monumental but barely noticed decision should make it much easier for voters in more districts to raise extra funding to support their schools, perhaps through parent groups, teachers and civic organizations — with or without the tacit consent of the school board.

“I am amazed how silent it has been (about the decision). Schools continue to have financial needs, and this is an important way of meeting that. This is quite a huge story, and no one has picked up on it,” said Carol Kocivar, a former president of the California State PTA and attorney from San Francisco who has written about the decision for the education website Ed100.

But there’s a catch, which may partly explain why the idea has yet to catch on. The unanimous decision by three judges on the San Francisco-based 1st District Court of Appeal applies only to citizen-initiated parcel tax measures.

Until now, most parcel taxes have been placed before voters by school boards. And district-initiated parcel taxes fall under Proposition 13, the 1978 anti-tax initiative that cut the property tax rate to 1% of assessed value and required all “special taxes” — those not used for general purposes — to be approved by two-thirds of voters. A 1996 state ballot proposition subsequently amended the state constitution to define a school parcel tax as a special tax.

Because Proposition 13 also bans new property taxes based on the value of a property, parcel taxes must be uniform. Therefore, owners of a vacant lot and a 10-bedroom mansion both pay the same amount. (A few parcel taxes have used a rate based on square footage.)

Many parcel taxes are in the $100 per year range and specify how the money will be used, such as on music and arts programs. But a few wealthy communities have passed parcel taxes for hundreds of dollars, widening a revenue gap with poor districts. On the same day that a parcel tax foundered in Cutler-Orosi, where 96% of families are low-income, 3 out of 4 voters in Ross passed a $1,500 parcel tax for the Ross Elementary School District. It will be used to attract and retain highly qualified teachers; maintain low student-to-teacher ratios and support the visual and performing arts and technology integration. The median-priced house in Ross, in Marin County, sold for $4.7 million in 2021.

In its decision, the Court of Appeal ruled that San Francisco Unified’s Proposition G in 2018, which citizens placed on the ballot, didn’t require a supermajority since Proposition 13 specifically applied restrictions only to governments’ authority to tax. It didn’t displace “the people’s power to enact initiatives by majority vote,” the ruling said.

Proposition G was approved by 60% of voters; it established a $298 per parcel tax, with the bulk of the $50 million in revenue dedicated to salary increases for district staff. The money was set aside, accumulating to $150 million, while the issue of the majority threshold was litigated. As the case dragged on, voters passed a replacement parcel tax by more than a two-thirds majority.

Plaintiffs who appealed the case argued that citizens who filed Measure G were a front for the teachers union, which colluded with the district to put it on the ballot. Proponents of Measure G were trying to evade the intent of voters who passed Proposition 13, they said.

But the appellate court found that the three individuals who filed the proposed initiative with the required number of signatures met the law’s simple requirements. The law doesn’t require that they fund the effort or collect signatures.

“We find nothing inherently sinister about the fact that the District and the Union supported this proposition,” the judges wrote. “No law precludes a governmental entity “from publicly expressing an opinion with regard to the merits of a proposed ballot measure.”

The plaintiffs filed an appeal to the California Supreme Court, but in August 2021, it declined to hear the case. For now, parents, interest groups and others will point to the 1st Appellate Court ruling when deciding whether to pursue a parcel tax on the ballot by majority vote.

“The Supreme Court may not have loved the reasoning, and there may be a future decision, but the assumption was the court decided not to take the case because it was OK with the result,” said Abe Hajela, founding partner of Capitol Advisors Group, a school consulting firm.

Only an estimated 10% of the state’s nearly 1,000 school districts have passed a parcel tax; some of those have done so multiple times. High-cost and high-wealth districts in the Bay Area and Los Angeles predominate. According to Ed-Data, from 1983 through 2021, voters approved 61% of proposed parcel taxes. An additional 30% failed but got more than 55% support; those are the districts that could capitalize on the court decision.

Little awareness or interest so far

The Court of Appeal ruling has yet to churn up interest in the year since it was issued. Neither the California School Boards Association nor the administrators’ association has expressed much interest. Baier said she hadn’t heard of it.

Citizen groups that want to pursue the option should be aware a cloud on the horizon. The Howard Jarvis Taxpayers Association, an anti-taxation organization, is pushing a measure for the 2024 state election ballot that, among its provisions, would ban the citizens’ option by majority vote, retroactive to Jan. 1, 2022. Supporters have already collected more than enough signatures to qualify, said Jon Coupal, the group’s president.

There were only seven parcel taxes on the ballot in November, an unusually low number; two years ago, there were 28, with half passing. Cutler-Orosi’s parcel tax was the only one of the seven TK-12 district parcel taxes to fail in November. A citizens-initiated parcel tax to raise more money for San Francisco City College, which has been criticized for years for financial mismanagement, failed to get 50%. San Francisco Mayor London Breed opposed it.

Valdez said she’d be interested in knowing more about the court decision allowing a majority vote and trying a third time in Cutler-Orosi. School districts are prohibited from using district money to run a parcel tax campaign, so parents were involved anyway. The challenge was that the largest property owner in the district, who owned many parcels, organized against it.

“I am going to seek more about the decision and see what we can do with that,” she said. “We got donations. People gave up their time for this. It was very citizens-like.”