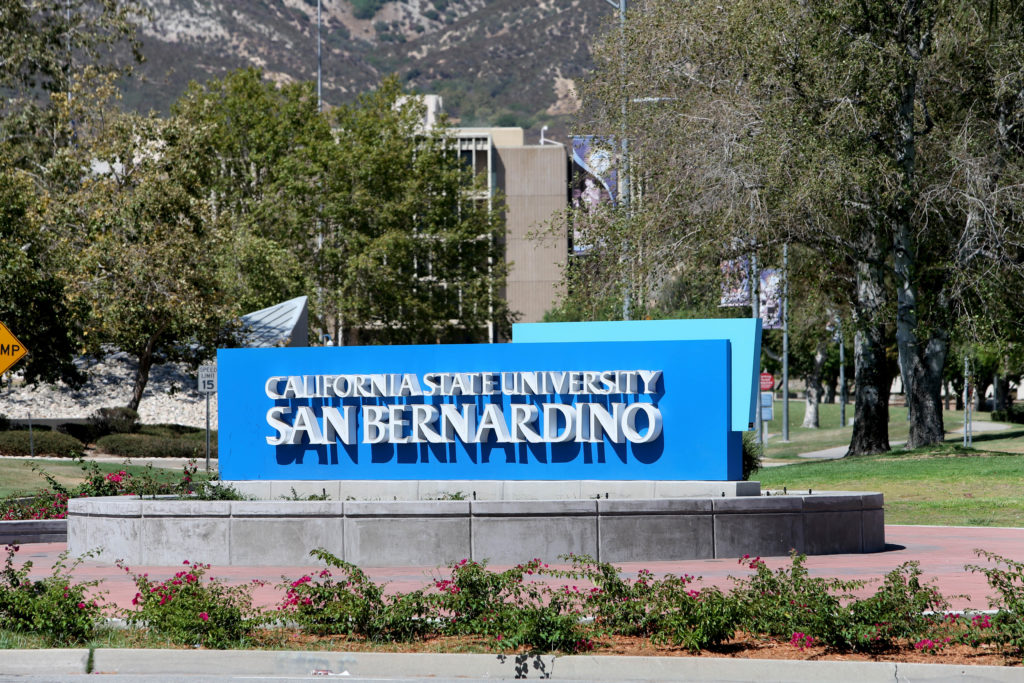 Faculty union expresses outrage at CSU board and demands accountability. 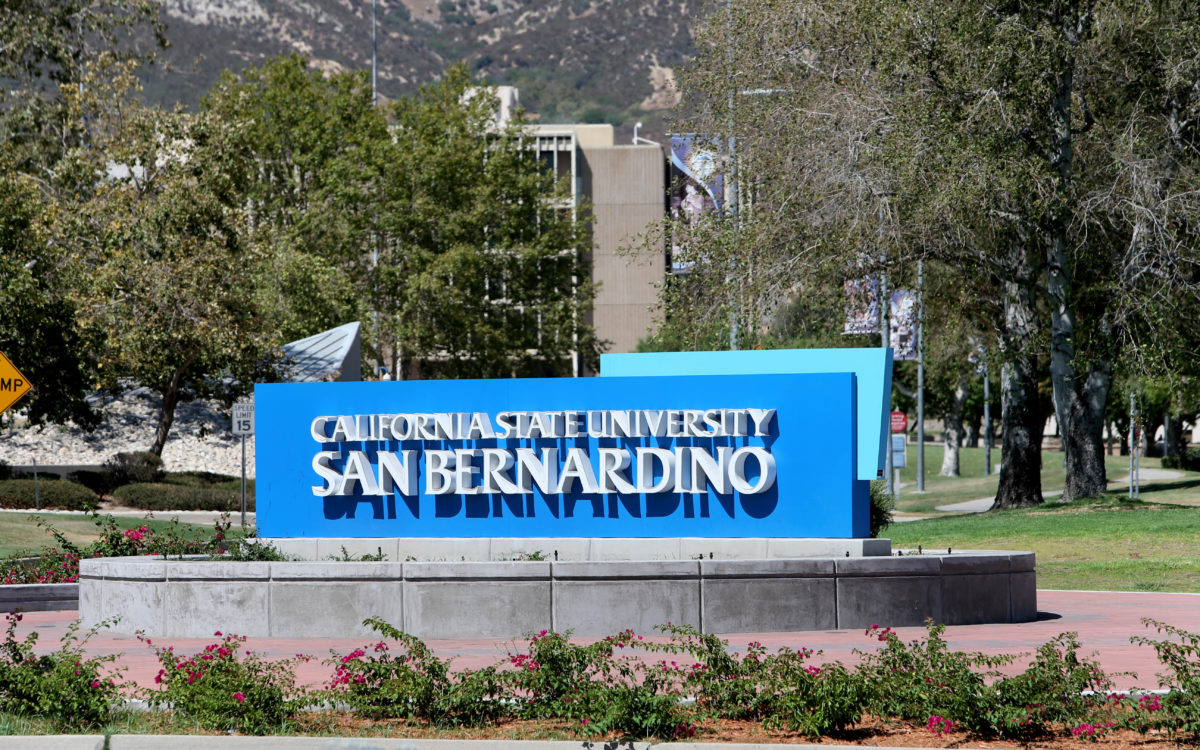 Corinne McCurdy/CSUSB
CSU faculty turned up the heat Tuesday on trustees amid new allegations arising from CSU San Bernardino members that they've allowed campus administrators to harass and retaliate against staff members who complain of sexual harassment and misconduct.

Corinne McCurdy/CSUSB
CSU faculty turned up the heat Tuesday on trustees amid new allegations arising from CSU San Bernardino members that they've allowed campus administrators to harass and retaliate against staff members who complain of sexual harassment and misconduct.

Cal State’s Board of Trustees is under fire for allowing campus leaders to ignore sexual harassment and racial discrimination complaints made by faculty and students across the 23-campus system.

During Tuesday’s board meeting, trustees heard faculty members detail racism and workplace retaliation incidents, including against an employee who alleges she was sexually assaulted on campus and ignored by campus administration.

The outrage at the board’s alleged lack of accountability and action to address the problems comes after months of reporting by various news outlets, including EdSource, that the system has seen several sexual harassment and misconduct cases involving management. The most prominent led to the resignation in February of Chancellor Joseph I. Castro amid outcries that he failed to handle sexual harassment complaints against an administrator while Castro was president of Fresno State between 2013 and 2020.

And now, at CSU San Bernardino, seven-year employee Paige Griffin alleges that a co-worker sexually assaulted her and that campus President Tomas Morales and his administration failed to provide her with reasonable accommodations when she experienced trauma and anxiety following the assault.

Charges of harassment and retaliation

Griffin detailed for the trustees that in March a co-worker sexually assaulted her and “forcibly held my face against his face to where I could not pull back.” She reported the incident to the university police and used all of her vacation and sick time following the attack. But her request to work remotely or transfer to another department was denied. Griffin said she also was threatened with disciplinary action for missing work. She also has filed a complaint with the California Department of Fair Employment and Housing.

Griffin said the man who she said attacked her is on paid leave.

“Coming back to that space where the assault occurred, I experienced extreme fear, anxiety and nervousness,” she said. “President Morales, with all due respect, I am extremely disappointed with your lack of concern and compassion.”

A spokesperson for the San Bernardino campus said Morales and the university would not comment on any ongoing investigations. No one has been arrested in this incident, according to the spokesperson.

But other San Bernardino employees told the board they, too, faced retaliation and harassment for speaking out against poor working conditions on the campus.

Robie Madrigal, a San Bernardino communication specialist, said he’s “seen things that are not right and not just at Cal State San Bernardino,” including retaliation against employees who express concerns about unsafe working conditions, discrimination and harassment.

The California Faculty Association, which represents instructors in the CSU system, also accused the trustees of overlooking and ignoring campus leaders who have failed to address a series of sexual harassment and racial discrimination complaints. Monday, the association sent a letter to the board accusing the members of “impunity and incompetency.”

“Over the last three months, an unprecedented wave of reporting describes how the CSU system and campus administrations have failed survivors of sexual harassment and violence,” according to the letter. “The reporting reveals how the Title IX process was circumvented, overlooked, and misused, leading to a culture of leadership that lacks accountability.”

In March, the board unanimously approved a statewide review of Title IX practices across the system, a review of sexual harassment complaints at Fresno State, and launched a task force to examine separation agreements with executives. However, faculty groups continue to demand that CSU agree to an external investigation.

The association is not the only faculty group to demand more from the board. In March, the CSU Academic Senate took a no-confidence vote in the trustees for their inability “to proactively and reactively address Title IX violations, broader cases of discrimination, harassment, and/or retaliation, and other forms of inappropriate behaviors by those in power within the CSU system as evidenced in their providing a sinecure to former Chancellor Castro.” The Senate referred to Castro’s faculty retreat rights to Cal Poly San Luis Obispo, which he has not accepted.

The board plans to address issues Wednesday that spilled over from the Castro resignation, including how it handles executive letters of recommendation, which Castro granted to Frank Lamas, the executive accused of sexual harassment, and faculty retreat rights, a provision in Castro’s contract that allowed him to fall back to a faculty position at Cal Poly San Luis Obispo.

On Wednesday, the Board didn’t directly address the retaliation and harassment allegations.

The faculty association also demanded the board fire Cal State LA President William Covino for how he has handled complaints of racial bias, harassment and discrimination on that campus.

Earlier this month, Cal State LA Pan-African studies professor Melina Abdullah, who is also a founder of the Black Lives Matter LA chapter, was forcibly removed by armed university police from a mayoral debate taking place on the campus. Covino said he wasn’t informed of Abdullah’s removal and apologized for the incident.

But other faculty, including Abdullah, told trustees that the incident was part of a pattern of behavior. “Bill Covino has a nine-year history of anti-blackness,” she said. For example, Abdullah said Covino attempted to eliminate graduations that celebrated ethnic and racial groups.

“If Bill Covino is enabling anti-Black racism and abuse of faculty, students and community members, how are you enabling him or holding him accountable?”

Covino  said in a statement that he doesn’t dismiss the feelings and concerns some students, faculty and staff have, but he called the allegations against him “inaccurate, misleading and unsubstantiated.”

“I am listening and I welcome inclusive dialogue,” he said.

In her first trustees’ meeting since replacing Castro, interim Chancellor Jolene Koester said she’s fully aware that “change is necessary and that we must do better.” The system will take a “hard and clear-eyed look” at its processes, policies and organizational structures and make obvious and necessary changes.

“Recent events and revelations have made it clear, sometimes pretty painfully clear, that we have not always carried out our work in a matter that was true to our core values,” she said. “We must restore trust among all our constituents and stakeholders.”