Bill would give $25,000 to aspiring school counselors, social workers 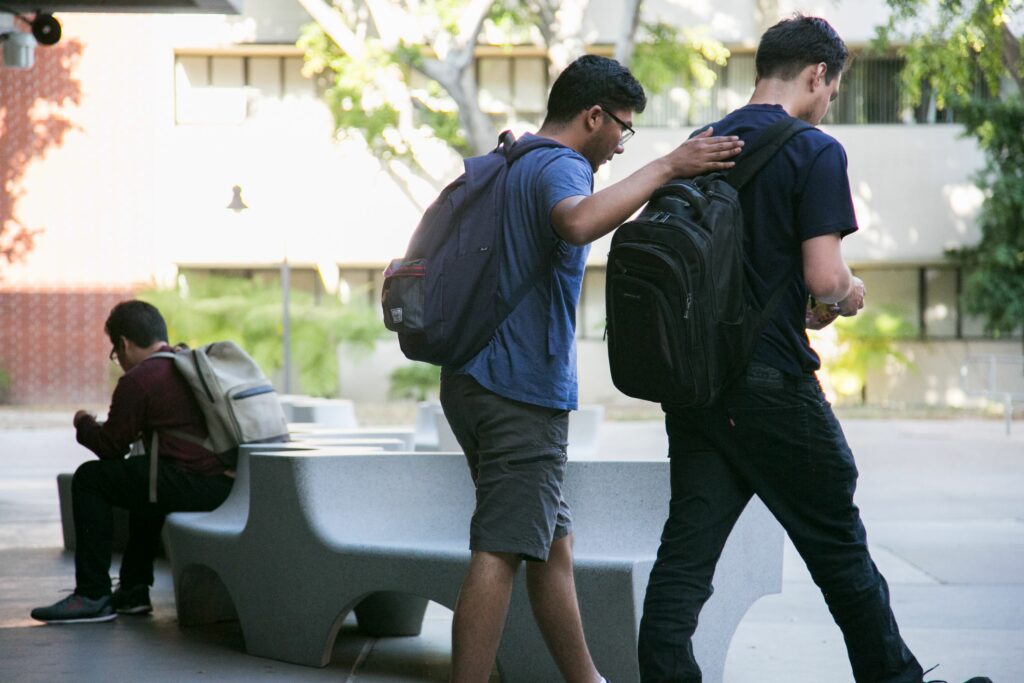 The aim is to help ease mental health problems among California students. 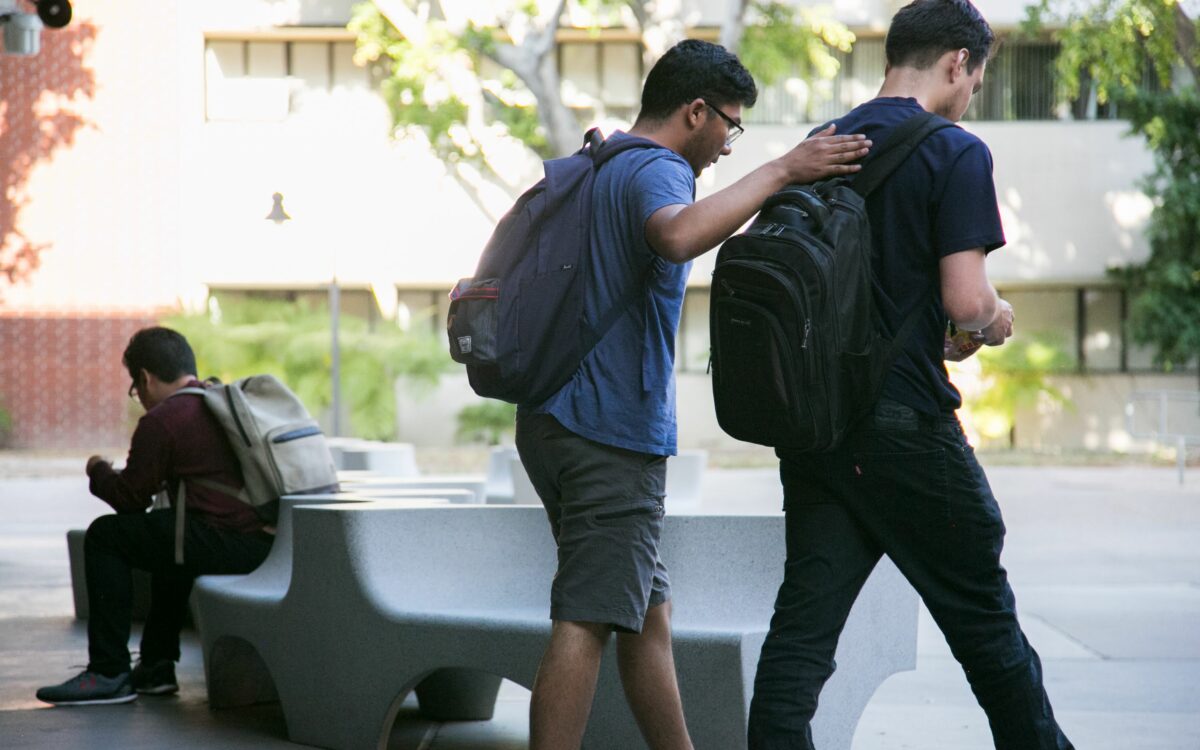 Julie Leopo for EdSource
SB 1229 would provide grants of up to $25,000 for people pursuing careers in the youth mental health field.

Julie Leopo for EdSource
SB 1229 would provide grants of up to $25,000 for people pursuing careers in the youth mental health field.

Bailey Adling would stay up some days until 3 a.m. studying for his master’s degree in school counseling, and then wake up at 7 a.m. to work a full day as a substitute teacher. He was so exhausted he often considered dropping out of the program.

While Priscilla Park was enrolled full-time in her graduate school counseling program, she taught school during the day and gave up her social life, while still paying off her six-figure undergraduate loans.

Even the state’s top educator, Superintendent Tony Thurmond, struggled to make ends meet while earning his master’s in social work 20 years ago. If he hadn’t had a paying internship, he said, he never would have managed.

Now Thurmond is pushing for a bill that would provide up to $25,000 in grants for students pursuing careers in school counseling, social work and other fields related to youth mental health. Senate bill 1229 aims to bring 10,000 new mental health professionals to California young people, who’ve struggled with soaring rates of depression, anxiety and stress.

“This is one of the most important bills that’ll come out of the Legislature this year,” Thurmond said. “Just about every student in California has suffered from mental health challenges. If the pandemic wasn’t enough, there’s the fallout from school shootings, wildfires, economic uncertainty. … We are at a critical moment, and we need to do everything we can to help.”

Gov. Gavin Newsom’s revised budget also includes incentives for those considering careers in school-based mental health. Under his proposal, the Golden State Teacher Grant Program would expand to include school counselors, social workers and psychologists, as well as teachers already eligible since 2020. Those who qualify could get up to $20,000 in grants to help offset the cost of tuition at public or private universities.

Under SB 1229, those grants could be $5,000 larger than the governor’s plan. If the bill passes, which is likely because so far it has no opposition, students could start receiving those grants as soon as this fall. The bill would cost $250 million overall, with the funds coming from the state surplus.

To become a school counselor in California, applicants must earn a master’s degree in school counseling, typically a two-year commitment that includes at least 600 hours of field work at a school. Those internships are often unpaid, which means many potential counselors take out loans to cover tuition as well as living expenses.

“It’s a really strategic way to ensure a strong, consistent workforce in school counseling,” Lopez-Perry said. “The need for financial assistance can be a barrier to diversity in the program, so this is a good way to address that.”

Because of the tuition costs and time commitment, most people who pursue school counseling degrees tend to be middle- or upper-income and white – despite the increasing diversity of the state’s K-12 population as a whole. Advocates have been calling for schools to recruit and hire more Black and Latino counselors, who might be better able to connect with students in those groups. According to SB 1229, almost 8 million Californians – many of them Black, Latino and Native American – live in communities with a shortage of mental health professionals.

If either or both SB 1229 and the governor’s budget proposal pass, they would provide a welcome respite for students in CSU graduate programs, who generally receive little financial aid and rely mostly on loans, said system spokeswoman Toni Molle.

“Offering $25,000 will assist students in paying for programs and potentially assist with the need to work full-time while pursuing a graduate degree,” she said. “It may also prompt students working in the field to return to school to pursue a graduate program.”

In some areas, a tight job market

One possible hitch for SB 1229 is the job market and Cal State’s capacity to train more school counselors. Since the pandemic, school districts throughout California have been hiring more counselors and social workers to address student mental health needs, but it’s still a tight job market in some regions for new graduates and the state doesn’t require districts to have any counselors or social workers at all.

A recent search on EdJoin, an online job board for California educators, showed 493 openings for school counselors. It’s unclear how an additional 10,000 counselors, social workers and other mental health professionals will be able to find work, especially in competitive areas like Los Angeles or the Bay Area.

But Thurmond is confident that districts will continue to expand their counseling and social worker staffs, and that those 10,000 new mental health professionals will find positions – especially in rural and low-income areas, where the need is higher. And they won’t be restricted to schools, according to the bill: they could also work at community clinics, public health agencies or nonprofits that provide mental health services to young people. The grants also aren’t limited to school counselors, social workers or psychologists – marriage or family therapists and clinical social workers and counselors are also eligible to participate.

San Bernardino City Unified is among the districts that’s been expanding its counseling staff, and is grateful for any efforts to increase and diversify the pool of qualified applicants. The district currently has 82 counselors and 65 psychologists, and recently hired 16 nurses and a social worker.

“It is important for our lawmakers to understand the diverse needs of our students and the resources and support structures that schools need to effectively service the ‘whole’ student, not just the academic part of the student,” district spokeswoman Maria Garcia said.

Recruiting 10,000 new mental health professionals won’t solve the mental health crisis overnight, nor will it work if it’s an isolated measure, Thurmond said. It’s meant to be part of the state’s broader effort to help young people who are struggling. The state’s recent $3 billion investment in community schools with on-campus clinics, along with investments in social-emotional learning, summer and after-school enrichment programs, links between Medi-Cal and schools, universal preschool and other initiatives are also meant to ease students through the past few years of hardship.

‘It would be a huge burden lifted’

For Priscilla Park, a recent school counseling graduate and resident of Buena Park, the road to becoming a school counselor started with her own experience as a high school student. The daughter of immigrants, she lacked guidance when applying for colleges, and ended up taking on far more debt than she was comfortable with when she enrolled in a private college in Illinois.

“I just thought it was something everyone did, that it was the price of an education,” Park said. “I didn’t have financial literacy.” She later enrolled in a counseling program at Cal State Long Beach.

While working as a school teacher, she knew it would be decades before she could pay off her college loans, a fact that hung over her constantly. By becoming a counselor, she could earn more money and prevent other students from making the same mistakes she did.

The idea of $25,000 grants, she said, “is amazing. It would be a huge burden lifted for so many students who are just barely making it – working multiple jobs, supporting families.”

For Bailey Adling, a $25,000 grant would have made a huge difference in his graduate school experience at Cal State Long Beach. For starters, he would not have had to work several days a week as a substitute teacher, allowing him to focus more on his classwork and internships.

“It’s hard. You’re trying to support students and be there for them, when you’re just trying to survive yourself, wondering if your basic needs are going to be met this month,” he said. “It takes a toll on your own mental health.”

As much as he struggled, Adling has no regrets. He plans to graduate with his master’s this summer and start working as a school counselor this fall. He’s already had five job interviews.

“Now that I’m almost done, I know that this is the career I love,” he said. “School counselors have such an important role to play. I’m so excited to be doing this work. It’s what I was meant to be.”

Thurmond worked as a youth social worker for about a decade in Oakland and elsewhere before running for public office. His experience with young people in need “has informed everything I’ve done as a legislator and as state superintendent,” he said.

But he knows firsthand how hard it can be to enter the profession. As a graduate student in social work at Bryn Mawr College in Pennsylvania, he felt lucky to land an internship that paid and a job that included housing. Without that, he said, he never would have graduated.

“I’m grateful we have resources right now to fund these initiatives,” Thurmond said. “No other state has prioritized student mental health as aggressively as California has. I hope other states head in the same direction.”