With Gov. Newsom's back-to-school plan all but doomed, what might it take to salvage it? 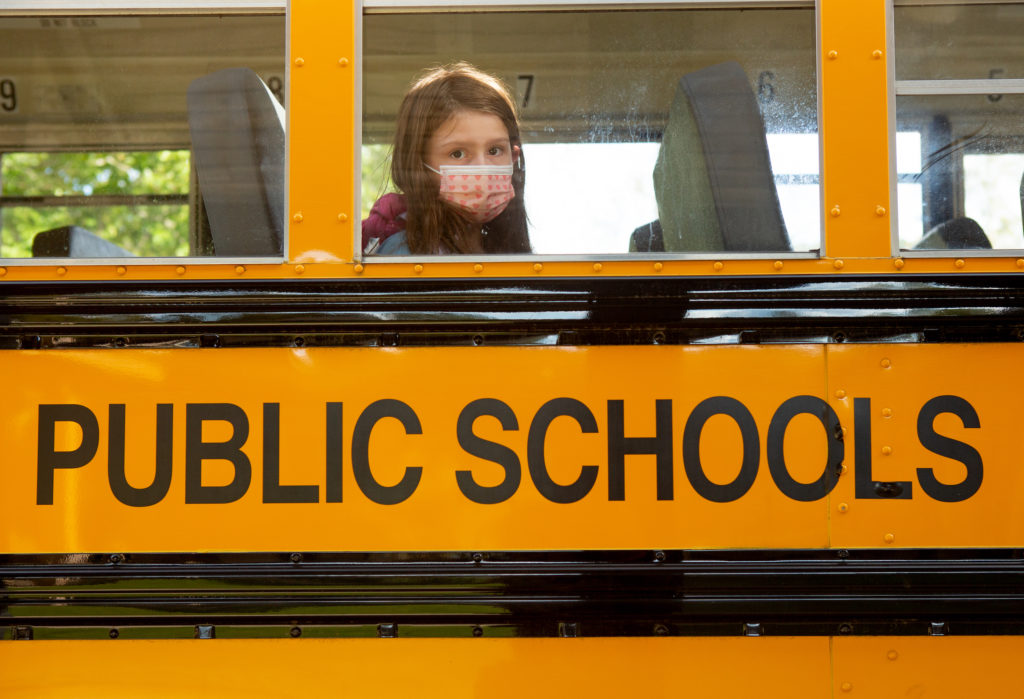 Negotiations continue to meet objections of school districts, alternative ideas of the Legislature 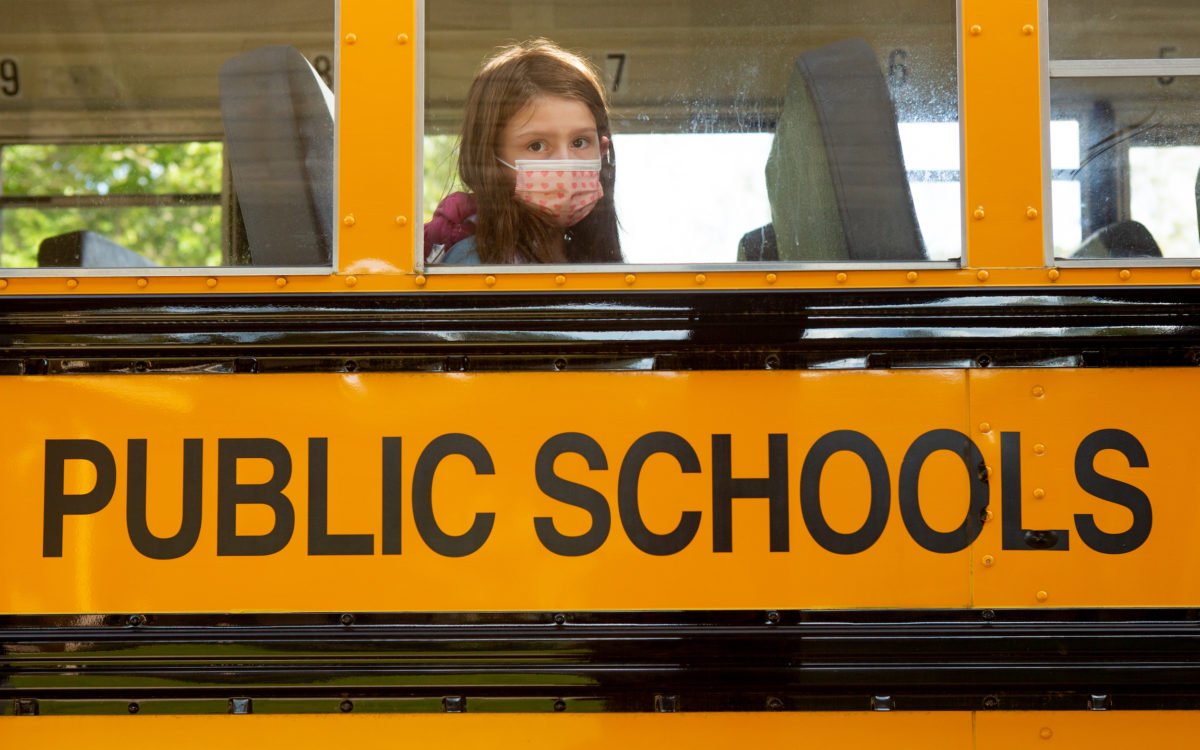 Odds are increasingly remote that Gov. Gavin Newsom’s plan to provide financial incentives for districts to reopen schools in February and March will get off the ground. During two hearings on the proposal, legislators repeated districts’ complaints that the initial Feb. 1 deadline to apply was unrealistic and should be pushed back.

Points of contention on Gov. Newsom’s $2 billion Safe Schools for All inducements

Incentives vs mandates to force schools to open for some students

Timing: Apply now to get state money vs. push back the date at least a month?

Priority students: The youngest students vs the most struggling students

Funding: Sufficient? Incentives only vs money for all schools

Vaccinations: Do more to vaccinate teachers and staff now

Testing: For all students coming back vs giving districts more flexibility

“Why is the administration holding to these days when all I am hearing from is districts that they will not be applying?” Sen. Connie Leyva, D-Chino, who chairs the Senate Education Committee, asked administration officials last week at a Senate hearing.

There’s no indication that the Legislature will act this week to approve the $2 billion the state would offer to districts that meet Newsom’s timeline and conditions. That needs to happen before the proposal can take effect. But the demise of one plan could lead to the birth of another.

On Tuesday, Jessica Holmes, a financial analyst with the California Department of Finance, acknowledged the Feb. 1 date may be pushed back. At an Assembly budget hearing, she indicated that continuing talks with legislative leaders could lead to substantive changes to the plan, including the start date, requirements for Covid testing and broader exemptions for dozens of school districts that had reopened schools for in-person instruction before the latest surge. 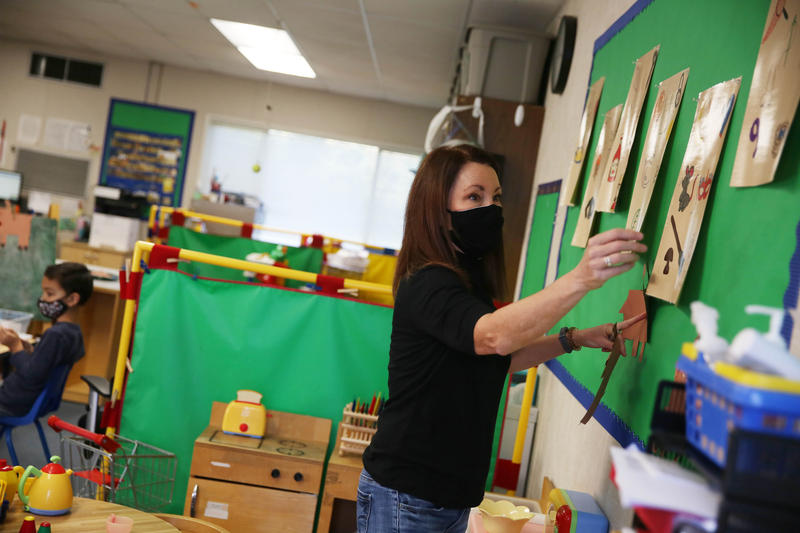 Superintendents have cited those issues and with ensuring staff vaccinations as obstacles deterring districts from participating in the programs.

“The governor’s reopening plan, combined with the lack of vaccination coordination, has set all school districts back to a weaker position than we were in October,” Palo Alto Unified Superintendent Don Austin said.

Meanwhile, the organization representing the state’s school superintendents and administrators, is advising districts to take a wait and see approach.

“It’s a moving target. Until there is negotiated agreement between the governor and Legislature, there is nothing to apply for,” said Edgar Zazueta, senior director of policy and government relations for the Association of California School Administrators.

Among those is Los Angeles Unified. In a symbolic gesture, Beutner announced Tuesday the district would submit a draft “application” for the incentive program to state officials to reaffirm its “good-faith effort to demonstrate our commitment to reopen schools as soon as possible and in the safest way possible.” But Newsom and Beutner, along with many superintendents, disagree over what that phrase means. Beutner said the district faces losing $275 million because of the state’s “flawed” approach.

Still, although legislators panned the specifics of Newsom’s incentives plan at the hearings, there may be room for compromise. Legislators reiterated that they share Newsom’s goal, as Assembly Budget Committee Chair Phil Ting, D-San Francisco, said Tuesday, “to reopen as soon and as safely as possible.”

Ting, whose staff is among those negotiating with the Newsom administration, is the primary author of Assembly Bill 10, which offers an alternative to Newsom’s approach to school reopenings. He said Tuesday he “would love to come to an agreement,” and didn’t dismiss that one might come soon.

Newsom’s plan relies on incentives to reopen schools when Covid rates fall in each county to the upper range of the “purple tier” of the state’s pandemic monitoring system — 25 positive cases per 100,000 county residents. The system is color-coded from yellow to purple, the most restrictive. Currently, many counties, including Los Angeles, San Diego, Fresno and Riverside, have double to triple the rate Newsom outlines in his plan. The California Teachers Association has consistently said that they don’t want to send teachers back in the purple tier, calling it non-negotiable.

Districts that don’t seek the money can decide on their own, based on negotiations with their employee unions, when or if to reopen this year.

AB 10 would mandate that all districts that haven’t already reopened must adopt comprehensive plans to send students back within two weeks of Covid rates falling to the red, orange or yellow tiers, with much lower infection rates than purple. The threshold for the red tier is 4 to 7 positive cases per 100,000 residents. For districts that since last fall had been negotiating with labor unions to return to campuses in the red tier, AB 10 would eliminate that point of contention.

“We have been ready to move in red. It feels like the goalposts moved with new requirements,” Shelly Viramontez, Campbell Union School District superintendent, testified at the Senate hearing.

Newsom’s plan would require first sending back elementary school students — transitional kindergarten to sixth grade — who are least likely to catch the virus and transmit it, with no timeline for sending back middle school and high school students. Districts would also have to accommodate — in small groups — students with disabilities, homeless and foster children, and students without internet access at home.

AB 10 would not dictate the order in which students return, but, at a minimum, districts would have to prioritize the most struggling students: those who have been chronically absent, low-income, English learners and foster children who have performed below grade level and students at risk of not graduating from high school. This approach could work for districts with persistently high Covid rates that question the value of reopening for all students with only a month or two left in the school year.

Even if they could blend Newsom’s and Ting’s approaches, negotiators would have to address a number of contentious issues:

Timing: Covid rates would determine when students would return to campuses, but Newsom’s decision to require all districts to negotiate terms of their safety plan and submit it by Feb. 1 to get the money is backfiring. Districts say the daunting logistics of setting up Covid testing systems and negotiating with unions can’t be done that quickly. Pushing back the deadline a month or six weeks would give districts more time to set up testing and educate parents about the health data supporting returning to school. If Covid rates plummet nationwide, as Columbia University scientists project (see graph), then less frequent and less expensive surveillance testing would be required. On Wednesday, Los Angeles County Public Health Department Director Barbara Ferrer projected that the fast-falling infection rate in the county could reach the level permitting the return of elementary school students by the second week in February.

Vaccinations: Newsom didn’t include vaccination requirements in his “Safe Schools for All” plan, but many teachers and classified workers say getting it is a condition for returning to campuses. Without a concerted effort by districts and county offices of education to organize vaccination clinics for school employees, employees in some counties may not get the first of two shots until March, jeopardizing a return to school before summer.

Testing: In a letter to Newsom, Beutner and superintendents of six other large urban districts want the state to pay the full cost of testing — perhaps the most expensive item to reopening schools — in addition to the $2 billion in state funding. At the hearings, Homes said a discounted testing price for schools that use a state-built lab in Valencia and a Medi-Cal exemption the state is seeking from the Biden administration to cover testing costs for students will substantially lower districts’ expenses.

“We are working very hard to ensure that the testing component is not the biggest barrier in all of this and is made as inexpensive and efficient as possible for schools,” she said.

Covid testing of all staff and consenting students would be done as often as weekly for schools in the purple tier under the governor’s plan. School management organizations representing school boards, administrators and small districts want to work with local health officials to modify some requirements.

Funding: Money may not be the issue thwarting reopening, as some superintendents assert, but it remains an issue. San Diego Unified board President Richard Barrera expressed the view of many districts when he called for rolling the $2 billion into the larger $4.6 billion that Newsom is proposing for school districts to reopen, to provide extra learning time and reacclimate students to the classroom. “Allow us to use resources to meet needs now and plan for the summer and then the next year,” he testified at last week’s hearing.

But on this one key point, the Newsom administration, Ting, Assembly Education Chairman Patrick O’Donnell, D-Long Beach, and co-authors of AB 10 agree: More money, without pressure to reopen — whether incentives or mandates — won’t force all districts to send at least some students back to class this school year, where they need to be after nearly a year under distance learning.

“We are trying to salvage as much of the school year as possible, knowing we are in January,” Holmes said.

Last summer, Ting said, Newsom directed $5 billion in federal money to help bring back students in the summer and fall, when infection rates were lower, but most districts missed that opening and held on to the bulk of the money.

“We don’t want to repeat the mistake when we gave out resources to open up, and it did not happen,” Ting said.

Leave a Reply to Dayle Ross