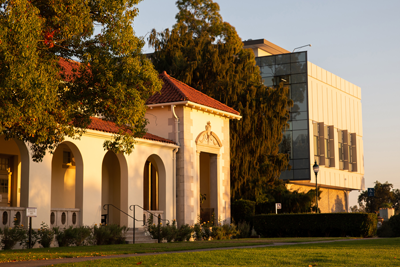 One year ago, Journee Bradford launched a petition drive urging Whittier College, the school she attended, to observe Martin Luther King Jr. Day. That led to other demands for more diverse faculty and improving enrollment and retention for the few Black students on campus.

Because of Bradford’s initiative, despite attending classes virtually because of the coronavirus pandemic, Whittie’s students will join millions to celebrate MLK Day on Monday and Cesar Chavez Day on March 31 for the first time in school history. Bradford said students are organizing a Black History Jeopardy over Instagram Live with giftcards to winners.

And she’s done so much more.

Bradford’s efforts caught the attention of author and philanthropist MacKenzie Scott, who in December stunned the world of philanthropy by donating $4.16 billion to 384 colleges and community groups around the country, including $12 million to

Whittier — the largest single gift in the history of the Los Angeles-area campus in Whittier between Los Angeles and Orange County.

Scott is best known for her role in the founding of Amazon and her divorce from company founder Jeff Bezos making her among the wealthiest people in the world.

“When I saw the tweet about her making the donation, I was really shocked and kind of excited,” said Bradford, who is double-majoring in business and entertainment management and double-minoring in Spanish and music.

Whittier wasn’t the only California-based college to receive a donation from Scott. Mount Saint Mary’s University, in Los Angeles, a private Catholic institution, received a $15 million donation — the largest in that school’s history. In California, they were the only two colleges to receive donations which also went to other non-profits like Central California Food Bank and United Way California Capital.

She was driven to help by what she saw: “This pandemic has been a wrecking ball in the lives of Americans already struggling. Economic losses and health outcomes alike have been worse for women, for people of color and for people living in poverty. Meanwhile, it has substantially increased the wealth of billionaires.”

Scott let each organization and college decide how to use the money.

Although their plans are still early, Whittier and Mount Saint Mary’s said their funding would go to scholarships and plans to create new programs and initiatives to support students of color and women.

“We want new programs that will meet the needs of the Los Angeles community and the interest of our students,” Mount Saint Mary’s President Ann McElaney-Johnson said. More than 60% of the college’s 3,000 students are low-income and qualify for federal Pell Grants, with nearly all students dependent on financial aid; 82% are women of color. A majority are first-generation, she said.

“We want to significantly increase women’s leadership opportunities,” she said.

Helen Umana, a fourth-year business administration student at Mount Saint Mary, said she became a student leader at the college because of encouragement from the staff. Umana holds various leadership positions on campus, including being student government president.

Umana said she didn’t see herself pursuing leadership opportunities until the other women at the college encouraged her.

“I’m hoping more people like me who are first-generation, people of color, low-income and even undocumented students get these opportunities,” she said. “That’s what the Mount already offers, but being able to have more of those programs available would be great.”

Oubre described Whittier College as a minority-serving institution. Of its 1,700 students, nearly 70% are students of color and 60% are women. Half identify as Latino or Latina.

In the two years since she became the college’s first Black president, Oubre said they’ve been working to increase diversity among the faculty and introduce programs to advance equity and inclusion. Oubre said the Scott donation would help those efforts.

“It’s not just about having the diversity,” she said. “What’s really important is having an institution that is equitable and inclusive. Every student that comes here is supported, and they can graduate, and they have a life after graduation.”

Oubre was eager to help Bradford with her petition for the college to observe MLK Day. And Bradford said that while two years haven’t given Oubre a long enough time to change the Whittier campus dramatically, it’s been “refreshing to see the change she has been able to do in that time.” For example, Oubre promoted three women in the college to her administrative cabinet in her first year to include more gender, ethnic and LGBTQ diversity in leadership.

Bradford also called the donation “bittersweet.” As a senior, Bradford will graduate this spring, and she said, “it’s frustrating personally because I won’t be able to see everything that will fully change on campus.”

Bradford also feels proud that she laid the groundwork for future students, especially Black students, to advocate for themselves and become leaders in the college. She started the college’s Black Student Association and is president of the Violence and Intervention Prevention Coalition, an organization that aims to prevent and raise awareness about sexual assault, dating-domestic violence and stalking.

“The donation definitely made me feel that I achieved my purpose with the petition, so it’s good to see all that change,” she said. “Hopefully, some of this money can go toward scholarship and recruitment to help out Black students in our school.”