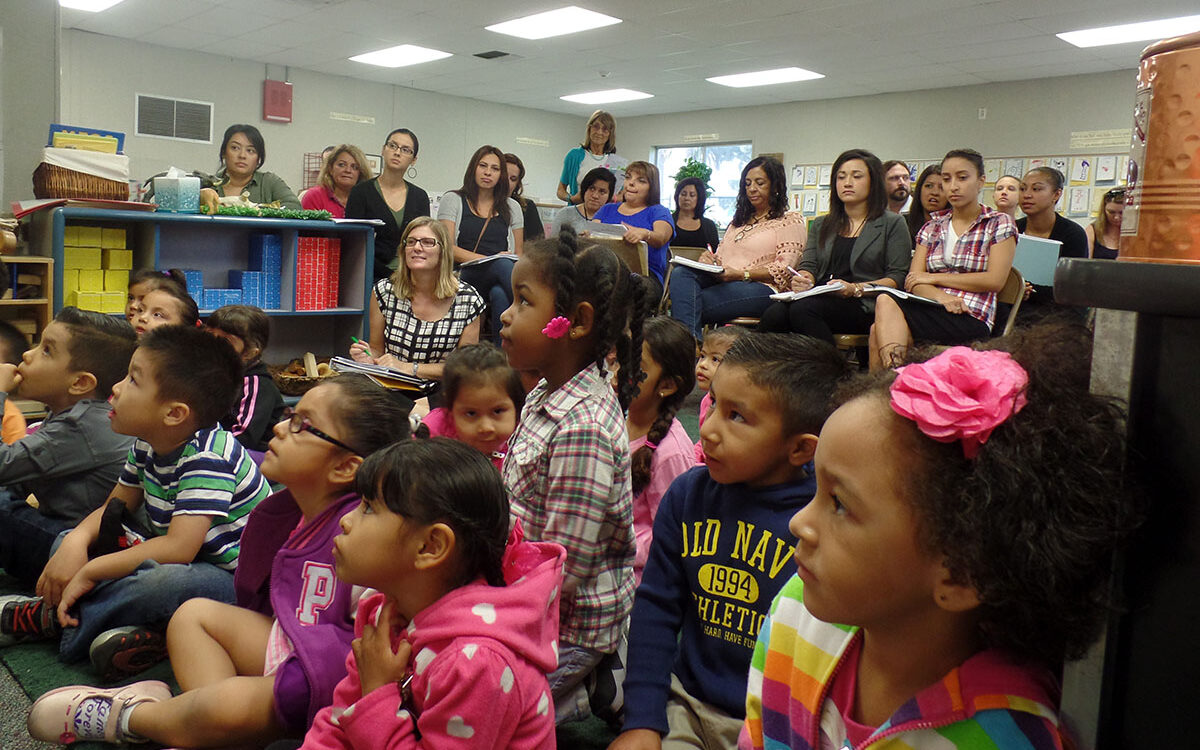 Gov. Gavin Newsom and state legislators plan to use part of the state’s unexpected surplus to expand transitional kindergarten to all California 4-year-olds, making it a new grade in the K-12 public school system.

But some early childhood advocates are calling for lawmakers to allow preschools, child care centers and Head Start programs to participate, as well, as part of a “mixed delivery” system.

The debate over a mixed delivery system, in which state-funded early learning programs could be held in a variety of community-based settings and not solely through public schools, revolves around issues of quality, equity and funding. Legislators and some early education advocates believe in a centralized approach, viewing transitional kindergarten, or TK, as a new public school grade that shouldn’t be outsourced.

Other early childhood advocates believe it is more important to incorporate TK in the existing child care system, which has long been in crisis. Child care providers who support mixed delivery believe that quality is more important than program type or setting.

“The question is: Why wouldn’t our policymakers allow TK to be open to qualified, nationally accredited child care programs, as many other states do?” said Christopher Maricle, executive director of Head Start California, and Teri Davies, senior vice president of the Learning Care Group, in a commentary for EdSource. “By giving California families options for care and avoiding a crumbling of the child care sector, it seems to be the only solution that makes sense.”

Transitional kindergarten, a steppingstone from preschool to kindergarten, began in California in 2012 to serve children who turn 5 between Sept. 2 and Dec. 2, narrowly missing the cutoff for traditional kindergarten. Some of the state’s largest districts, however, such as Los Angeles Unified and San Diego Unified, already offer TK to most, if not all, 4-year-olds. The program now serves about 100,000 children in the state’s public schools.

The governor and the Legislature’s proposal for universal TK would gradually open the program to all 4-year-olds amid mounting evidence that early learning experiences shape the adult brain. While some advocates and members of the Legislature have been pushing for a rollout of universal transitional kindergarten for years, the proposal to expand it only within the K-12 framework has caused concerns.

Some early childhood experts worry that approach would financially strain the state’s child care system, which has already been weakened by the pandemic, by taking away its 4-year-olds. The child care system consists of state-subsidized child care centers, family child care homes and preschools as well as private providers.

“To introduce TK only in public schools without a plan to adequately address the early childhood education system that already exists is a slap in the face to the 116,000 people already doing this work every day in California,” said Lea Austin, executive director of Berkeley’s Center for the Study of Child Care Employment. “These are the same educators who, under immense pressure and with nary a dime from the state or federal government for nearly a year under the pandemic, continued to show up for California families to provide child care and education to children from infancy well into elementary school age.”

A mixed delivery system would both expand access to transitional kindergarten, some say, and protect the viability of the child care system, which lost about 3,700 providers during the public health crisis.

“The states that have done pre-K or TK well have partnered with all the different kinds of providers in doing so,” said Jamie Mauhay, director of governmental and external affairs for Head Start California. “States like New York, like New Jersey, they’re smaller states compared to California. We absolutely have to do it. It’s necessary to partner with all of the different kinds of providers because of the diversity of the needs of the families of the state.” 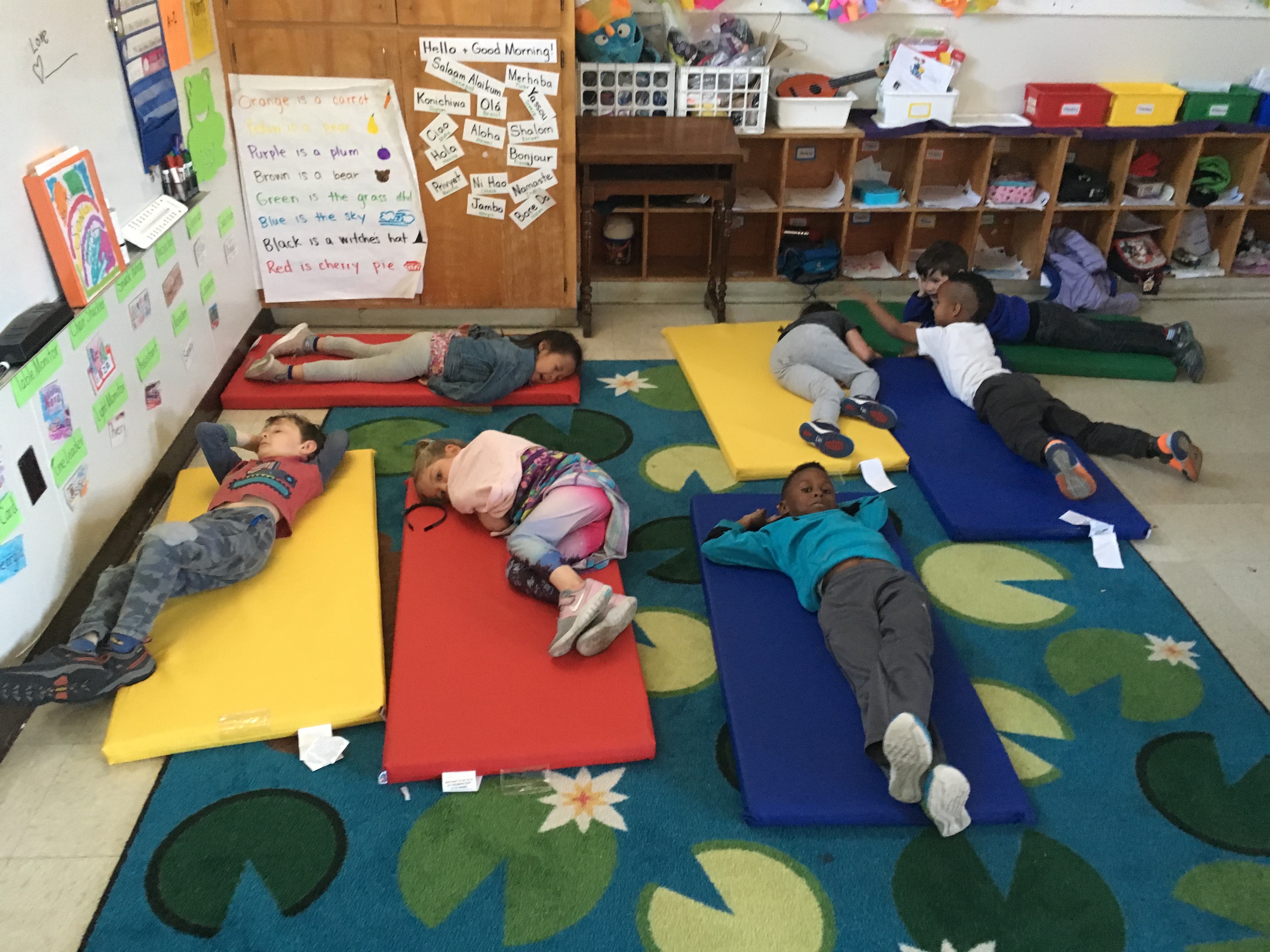 A collaborative model is worth considering when expanding transitional kindergarten, some experts say, especially given the need for enough classrooms and teachers to serve all the state’s 4-year-olds. In New Jersey, school districts contract out some of their universal pre-K programs to private providers.

“The contracted private providers must meet all the same standards as public schools, including for teacher qualifications and pay, and they receive all the same district support for professional development, special education, etc.,” said W. Steven Barnett, senior co-director of the National Institute for Early Education Research, an independent research and policy organization based at Rutgers University. “This makes them part of the school system.”

Community-based programs are better suited to fit the myriad needs of families, some say, such as shifting work schedules and children who prefer a single caregiving setting.

“Young children crave stability. They need routine. We can provide that,” said Beatriz Leyva-Cutler, executive director of BAHIA, which provides bilingual child care and education in Berkeley. “Families have needs, and they deserve to pick the program that works for them. Some families need 10 hours of care, they need hot meals. Public schools can’t provide that, and we can.”

However, other early childhood advocates point out that the Legislature’s plan includes a full day of transitional kindergarten paired with before and after care through the California State Preschool Program, which includes a variety of child care providers and preschools that appeal to different families.

The Legislature’s plan also fleshes out the governor’s budget to require the kind of smaller class ratios and developmentally appropriate curriculum for young children. It also includes $250 million for workforce training and $300 million for kindergarten-style facilities. Advocates say these are critical needs that must be met for the rollout of transitional kindergarten for all 4-year-olds to be successful.

“It is going to be critical that policymakers ensure programs are developmentally appropriate, with smaller ratios, and accessible to working families in order to be impactful,” said Samantha Tran, senior managing director of education policy at Children Now, an advocacy organization.

Proponents of expanding the existing transitional kindergarten program within the K-12 system also point out that parents have the right to pick the program they prefer. TK, like kindergarten, is not mandatory in California.

“No one wants to eliminate choice, and that’s an important protection for parents and children,” said Patricia Lozano, executive director of Early Edge California, a nonprofit that advocates for early learning and a co-sponsor of TK legislation. “Additionally, as more 4-year-olds are served in TK, State Preschool and Head Start programs will be able to serve those children a year earlier as 3-year-olds, toddlers or infants.”

Some providers argue that pivoting to serving younger children, particularly infants, would require a lot of lead time. They worry transitional kindergarten will expand too quickly.

“The program model is doable, but moving that many 4-year-olds that fast changes the funding model,” said Maricle, who is calling on lawmakers to earmark $50 million for Head Start California in the 2021-22 budget. “I don’t think there’s been enough thought to what will happen to the business model.”

Those who support transitional kindergarten becoming a full-fledged grade in the public school system, however, see it as a way to increase access to early childhood education in a state with 3 million children under 5. That’s long been a goal of early childhood advocates, and it is key to the vision of the state’s Master Plan for Early Learning and President Joe Biden’s call for universal preschool.

While supporting increased access to early education, many child care providers worry that only affluent families will be able to opt out of TK within a K-12 system. They also believe policymakers should maximize the deep well of cultural expertise found in their ranks.

“Community-based preschools, we know how to welcome and engage families,” said Leyva-Cutler. “We look like the families we serve. We speak the language. We represent the diversity of the state.”

Leave a Reply to Annette Taylor-James