Why some California school districts are changing how students earn grades 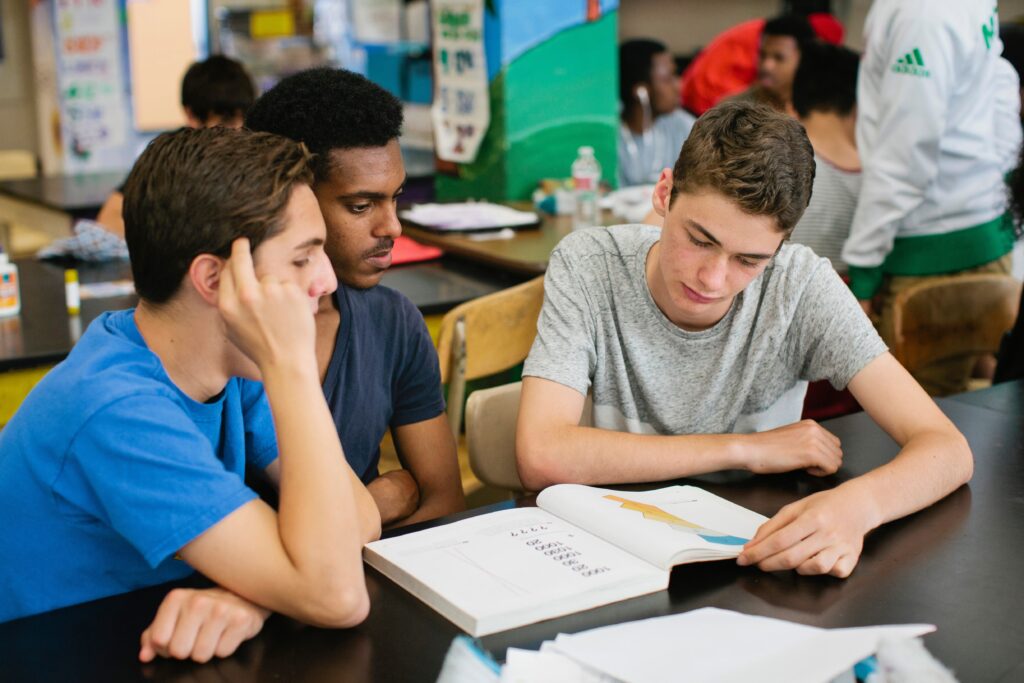 Mastery-based learning seen as a way to improve equity 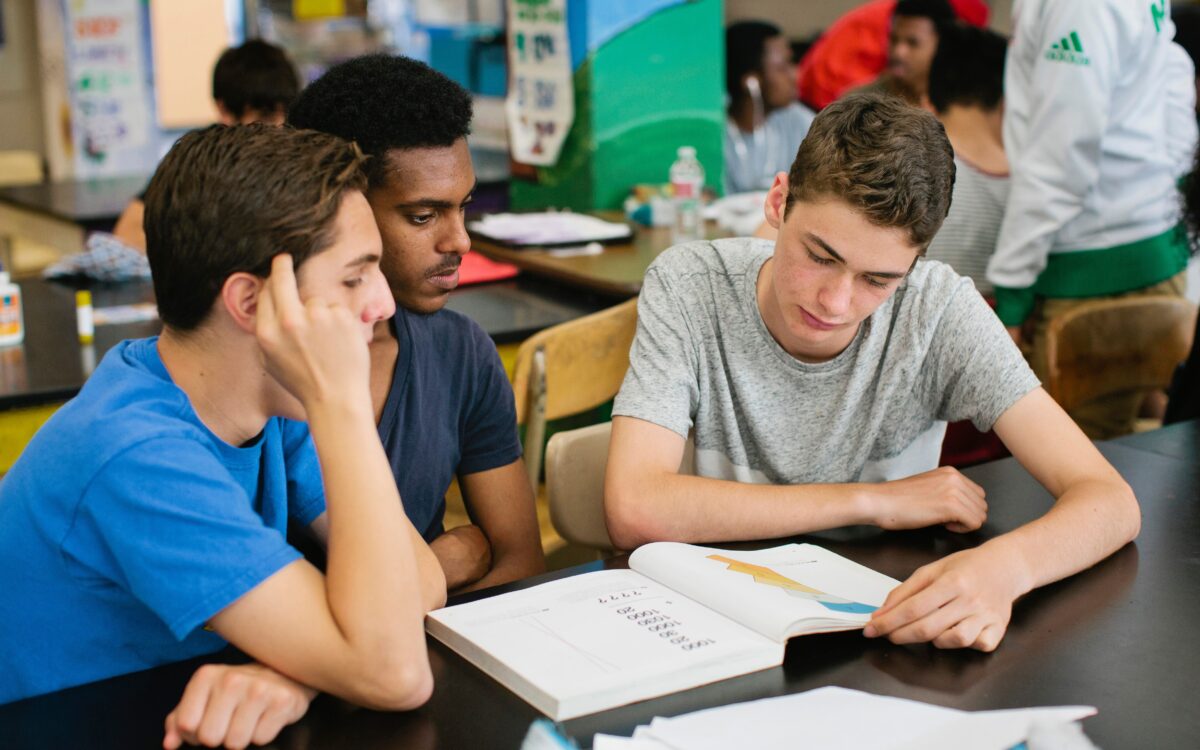 Alison Yin for EdSource
Dropping D's and F's is a step toward competency-based learning.

Alison Yin for EdSource
Dropping D's and F's is a step toward competency-based learning.

Some of California’s largest school districts are trying an unconventional tactic to help students re-engage in school after distance learning and boost their chances of acceptance into the state’s public colleges: by dropping D and F grades.

Los Angeles Unified, Sacramento City Unified and other districts are considering phasing out grades below a C for high school students. If a student fails a test or doesn’t complete their homework, they’ll be able to retake the test and get more time to turn in assignments. The idea is to encourage students to learn the course material and not be derailed by a low grade that could potentially disqualify them from admission to the University of California and California State University. Students who don’t learn the material, pass the final exam or finish homework by the end of the semester would earn an “incomplete.”

“Our hope is that students begin to see school as a place of learning, where they can take risks and learn from mistakes, instead of a place of compliance,” said Nidya Baez, assistant principal at Fremont High in Oakland Unified, which is considering dropping Ds. “Right now, we have a system where we give a million points for a million pieces of paper that students turn in, without much attention to what they’re actually learning.”

Although education reform advocates have been pushing for this for years, the pandemic offered an opportunity for districts to put it into action. With so many students languishing academically after a year of distance learning, districts see dropping D’s and F’s as a way to help students who had been most impacted by the pandemic, especially Black, Latino and low-income students.

But the move is also, potentially, a step toward an entirely different learning system, in which students are assessed by what they’ve learned, not how well they perform on tests on a given day or whether they turn in their homework on time. Known as competency — or mastery-based learning — the style has been a staple of some private and charter schools for years, and a goal for education reformers trying to overhaul the traditional high school system.

“Instruction is what leads to learning. Not grading. They’re separate. That’s the problem — we have a disconnect between instruction, learning and grading,” said Alix Gallagher, director of strategic partnerships at Policy Analysis for California Education.

While traditional grading may have worked for previous generations, a competency-based system is better suited for the rapidly changing workplace of the future, said Devin Vodicka, former superintendent of Vista Unified in San Diego County and chief executive of the Learner-Centered Collaborative, a nonprofit that helps districts shift to competency-based learning.

“We need a system that gets beyond the institutional model and provides more meaningful feedback for students,” Vodicka said. “The future is going to require less focus on time and more focus on what we can do and contribute, and the quality of our performance. We need to prepare our students for this.”

At most high schools, grades are linked to time; a grade reflects how well a student has performed on tests and homework by the end of a semester. Grades can open doors to advanced classes and are the primary component of college admissions, especially since universities like UC and CSU temporarily dropped standardized tests as part of the admissions criteria.

But they’re notoriously subjective. The state Education Code gives teachers the authority to issue grades, but it doesn’t specify how those grades should be determined. Some teachers grade on a curve, with only a set number of students earning A’s or B’s, while others are more lax. An informal EdSource survey of about two dozen California teachers found that 57% rarely or never gave D.s and F’s. Only 7% said they did frequently.

“Grades are punitive and provide no information on standards mastery,” one teacher wrote. “I would love (grading) to be based on mastery of standards and … authentic feedback.”

But for some teachers, Ds and Fs play an important role in the classroom. They signal that a student did not learn the material and needs extra help. Dropping Ds and Fs doesn’t guarantee that students will learn the material, even with extra help, and may lead to grade inflation, said Debora Rinehart, a math and science teacher at St. Theresa School, a Catholic school in Oakland.

“I will work with any student before or after school or even on the weekend to help them learn. However, I will never lie about their knowledge level,” she said. “Not reporting Ds and Fs is the equivalent of lying about a student’s progress.”

But the vast difference in teachers’ grading styles has resulted in a system where grades are nearly useless as an indicator of students’ abilities, said Alix Gallagher, director of strategic partnerships at Policy Analysis for California Education.

“What does a grade mean? It’s a mix of things, and it’s different from teacher to teacher. It can actually be radically different,” she said. “As it’s practiced now, grading is idiosyncratic, and that’s not a good thing.”

Too often, she said, grades take on outsized importance for students, and those who get Ds or Fs become discouraged or disengage even further, never learning the material they missed to begin with.

“Instruction is what leads to learning. Not grading. They’re separate. That’s the problem — we have a disconnect between instruction, learning and grading,” she said.

Patricia Russell is chief learning officer of the Mastery Transcript Consortium, a nonprofit that advises school districts and colleges on alternatives to grades. Interest in the topic has been soaring, she said. In the three years since the group started, membership has increased from four districts to more than 400 nationwide.

The idea is to show colleges evidence of what a student can actually do, not a teacher’s interpretation based on a limited grading scale.

“We’re talking about people who are very young, and labeling them at such an early age as ‘less than’ or ‘more than’ can have significant psychological repercussions,” Russell said. “Some things in life are zero-sum games, but learning should not be.”

Laura Schwalm, a retired superintendent of Garden Grove Unified who is now chief of staff of California Education Partners, said the aim is a grading system that puts students on track for admission to the UC and CSU, as well as trade schools.

“Graduating with a D, in career and technology courses, too, leaves students with few choices,” she said. “No one is saying water down grades. This is about giving support, not lowering standards, and looking for simple ways to make grading more fair, to give kids a fighting chance and to measure what students know with multiple opportunities to show that.”

Lynn Rocha-Salazar, a former principal in Fresno Unified who is now CORE Districts’ senior improvement coach, said the work on grading preceded Covid, but the pandemic underscored the need for it.

“Those who had not been well served were penalized the most. … So now is a time to examine grading practices to see the harm that was done,” she said.

Lindsay Unified, in rural Tulare County, has been moving toward a competency-based system for several years, and results are promising. Students at Lindsay High School, nearly all of whom are low-income and Latino, scored higher than the state average among all student groups on math and English language arts tests, as well as in college and career readiness, according to the 2019 California School Dashboard.

In Oakland, high schools are moving gradually toward a new system of assessment that doesn’t include D’s. Baez, assistant principal at Fremont High, said the change will not happen overnight. Parents, students and especially teachers need time to understand what’s expected of them, and they must “buy in” to the change, she said.

“It has to be a cultural shift at the school. You have to build trust because we’re really rebuilding an entire system,” Baez said. “It will be a lot of work, but it’s important we do this because traditional grades benefit some kids, but they don’t help everyone.”

Leave a Reply to Rosalind Turner