What happens when California students in special education return to the classroom? 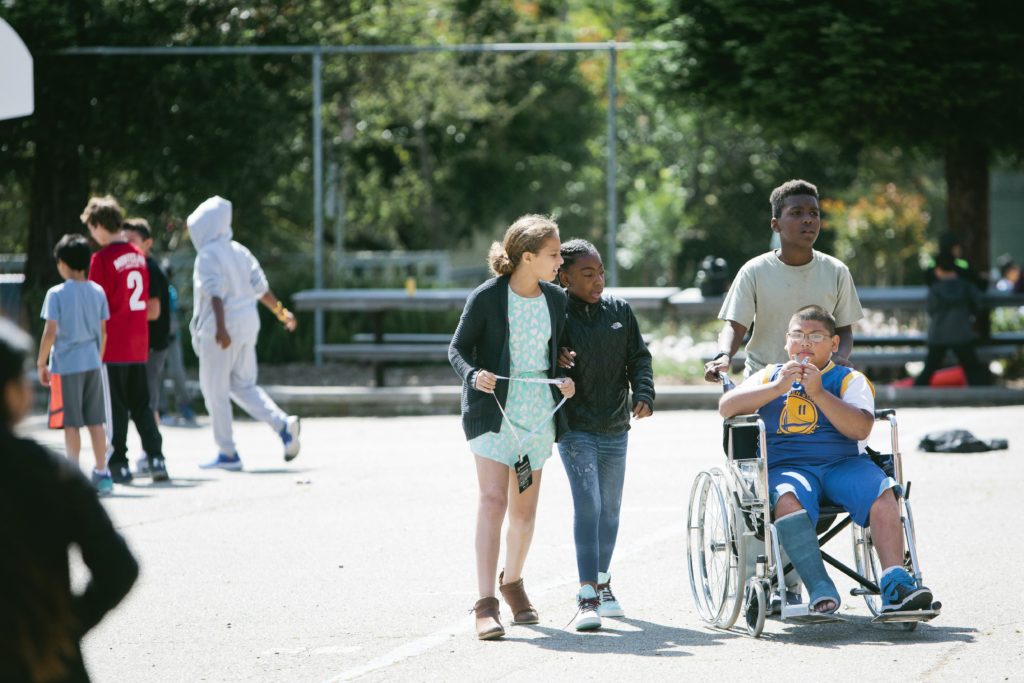 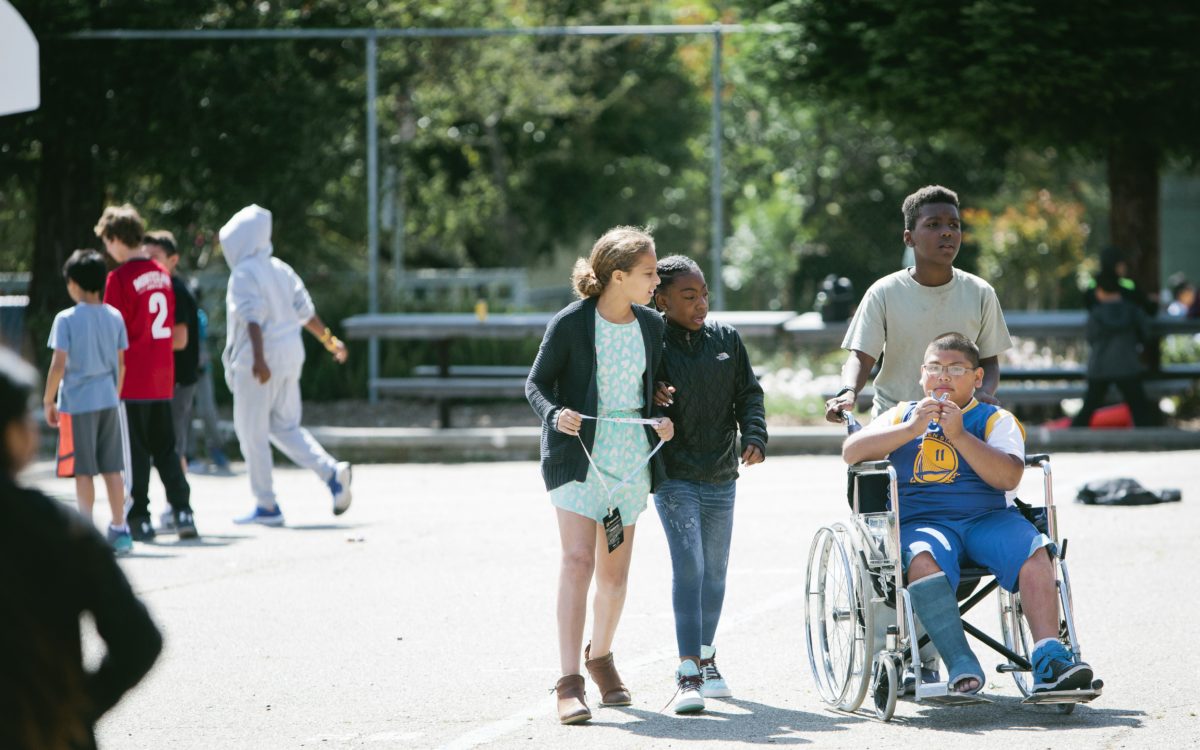 For students with disabilities, the pandemic has been a landscape of extremes. Some have thrived with distance learning and want to continue in the fall, while many have languished without the in-person support of therapists and teachers and have lost ground academically, socially and emotionally.

But staffing shortages, a lack of data and a backlog of evaluations mean it could be months before schools get a clear picture of students’ needs.

“Students with disabilities are not a monolith. Each student is an individual. And right now, we don’t know exactly what the impact has been,” said Meghan Whittaker, policy director for the National Center for Learning Disabilities. “We need data, assessments, guidance and accountability.”

Since campuses closed in March 2020, distance learning has been a challenge for many students enrolled in special education. Those who received services like occupational or physical therapy — which are almost impossible to deliver virtually — fell behind. Some students suffered from the disruption to routines, behavioral therapy and socialization.

But some students saw their grades improve and enjoyed school more due to the lack of distractions and social pressure, the flexibility to meet with private tutors and learn at their own pace, and access to useful technology.

An informal survey in late April by Decoding Dyslexia California, which advocates for students with dyslexia, found that 28% of parents think their child had a positive experience during distance learning. Just over half said their students had a negative experience. The rest said it was too early to tell.

“In April 2020, my 16-year-old sophomore daughter imploded from anxiety from isolation/quarantine, (but) by fall she had mastered online classes and is getting her best grades yet this year,” one parent wrote in the Decoding Dyslexia survey. “Because all of her classes are at her desk, she rarely loses homework, is much better at staying organized, focused and gets her homework done on her own. It has been fantastic for her.”

Hiroko Okazaki, a mother of two children with dyslexia in Los Angeles Unified, said she doesn’t plan to send her children back to in-person school — but not because they’re thriving with distance learning. She wants to wait until her children are vaccinated and the pandemic transmission rate is lower before she’ll allow them back, she said.

Distance learning, she said, has been difficult. Both her son, a 10th grader, and her daughter, a second grader, could have benefited from literacy tutoring during campus closures but didn’t receive it because it wasn’t included in their 504 plans, which are a school’s blueprints for providing support and removing barriers for students with disabilities. As a result, both fell behind. Okazaki tutored them herself, but they needed more support, she said.

“When students return to school, I think they are going to find that everybody is behind,” Okazaki said. “Structured literacy instruction is absolutely necessary for students with dyslexia to learn to read, but it will benefit all students whose foundations are shaky. It’s like handicap access ramps that might have initially been made for people in wheelchairs — we now find that parents with strollers are benefiting from this same accommodation.”

Jessica Maria, a parent in the North Bay Area, said distance learning was so ineffective for her two children — one of whom, a fifth grader, has dyslexia and attention deficit disorder — that last spring she withdrew them from school and opted for homeschool.

“Keeping my son focused and on task was impossible. For us, distance learning just meant me yelling at him all the time. It wasn’t working,” she said.

Instead, she found a project-based curriculum online and hired a private tutor to help her son with reading and writing. Her children did science experiments, art projects, cooking and other hands-on assignments. For one project, they made a cardboard map of the United States, to scale, and learned the capitals and facts about each state.

But because she and her husband are returning soon to their workplaces, they’ll no longer be able to oversee their children’s education, and the children will be attending a local magnet school that focuses on project-based learning.

“If cost wasn’t a concern, I’d never send my son to traditional public school again. He’s been let down so many times,” Maria said. “But we’re giving this a shot. I think it’ll be good for them to socialize. In general, right now I’m hopeful.”

Students with disabilities who do return to the classroom this fall might encounter another problem: a dearth of teachers. Some districts have seen large numbers of teachers quit or retire over the past year, and a shortage of substitutes has left administrators scrambling to fill vacancies. A shortage of special education teachers before the pandemic is now much worse, administrators said.

“The burnout is real. Teachers have been working long hours, with extra stress … their personal and professional lives have been upended by the pandemic. They’ve been heroes throughout this, and it’s been very hard,” said Amy Andersen, director of personnel services for the El Dorado County Office of Education, who with her colleagues co-wrote a commentary for Policy Analysis for California Education on the challenges of reopening schools for students in special education.

El Dorado County recently tried to offer an extra two weeks of in-person instruction to provide students with additional learning opportunities as a result of the COVID-19 pandemic. But staffing shortages are posing a challenge.

“We had 50 positions but couldn’t fill 20,” said Tamara Clay, director of El Dorado County’s Special Education Local Plan Area. “In general, we’re seeing students and families doing really well and happy to be back in school, and teachers are loving being back in the classroom. But there have been some significant staffing challenges. Staff are tired and need time to rest and recoup from an exhausting year.”

On a recent Friday, the county had over 150 staff absences in 13 school districts and could only provide 100 substitutes. Principals and other staff had to fill in.

Heather DiFede, director of the East County Special Education Local Plan Area near San Diego, agreed that staffing has been the primary challenge with the return to in-person classes.

But she also is concerned about students who fell seriously behind over the past year, or those who won’t be returning — not because they thrived with distance learning but because their parents can’t get them to school. For some families, the pandemic brought new routines that make in-person school hard to accommodate.

“We know it’s been difficult, but we have to make sure the student’s needs are at the forefront,” DiFede said.

That’s one reason some districts are only allowing students to continue with distance learning in the fall if they’re approved for independent study. A complicating factor is specialized services, like occupational therapy, outlined in a student’s individualized education program. Those services will remain difficult to deliver virtually.

Ultimately, it’s too early to know the full impact of campus closures on students with disabilities, said Whittaker of the National Center for Learning Disabilities. Until schools have done assessments and reported the data, any assumptions are purely speculative, she said.

“Unfortunately, no one has been able to actually study or measure this on a large scale,” Whittaker said. “Every district has different ways of measuring student progress and nothing, so far, is public. Statewide assessments could be a good indicator of how students with disabilities (as a whole) are doing on grade-level standards compared to their peers, but I don’t suspect we’ll be seeing those administered fully this year, particularly where the majority of students are still learning virtually, or in a way that gives us enough good and valid data for students with disabilities.”

Meanwhile, districts can take some steps to address staffing shortages, she said. She suggested they use some of their Covid relief funds to create partnerships with local colleges and teacher credential programs to build a staffing pipeline. She also suggested that districts contract out some tasks, such as evaluations or assessments, so teachers have more time in the classroom, and encourage parents to become trained as classroom aides.

Regardless of the challenges ahead, DiFede and other administrators are hopeful about the return of students with disabilities to the classroom. No matter how many obstacles students, families and teachers face, it won’t be as bad as last year.

“It’s like we’ve been trying to do our jobs wearing ankle weights the last 1 ½ years,” DiFede said. “We know this fall won’t be easy, but it’ll definitely feel like a lighter lift.”