What happens to children who missed kindergarten during Covid-19 crisis? 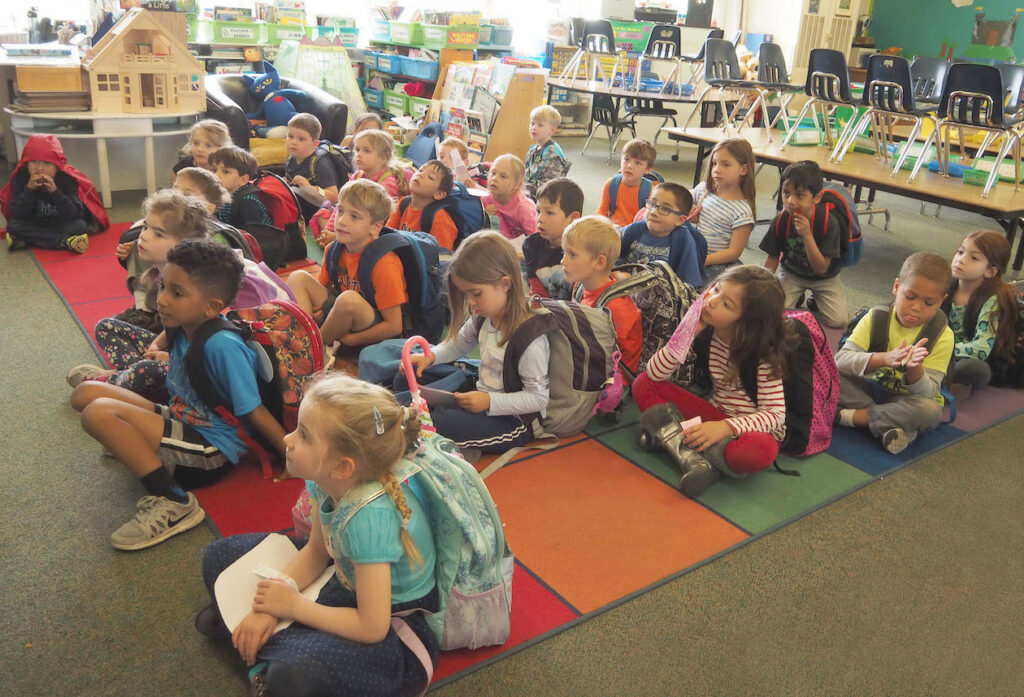 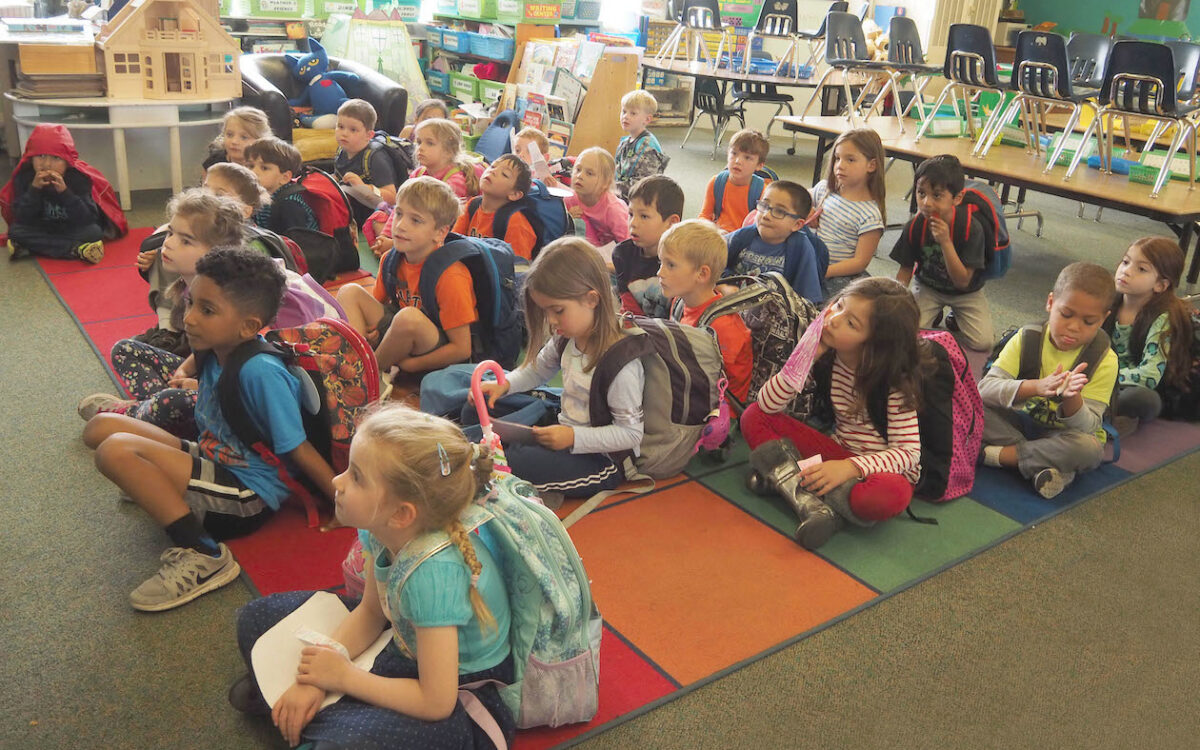 Many California parents dreaded returning to remote learning last fall, but they did it anyway, holding onto hopes of going back to campus at some point during the school year.

But for those whose children were just entering kindergarten, the decision to commit to distance learning was a far tougher choice: Wrangling a 5-year-old in front of a computer screen for several hours a day requires constant supervision, technical assistance and cajoling, an impossibility for many working parents, particularly essential workers and those juggling multiple children.

Faced with the rigors of distance learning, some kindergarten parents decided to keep their children in preschool, a safe and familiar option that allowed the in-person interaction that small children crave. Affluent parents may have also opted to send children to private schools, which often have the larger campuses and smaller class sizes that make in-person instruction safer. Low-income families may have opted out of schooling entirely during the strife of the pandemic.

Early childhood advocates warn that some of these children may well struggle when it is time to go to first grade in the fall.

“That first year is so important. This learning is crucial to the rest of your education. At that age, their brains are on fire. A year of development at that age is like 10 years for us,” said Patricia Lozano, executive director of Early Edge, an early education advocacy organization. “We need to start thinking about what will happen next year. How will we help these kids?’

A University of Oregon report found that about 17% of 1,000 families surveyed nationally chose to delay kindergarten last fall. State enrollment numbers have not yet been compiled, but many school districts have posted lower enrollment numbers in kindergarten compared to previous years. Los Angeles Unified reported a 14% decline, while Oakland Unified saw a decline of about 9% and Long Beach Unified reported a drop of about 10%. It should be noted that some of these students may have left the state or switched to private schools or homeschooling during the pandemic.

The state’s largest school district, LAUSD had about 6,000 fewer kindergartners show up this fall compared to last year. Superintendent Austin Beutner noted that the biggest drops in kindergarten enrollment are generally in neighborhoods with the lowest household incomes.

At Kidango, a nonprofit organization that runs many Bay Area child care centers that serve mostly low-income children, about two-thirds of the children who were eligible to go into transitional kindergarten last fall, a bridge between preschool and kindergarten, opted to stick with preschool instead. That was an option because child centers were allowed to remain open.

Early childhood advocates say kindergarten is a pivotal period that sets the stage for the rest of the elementary school years. While many students have likely suffered learning loss during Covid, it may have a far greater impact on incoming first-graders simply because of where they are in their development. Missing early milestones in reading and math skills, some worry, may set students up to fail as the workload increases.

All children may face some challenges getting up to speed in the fall but early childhood experts suggest that low-income children who missed kindergarten might confront the steepest hurdle.

“They will definitely need help. It’s probably less of an issue for kids from backgrounds in which they are receiving a lot of support at home, who will likely catch up,” said Philip Fisher, an expert in early childhood at the University of Oregon.

Unless the learning loss is addressed, some children may struggle to keep up with their peers, widening the already troubling achievement gap between the well-heeled and the cash-strapped.

“Without kindergarten, many low-income children, in particular, will be far behind starting first grade, and schools will need plans to deal with the problem,” said W. Steven Barnett, senior co-director of the National Institute for Early Education Research, based at Rutgers University.

While some school districts will be flexible about placement, working with parents to assess where the child best fits, many will stick to the age rules on grade enrollment. Kindergarten is not mandatory in California although most children in the state usually enroll.

“It is up to each district,” said Gennie Gorback, president of the California Kindergarten Association, “but I have not heard of any district that is flexible about age requirements for enrollment. So, if a child’s birthday falls into dates of entering first-graders, the child will be placed in first grade regardless of their schooling the year before.”

Some early childhood experts say parents should be given the option of placing the child in kindergarten instead of first grade, and they have some allies in the Legislature. Assembly Bill 104, introduced by Lorena Gonzales, D-San Diego, would give any parent or guardian the authority to request that their child be held back a year.

Others believe that summer school or after-school tutoring would help these children catch up.

“First grade is now more like what second grade used to be,” said Paula Merrigan, a transitional kindergarten teacher. “You have to be ready for it. We need to set them up to succeed.”

There are also those who suggest that the playing field has never been level in first grade. It’s always been up to teachers, they say, to help all children find their footing.

“Even if you have a first grade class of children who all attended kindergarten, you will have substantial variation in skills and maturity. Having some children who missed kindergarten will expand the variance. It will make it harder, but it’s not impossible,” said Deborah Stipek, an early childhood expert at Stanford University. “It also depends on how effective the first grade teacher is at addressing kids with varying needs.”

One key strategy may be giving teachers the leeway to tailor the pace of the curriculum to fit the needs of the children instead of sticking to the usual benchmarks.

“Differentiated instruction, adjusted to children’s needs, is the most important factor in effective teaching and the most difficult. It takes a great deal of training and support,” Stipek said. Instead, “some schools use a curriculum that demands pacing. I’ve never been a fan of that, and I think it’s particularly ill-suited to the current educational context. Never has there been a greater need.”

Some experts also note that even kindergarten students who persevered with distance learning may need extra help moving into first grade. Some will have fallen behind in math. Others will stumble in social interactions, having spent much of this school year staring into a screen. Many of these fledgling students may have never learned how a classroom works.

“Next year’s new students will need time to learn ‘how to do’ in-person school. Teachers will have to explicitly teach how to behave in a structured learning environment. Next year will require teachers to do a lot of assessment and differentiation,” Gorback said. “Luckily, early childhood educators are pros at meeting children where they are and helping them to grow.”

Perhaps most pressing is the concern that many children may remain traumatized about issues beyond the classroom, such as the instability of housing, food and health care, which have been exacerbated by the pandemic. Teachers will need extra help to address these issues, experts say, which extend beyond learning to mental health.

“For many of these children, it may be terribly difficult to cope,” Lozano said. “They might have been behind their peers even without the pandemic and this has made it worse.”