Some districts looking to cut back PE as campuses reopen 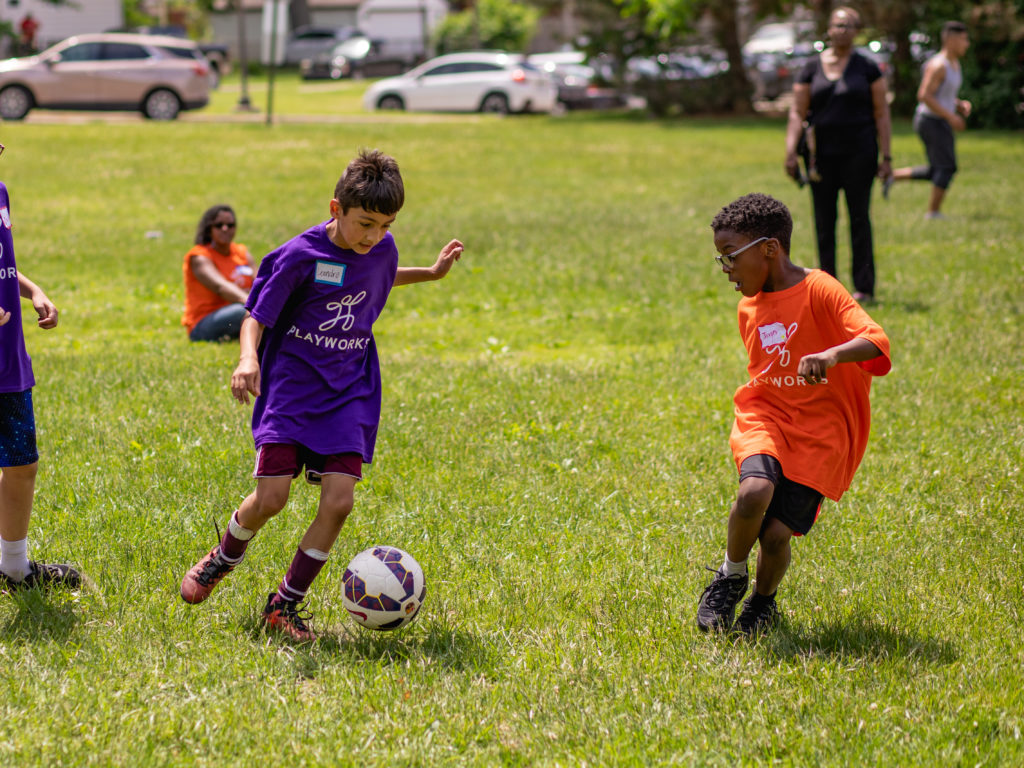 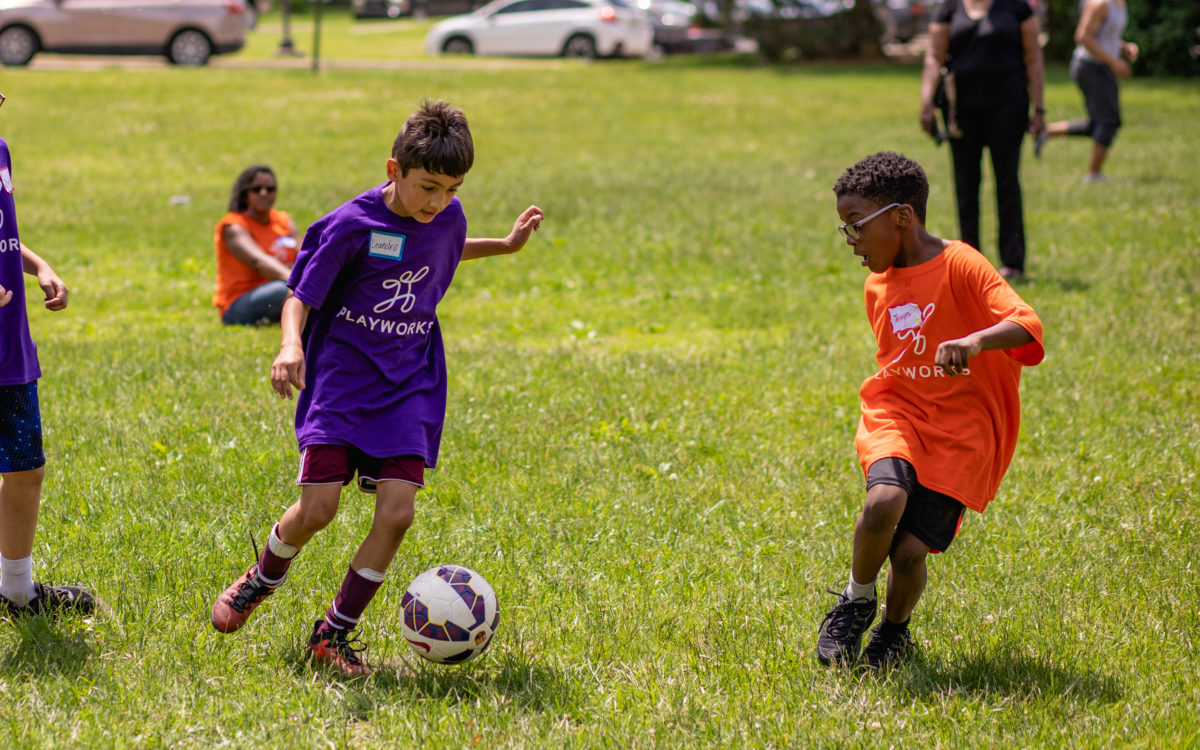 As many students begin returning to campus after a year of being mostly stuck indoors during school hours staring at screens, some districts in California are cutting the programs that advocates say students need more than ever: physical education.

Faced with declining enrollment, several school districts are trying to save money by laying off or reassigning PE teachers. Hermosa Beach School District, an elementary district south of Santa Monica, laid off its only PE teacher in February. In Capistrano Unified in Orange County, about half the PE teachers have been reassigned, leaving some remaining PE teachers with rosters of more than 500 students. San Lorenzo Unified, south of Oakland, voted to eliminate 12 PE teachers, including its entire elementary PE staff.

These cuts follow deep reductions to PE that many districts made during the pandemic, due to the difficulties of teaching PE virtually. Over the year that campuses were closed, 40% of California PE teachers said they provided less instruction than they did before the pandemic, according to a research brief published in March by the California Association for Health, Physical Education, Recreation and Dance.

In addition, 1 in 10 PE teachers said they’d been reassigned to teach a subject other than PE, and 2 in 10 elementary schools said they didn’t offer PE at all during the pandemic, according to the report.

Physical education instructors in elementary schools are especially vulnerable to cutbacks. That’s because under state law most regular elementary school teachers have multiple subject credentials, which means they are qualified to teach PE in addition to other subjects. In middle and high schools, PE instructors must have a special credential.

The cutbacks to physical education in some districts could not come at a worse time, advocates said. Exercise, games, time outdoors and other hallmarks of PE can play a key role in helping students readjust to in-person school, especially after a year that’s left many students stressed and out of shape, said Terri Drain, president-elect of the Society of Health and Physical Educators and a former PE teacher in Pleasanton.

“We know what kids need right now. They need to get moving, reconnect with their peers, build their self-esteem. They need to laugh again,” Drain said. “Why would we not do everything we can to prioritize students’ physical and mental health right now?”

California’s K-12 physical education standards are mandatory, and state law requires that schools provide 200 minutes of physical education every 10 days in elementary schools and 400 minutes every 10 days in middle and high schools. In March 2020, Gov. Gavin Newsom waived the minimum number of required PE minutes when campuses closed, and PE teachers found creative ways to get students moving while learning from home.

As federal and state funding becomes clear over the next few months, some districts may reinstate their PE teachers. It may be too early to predict a drastic downsizing of PE teaching staffs, said Troy Flint, spokesman for the California School Boards Association.

“It’s hard to generalize about teacher layoffs, and the current moment is more unpredictable than usual since districts are undertaking so many new endeavors and there are so many different approaches to instruction during the pandemic,” Flint said.

But even before the pandemic, some districts were cutting back on PE as a way to save money. Some eliminated elementary school PE teachers and assigned classroom teachers to lead PE with their students, which is allowed by their credentials, but which some teachers say they have little time for. Other districts cut back their PE staffs in middle and high school, leading to classes of 100 or more students. Some rely on online PE programs, which is allowed under state law.

And some districts have cut back PE while hiring nonprofit groups to run on-campus sports and physical fitness programs.

Playworks, an Oakland-based nonprofit, was founded in the 1990s in part to fill the gap left by diminishing PE programs, especially in elementary schools. It now serves 525 schools nationwide, including 140 in California.

Playworks provides coaches and trains existing school staff and volunteers to lead games such as tag and kickball during recess, something students were doing less of as PE was cut back. Learning to play simple childhood games — especially those that involve plenty of exercise — can help students learn teamwork and conflict resolution, gain social skills, focus better in class and have fewer behavior problems, according to a 2013 study by Mathematica.

But Playworks staff are not credentialed PE teachers, and the coaches don’t necessarily follow the state’s PE standards.

“We are very clear. We provide a complement to PE. We’re not a replacement,” said Michelle Serrano, Playworks’ vice president of field operations for California. “We focus on recess, which can be a challenging part of the school day for some students.”

During the pandemic, most schools offered PE online. These classes were mostly delivered virtually by the school’s PE teachers, but in some cases by for-profit online curriculum providers. The quality varies, but some online PE courses have advantages over in-person PE when it is a choice for both student and teacher, said Dr. David Daum, an assistant professor of kinesiology at San Jose State who’s studied virtual PE programs.

For under-resourced schools that only have a few basketballs or crumbling facilities, online PE can provide a safe way for students to get exercise. It also eliminates the need for locker rooms, which are a frequent site of bullying and all-around dread for some students. It also focuses on individual activities, such as running or calisthenics, instead of team sports, which some students prefer. And students who are working or caring for younger siblings like the flexibility to exercise when they have time, Daum said.

But online PE has a few significant shortcomings, he said, because it usually focuses on fitness, and only covers a fraction of the state’s PE standards. Also, during the pandemic, it’s difficult for students to establish personal relationships with teachers online, he said.

“The whole goal of PE is to give students skills for a lifetime of physical activity,” Daum said. “Online PE existed prior to the pandemic and will continue post-pandemic. It’s out there, it’s not going away. I think we need to ensure that it’s high quality.”

Dan DeJager, a PE teacher at Meraki High School in San Juan Unified near Sacramento, said his job is secure but his son’s elementary school in a nearby district reassigned its PE teacher. DeJager’s son, Hunter, a 2nd-grader, was crushed when he found out.

“He cried,” DeJager said, noting that the lack of PE during the pandemic has also been hard on his son. “My son is very active, he loves to move around. Now, he gets almost none of that. He’s gone from playing tennis and baseball to playing a lot of video games. I do what I can, but telling him to do pushups is not the same as him learning movement skills in PE.”

DeJager, a national High School Physical Education Teacher of the Year in 2019, said he’s frustrated that PE is not more of a priority for school districts as campuses reopen. Playing games, getting exercise and having fun outdoors can provide students with a healthy and much-needed chance to blow off steam after a year of lockdown, he said.

“Here we are in the middle of a pandemic, with rising rates of obesity, mental health challenges, underlying health conditions … and yet the first thing we cut is PE? It’s ridiculous,” he said.