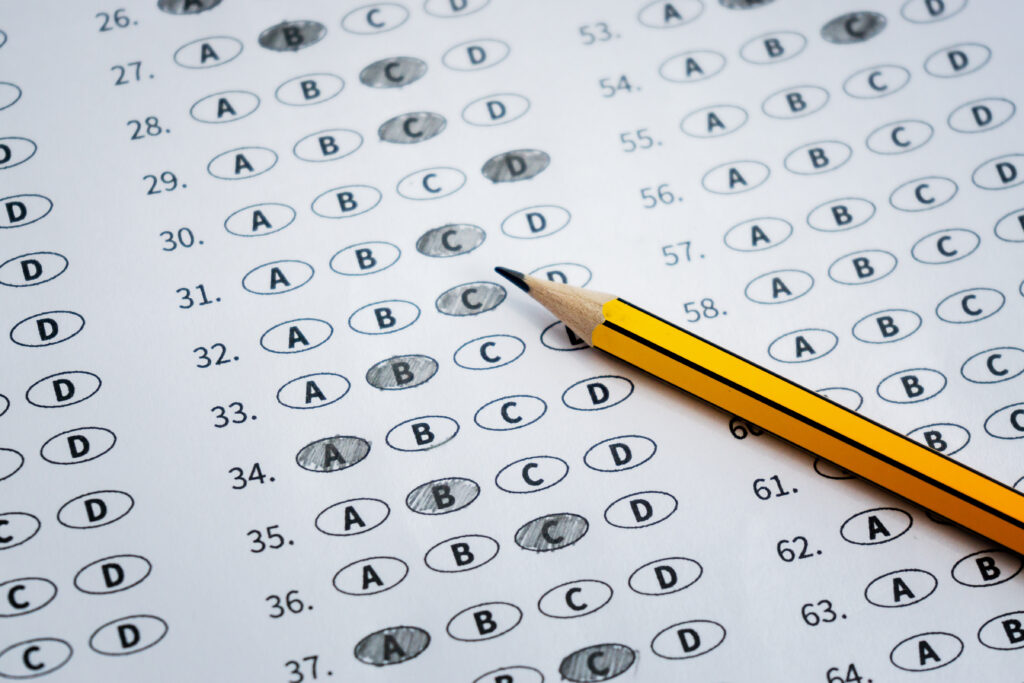 Some still take tests for scholarships and placement even if exams are not considered for admission. 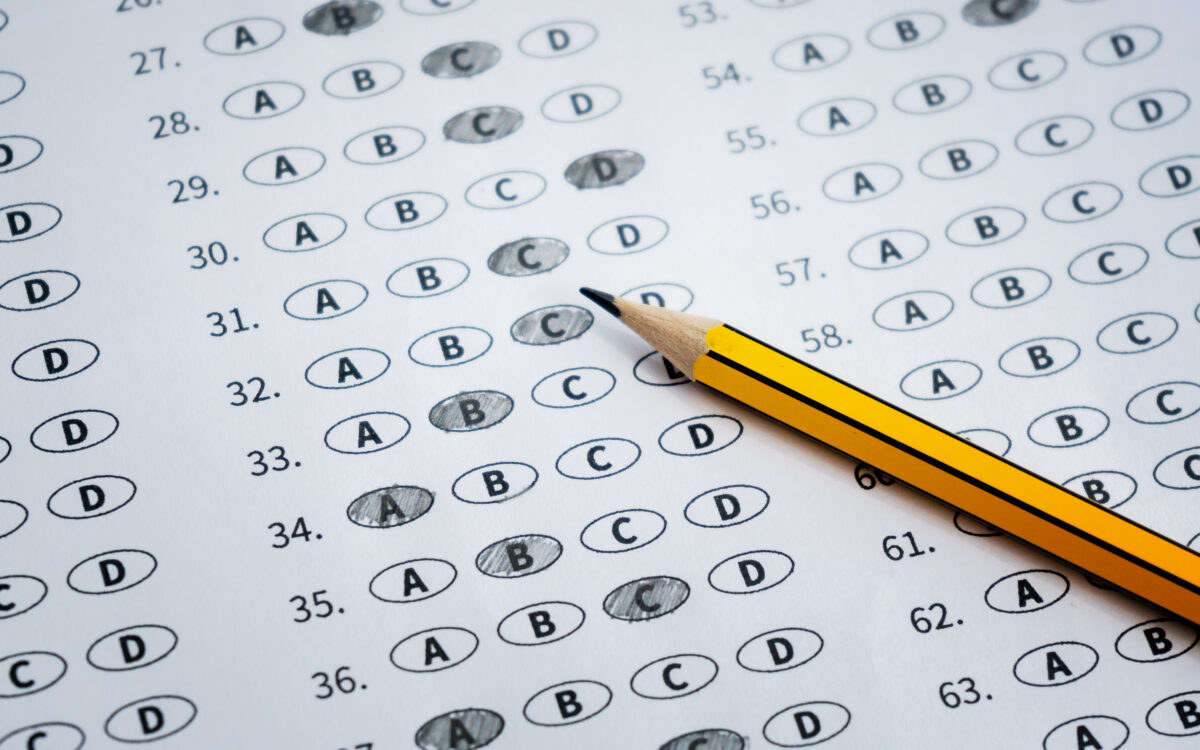 In a normal year, high school senior Marissa Cuellar would have prepped a lot before she took the dreaded SAT exam, working for a solid score to bolster her college applications. After all, she is a very good student, with a lot of extracurricular activities, and could be a competitive candidate for such campuses as the University of California San Diego and Stanford.

But this fall, the student at Ernest Righetti High School in Santa Maria is dropping SAT activities as she applies to colleges as a computer science or mechanical engineering major. She canceled her registration to take the exam last month because none of the universities she is applying to requires it anymore. She’d rather concentrate on polishing application essays, keeping up her grades and her involvement in folk dance and philanthropic clubs.

“I just didn’t want to add extra stress by studying for and taking up so much time on the SAT,” Cuellar explained.

That attitude has spread among many high school seniors in California and elsewhere. Many fewer are taking the SAT or its rival ACT, counselors say. Of those who do take the tests, more will not submit their scores if they are not happy with them. Test prepping mania and exam anxiety have eased for many.

Last year during the pandemic, many test centers closed. Now, while more testing opportunities are available, fewer colleges and universities demand it.

The University of California’s nine undergraduate campuses and the California State University’s 23 won’t even look at standardized test scores this year. Many prestigious private campuses say exams are optional, meaning that admissions offices will consider scores if submitted as part of the application but won’t penalize students who don’t send scores.

The result was noticeable at the Long Beach Unified School District, which offers high school seniors a chance to take the SAT for free during a school day. Students can avoid the $55 fee and the more traditional Saturday exam days. Still, the recent October test day drew about 2,100 seniors.  That’s a big drop from the 3,500 who took the test in fall 2019.  District officials attribute the decrease  mainly to UC and CSU dropping the test mandate.

Many Long Beach students “have very clear goals in their going to Cal State or UC. So it doesn’t really make sense to take it,” said Kimberly Johnson, an administrator in the high school counseling division. Plus, with the economic downturn, more students will stay at home and attend Long Beach City College, which offers two years of free tuition, she added. Even among those who took the test, Johnson sensed less prepping, whether through free online services or expensive private lessons.

Of course, there are students around California who prepared for the test seriously because they are applying to out-of-state or private schools that require or treat the exam as optional; in addition, scores might play a role in scholarship and course placement in college. Some students don’t trust “test optional” policies and don’t believe the colleges’ pledges that their chances won’t be harmed by not submitting scores.

At Ernest Righetti High School in Santa Maria, before the pandemic, about 90% of students considering a four-year campus took standardized tests. This year, after UC and CSU policy changes, less than 50% are expected to take the tests, according to Eric Blanco, a school counselor.

That is a welcome decline, said Blanco, formerly president of the California Association of School Counselors. Students who don’t test well benefit from the extra emphasis on high school grades, activities and essays in admissions, he explained. By eliminating costs for tests and prep classes, students “can shift their resources, use the money toward another college application or other supplies,” he said. Without test anxiety, they can spend more time on their applications.

Because of the UC and CSU changes, Taft Charter High School in Woodland Hills, in the San Fernando Valley, allowed seniors for the first time to get parental permission to opt out of the free in-school SAT testing in October, according to college counselor Wendy Gomez. As a result, 120 of the 532 seniors decided not to take the exam mainly because they will apply only to those state universities, she said. Of the students who did take the test, many seemed unprepared and skeptical of the purpose, she said: “Many of the students asked why they should be taking it. They were not happy.”

At the Los Angeles Unified School District, the largest in the state, a spokesperson said officials did not know yet how many students took the SAT during the free October sessions at its high schools and how that compared to pre-pandemic years when UC and CSU required the exams. The district spokesperson said it offers the tests “to maximize student postsecondary choices and opportunities,” especially for some scholarship applications.

Beyond UC and CSU, about 100 California colleges and universities will not require ACT or SAT scores for fall 2022 admission, according to the National Center for Fair & Open Testing organization, or FairTest, which generally opposes testing. Those colleges include such competitive private schools as the University of Southern California, where tests are now optional, and the California Institute of Technology, which won’t look at scores. Both institutions will review their policies after they admit students for the fall of 2023.

Nationwide, the trend has accelerated so much that about three-fourths of the 2,330 bachelor-degree granting colleges and universities this year are either test-optional or test-blind, meaning they won’t look at them at all in admissions, FairTest says.

Stanford’s website advises that if “you feel that your scores are a positive reflection of your academic preparedness, then you are welcome to self-report them. Your application will not be at a disadvantage if you choose not to report your scores.”

In an affluent oceanside area of Los Angeles County, most seniors at Palos Verdes High School used to take the SAT or ACT. That dropped to about 20% last year because it was difficult to find open test centers. This year,  students taking one of the tests is expected to rise to about half of the seniors, according to Joanne Lewis, director of PVHS College Career Center. Some of that increase is driven by parents who “are worried that their student could suffer in the application or scholarship process without the test,” no matter what test-optional schools say publicly, Lewis said.

She urges families to examine colleges’ past record of test scores for accepted students and to weigh whether their own scores are competitive before submitting them. Lewis said that “is a very individualized decision.” For students who are applying exclusively to UC’s and Cal States, “we are grateful to say: Forget about testing! I only wish it could be so easy for all students.”

Zachary Dawson, a senior at Palos Verdes High, said he took the SAT three times before this fall and had some private coaching. His scores are very good, but he fears that they might not be strong enough for the most competitive universities where he is applying, including Stanford and Vanderbilt. Those scores “are not going to help me at Stanford,” said Dawson, who wants to major in business or economics. He will rely on his excellent high school grades, his essays and extracurricular activities for those campuses, as well as to UCLA, UC Berkeley and others.

He said he considers the new testing policies “as a form of relief. It was an opportunity to get accepted into these cutthroat schools.” UC’s test-blind admissions “is a great idea, even though that makes the application process even more selective.”

The most competitive campuses at UC and CSU have seen a substantial jump in applications since test-blind rules emboldened more students to apply.

The share of California high school seniors who took the SAT dropped dramatically when the pandemic shuttered test centers. According to a College Board study, only 24% of the state’s 2021 graduating class took the SAT, compared with 67% in the previous class, most of whom took it before shutdowns.

The College Board, which sponsors the SAT, said that it is gaining back test takers.  “While the pandemic is still affecting students’ ability to take the SAT, we’re seeing the situation improve significantly since last fall,” College Board spokesman Zachary Goldberg said. Registrations among Californians were up by nearly 20% over last year for the November testing, he said.

But the nonprofit organization did not respond to EdSource’s request for current statistics comparing this year to pre-pandemic times or projections for the state or nation.

The ACT also did not provide such data but insisted its exam remains an important tool for course placement and scholarships.

“It will likely take many years for us to fully understand the implications of recent changes to admissions policies, including the expansion of test-optional admission policies, on ACT test-taking patterns—in California, and for students nationwide,” Catherine Hofmann, ACT vice president of state and federal programs, said in a statement.

Eliminating test requirements was supposed to reduce anxiety. But that can backfire as top schools garner more applications and students fret over whether to submit their scores. “Instead of reducing stress, I think this has added huge stress,” said Katy Murphy, director of college counseling at Bellarmine College Preparatory, an all-male Catholic school in San Jose.

She said nearly all of her school’s 407 seniors have taken standardized tests because many apply to out-of-state and private universities that still require scores. But she expects that a larger percentage than ever will not submit scores to test-optional campuses if their scores fall below averages of past pools of accepted applicants.

Murphy, former president of the National Association of College Admission Counseling (NACAC), also advises students not to repeat taking the exams in hopes of boosting scores, as they might have in pre-pandemic years. If students are not great test takers and are trying for test-optional colleges, “then why bother taking it again?” she asked.