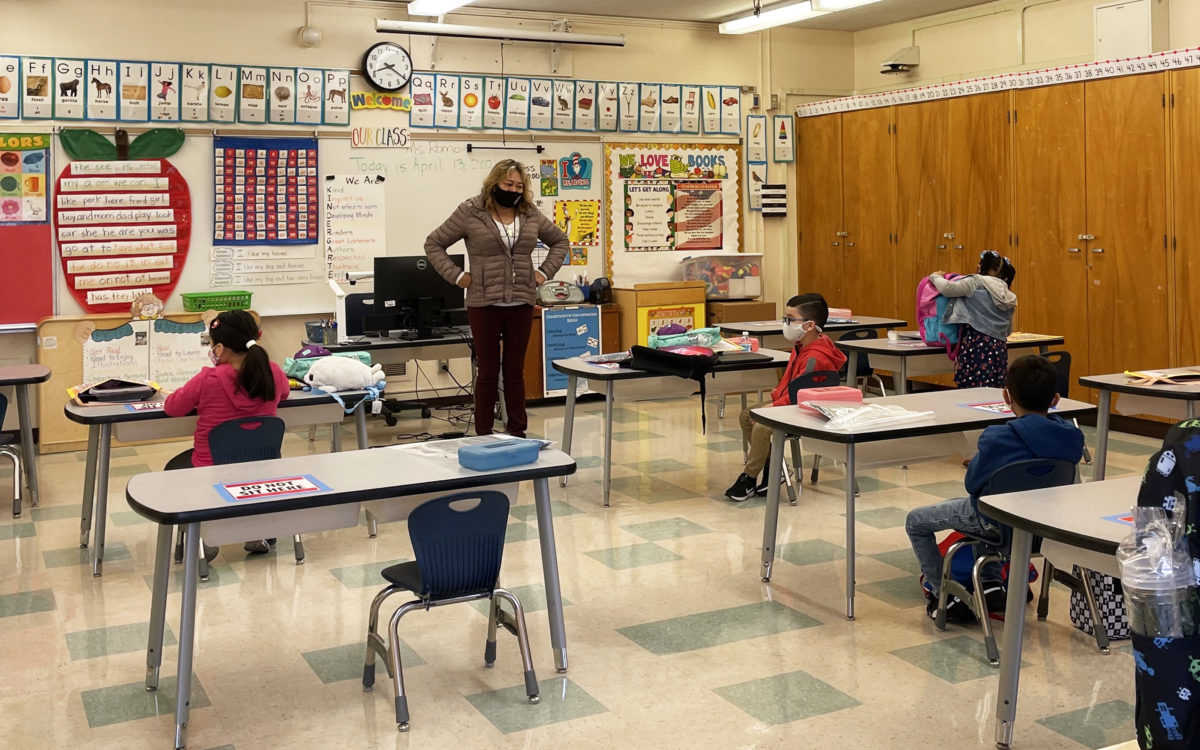 A judge who sided last month with a parents group that sued the state of California and six northern San Diego County districts claiming schools were reopening too slowly has declined to demand that two of the districts open immediately with full-day instruction for all students.

The other four districts — San Dieguito Union High School District and Carlsbad, Vista and Poway unified school districts — already had agreed to comply with moving toward full reopening, requiring no further action by the court. But in an order issued Monday, San Diego County Superior Court Judge Cynthia Freeland declined to second-guess Oceanside Unified and San Marcos Unified because she indicated she believes they are currently working to reopen beyond their current limited school schedule. “Simply put, the evidence presented does not support the issuance of a mandatory injunction at this time,” Freeland stated.

Those two school districts were the subject of a hearing last week, during which attorneys for the Parent Association of North County called for a full-time, or nearly full-time, return to in-person instruction.

San Marcos Unified and Oceanside Unified have reopened or will soon reopen but with hybrid learning schedules. If the districts do not discuss plans to move toward a wider reopening, Scott Davison, director of legislative affairs of the parent group filing the suit, said that parents “might consider going back to court to demonstrate that they misrepresented their intentions to the judge.”

In filing their February lawsuit, the Parent Association of North County charged state public health officials with failing to provide a scientific rationale behind stricter reopening rules — in particular, those limiting when middle and high schools could reopen and urging social distancing of 6 feet and, under some conditions, 4 feet.

Last month, Freeland agreed with the parent group and issued a temporary injunction setting aside enforcement of the regulations and ordering the districts to justify why they shouldn’t begin to reopen for in-person instruction.

Days after her March 15 ruling, the federal Centers for Disease Control revised its social distancing guidelines from 6 feet to a minimum of 3 feet, and on March 19, Gov. Gavin Newsom said that California would immediately adopt it, too, and loosen the rules for reopening middle and high schools. The change affirmed one of the plaintiffs’ arguments that school districts could arrange student seating with less than 6 feet of distance. Their other argument — that school districts should move quickly toward a full reopening — was the subject of last week’s court hearing regarding Oceanside Unified and San Marcos Unified.

Encouraged by Freeland’s decision, other groups filed lawsuits or threatened to sue to speed up school reopenings in other districts, including San Diego Unified and Los Angeles Unified, the state’s two largest districts.

The Los Angeles group, California Students United, is calling for the school district to remove the requirements that students remain 6 feet apart from each other while in their classrooms and that students be tested for Covid-19 as a condition for returning to school campuses.

Many school districts remain reluctant to change the 6-foot distancing rule in classrooms because it would require reworking reopening plans once again with just a few weeks left in the school year. In many cases, districts would also need to renegotiate reopening plans with their unions and seek approval from school boards.

Los Angeles Unified began its staggered reopening Tuesday morning with elementary school students, who will be attending classes in person two to three times per week. Middle and high school students in the district will have the option to return to their classrooms toward the end of April but will continue with online instruction.

“Our schools have been providing education in a safety-conscious manner for the past year, and they will physically re-open this month in a hybrid manner that puts safety first,” Parents Supporting Teachers, a group of Los Angeles Unified parents and teachers, said in a press release opposing the lawsuit against the school district. Parents Supporting Teachers was created to support teachers during a 2019 teachers’ strike. “The real question is, ‘If this lawsuit in fact promotes social welfare, why weren’t these privately funded groups asking for equity and enrichment for high-needs kids over the past year while we were in distanced learning?’”