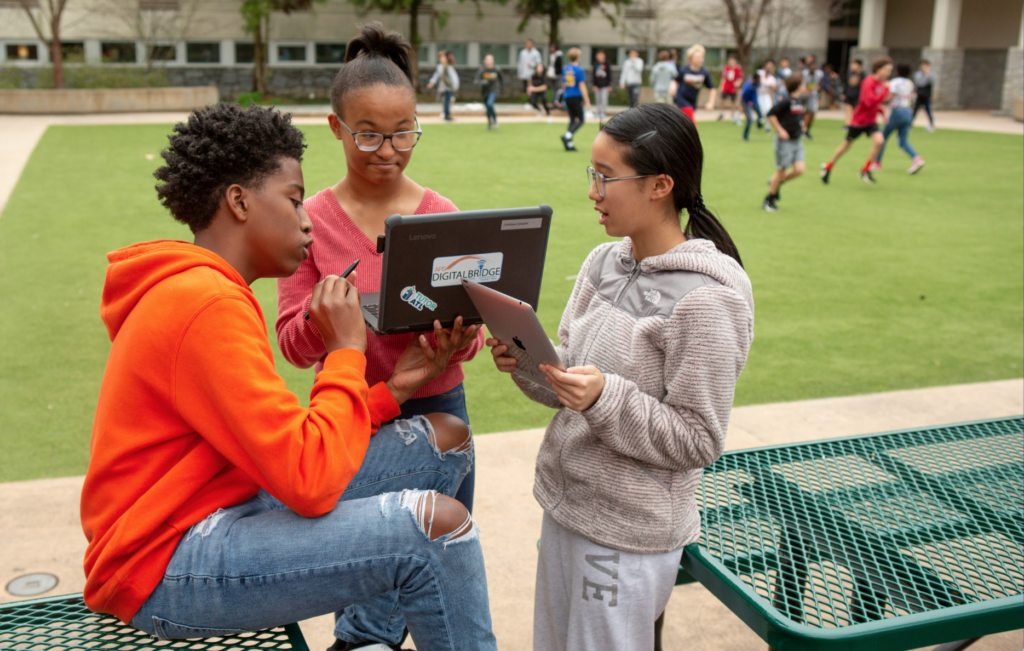 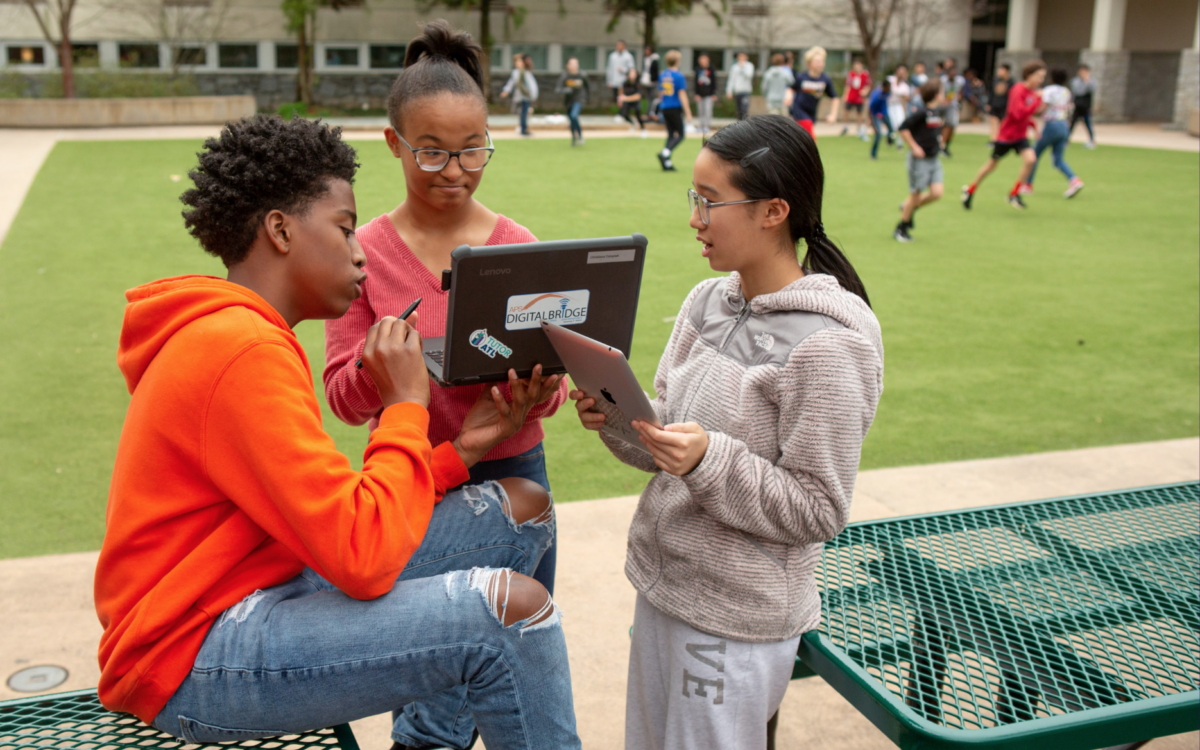 While the reports’ authors and other advocates aren’t having major second thoughts about the Local Control Funding Formula, which has steered billions of dollars to designated student groups as intended, they point to new evidence that the funding formula has failed to significantly narrow the gap in achievement between targeted students — English language learners, low-income students, foster and homeless children — and those not entitled to substantial supplemental money.

The reports suggest two changes. One change calls for significantly modifying the formula to distribute more money to targeted students enrolled in districts without the highest concentrations of poverty.

The other would prod districts to address the placement of the least experienced and least effective teachers in schools with the highest-need students — a barrier to academic improvement that persists under local control, despite more state funding. 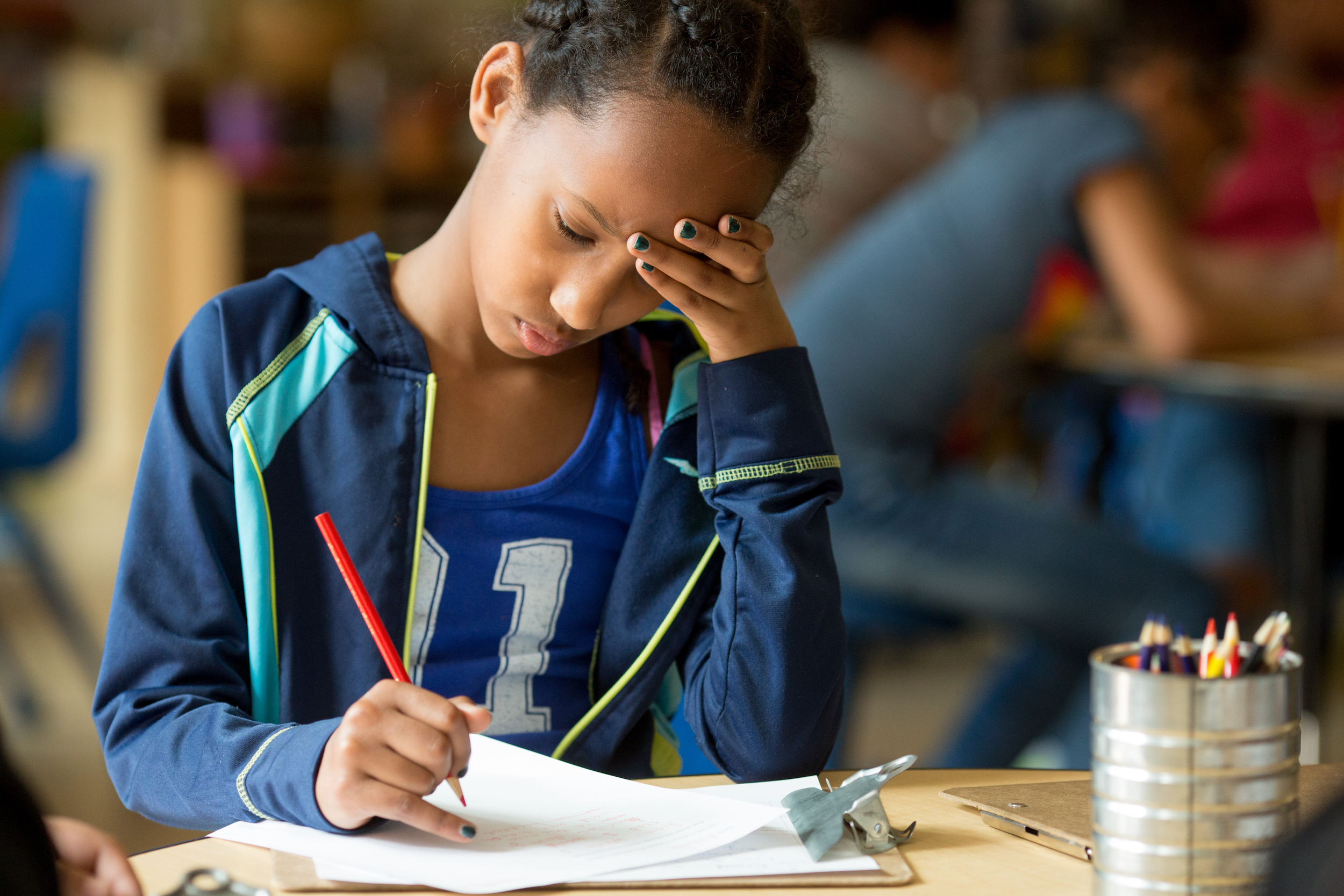 Nearly half of money for high-needs students not getting to their schools, analysis finds

The co-authors of a third report, after examining recent research and interviewing at length 19 educators, advocates and policymakers, agree with those two recommendations. Carrie Hahnel, senior director of policy and strategy with the Opportunity Institute in Berkeley, and Daniel Humphrey, an independent education consultant, also suggest other revisions to the funding formula and its implementation. “What’s Next for the Local Control Funding Formula” was published this month by the nonprofit Policy Analysis for California Education.

The new studies by Julien Lafortune, research fellow with the Public Policy Institute of California, and by co-authors Bruce Fuller, professor of education and public policy at UC Berkeley, and JoonHo Lee, assistant professor of educational research at the University of Alabama, are among the first to unlock spending patterns under the funding formula.

Former Gov. Jerry Brown, the architect of the funding formula, designed a clear and relatively simple way to fund districts, but in keeping with his philosophy of local control, he gave districts latitude over spending and opposed uniform spending codes that would have made it easier to track and compare expenditures by school.

“We and other researchers and stakeholders have been hard-pressed to understand exactly how the money has been spent,” Hahnel and Humphrey acknowledged.

“California’s effort to progressively fund districts offers a remarkable policy experiment,” wrote Fuller and Lee. But, they continued, it operates under a “hazy” theory of how teacher quality and school-level practices might change.

The recommendation to alter the funding mechanism would be relatively simple — just alter some percentages — but it might be hard to persuade the Legislature to adopt it because it challenges a basic principle behind the formula. That is, districts with the highest concentrations of low-income and other “high-needs” students warrant significantly more money per student to offset the challenges of living in poverty, amid neighborhood instability, with fewer opportunities.

Under the formula, for every student targeted for additional funding, a district receives a supplemental 20% on top of base funding. Districts in which targeted students make up at least 55% of enrollment receive additional “concentration factor’” funding. It was an arbitrary divide, not grounded in research, that was decided during negotiations to pass the formula in 2013.

This year, Gov. Gavin Newsom made the first change in the formula since its passage.  Adding $1 billion solely in ongoing concentration money, with little public discussion, to address class size reduction, had the impact of raising the concentration factor by nearly a third, to 65%.

Concentration funding really makes a noticeable difference when targeted students make up four-fifths or more of a district’s enrollment. A district with 80% low-income, English learners, foster and homeless students gets about a third more in funding, compared with 10 percent extra funding for districts where those students make up half of enrollment.

Lafortune found that the additional money from the funding formula raised achievement significantly in the years studied, 2014-15 to 2018-19. English language arts and math scores on Smarter Balanced tests rose 10% and 9% respectively in the high-concentration funding districts, more than twice the increase in districts with far fewer high-needs students.

If those effects continued, Lafortune said, concentration grant funding could close test score gaps between highest- and lowest-need districts in 14 years. Concentration funding also appeared to be a factor in the rate of targeted student groups passing the A-G courses required for admission to the University of California and California State University.

But Lafortune found far less improvement and an insignificant closing of the achievement gap for the state’s high-needs students as a whole.

One reason could be that some of the extra money never made it to the schools that the targeted students attended. The amount varied significantly among districts, but statewide, 45 cents on every dollar for targeted students didn’t reach the schools, according to Lafortune. It’s not clear why. Perhaps district programs and staff not accounted for in school budgets provided programs and services for targeted students. Or maybe some of the funding was diverted to pay for increased staff pension expenses. Without more study, it’s impossible to know, Lafortune said.

The other reason could be that outside of high concentration districts, there wasn’t enough extra state money to make a difference. Lafortune calculated that 1 in 5 high-needs students in the state attended districts that didn’t qualify for any concentration funding.

One in 8 high-needs schools were located in low-funded districts. For example, fewer than half of the 28,000 students in San Jose Unified are entitled to extra funding but more than 80% of students in downtown San Jose schools are. Hahnel and Humphrey found that when all state, federal and local revenues, such as parcel taxes, are included, districts with the least proportions of high-needs students spent more per student than districts in the middle range funding under the Local Control Funding Formula. “Blunt polices may miss investing in a lot of kids in the middle,” Hahnel said.

To solve that problem, Hahnel and Humphrey recommended revising the funding formula so that additional funding provides more money to districts in the middle — those with 30% to 80% high-needs students.

An example is a unified school district in which half of its enrollment is targeted students, not enough to qualify for concentration money. Using a base grant of $8,691, it would get $587 per student more under one scenario for smoothing the concentration “kink” out of the formula, based on Hahnel’s calculation.

This could be done by blending supplemental and concentration rates into one rate. Their scenario, which assumes that no district would receive less than they already get,  would require several billion dollars more for the formula.

The Local Control Funding Formula makes up more the 70% of total K-12 funding. Since the law went into effect in 2014, money for the funding formula has increased $29 billion to $66.7 billion this year. Soon record funding will level off, making it harder to modify. That’s why changes need to be considered now, Hahnel said.

There is also urgency in acting now on inequitable teacher staffing patterns, the researchers say. Shortages of teachers in rural and urban districts and in high-demand areas of STEM, special education and bilingual education in high-poverty schools were already acute before the pandemic. Now, a surge of post-pandemic hiring with record state and federal funding, plus the addition of 12,000 transitional kindergarten teachers over the next few years under the state’s new universal TK program for 4-year-olds, could worsen disparities.

“The reliance on novice teachers may well get a lot worse in the next few years,” Fuller said.

“I do wonder if trying to staff up quickly with this new money will create long-term substitute teachers and under-credentialed teachers,” Hahnel said. “Is that the best strategy for students? Will it actually do a disservice to how to spend concentration dollars?”

Just as the funding formula does little to ensure resources are distributed fairly within a school district, it doesn’t address the inequitable distribution of unqualified and inexperienced or novice teachers — those with less than two years in the classroom — within school districts.

In taking an extensive look at the latter issue, Fuller and Lee found that schools serving large concentrations of low-income students used the additional funding to moderately reduce class sizes and to add classified employees, such as counselors and psychiatric social workers. High schools added an array of courses. But increases in money from the funding formula increased the tendency to hire inexperienced or probationary teachers, along with long-term substitutes. And they also tended to assign those teachers to classes serving English learners.

The researchers’ analysis showed that the proportion of novice teachers in districts that received average additional funding under the formula increased by 7 percentage points, to 17.5%.

Fuller and Lee theorized that several factors might be at play: the ability of teachers with seniority to transfer to higher-income schools; an institutionalized practice of assigning the newest teachers to more classes and to those with a higher number of struggling students; and a failure to address ways to retain newer teachers.

State budgets under Newsom and Brown have included hundreds of millions of dollars for programs to deal with a teacher shortage, including teacher residency programs, incentives for classified employees to get a teaching credential and college aid through the Golden State Teacher Grant program.

Under that program, recipients agree to work in high-needs schools and high-needs subjects, including STEM, special education and bilingual education. This year’s state budget includes $250 million over five years to attract and retain highly qualified National Board-certified teachers to teach in high-poverty schools.

The State Board of Education is also considering adding measurements indicating the distribution of ineffective, inexperienced and misassigned teachers by school districts to the California School Dashboard. The state accountability website rates school and district performance by multiple metrics. A low rating would force school districts to analyze whether the solution involved a lack of money – not enough funding formula money getting to the right schools – or nonfunding issues, like hiring decisions or contractual obstacles.

But first, the state needs to publish that data. Fuller is urging the California Department of Education to do that quickly and the State Board and Legislature to press districts to address teacher disparities, which he says are thwarting further progress under the Local Control Funding Formula.