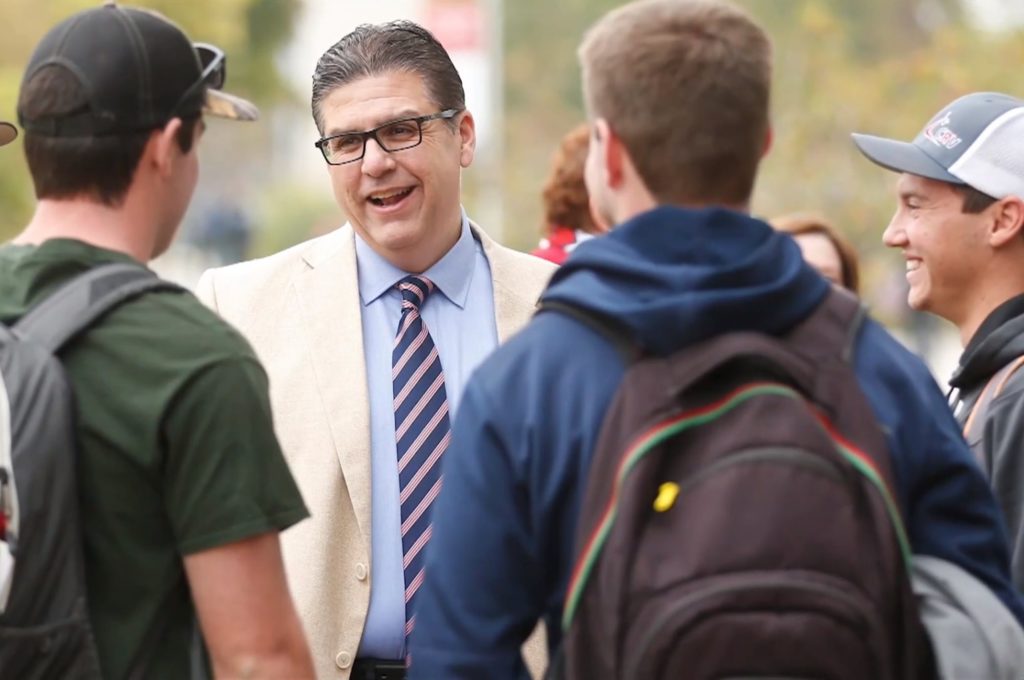 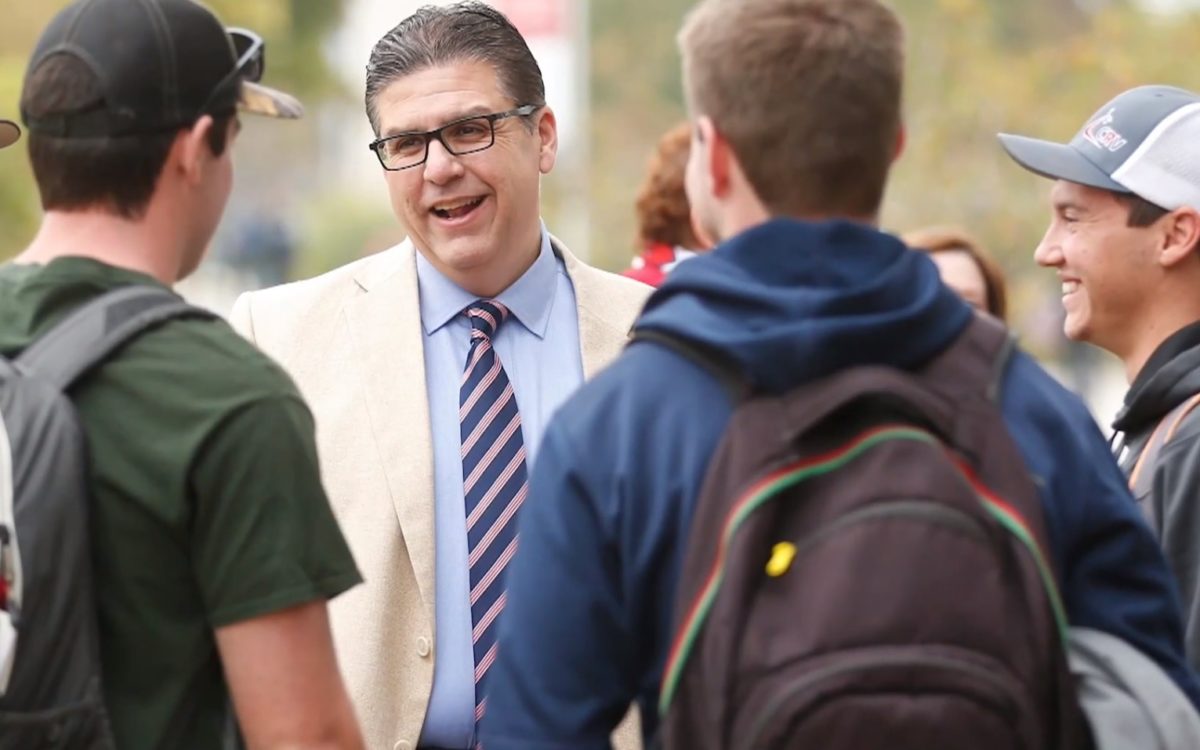 A little over a month into his tenure as leader of the nation’s largest public university system, Castro spoke with EdSource about his priorities for his first 100 days. Castro also wants to focus on closing income and racial equity gaps in graduation rates, restore state budget cuts from last year, improve faculty diversity and research better ways to integrate technology in teaching and learning.

“We are still committed to returning to a majority of in-person courses in Fall 2021,” Castro said. “Of course, that is contingent upon the conditions enabling us to do so. And if the course of the virus, or data, or vaccine availability, or if our medical experts indicate that approach is no longer feasible, then we will make that adjustment.”

Last fall, CSU made headlines for bucking national trends and showing enrollment growth in its freshman classes despite the pandemic. But there are concerns that that growth may not be repeated this fall. Applications to the 23 campuses are down by about 5%, and fewer California students are completing financial aid applications — another indicator for colleges of what they can expect in the fall. In December, two weeks before its extended application deadline window closed, CSU announced that it would reopen campuses in the fall to help students and their families decide early on college plans.

But Castro knows that much of the system’s success is tied to offering the majority of courses in-person. And that can’t happen without a host of other factors, such as improving “the availability of vaccines in a timely way, [the administration’s] ability to inspire our campuses to be vaccinated and regulations around the kind of density requirements that we will need to meet in the fall,” he said. “Those are all things that are still open.”

There will also be variations in how each campus would return to in-person classes, Castro said, adding that those differences will depend on what’s happening in those universities’ communities.

“We’re going to do everything we can to support our campuses and community in terms of the vaccination,” he said. “But I also hope we’ll get some guidelines from the state, in terms of what density requirements will be for classroom and laboratory facilities, and that’s going to be an important consideration as we think about how quickly we can repopulate our campuses in the fall.”

In the meantime, Castro said administrators are aggressively reaching out to incoming and potential students because the decrease in applications this year has been troubling.

“It’s still too early to tell … the process hasn’t completely played itself out. It is concerning that the FAFSA rates are lower, and I certainly hear about stories at some schools where the applications are slower than they were before,” he said. “That’s all deeply concerning, but at the same time, we’ve been very aggressive in our outreach and trying to make sure that students and families know what they need to do next.”

Two factors that would help with reopening campuses would be additional federal and state dollars. On the federal front, Castro said campuses are still waiting to receive the $853 million in Covid-relief that Congress approved in December.

Castro is asking for more than what Gov. Gavin Newsom proposed in January budget. The CSU is asking for $365 million in reoccurring dollars from the state, including restoring the $299 million the state cut last summer, and $565 million more in one-time help to fund maintenance for academic facilities, he said. Newsom proposed $144.5 million in his January budget — a 3% increase from last year — in recurring money and a one-time allotment of $225 million for the CSU. However, Newsom’s offer is still below pre-pandemic levels.

“I want to make it very clear for those students who are already at CSU or who are thinking about coming to the CSU that there would be no tuition increase,” he said. But Castro also announced that there would be no faculty and staff furloughs or additional layoffs, as campuses tightened their belts because of the cuts.

“I completely empathize with the stress that’s out there,” he said, referring to staff and faculty. “After talking with the presidents, we agreed that we were going to do everything in our power to avoid additional layoffs due to budget considerations.”

The additional money and reassuring the faculty and staff all play a role in improving the CSU’s Graduation Initiative 2025, Castro said. That initiative is CSU’s goal to increase the four-year graduation rate for first-time students to 40% and the six-year goal to 70%. The four-year rate is currently up to 31% and six-year rate is 62%.

The new chancellor has already commissioned a committee to examine how the initiative could close equity gaps with low-income students and between white and underrepresented students. CSU’s Board of Trustees will see that report in July, he said. Increasing diversity among faculty can also help students stay in school and graduate.

Castro said he’s started discussions with University of California President Michael Drake to identify new strategies that would help CSU graduates with bachelor’s and master’s degrees get their doctorates from either the UC or private universities, and then return as Cal State faculty members.

“We’re the most diverse public university in the country, and we’re starting to see more diversity in our master’s programs,” Castro said. “But we don’t have the authority to award most doctorates, and if you want to be a faculty member in the CSU, for the most part, you need to have that terminal degree.”

He added: “I believe that we could pull this off,” he said. “But it’s going to take some creative strategies, financial support and both systems working together.”