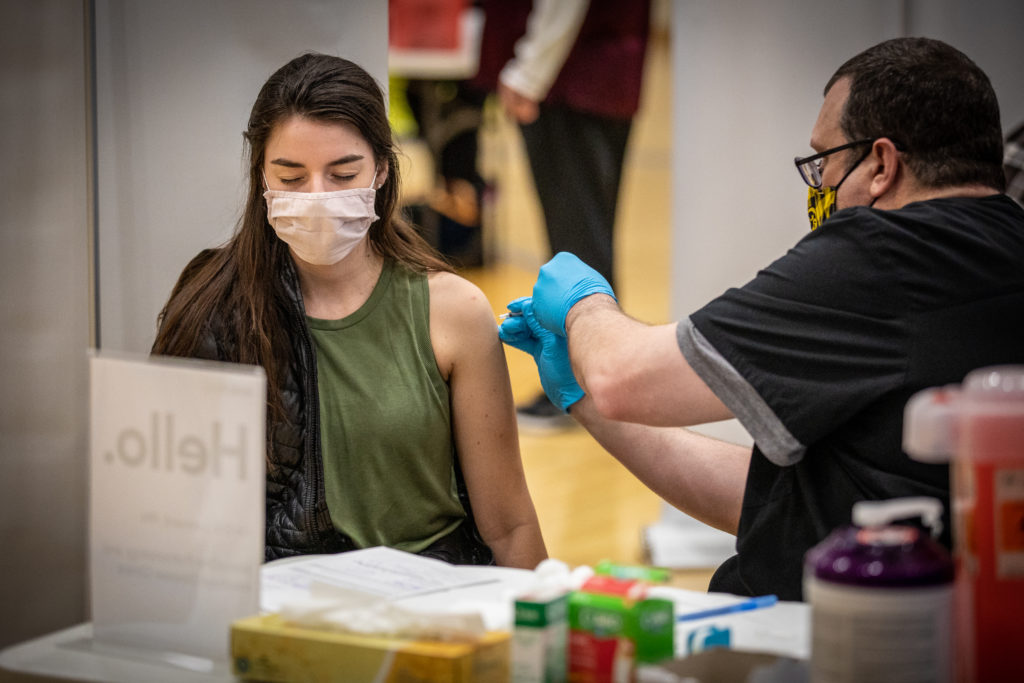 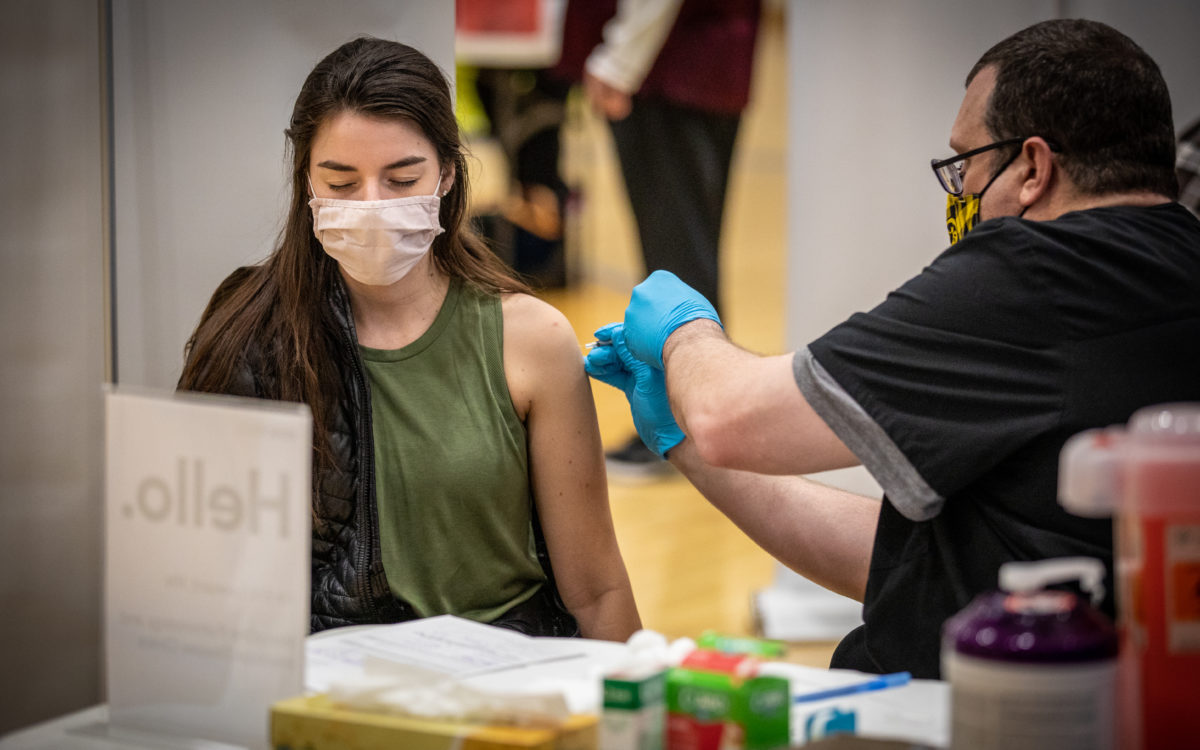 California’s largest school district, Los Angeles Unified, next week will open new vaccination sites designed to reach the families of students. The plan, a partnership with St. John’s Well Child & Family Center, is considered one way schools could help solve a vexing problem as schools across the state continue to reopen — how to increase access to vaccines for families in areas hard hit by the pandemic.

“Vaccinating family members will help more kids to return to school as they can return to school without the fear of bringing the virus home,” Superintendent Austin Beutner said in a press release announcing the vaccination sites, which will open April 5.

The vaccines will be administered at two L.A. Unified schools in South and East L.A., both neighborhoods that have been particularly hard hit by the pandemic.

As schools establish reopening dates and Covid-19 transmission rates subside, some families remain hesitant to send their children back to the classroom. For some, the hesitance stems from the fear of students transmitting the virus from the classroom to the home.

Many families living in neighborhoods with high Covid-19 death rates are signaling that their children will not return to in-person learning under a hybrid format, according to an ongoing survey conducted by L.A. Unified, as the district plans to reopen beginning April 12. The same neighborhoods have low vaccination rates, at times the lowest in the county. In contrast, the survey shows that families in neighborhoods with lower death rates and higher vaccination rates are more likely to send their children into classrooms once their schools reopen.

The vaccination sites were chosen prior to the survey being conducted, but the survey results reflect that several of the neighborhoods with fewer parents supporting a return to campuses are located in South and East L.A., revealing equity issues within the district.

“Both South L.A. and East L.A. are the most underserved, had the highest Covid infection rates, hospitalizations, and deaths, and so we thought by doing both of those, we target the key populations that need to be vaccinated,” said Jim Mangia, president and CEO of the St. John’s Well Child & Family Center.

The program could also become a model for other school districts as vaccines become more widely available.

“If we look at the patterns that we see, the communities that have been hardest hit by the virus are also least likely to be vaccinated. So it’s telling us, we’ve got to bring the vaccines closer to where these communities are, to utilize institutions they know and trust,” said Pedro Noguera, dean of the USC Rossier School of Education. “Wherever makes sense to administer it safely, we should consider it and schools are a very logical choice.”

The key issue to making communities feel safer is access, Noguera said, and tackling that issue includes making Covid-19 vaccines accessible to as many people as possible in the communities that have some of the highest infection rates.

L.A. Unified, the second-largest school district in the nation, has been operating eight vaccination sites for several weeks, with seven located on school grounds. Those sites, however, have been accessible only to educators and other school staff.

The new vaccination sites will be open to people living in specific ZIP codes in South and East L.A., but people living in neighboring ZIP codes will not be turned away, Mangia said. The goal is to provide wider access to vaccines in order to increase the confidence families have in sending their children back to school, he said.

“Mostly, we don’t see much vaccine hesitancy. It’s more the lack of vaccine access,” Mangia said. “And so that’s why I think this is so important because we’re now providing that access in communities that didn’t have it before.”

The Jefferson and South Central communities, for example, have experienced about 344 deaths per 100,000 people and had an 11% vaccination rate as of last week, according to early results from the survey conducted by L.A. Unified. Families in these communities have an average household yearly income below $45,000.

There, 39% of families have so far indicated they will send their elementary school children back to school, according to the survey.

In West L.A., where the household yearly income averages $75,000 and above, 82% of families have so far indicated they will send their elementary school children back to school. That community has experienced about 82 deaths per 100,000 people and are about 32% vaccinated as of last week.

“The fear of the virus remains really prevalent in low-income communities,” said Kelly Gonez, president of the district’s school board. “Our families are front-line workers, and they’ve been at increased risk for the entire time throughout the pandemic. I think lack of access to the vaccine in households is definitely one of the factors that is increasing the fear for our families.”

The sites will begin administering at least 2,000 doses per week, or about 400 per day, Mangia said. The operating hours have not been finalized, but they will be open for evening and Saturday hours to provide access to people with long work hours or multiple jobs.

About three weeks ago, Mangia called Beutner to discuss a partnership between St. John’s and L.A. Unified to provide wider access to vaccines. Beutner responded within 30 minutes, Mangia said, and they laid out how the partnership would come together.

St. John’s will provide and administer the doses, and L.A. Unified will schedule vaccine appointments and provide operational support and outreach to families. The two sites, Abraham Lincoln High School in East Los Angeles and George Washington Preparatory High School in South Los Angeles, are established wellness centers due to a longtime partnership between St. John’s and the school district that aims to provide wider health access to families in low-income communities. To convert the wellness centers for their new use, they have been recently equipped with the refrigerators required to store the thousands of vaccines they plan to administer each week.

Mangia expects that the sites’ capacity will increase to 3,000 doses within one or two weeks of opening, particularly now that Gov. Gavin Newsom announced Thursday that additional groups of people will soon become eligible to receive vaccines.