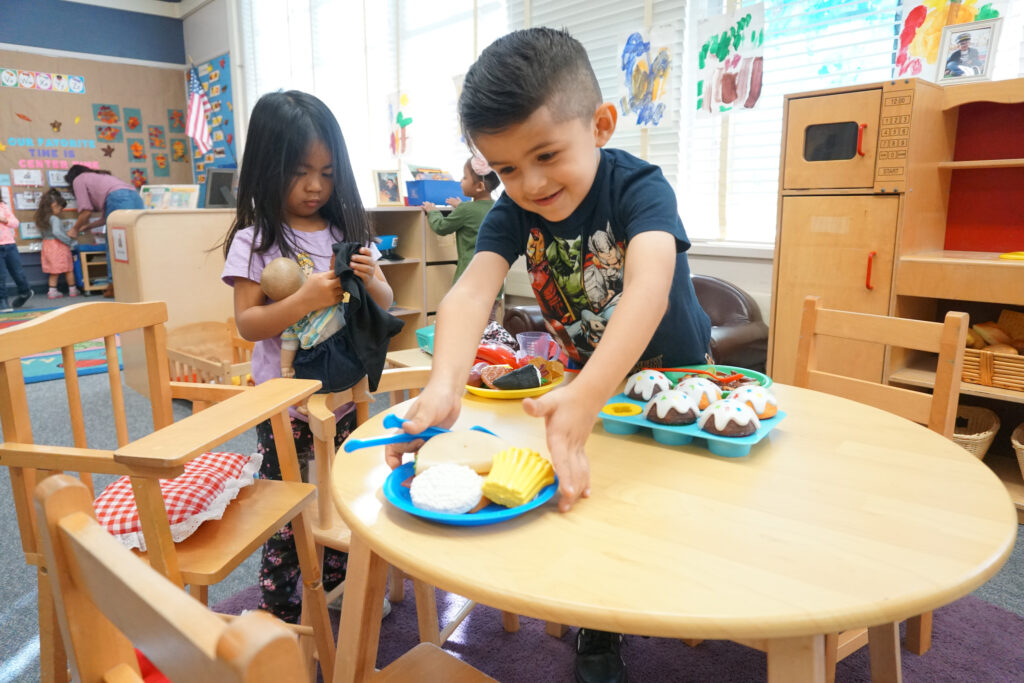 Vote on Monday to broaden Cal Grants, add extra year for all 4-year-olds 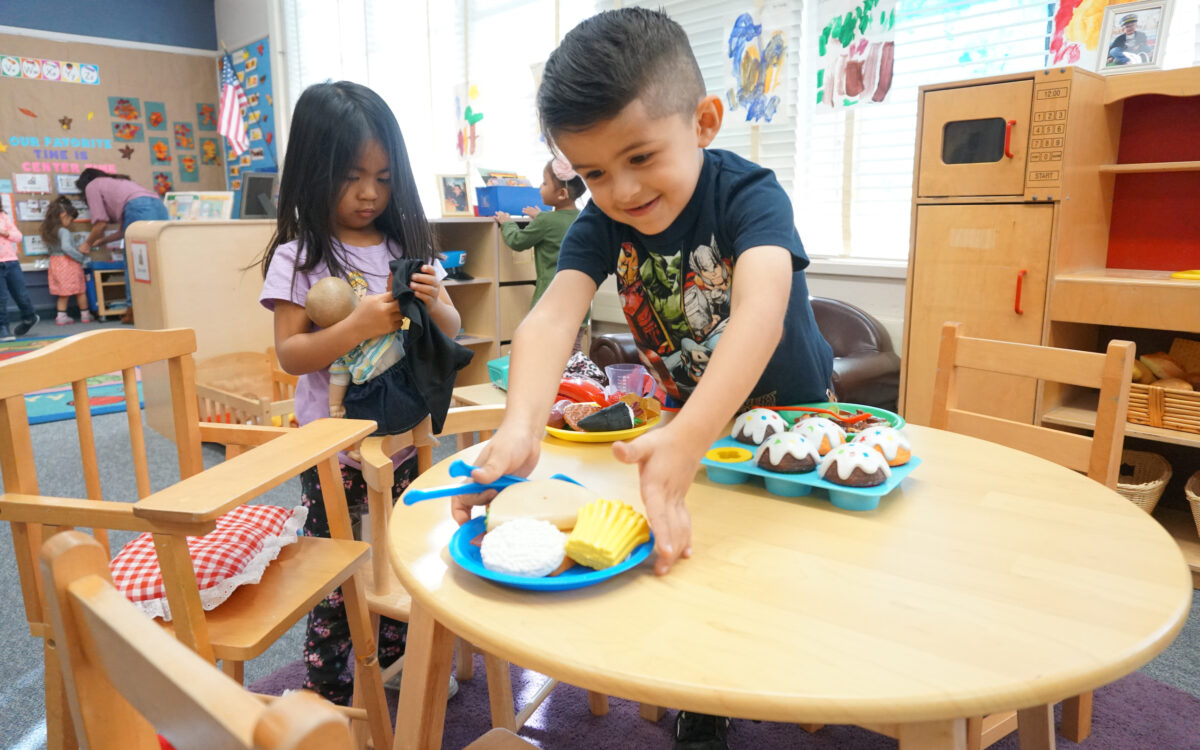 Legislative leaders released a landmark state budget agreement late Friday that would add a year of school for all 4-year-olds, significantly expand Cal Grants and middle-class scholarships for college students and provide record funding for pre-K-12 schools anxious to use billions in one-time money to bounce back from a 15-month pandemic.

Both chambers of the Legislature will vote on identical $263 billion budget bills – Senate Bill 129 and Assembly Bill 129 –  on Monday, three days ahead of the start of the 2021-22 state fiscal year. The Senate will convene to consider the budget at 2 p.m and the Assembly at 3 p.m.

Still to arrive in coming days are a deal on reimbursement rates for child care providers — a sticking point between the Legislature and Gov. Gavin Newsom – and the release of the education budget trailer bill. It will flesh out details of the agreement and is expected to spell out new requirements for remote learning and independent study for families that request it. 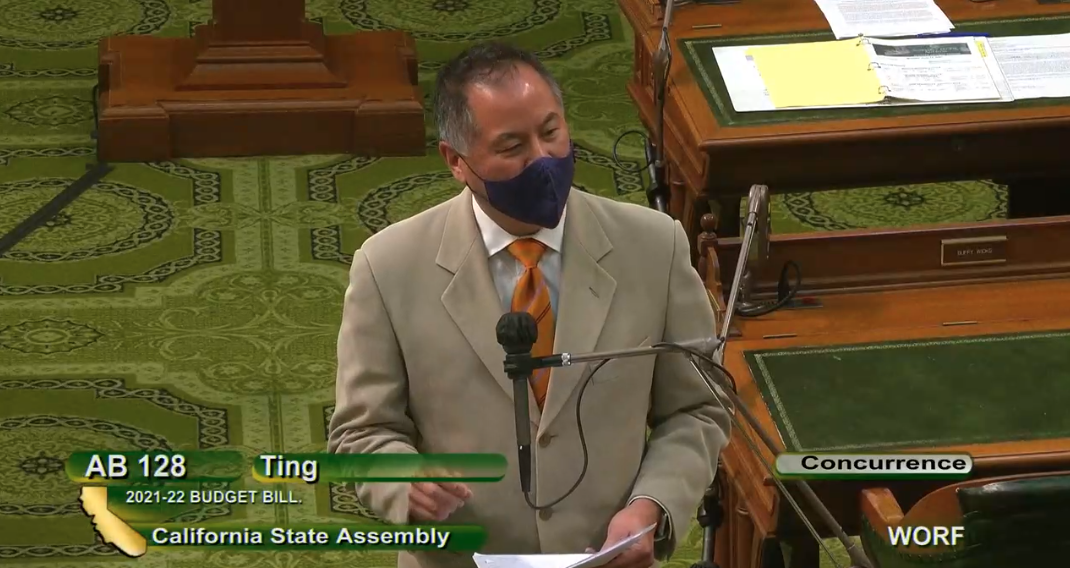 Newsom did not comment on the budget Friday. The chairs of the Legislature’s budget committees, Sen. Nancy Skinner, D-Berkeley, and Assemblyman Phil Ting, D-San Francisco, released highlights of the budget agreement. (Go here and here for more details.)

Sparing no superlatives, they described the proposed budget in a joint statement as “the most responsible, most transformative, and boldest state budget in modern history.” Two factors enabling that, they said, are a massive infusion of federal stimulus aid that “that kept families afloat and prevented the economy from spiraling out of control” and a progressive tax system that targets capital gains and the incomes of the wealthiest 1% of taxpayers.

What follows is a summary of the agreement. EdSource will provide more details in the coming days.

Proposition 98: Funding through the formula that determines the portion of the general fund for K-12 schools and community colleges would rise to $93.7 billion. That would be about a third – $23 billion – above the 2020-21 budget passed a year ago. Using higher revenue projections, the Legislature’s joint budget, passed earlier this month, created $96.1 billion for Proposition 98, allowing more spending. But Newsom insisted on more conservative estimates.

COLA: A 5.07% cost of living adjustment of $3.8 billion applied to most expenditures, including the Local Control Funding Formula, which covers districts’ general spending.

Deferrals: The $11 billion in late payments to school districts last year, known as deferrals, will be fully repaid, as the Legislature proposed. Newsom had proposed partially repaying the debt.

Special education: Ongoing funding would increase $656 million, about 20% less than the Legislature proposed, with $396 million to increase the base rate for services and $260 million for specified services for children ages 3-5 years old. An additional $550 million would fund special ed alternative dispute resolution and support for learning recovery from the impact of Covid-19.

Community schools: $3 billion in one-time funding through 2028, as Newsom proposed, to enable as many as 1,400 district and charter schools to transition to community schools. These provide multiple family and student supports, which can include physical and mental health services, family education and child care in partnerships with community nonprofits.

Teacher shortage: As Newsom proposed, $2.8 billion will be spent to recruit and retain teachers — $1.5 billion in a new Educator Effectiveness Block Grant over five years for staff professional development and $1.3 billion for several programs. These would include expanding teacher residencies, funding for classified employees to get teaching credentials and incentives for nationally board-certified teachers to teach and mentor other teachers in low-income schools.

Increased staffing: $1.1 billion in ongoing funding to increase staff — counselors, teachers, custodians and support staff — at districts’ discretion. As Newsom proposed, only districts with the highest proportions of students eligible for additional money under the Local Control Funding Formula (the “concentration districts”) would be eligible. These are English learners and low-income, homeless and foster children.

Extended learning: Starting with $1.8 billion this year, and building to $5 billion over several years in ongoing funding, the money would provide afterschool and summer enrichment programs for low-income elementary students. All districts would receive the money, based on the number of students targeted for extra funding under the funding formula, as the Legislature proposed.

Universal school nutrition: All students will be reimbursed for breakfasts and lunches by 2022-23, funded through Proposition 98, starting with $54 million next year and $650 million more in 2022-23 — a program that Sen. Skinner pushed.

College readiness: $548 million in one-time funding to all districts to enable more students to complete the A-G courses required for admission to the California State University and the University of California systems, with a focus on help for students who fell behind during the pandemic. The funding will cover the cost of AP exams, too.

Dropped in the compromise: Newsom’s revised budget in May included $2.6 billion earmarked for tutoring and $2 billion in additional funding to absorb the costs of Covid testing and other expenses to reopen schools. Funding for both was cut in the final budget to make room for other spending. Districts have more than $20 billion in already approved state and federal funding that they can use for those purposes.

Gann Limit: Through deft accounting by the Legislature’s budget drafters, the budget would avoid invoking the Proposition 13-era “Gann Limit.” It limits state expenditures to the annual growth in population and to growth in average personal income. Under Newsom’s proposed budget, $16 billion in excess revenue would have been split between personal income tax rebates and additional funding for K-12 schools and community colleges. That won’t be needed under the compromise budget, which, with recalibration, will keep overall state spending under the limit.

Initial reactions to the agreement were positive from education organizations and advocates who have called for more resources for K-12 schools.

“Californians have reason to celebrate the state’s historic budget surplus and the significant increases in funding for public education, from early learning and care to K-12 to higher education. But more impressive than its size is this budget’s potential to tackle long-standing equity issues that have long left too many students of color and students from low-income communities on the margins,” said Christopher Nellum, interim executive director of the nonprofit Education Trust-West. ”By allocating resources where they are needed most, California will be equipped to not only to rebuild from a devastating pandemic, but re-imagine its schools.”

“With so many students experiencing trauma over the past year, we applaud the state’s investments in student mental health and serving the whole child. It’s a necessary opportunity to change how we approach public education, said Kindra Britt, director of communications for CCSESA, the California County Superintendents Educational Services Association. “County offices of education have been supporting school districts’ student wellness programs for many years now, and the increased funding has us eager to ramp up our supports.”

Pandemic recovery for child care: Child care and preschool providers that serve children who receive subsidies from the state will receive stipends to help them recover from the pandemic through one-time funding of $250 million.

Financial aid: An estimated 133,000 additional community college students would become newly eligible for Cal Grants, the main source of state-funded financial aid. That’s because the agreement would eliminate age and time out of high school requirements for those awards, a rule that prevents many students from accessing them. To be guaranteed a Cal Grant under the existing system, incoming first-year students must be one year or less removed from graduating from high school and transfer students must be under the age of 28. The budget deal does away with those barriers.

Additionally, there is $515 million, beginning in 2022-23, to expand the state’s Middle-Class Scholarship to more middle-income, as well as low-income students. Under this expansion, those awards would be available to Cal Grant recipients and help them cover nontuition costs. Lawmakers say the expansion would eventually make it possible for low- and middle-income students at the University of California and California State University to attend debt-free.

UC would also get $31 million to begin a five-year process to trim the number of out-of-state and international students who enroll at UC Berkeley, UCLA and UC San Diego to 18% at each campus. Currently, those students account for between 22.1% and 23.5% of undergraduate enrollment at those campuses.

Humboldt State: Humboldt State University would be converted into the CSU system’s third polytechnic institution. CSU would receive $433 million in one-time dollars and $25 million in ongoing funding to support that conversion.

Student housing: There is $2 billion in one-time funding to create the “Capacity and Affordable Student Housing Fund.” The fund would be used over a four-year period to build new campus facilities or expand existing ones across the UC and CSU systems. It would also support the development of affordable student housing at the two systems.

Broadband: The new budget allocates $6 billion over multiple years to fund broadband infrastructure with specifically $3.75 billion to increase access in currently unserved areas. The final agreement took a cut from the governor’s previous proposal to inject $7 billion over three years into statewide broadband through President Joe Biden’s American Rescue Plan Act. Details on how the funding will be spread out over the coming years are still being negotiated.

The story was corrected on June 28 to clarify that only school districts will provide transitional kindergarten, with private providers offering before school and after school programs for 4-year-olds.