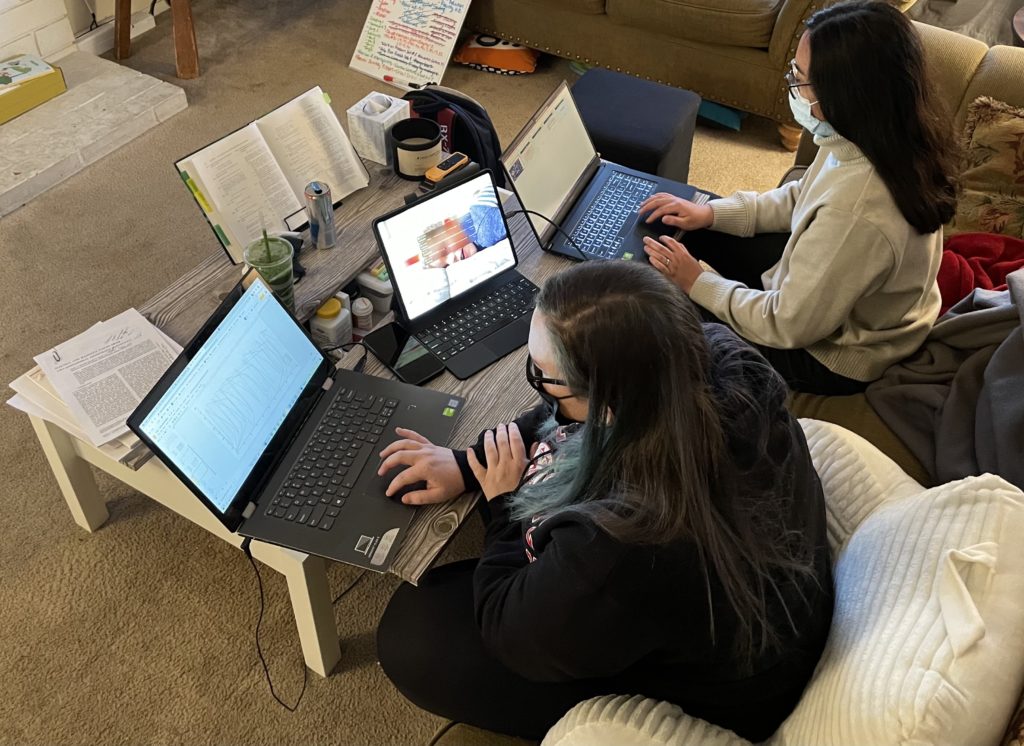 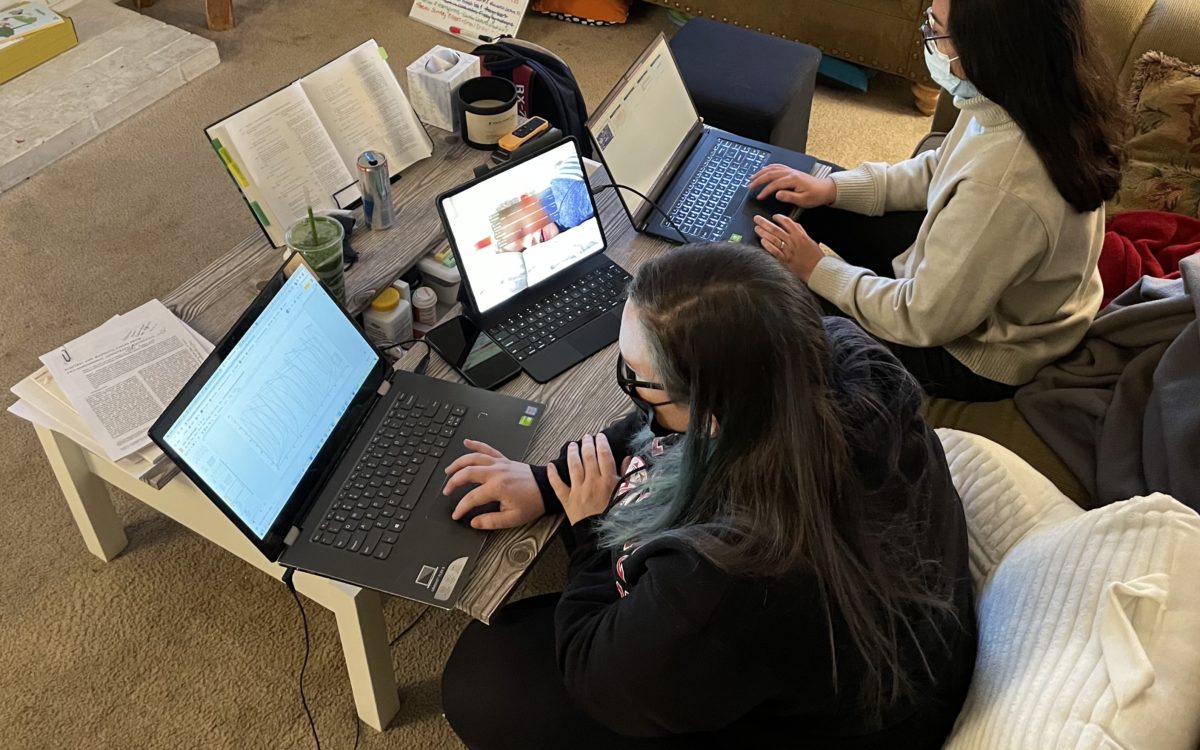 Ashley Kuhnley, who transferred into CSU Northridge as an electrical engineering major, said the mentorships in the AIMS2 program are the reason she’s “been able to stick it out” in college. In addition to her studies, Kuhnley is raising a 4-year-old son.

Despite a year of mostly online mentoring because of the Covid-19 pandemic, Kuhnley said the program has continued to help her work toward graduation. Instead of in-person forums, the program has offered virtual symposiums and regular Zoom meetings between students and faculty. Faculty and peer mentors meet with students at least once a month. Kuhnley said she and one of her faculty mentors meet weekly over Zoom.

“My first year at (CSU Northridge) after transferring was really rough,” said Kuhnley, who was working full-time and struggled to keep up in early morning classes. “But having my mentors really kept me grounded and focused on why I went to school and what I wanted to do. I’ve never had that support. My family didn’t go to college, and they didn’t see the need for it, so it was a very new experience for me and was really what kept me in school.”

The program recruits transfer students north of Los Angeles from College of the Canyons, Glendale Community College, Moorpark College and Los Angeles Pierce College. It matches them to a professor or researcher as a mentor. This year, 111 students, who are mostly Latino, participated in AIMS2. Fifty of the program’s participants are women. Since it began in 2017, the program has served 444 students.

The program assigns a faculty mentor, regardless of major, and a peer mentor to each student to meet regularly. The students are partnered together and given a STEM research project that they work on with their faculty mentors. The projects, which are not for credit but in addition to regular coursework, range from research monitoring earthquakes to biomagnetic modeling of cardiac tissue.

CSU Northridge is classified as a Hispanic-serving institution, which is a federal designation for colleges with more than 25% of undergraduates who identify as Latino. Administrators in the college’s engineering school wanted to attract more Latino and female students. So, they turned to the community colleges, said S.K. Ramesh, a professor of electrical and computer engineering who built the AIMS2 program on the campus.

“It became very evident that we not only needed to attract students to the program because first-generation students are not even aware of the opportunities in the STEM fields,” Ramesh said. “But we also needed to provide a structure that supports them with tutoring and mentoring.”

In 2011, the program received a five-year grant of about $5 million from the U.S. Department of Education to build the program, which began in 2017. In 2016, they received another $6 million grant, which will expire in September. Ramesh said he’s hopeful they will receive continued funding in the future.

The grant funding helps AIMS2 provide a $15 an hour stipend to students and $17 an hour to peer mentors. Research mentors also receive $15 an hour.

The stipends are just one way the program ensures students graduate on time, Ramesh said, because they don’t have to be distracted by part-time jobs and can focus on their studies both in and outside the program.

AIMS2 also employs tutors: “If you have difficulty with any of your courses, you could go to them and call for help,” he said.

For Kuhnley, and her peer mentee Suzanne Fisher, who is also majoring in electrical engineering, it was vital for them to see and interact with other women in STEM.

“At my community college, it was kind of like this thing that women can’t do STEM and women struggle with STEM, and that’s why it’s a male-dominant field,” said Fisher, who transferred to the Northridge campus from Mount San Antonio College, east of Los Angeles, a year ago. But despite hearing those discouraging remarks or even seeing fewer women in classes, Fisher said being in AIMS2 and working with Kuhnley encouraged her to want to prove the naysayers wrong.

Kuhnley said she also found it “intimidating” to be the only woman in many of her engineering courses.

“That was one of the bigger things that my mentor specifically helped out with because she went through the same thing too,” she said. “She told me, ‘You’ve got to focus on what you’re doing and what you know that you can do.’”

The program has seen success with a 71% graduation rate for all transfer students and 67% among women. The CSU Northridge campus was recently acknowledged by Excelencia in Education, a national organization dedicated to improving outcomes for Latino students, as one of the top five universities in the country awarding bachelor’s degrees to Latino students. The Northridge campus also has a three-year 71% transfer graduation rate and 72% for Hispanic transfer students.

“Nothing we did is really that unusual,” Ramesh said. “The idea is to empower, enable and engage students. So how do we do that? We build community and let them adapt. Let them show resilience and let them grow.”

Ramesh said he would like to see the program grow beyond CSU Northridge into other campuses. “I want to figure out a way to make this happen for every student,” he said. “Not just minority students or Latinx students.”