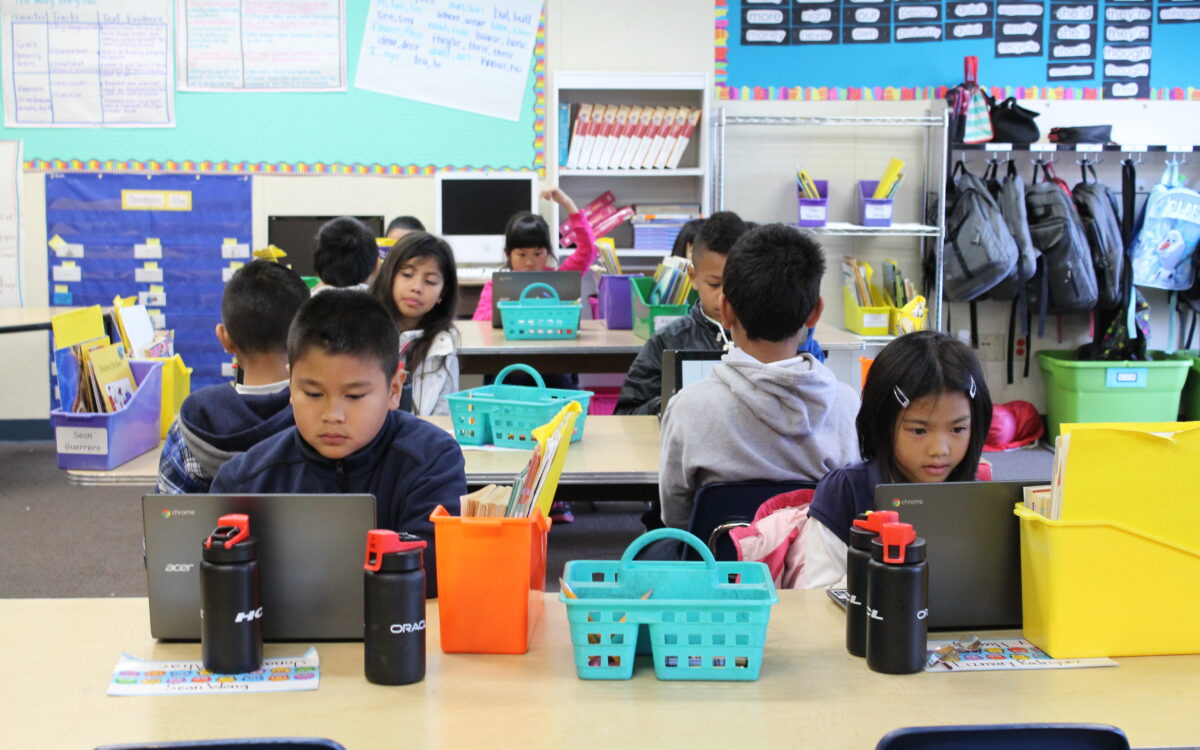 Hundreds of thousands of California students this spring will not be taking the state’s annual Smarter Balanced standardized tests, an EdSource survey of the state’s largest districts shows.

The Smarter Balanced tests are aligned with the Common Core state standards for English language arts and math and are required by state and federal law each spring. Federal education officials in February told states that they must measure student progress this year, after waiving testing requirements in spring 2020 when Covid-19 caused school closures across the country.

Now, as California lags behind many states in reopening schools for in-person instruction, school districts are moving ahead with a wide range of plans to measure academic progress during the pandemic.

Eighteen of the state’s 25 largest school districts are planning to have all or a large portion of students take an alternative to California’s Smarter Balanced tests for math and English language arts, a review of district testing plans shows. Several of those districts plan to use a locally selected assessment in grades 3-8, but students in grade 11 will continue with the Smarter Balanced test because students may want to include those scores in college applications.

Five of the 25 largest districts have not yet announced their assessment plans, and only two districts, Sweetwater Union High and Elk Grove Unified, will administer Smarter Balanced to all eligible students. Long Beach Unified will give Smarter Balanced to all students in math but plans to use an alternate option for English language arts in grades 3-5.

More than 570,000 students in testable grade levels are enrolled in school districts that said they will use an alternative assessment this year. That’s about 9% of California’s total student enrollment, but state tests are only required for California students in grades three to eight and 11.

California’s education officials have left it to local districts to decide whether to administer the Smarter Balanced tests. Districts can choose an alternative test in certain circumstances, such as if students lack stable internet at home and it’s not safe to bring them back to campus, or if students have little or no experience taking Smarter Balanced tests remotely.

“Given the unknowns in instructional quality this year and the fact that we just don’t know about the reliability of the assessment in this context, the more local you make it the better,” said Rick Miller, executive director of the CORE Districts, a collaboration between several of the state’s largest school districts.

Districts that do not offer Smarter Balanced this year must replace it with an assessment that is aligned with California Common Core state standards for English language arts and math and administer those assessments uniformly across a grade, school or district.

But as schools begin to return to in-person instruction at an uneven pace, it has created confusion over what conditions are appropriate for skipping Smarter Balanced this spring.

In an FAQ updated on April 15, state education officials said the California Department of Education will not evaluate local testing plans, paving the way for districts to determine their own assessments. The guidance lists considerations for choosing an alternative, including:

Districts across the state are now saying many of those scenarios ring true. Fresno Unified, for example, will use i-Ready in lieu of Smarter Balanced this spring for grades three to eight while students in grade 11 will continue with Smarter Balanced. I-Ready is an online instruction and assessment software aligned with California’s Common Core state standards.

“Having students using the i-Ready platform for an entire year has been consistent, and we believe we will have a better testing environment and experience for students who are familiar with this already,” said Andrew Scherrer, executive director of equity and access at Fresno Unified.

Moreno Valley Unified in Riverside County is taking a similar approach, but instead, all students including 11th graders will take the district’s local assessment choice, called Measure of Academic Progress, or MAP, by the national nonprofit assessment organization NWEA.

“With all of the changes people have been through this year, it’s a smoother transition to take MAP,” said Superintendent Martinrex Kedziora, adding that the district has been using that assessment throughout the year already. “We’re really mindful of our teachers’ mindset, and they have had a lot of changes this year, so we’re trying to do anything we can do to alleviate the stress or changes to something unfamiliar for them.”

Elk Grove Unified, meanwhile, plans to have all tested grades take Smarter Balanced. Officials previously told EdSource that would be more feasible because they didn’t have an alternative in place that was of the same caliber and provides the same disaggregated data as the Smarter Balanced tests.

Districts that do continue with Smarter Balanced will use a shorter version of the assessments this year after the State Board of Education approved a plan last November to trim the test down by about 2 hours.

Across the country, assessment plans are equally mixed. The state of Washington recently announced it will push back its standardized test until next fall, joining New Jersey. And Washington, D.C., got approval from the U.S. Department of Education to skip the tests altogether because nearly 90% of students are still in distance learning. Other states, such as New York, were denied such requests.

The U.S. Department of Education in February said state tests must resume this year, but it also offered the option to apply for additional concessions. In April, federal education officials said California would not need to apply for an additional waiver after reviewing the state’s testing plan, which requires school districts to continue with the annual statewide assessments “except in any instances where the state concludes it is not viable to administer the assessment because of the pandemic,” Ian Rosenblum, deputy assistant secretary at the U.S. Department of Education, said in a letter to California education officials.

U.S. education officials describe viability as the ability to administer the Smarter Balanced assessment “given a district’s specific circumstances in the context of the pandemic,” the letter reads. Although districts cannot simply replace the statewide tests if they want to, the letter reads, that is the effective result of allowing local districts to determine whether it is “viable” for them to give the tests.

Unlike previous years, districts and the state won’t be penalized in 2021 if participation in statewide tests is low. In March, California received a waiver from the U.S. Department of Education removing penalties associated with having less than a 95% participation rate and extending the test administration window to July 30.

For many districts, the biggest hurdle this spring is operating within an ever-changing landscape of school reopening. In West Contra Costa Unified, which covers Richmond and the surrounding East Bay cities, in-person instruction is currently limited and most of the district’s 32,000 students will take assessments remotely this spring.

“As we are working through a spring return to in-person instruction, we want to limit the amount of time dedicated to standardized assessments during this time,” said Ruben Aurelio, chief academic officer for West Contra Costa Unified, which will be using STAR for grades three to eight and is still working to determine what 11th graders will take. STAR is a Common Core-aligned reading and math assessment from the education company Renaissance.

“The focus on giving them a standardized assessment as soon as they walk into our doors is not going to help them or us in the end,” Aurelio said.

Most districts, however, will juggle testing students both at home and on campus.

“Do we think at the end of the day that all of this data will be good or clean? No. I don’t think anyone has the expectation that it will be the same as when everyone is in class with the same setup,” said Scherrer of Fresno Unified. “But we can get close, and we can use this to make decisions about how to support students.”