How one California campus, the statewide leader in Covid aid, starts spending its millions

Visit the campus health center to see how an unprecedented flow of federal dollars in pandemic relief is being spent at California State University, Northridge.

An office has been converted into a state-of-the-art isolation room to test and treat patients possibly infected with the Covid-19 virus or other airborne illnesses. Through a sophisticated ventilation and sealing system, the air in that so-called negative pressure room is pulled out like a vacuum into a metal chimney stack leading outside to the roof. The goal is to prevent virus particles from floating into other parts of the clinic.

Cal State Northridge is slated to receive $265 million in total federal Covid relief, the largest amount among California’s public and private colleges and universities. The $219,000 for the isolation room upgrade is among a long list of projects and services on that campus funded by that aid.

The campus is eligible for $248 million under the basic rules for the three rounds of funding passed by Congress in late 2020 and early 2021. Its funding swells to $265 million by including extra funds that Congress targeted to help colleges that serve underrepresented ethnic and racial groups.

Without the federal funds, “we would not have been able to do this. Absolutely not,” Jason Wang, the university’s senior director of physical plant management, said while giving EdSource a tour of the clinic.

Nearby, a campus warehouse contains stacks of cartons containing masks, wipes, dispenser stands for sanitizers, digital thermometers and plastic dividers for desks. Throughout campus buildings, corridor floors now are dotted with large, round red stickers urging everyone to keep to the right while walking to minimize face-to-face contact.

All of that will improve safety and ease concerns as the campus readies for a partial or full return to in-person classes in the fall, officials said. Even if Covid-19 infection rates remain low and much of the protective gear is unused at first, the campus will keep the items just in case, according to campus spokeswoman Carmen Chandler.

“We will simply be prepared for future health and safety needs, which are inevitable,” Chandler wrote in an email.

The three waves of Covid relief are pumping more than $9.5 billion to public and private colleges and universities in California, by far the most of any state.  The funds are aimed at replenishing lost revenue, covering the costs of responding to the pandemic since it surfaced in March 2020 and helping students with financial emergencies.

That is particularly true at CSU Northridge, a sprawling campus in the suburban San Fernando Valley section of Los Angeles, which serves a large commuter population and many students from low-income and immigrant families.

CSU Northridge gets so much because of its large student enrollment — 38,815 last fall — and because 54% of its undergraduates are eligible for federal Pell Grants for low-income students. Also, the university gets extra funding as a federally designated Hispanic-serving institution because 51% of its students are Latino.

As required by federal law, nearly half of the aid will become grants for needy students to offset costs of living and learning. The school can use some of the rest to fill in for massive pandemic-related revenue losses — at least $40 million this year — and to cover the refunds it had to give students for unused housing and parking fees.

The aid also funded online teaching technology, upgraded ventilation in scores of campus buildings, improvements at health facilities and expanded mental health counseling for students. The university purchased more than $1 million worth of plastic desk dividers, masks, sanitizers and wall-hung digital thermometers — all meant to slow the spread of Covid-19.

The campus would have suffered “devastating” cutbacks if not for the federal money, said Colin Donahue, CSU Northridge’s vice president for administration and finance and its chief financial officer.

“I don’t know how we would have weathered that storm,” he said, noting that no one had anticipated that the pandemic shutdown would have lasted three semesters. “Without these funds, we would certainly not be in a position to serve our students in an appropriate manner.” 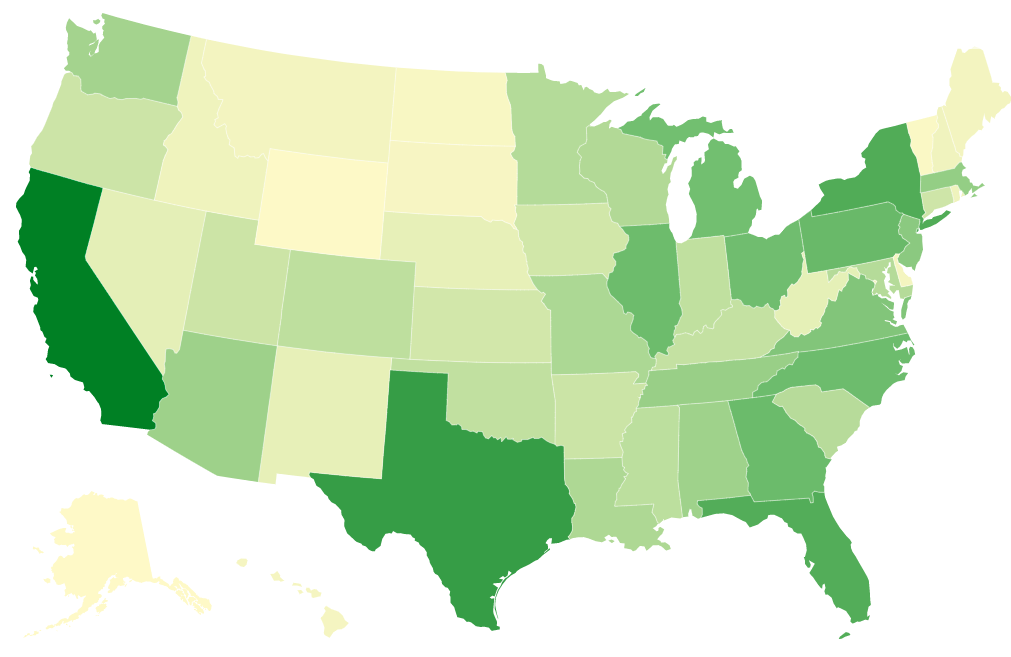 EdSource has gathered for easy public view newly available federal data, with tables, charts, and maps which detail funding and spending across the country.

Students say they appreciate the help. Some of the neediest are expected to receive what could total $2,600 from the first two rounds of federal funding, with more to come from the third round, the American Rescue Plan signed into law in March. The payments were made automatically based on previous income information and did not require new applications.

“I think a lot of our students have definitely needed that in the coronavirus pandemic and have benefited from it. It did make a difference,” said Deion Turner, who just finished serving as this year’s student government vice president.

Many students lost jobs during the health emergency and had trouble with expenses for housing and food. The extra aid was “really a great thing,” he added.

Turner, a Los Angeles resident who graduated in May, received $600 in Covid aid to cover books for his final term and car payments.

In the first two rounds, totaling about $127 million, $53.2 million went to student grants, according to an accounting provided by the campus.

An additional $31 million provided refunds to students for housing, meals and parking programs and filled in for various lost revenues, including a decline in the amount of tuition paid, worsened by lower enrollment of international students during the pandemic. That federal money even helped the university avoid possible defaults on construction bonds for dorms and garages, officials said.

About $14.7 million was for new and improved technology for online teaching and remote communication, such as better Wi-Fi connections, computers and teaching software for faculty, staff and students.

The sudden shift to remote teaching and working “would have been in dire straits” without that new equipment, said Edith Winterhalter, associate vice president for budget and strategic business operations.

The campus still is deciding how to use its most current appropriation and will have about a year after receiving its last share to spend the funds. Money does not arrive from Washington, D.C., in a lump payment, but campuses must submit documentation to draw down against their award amounts. After distributing about $65 million of the funding to students, the campus will have about $73.5 million to spend, equivalent to 15% of its $491 million operating budget in 2020-21.

On a recent campus tour, most of the spending was not visible, such as bolstering counseling and home technologies for teaching. But in 31 campus buildings, there was significant retrofitting to improve ventilation. And many classrooms are being equipped with portable air-filtering units, the size of window air conditioners, that sit on the floors.

Then there is the special negative pressure room for isolation in the Klotz Student Health Center. Such isolation zones have become more common in hospitals, but are rare on college campuses.

The facility, about 150 square feet, opened in January and at first was being used daily when Covid-19 infections were high. Now, about one patient a week is in there, according to Marisol Garcia, a lead public health nurse in the clinic. Besides providing a safer way to examine people suspected of being infected, it avoids the wider shutdowns and intensive cleanups that would be needed in the rest of the large, two-story building if an infected person were to wander around. Patients quickly exit the isolation room to the outdoors via a door a few steps away in the corridor, avoiding the main portal.

The special room “allows us to have a greater level of protection and reduces our risk of exposure, not only for the persons caring for the patient, but for others in the building,” Garcia said.

While usage has decreased, the room can be used in the future for other airborne health problems, Garcia said. The zone, she said, “was an overdue type of thing and would have sat on the back burner” without that federal help.

The once-in-a-lifetime pandemic drove Congress and two presidential administrations to approve $69 billion in Covid relief for higher education with the highest amount, more than $9.5 billion, for California colleges and universities.