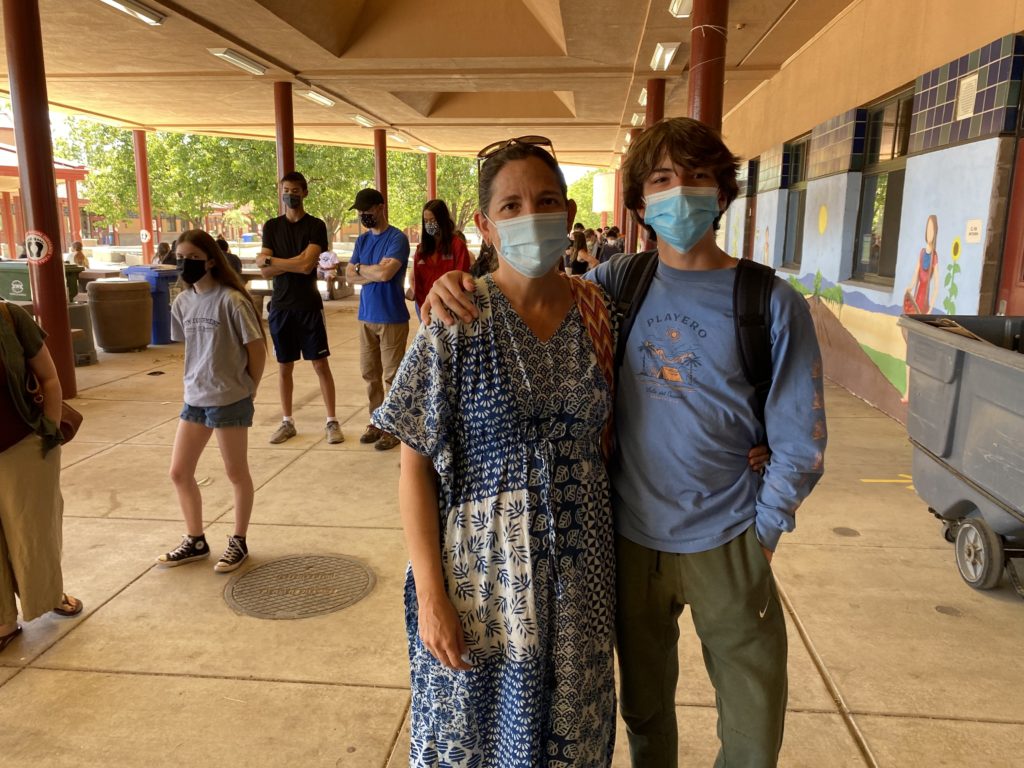 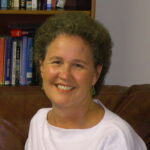 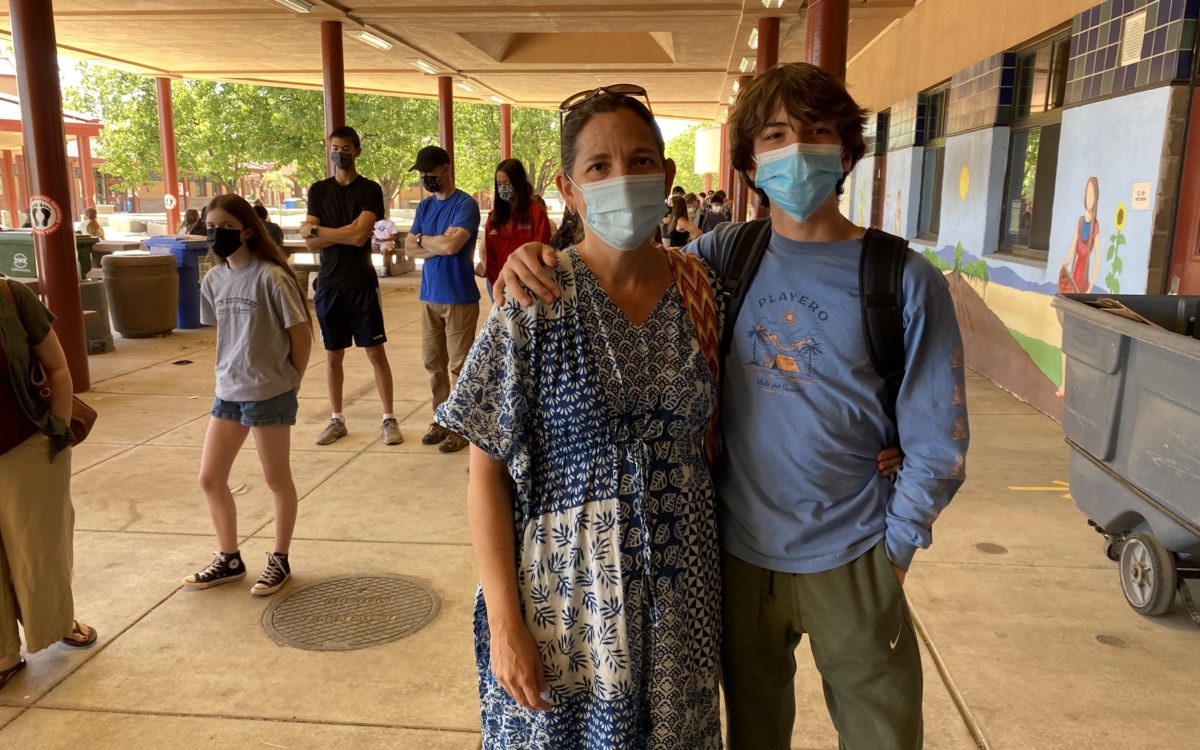 On Friday, Gov. Gavin Newsom made California the first state in the nation to announce a Covid-19 vaccination requirement for all schoolchildren and staff participating in in-person instruction, adding the Covid-19 vaccine to the list of required school vaccinations that prevent such infectious diseases as polio, diphtheria, measles, mumps and rubella.

The new requirement will be effective at the start of the school semester following full FDA vaccine approval for each age group. In practical terms, with full approval likely in the coming months, this means that students aged 12 and older in grades 7-12 will need to be vaccinated by the start of the 2022-23 school year unless they have a medical or personal belief exemption.  Fully approved vaccines for students aged 5-11 are expected to follow at some point in the coming year. All staff, except for those who qualify for exemptions, will need to be vaccinated by the time the student requirement is activated.

The governor invited districts to move even faster than the state where they are positioned to do so, and the state is both helping coordinate vaccine clinics for schools and paying school districts to establish them.

California is fortunate to have the tools at hand and leadership at the helm to end this pandemic and to maintain safe schools and a safe society.  Newsom has acted decisively to make California the safest state in the country with all the tools needed for a successful return to in-person learning for students: California was the first state to require universal masking in schools for this school year and first to require school employees to vaccinate or test weekly. California also has the most ambitious funding supports for personal protective equipment, ventilation upgrades, testing and vaccination clinics. These investments are in addition to a wide range of efforts to support learning recovery and the social-emotional wellness of students.

As of this writing, California case rates and Covid death rates are the lowest in the country, and they have been declining rapidly since mid-August even as schools were opening up and many other states’ case rates were increasing. States like Alaska, Montana, North Dakota, West Virginia and Wyoming, where case rates are 8 to 12 times higher — and where pediatric hospitalizations have risen dramatically — have taken none of these safety measures and have vaccinated less than half their citizens. Meanwhile, California’s fully vaccinated rate is currently 59% overall and more than 80% of the eligible population. (See the chart below for data as of Oct. 1.) 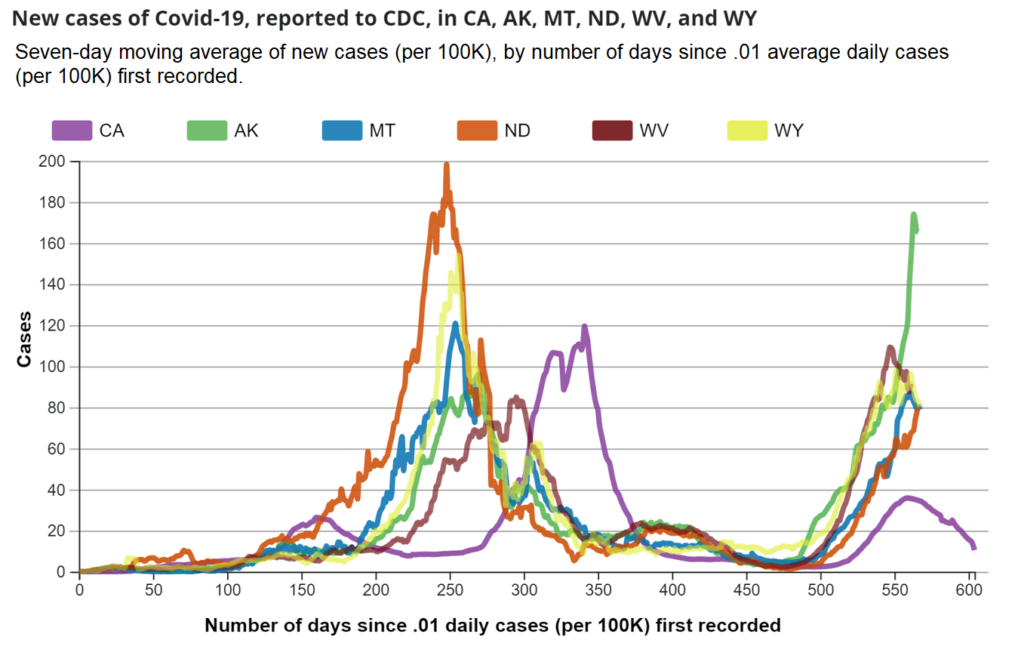 Holding firm on safety measures has greatly benefited schools in California. While we have been open for nearly a month longer than most other states, we have experienced  less than 1% of the nation’s school closures even though California educates approximately 12% of students in the nation. And those closures have largely been in regions with lower vaccination rates, which vary significantly across the state.  In at least three counties, for example, fewer than 20% of people aged 12-17 are vaccinated, whereas in several others, more than 80% are fully vaccinated.

Those differences in views about safety measures, from masking and social distancing to vaccinations, have surfaced in California as they have across the country, and have slowed progress toward ending the pandemic in many states. While most parents have embraced safety measures and are delighted to have their children safely in schools that are registering little to no transmission of Covid-19 as a result, a vocal minority has resisted these measures. A court recently denied an injunction against the masking mandate in a lawsuit brought by the Let them Breathe Coalition, and school board meetings in some parts of the state have been disrupted by protests.

Similarly, while more than two-thirds of parents in a July California poll agreed that eligible students should be required to get a Covid-19 vaccine once it has been approved by the FDA, others oppose vaccines or feel that governments should not have a role in guiding individual behavior.

This is not new in America — and the resolution of pandemics has been affected by how governments have acted in the face of both germs and people’s beliefs and behaviors. In the influenza pandemic of 1918, some cities quickly adopted public health measures: mandatory isolation of the sick and their contacts, school closures and bans on public gatherings. Masks were mandatory in San Francisco, where cases were quickly controlled in the first months of the pandemic, but Philadelphia ignored the early signs and, despite warnings, sponsored a Liberty Loan Parade, which was attended by 200,000 people; within two weeks there were 20,000 influenza cases in that city. By Easter Sunday of 1919, about 550,000 had died of influenza in the United States. In one month alone (October 1918), around 11,000 died in Philadelphia.

While some have resisted mask mandates and vaccinations as “un-American,” nothing could be further from the truth. The first courageous inoculation mandate — issued by George Washington — no doubt saved the American Revolution. Smallpox had been a danger for centuries, having devastated the Aztec population when Cortez’s army brought it from Europe and having attacked the city of Boston in the early 18th century, infecting half of the population and killing nearly 10% of the people there.   Smallpox outbreaks often had a mortality rate as high as 50-60%, and they were a major factor in the American Revolutionary War, frequently disabling the troops.  Finally, in 1777, George Washington carried out a mass inoculation campaign — an early form of vaccination — in the Continental Army, reducing the mortality from smallpox to less than 2%, which helped the Army defeat the British. The Founding Fathers, including Washington, Thomas Jefferson and Surgeon General Benjamin Rush, argued that smallpox vaccination was the greatest discovery in modern medicine. The first vaccine mandate in U.S. schools, focused on smallpox, was enacted in Massachusetts in the 1850s.

The Covid-19 vaccines have been proven far safer and more effective than the smallpox vaccine or almost any others that have been developed in the many years since. According to the Mayo Clinic:

Given how well California is doing in reducing cases overall, some might ask why we should require vaccinations for students and staff at this point. Last winter’s spike and the emergence of the delta variant are instructive on this point. The one thing we know about Covid-19 is that we cannot let our guard down.

Nationally, Covid-19 hospitalization rates among children and adolescents rose nearly 500%  from late June to mid-August 2021, as the Delta variant spread. Hospitalization rates were 10 times higher among unvaccinated than among fully vaccinated adolescents.  As Dr. Amesh Adalja, an infectious disease specialist at Johns Hopkins University, noted in a recent article in Healthline, “The virus doesn’t care if you’re a child or an adult, it only cares if you’re unvaccinated.”

Pediatric Covid case rates have gone up especially in the places where vaccination rates are low and mitigation strategies like masking are unevenly used. But young children are protected when those around them are vaccinated. Evidence that emerged in June shows that cases among children have dropped in areas with high vaccination rates. The most effective way to keep young children safe is for more adults and older siblings and classmates to get vaccinated and reduce the opportunity for the coronavirus to spread among their communities.

The history of pandemics illustrates the importance of continued vigilance. In 1919, having quickly reduced influenza cases with aggressive measures, San Francisco relaxed its safety rules and experienced another long wave of unnecessary cases and deaths, unlike New York City, which stayed the course. And while Massachusetts required the smallpox vaccine for schoolchildren in 1850, it took 50 more years for all the remaining states and another 50 years for governments around the world to follow suit, leading to needless outbreaks and deaths before the World Health Organization finally declared smallpox eradicated in 1980.

Our goal must be to get off the Covid-19 rollercoaster by using every tool to end the pandemic — and to ensure that if someone catches Covid it is no more damaging than the common cold. This goal can only be achieved through vaccination, in concert with the proven in-school safety measures that will allow us to return to a new normal that ensures a safe, joyful and long-lasting return to school.

Linda Darling-Hammond is president of the California State Board of Education and an adviser to Gov. Gavin Newsom.