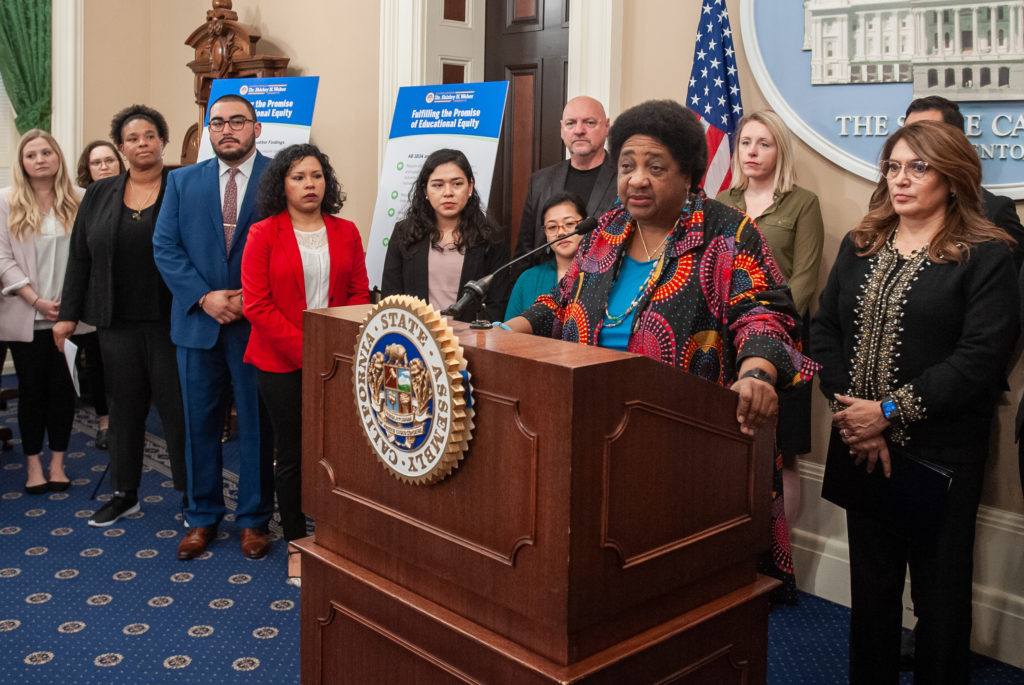 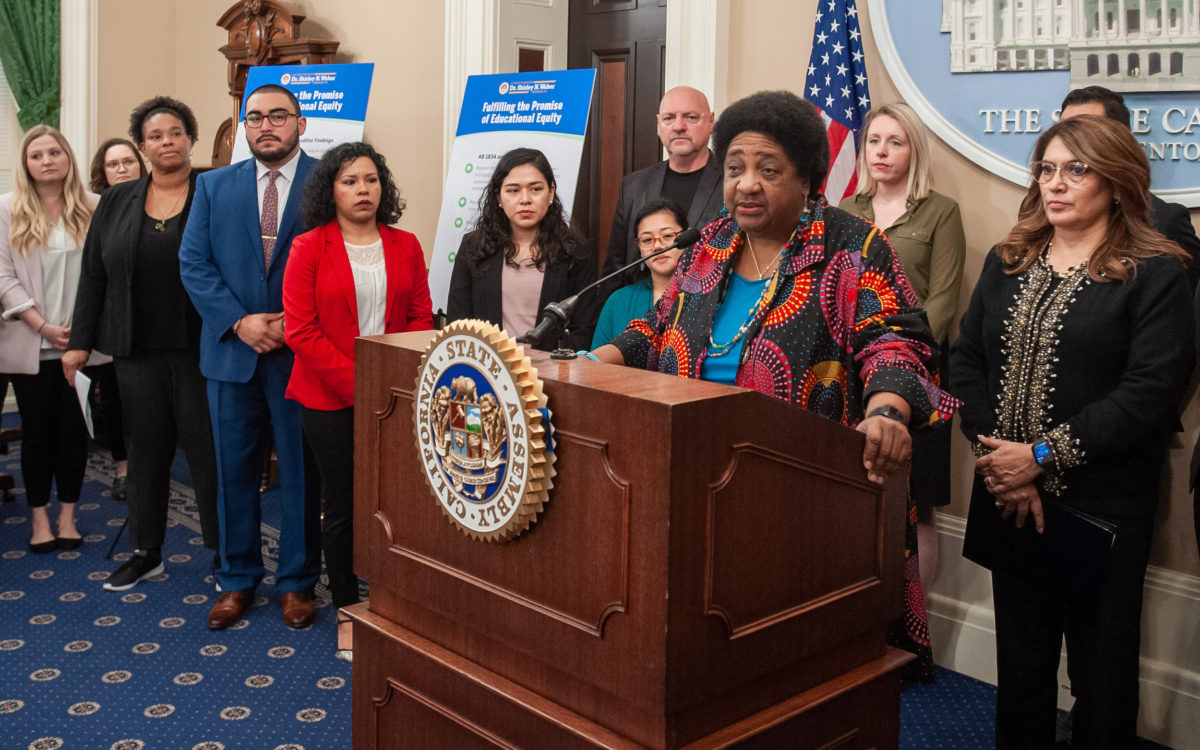 Gov. Gavin Newsom has proposed his solution to a long-running, contentious dispute over the Local Control Funding Formula, the equity-based formula for distributing the bulk of money that school districts get from the state.

At issue is whether school districts can use leftover, year-end funding intended for “high-needs students” however they want. Newsom’s answer is, no, they can’t; the money must be committed to those students — who generally are the farthest behind academically and face the challenges of poverty — and districts must document that. 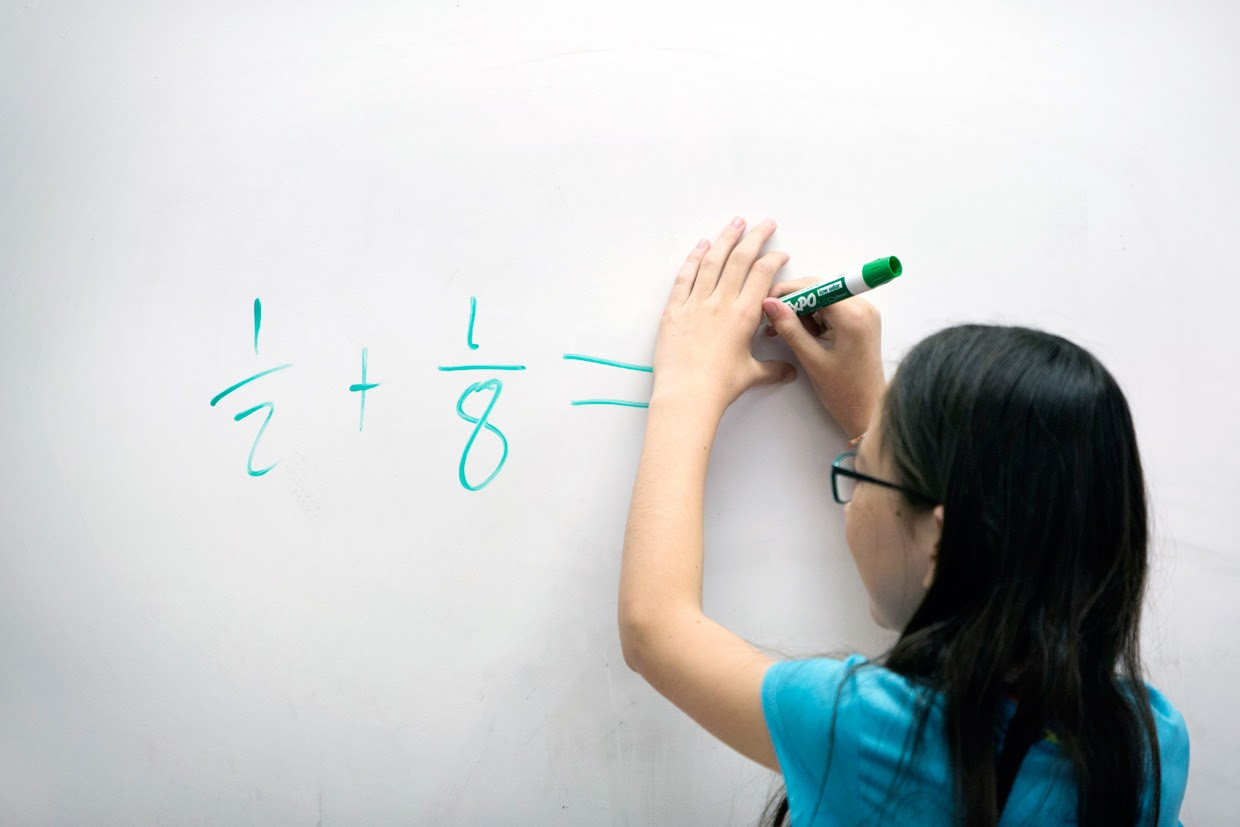 Some of those who have been calling for reform for years say the governor’s approach is a big step forward but not fully right.

In September, Newsom vetoed Assembly Bill 1835, which legislators assumed had resolved the issue by requiring that districts spend every dollar of leftover funding on targeted students. While stating that he agreed with its basic purpose, he indicated in his veto message his administration would propose an alternative.

The funding formula, which former Gov. Jerry Brown created and shepherded through the Legislature in 2013, provides as much as 40% more funding to districts with the heaviest concentrations of targeted student groups: English learners and low-income, foster and homeless students. Districts must use the additional money, called “supplemental and concentration” funding, to increase or improve services for them.

Most districts, however, have taken the position that any unused supplemental and concentration funding can be carried over and mixed in with unrestricted general revenue the next year. Brown and the Department of Finance encouraged that view because the Legislature eliminated highly regulated “categorical” funds — money restricted to specific uses — in creating the funding formula. Since supplemental and concentration dollars aren’t categorical grants, they said, districts shouldn’t be told how to spend unspent money.

Without guidance to the contrary, county offices of education, which must review districts’ annual Local Control and Accountability Plans, adopted that position as well.

Organizations advocating for low-income students and English learners dismissed the Brown administration’s rationale. They called the carryover practice a huge loophole that encouraged districts to hold over money in order to “plug budget holes,” as the nonprofit Education Trust-West put it, or cover expenses, including staff raises and employee benefits.

Education Trust-West and Public Advocates, a nonprofit law firm, criticized the practice for years in reports on districts’ funding formula spending (here and here). Then in 2019, in the first extensive audit of district spending under the funding formula, State Auditor Elaine Howle condemned the carryover practice and called for change.

“We are concerned that the State does not explicitly require districts to spend their supplemental and concentration funds on the intended student groups or to track how they spend those funds,” leaving the public in the dark how on whether the funding formula is accomplishing its mission, Howle wrote.

Districts currently have to explain in their annual Local Control and Accountability Plan what they plan to do with the extra funding for high-needs students. Under Newsom’s proposed statutory changes, they would have to spell out in a new section of the following year’s LCAP how much was left over and why, and, once again, how they plan to spend it.

So far, so good, say Education Trust-West and Children Now, another advocacy organization for low-income children, which co-sponsored the bill. But they’re bothered by an additional element of Newsom’s plan they say could undercut the unequivocal wording of AB 1835.

What is a “qualitative improvement”?

The disagreement has to do with the flexible language that Brown included in the funding formula over how to measure new services for targeted students. Since the first LCAP in 2014, districts have had two spending options, quantitative and qualitative: They can add up the dollars and show that they spent them on the students. Or they can provide proof that they increased or improved services in proportion to the additional funding. If supplement and concentration funding comprises a quarter of its Local Control Funding Formula, then the district must demonstrate how it will increase or improve services for targeted groups by the same proportion.

Most districts have never used this more complex method. But under Newsom’s plan, there would be a new qualitative section in the LCAP. If a district falls short of accounting for 100% of supplemental and concentration dollars, then it would have to justify the difference in qualitative improvements. One example might be to change the schedule in a high school to add instructional minutes and access to AP courses while not costing a lot of money.

Vincent Stewart, an analyst for Children Now, said the proposal would invite districts to justify underspending for deserving students by resorting to hard-to-disprove qualitative improvements.

“While we appreciate the administration’s proposal, the loophole remains. Qualitative improvements are fine but should not replace the requirement to spend all supplemental and concentration funds,” he said.

Newsom is “taking a process that is already complicated and making it more so,” he said.

“Closing the loophole in the Local Control Funding Formula would be a win for education equity,” said Elisha Smith Arrillaga, executive director of The Education Trust-West. “Unfortunately, the governor’s proposal does not appear to meet the goal of AB 1835.”

It would take several years after the new LCAP goes into effect in 2022-23, to see if their concerns are valid.

One advocate who doesn’t see cause for worry and praised Newsom’s approach is John Affeldt, managing partner of Public Advocates, a nonprofit law firm that has examined hundreds of LCAPs. Newsom, like Brown, is not going to eliminate the qualitative provision, but the proposal will “significantly tighten” how it can be used, by requiring districts to justify an improvement’s equivalent value in the LCAP, Affeldt said.

He predicted that few districts would use this approach, and those that do will justify only marginal spending.

The proposed wording achieves what advocates have sought, he said. Many districts have evaded accounting for their supplemental and concentration spending in their LCAPs. Now they’ll have to do that. As a result, they will also have to be transparent about carryover dollars, he said.

The proposed changes will also force county offices of education that have taken a hands-off approach to LCAPs to be more assertive. Public Advocates has filed numerous complaints and lawsuits against districts and county offices over LCAP violations, and has won key decisions in Los Angeles, Stockton and Fresno.

Its latest complaint, jointly filed with the ACLU of Southern California on behalf of two faith-based community organizations in San Bernardino, is awaiting a ruling by the California Department of Education. It charges that the San Bernardino County Superintendent of Schools approved the LCAPs of Hesperia Unified, Victor Valley Union High School District and San Bernardino City Unified that didn’t account for tens of millions of dollars in supplemental and concentration spending and improperly took a hands-off approach to carryover spending.

Passage of the proposed clarifications to the funding formula would compel county offices to take a stronger role in oversight that many have avoided, Affeldt said.

Smith Arrillaga and Stewart said they will lobby the Legislature to restore the approach in AB 1835 and drop the qualitative exception. They’ll have to do it without Weber’s help. Newsom named her to succeed Alex Padilla, who stepped down as secretary of state to take over Vice President Kamala Harris’ seat in the U.S. Senate. Last week, Weber assumed her new job.