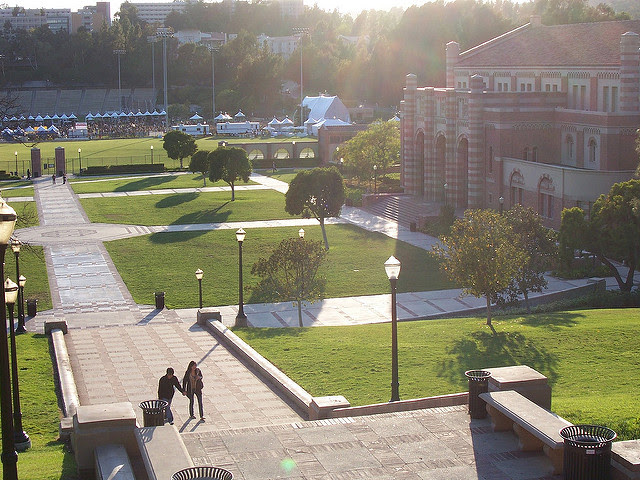 California’s financial aid programs would be expanded, and fewer out-of-state students would be able to attend the University of California, under a budget proposal announced Tuesday by state legislators.

The budget agreement reached by state Assembly and Senate leaders, which must still be negotiated with Gov. Gavin Newsom, also calls for hiring more faculty at the state’s community colleges, increasing overall enrollment at both UC and California State University and eliminating Calbright, the state’s online-only community college.

The full Assembly and Senate also must still vote on the budget and approve it by June 15. Lawmakers can then negotiate with Newsom through June 30.

Lawmakers supported many of Newsom’s major higher education plans included in his latest budget proposal, such as increasing funding for the two university systems and restoring cuts that were made at the height of the Covid-19 pandemic last year to the systems.

In some other areas, however, legislators modified or rejected Newsom’s proposals, or put forth new proposals of their own, triggering the need to negotiate with Newsom for them to be included in the final state budget.

The Legislature’s proposal would make more students eligible for Cal Grants, the state-funded financial aid awards, and also increase the amount of some of those awards.

Under the Legislature’s plan, there would be no age or time out of high school requirements for students to be eligible for Cal Grants. Under the current system, to be guaranteed a Cal Grant, incoming first-year students must be one year or less removed from graduating from high school. Transfer students must be under the age of 28.

The change is aimed at expanding the Cal Grants to older adults who may be returning to college or entering college later than the average student.

On top of that, the Legislature proposed to allocate another $125 million to increase the amount of the Cal Grant B award from about $1,600 to $2,000 by 2022-23. Those grants help students cover non-tuition expenses like housing and books.

The Legislature also proposed spending $542 million to expand the state’s Middle Class Scholarship, making Cal Grant recipients eligible for those awards to help pay for non-tuition costs. Currently, those scholarships are not available to students who receive Cal Grants. The expansion would go into effect in 2022-23.

The Legislature’s budget agreement seeks to reduce out-of-state enrollment at the University of California while increasing the number of in-state students who enroll.

The plan calls for those campuses to reduce their overall undergraduate enrollments of nonresident students to 18% over five years. Currently, nonresident students make up 23.5%, 22.5% and 22.1% of undergraduate enrollment at UC Berkeley, UCLA and UC San Diego, respectively. The plan would create spots for 900 more California residents every year at those campuses, according to the Legislature’s estimate.

“We think that’s a top priority because those are the three most desirable campuses,” Assembly Budget Committee Chairman Phil Ting, D-San Francisco, said during a news conference Tuesday.

That proposal is less ambitious than a plan introduced by the Senate last month that would have forced those campuses and the entire system to cap enrollment of out-of-state students among incoming freshmen at 10% by 2033-34.

However, the Legislature also proposed allocating $67.8 million to increase in-state enrollment at UC by 6,230 students in 2022-23.

Lawmakers approved a slightly modified version of Newsom’s proposal to convert Humboldt State University into the CSU system’s third polytechnic institution. The Legislature proposed spending $25 million annually to support that conversion, as did Newsom. But while the governor proposed spending $433 million in one-time money to support that project, lawmakers offered $313 million in one-time spending.

The Legislature’s plan also includes $50 million in one-time dollars for CSU to expand teacher preparation programs over the next five years.

Like with UC, lawmakers rejected Newsom’s proposal to make CSU’s base funding contingent on it increasing the number of online classes offered and creating a dual admission guarantee.

As expected, lawmakers are proposing to eliminate Calbright, the online-only community college, which opened in October 2019. What’s unclear is whether Newsom will get on board with doing away with the college. The Legislature pushed last year to close the embattled college, but it ultimately survived.

The Legislature also proposed just $15 million in one-time funding to expand zero-cost textbook degrees across the community colleges, far less than the $115 million the governor proposed. In the budget proposal, Assembly staff called Newsom’s proposal “worthwhile” but said there is “no justification” for that “significant funding level.”

Lawmakers propose spending $170 million in ongoing funding to hire at least 2,000 more full-time faculty across the community college system and another $75 million to support part-time faculty.

The Legislature’s proposal modifies Newsom’s plan to spend $4 billion in one-time funding, split between 2021-22 and 2022-23, to create a housing grant program that would expand affordable housing across the state.

Instead, lawmakers offered to create a $4 billion fund that could be used to build housing at the state’s public colleges and universities but could also go toward other projects, like building new campus facilities or expanding existing ones, said Sen. Nancy Skinner, D-Berkeley, chair of the Senate’s budget committee.