Easing the transfer path in California from community colleges to universities 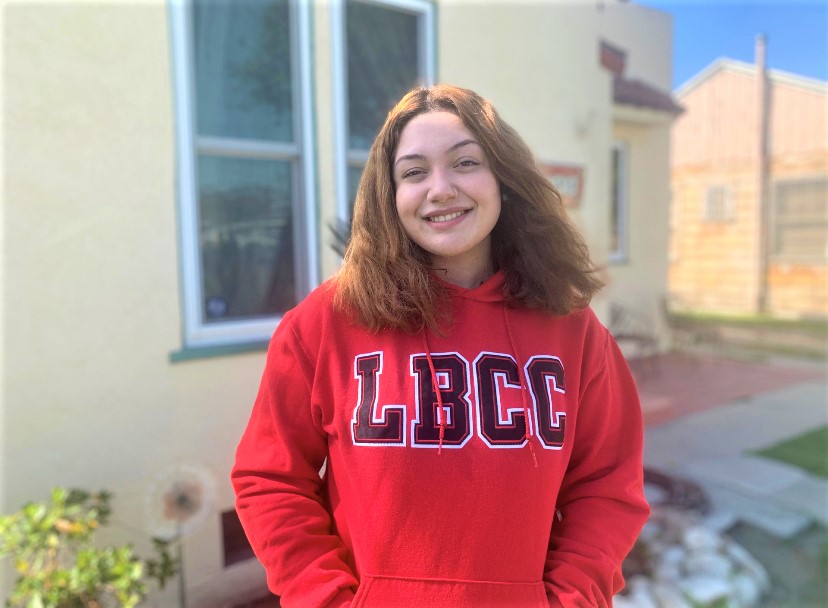 A second-year student at Long Beach City College, Emilio Mann is part of an experiment that aims to ease and improve the way he and classmates transfer to a public university and ultimately earn a bachelor’s degree.

So far, things are working well for him. Mann was recently accepted to California State University, Long Beach for next fall through a pilot program that connected him very early on as a community college student to the university with counseling, campus tours and other benefits. He also was directed to the courses he needs to earn a bachelor’s degree in psychology, avoiding the confusions and delays that occur when a student takes the wrong classes.

The Long Beach pilot, called the  “Long Beach College Promise 2.0,” goes a few steps further than other efforts underway around California to help more students transfer. It tries to make community college students feel a part of CSU years before they transfer, offering them a second educational home. Long Beach City students are invited early to CSU orientations and receive “future CSU student” identification cards that allow them to use the campus library, attend conferences, get career advice and join clubs there.

While still relatively small, the program is considered a partial model for a proposal by Gov. Gavin Newsom to guarantee students a transfer path from community colleges.

Newsom’s plan, called dual admission, would take many aspects of the Long Beach program, such as shared use of university library and gym, and add an earlier lock-in for transfer. In theory, students would start community college knowing that they are accepted at a California State University or University of California campus and will shift there in two years if they take courses prescribed for their majors and keep up their grades. Such dual admission is aimed to particularly help students who might not be academically eligible for a university directly out of high school and those who want a less expensive start to higher education.

Such a statewide plan could have strong consequences for the nearly 83,000 students who transfer annually from California’s community colleges to its two public university systems.

And it could be a game-changer for thousands of others who try to transfer to CSU and UC campuses but do not succeed. Only 28% of community college students who intend to transfer reach that goal within six years, according to a report last year from the Public Policy Institute of California.

In Long Beach, the CSU campus is just four miles away from the community college, but can seem out of reach to some students. The 2.0 program seeks to close that distance. It expands on a long-standing effort that provides free community college tuition and other support to graduates of area high schools.

Mann, 20, said he thinks the Long Beach transfer experiment should become permanent and more “widespread” around the state. The extra counseling, encouragement and path of classes “kept me organized and kept me motivated. I think it provided more guidance and structure and laid out goals to make sure you are going to be successful in transferring,” he said.

Newsom’s plan was unveiled in February as part of his 2021-22 budget, with the goal of starting two years from now. Some educators praised the idea as a promising way to reduce confusion and transfer roadblocks. But since Newsom’s plan lacked details, other higher education experts around the state say they don’t fully understand how it would work and fit in with existing transfer pathways. UC and CSU are expressing caution, partly about the possibility that locking in spots for community college students to transfer into might take coveted enrollment away from other potential students.

The state Legislative Analyst’s Office (LAO), in a recent report, withheld opinion until more specifics are unveiled. The proposal has potential benefits but also “drawbacks,” including the possibility that it might most benefit the handful of community colleges already producing large number of transfers, according to the LAO.

Hans Johnson, director of the Public Policy Institute of California’s higher education center, said the governor’s idea “is not extremely well-defined at this moment.” But it offers benefits beyond other possible reforms by making “admission offers upfront” to the specific university campus a student wants and would bring some welcome uniformity to a system now filled with inconsistencies, he added.

Much attention has been given to the Associate Degree for Transfer, a community college program that began in 2012 and lays out the classes needed in various majors to transfer to CSU and to potentially finish a bachelor’s there in four years total. It guarantees a spot somewhere in the CSU system, not a specific campus. This fall, the CSU system enrolled more than 17,500 transfer students through the program, only about a quarter of all its new transfers. Now, state legislators are reviewing possible changes to get the UC system to join that transfer degree program and to put all new community college students on that path.

By taking the extra step to lock in transfer plans from the start, Newsom’s proposal would give more students “the faith and confidence that they can indeed attend a four-year institution” and reduce fears that a university won’t accept all their community college course credits, said Lande Ajose, the governor’s senior policy adviser for higher education. She chaired the task force that wrote the recent Recovery with Equity report, a package of post-pandemic college reforms that included an endorsement of dual admission.

Too many students find the current transfer process “confusing and intimidating,” she said.

Getting an early look at a new campus

In Long Beach, early results are mixed for the 2.0 program, which expands on a previous effort that provides free community college tuition and other support to graduates of area high schools. And it is too early to say whether similar plans would work well statewide.

About 100 Long Beach City College students started in the first group in fall 2019, but just 32 remain. Two-thirds of the pioneers lost their spots by changing to a major not included in the program or left because of financial, academic and health setbacks related to the pandemic, officials said.

In the fall 2020, an additional 166 freshmen enrolled in the pilot and most seem to have stayed, an encouraging sign, according to Mike Muñoz, Long Beach City College’s vice president of student services.

The program is not intended for students who are unsure of their majors or switch majors, he explained. It mainly benefits “students who have a clear understanding of what they want to major in and a strong commitment to that,” Muñoz said. The opportunity is available in just 10 popular majors, including business administration, criminal justice, English, mechanical and aerospace engineering, and studio art. On their path of prescribed courses, students must earn minimum GPAs that range from 2.0 to 3.0 depending on the major.

By bringing community college students to the CSU campus and getting them involved in guidance and activities there, the project aims to bolster their confidence, especially among low-income students and those in the first generation of their families to attend college, Muñoz said. “It helps students visualize themselves at the university,” he added.

CSU Long Beach provides additional academic counseling and allows the community college students in the program to participate in career development workshops, attend conferences and join other activities, according to Kerry Johnson, CSULB’s associate vice president for undergraduate studies. Even with the pandemic limiting in-person contacts, the goal is to make sure the students “understand our commitment to them if they continue in the program,” she said.

Long Beach City College student Linda Gonzalez said she hopes the Promise 2.0 program is expanded around the state. She is in her second year of the pilot and recently applied to transfer to CSU Long Beach as a criminal justice major. Besides the important financial aid provided, Gonzalez said she is happy she joined the experiment because “it makes me feel more comfortable with college.”

Before the pandemic shut things down last year, she joined a tour of CSU Long Beach and that helped reinforce her decision that “it’s the university I wanted.”

At the CSU system headquarters, spokeswoman Toni Molle said that university leaders “applaud” any efforts to increase successful transfer rates, but she added in a statement that CSU needs more details about the idea “before we determine our position on this proposal.”

The California Community Colleges system supports the concept, said Paul Feist, vice chancellor for communications. He noted, however, that the plan faces complications about ensuring space for students at the universities and “would probably take some time to fully implement.”