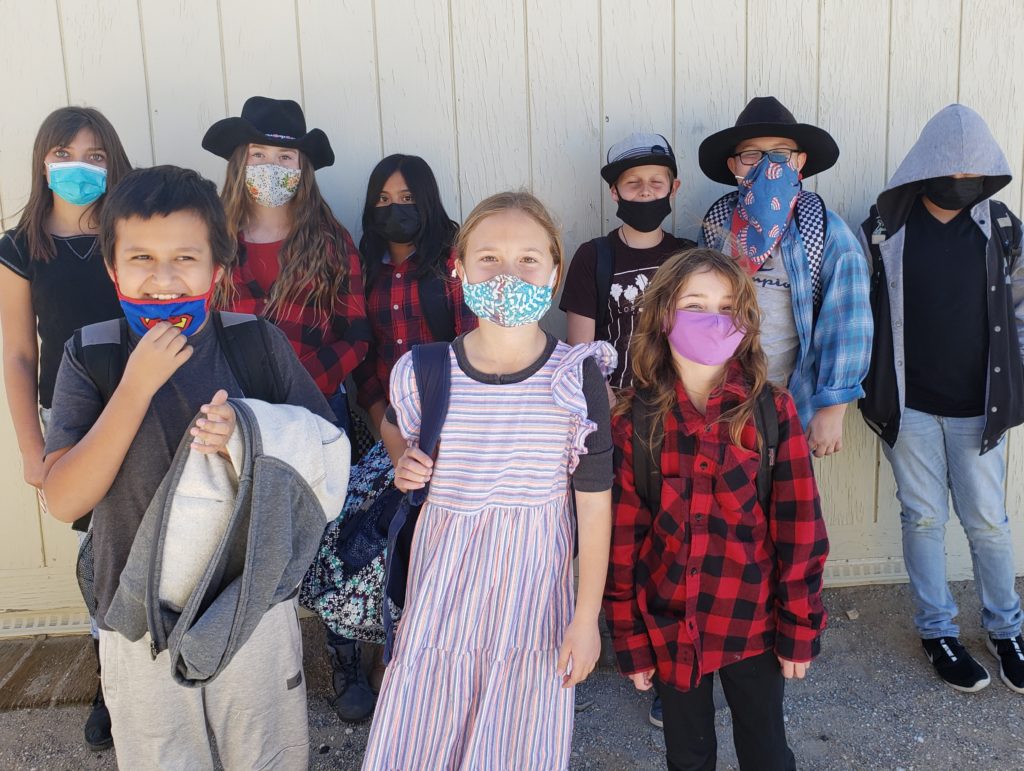 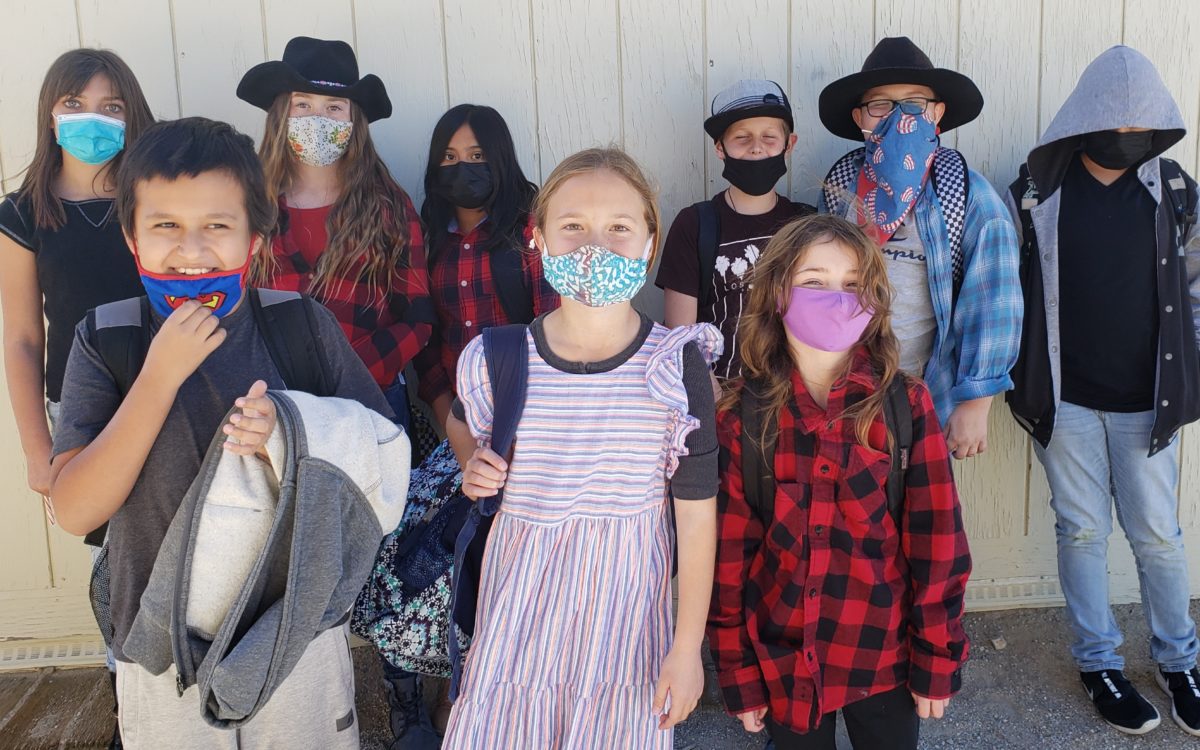 Shifting rules around mask mandates at schools are confusing and angering parents who are focusing their frustration on local school districts.

Adding to the confusion: Last week Gov. Gavin Newsom decided to let local school districts decide how to deal with students who refuse to follow the state’s mask mandate. Now, parents who don’t want their children to wear masks are showing up at school board meetings to demand their districts disregard the mandate.

“As the confusion increases, more parents are speaking out, and this is where the public pressure is going to mount on boards,” said Mike Walsh, president of the Butte County Office of Education and former president of the California School Boards Association.

Board meetings have become particularly challenging in rural areas that have low Covid-19 transmission rates and where schools were open most of last year.

“North state parents say they aren’t going to send their kids back to school if they have to wear masks,” said Richard DuVarney, Tehama County superintendent of schools. “They think the mental health risks outweigh the risk of their children contracting Covid.”

Some parents protesting masks at schools don’t see the state guidance as a mandate or don’t care if it is required. Some interpret the governor’s decision to let school districts decide how to enforce the mandate as license to make masks optional.

The mask requirement doesn’t apply to children younger than age 2, students with medical or mental health conditions or who are hearing impaired or are communicating with a hearing-impaired person. 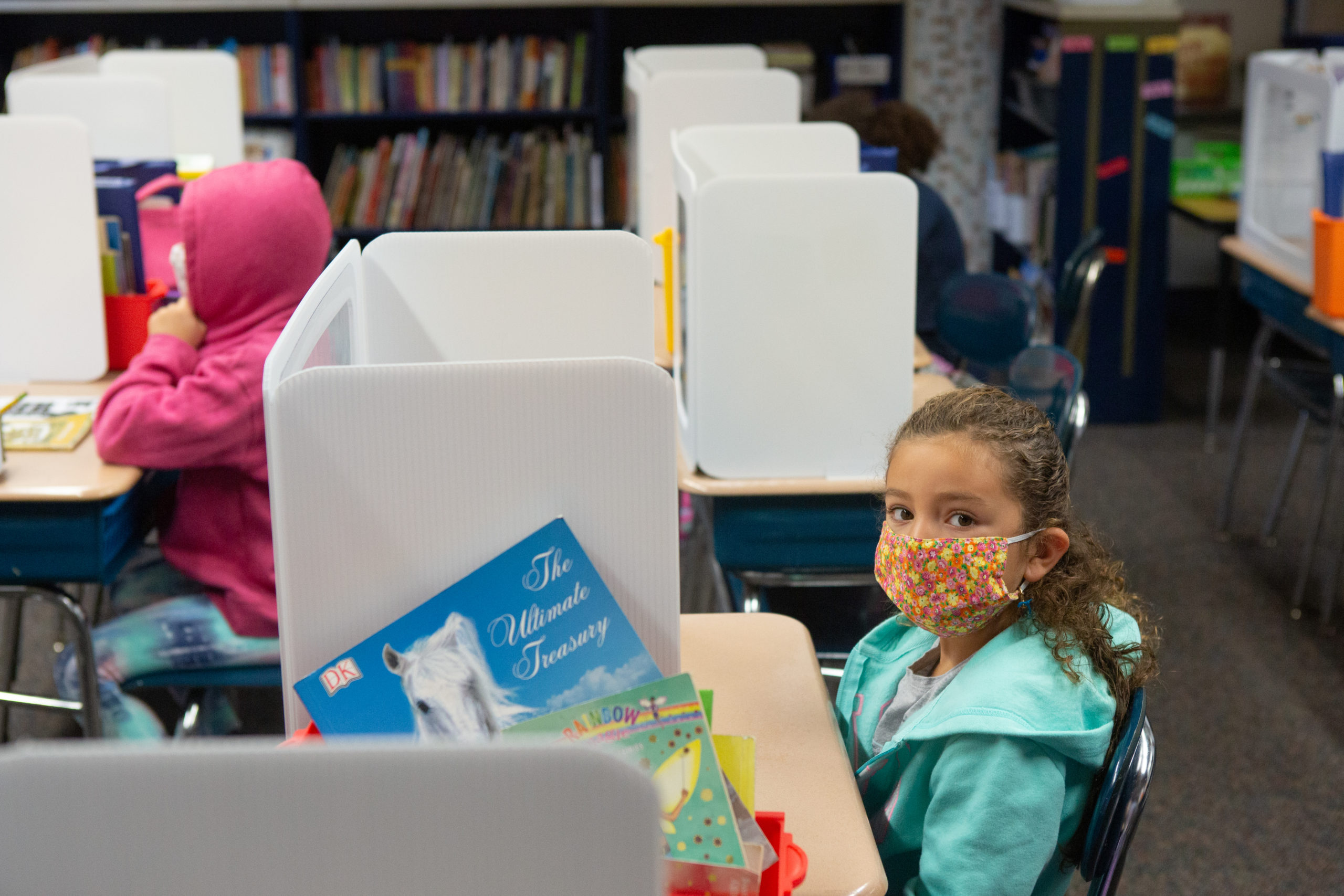 The state masking policy will test the relationship school districts have with their communities, Walsh said. “If the public has a good relationship, they will be more supportive,” he said. “It will be important that the public be heard.”

Parents have been further confused by the flurry of changes in state and federal mandates. Guidance issued earlier this month by the Centers for Disease Control and Prevention initially said only unvaccinated students and staff would be required to wear masks. States have the discretion to impose additional protections as conditions warrant, according to the CDC.

The CDC changed course this week, saying even vaccinated people should wear masks indoors in areas with “substantial” or “high” transmission rates — 48 of the state’s 58 counties were in this range as of Thursday, according to CDC data. The state followed suit on Wednesday.

“It has caused quite the controversy,” said Nicole Newman, superintendent of Wheatland Union High School District in Yuba County. “My school board says we will tell all they are required to wear masks. But there will be no consequences not to wear a mask.”

Although the most vocal opposition to masking is happening in rural areas of the state, which tend to be more politically conservative, parents advocating against mask mandates also are showing up, in smaller numbers, at school board meetings in the Bay Area and other more liberal urban parts of the state.

On July 21, a large crowd of parents protested the mask mandate in front of the Clovis Unified School District headquarters in Fresno County. Thirty of the parents spoke before the school board. That same night in Santa Clara County, about a dozen parents spoke against enforcing mask use during a virtual board meeting of the county office of education.

“I wanted to say that myself and many, many other parents will not be putting our children in public school next year if they are required to wear a mask,” said Sarah Laws, a Santa Clara County parent. “I want you to know you will lose a huge population, and that’s a huge amount of money.” 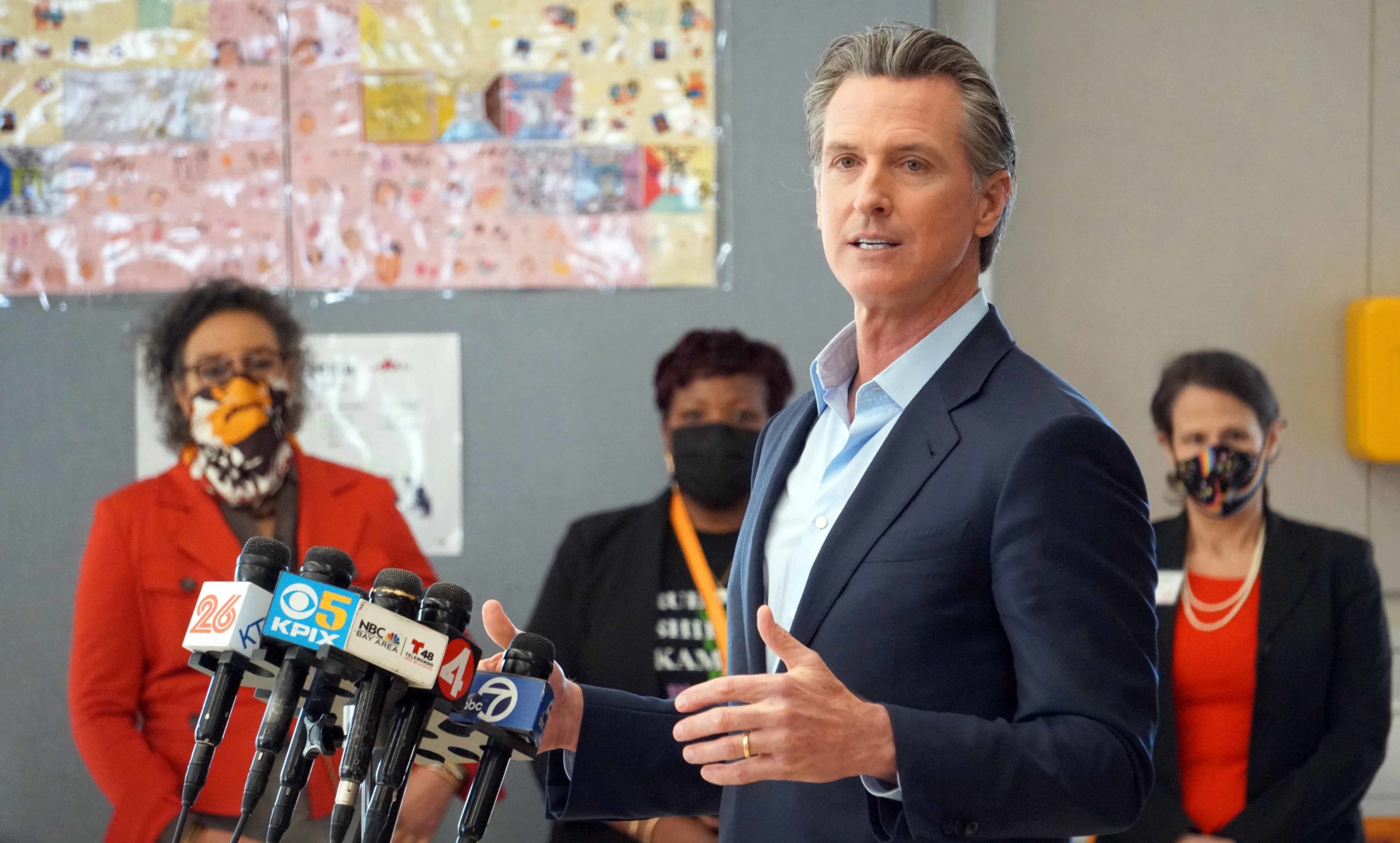 Almost all parents at the meetings spoke of parental choice, with some parents claiming masks caused everything from carbon dioxide poisoning to staph infections and that it can weaken a person’s immune system, all of which have been disproved by doctors and scientists.

At the Clovis meeting, two doctors presented the board with a signed petition from 300 Fresno County health care workers asking to continue mask mandates. They were interrupted and heckled to the point that board President Steven Fogg threatened to end the meeting if the crowd didn’t quiet down.

The doctors said that emergency room doctors were seeing younger and younger patients sick with Covid-19.

“We can reduce outbreaks by wearing masks,” said one doctor, who didn’t introduce herself. “Additionally, we’re unsure of what the long-term effects are in children. Initially, hospitalization and death rates were low in children with the original variant of Covid. Yet, we still appreciate how severe the multisystem inflammatory syndrome can be, including at our own local hospitals, weeks to months after initial infection. There’s still no data on the much-longer-term effects of Covid on our children.”

Clovis board members indicated they would like to find a way to legally sidestep the mask mandate. One board member suggested posting a copy of the mandate at each school site and notifying parents, but not enforcing it.

Contentious board meetings have been the status quo for the better part of 18 months, Flint said. “I don’t know if a lot of people necessarily sympathize with school boards, but quite often they are in the middle and that hasn’t been more true than during the pandemic,” he said.

Parents often disagree on what constitutes safety for their children, Flint said.

DuVarney says most people in Tehama County think masks should not be mandated.

“Essentially what the public wants is for boards and superintendents to go against the CDPH guidelines,” he said, referring to the California Department of Public Health. “That puts a lot of pressure on the board. That is uncomfortable.”

DuVarney said Tehama County students will be reminded to wear masks, but at this point, he doesn’t see a way to require them to wear them.

“I don’t know I can say what we will do if kids come without masks,” he said. “We can’t suspend them. We can’t force them to go to independent study. We can’t remove them.”

Newman recently sent guidance to parents that said the Wheatland High School District would encourage students to comply with federal and state health guidelines, including the use of masks, but would not “put staff in the uncompromising position of taking enforcement actions.”

In Butte County, Walsh said he expects districts will follow state guidance “whatever the final word is when school starts.” The board president would like the state to return to some sort of metric, like the state’s previous color-coded tracking system, to determine when infection rates are high enough to justify a mask mandate instead of treating all districts the same. 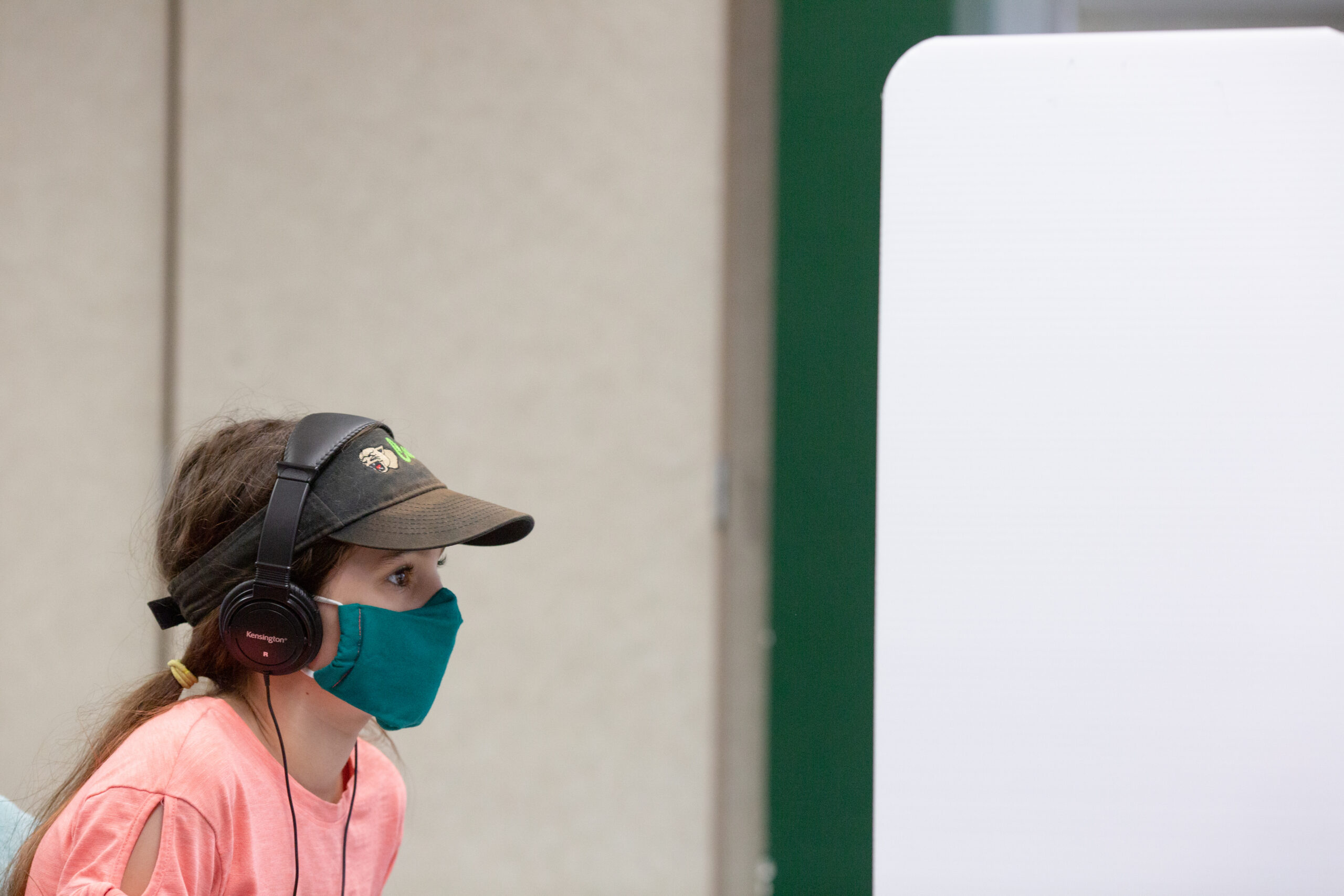 “What is happening in one area isn’t happening two counties over — as far as infection is concerned,” he said. “The one-size-fits-all approach has never worked for everything.”

Parent groups like Let them Breathe and Reopen California Schools, which are both protesting mask mandates, have templates for posters and announcements online to help parents organize anti-mask protests.

The lawsuit alleges that the state’s masking requirement for all students regardless of vaccination status is not based on scientific research and can impede education.

But many California school boards and parents support the continued masking of students, particularly with the recent increase in Covid-19 cases tied to the more contagious delta variant. Most of the recent cases have affected unvaccinated people, which include children ages 11 and under.

Many superintendents see masks as a way to keep infections down and schools open next fall, especially in areas with low vaccination rates, said Kindra Britt, spokeswoman for the California County Superintendents Educational Services Association.

“This is still a public health issue,” she said. “At the end of the day, we need to defer to public health officials. We want to open and stay open.” 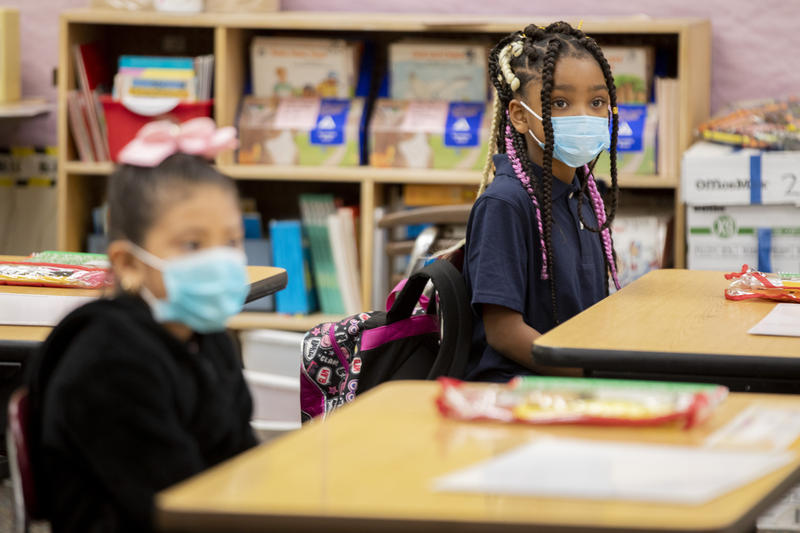 Most districts plan to send children who refuse to wear a mask in classrooms to independent study or virtual programs, which have been ramped up to accommodate students who don’t want to return to classrooms during the pandemic.

But that won’t be easy in rural areas with spotty internet. And there are questions about whether the mask requirement and new regulations governing independent study are in conflict, California School Boards Association spokesman Flint said.

The new independent study law, part of the TK-12 education trailer bill that details the 2021-22 state budget, says students in independent study who don’t make satisfactory academic progress or who are not engaging with instructors must be returned to in-person instruction.

Placing children who wear a mask and those who don’t into separate classrooms could be an option for school districts.

“It is an option, but we don’t want to do that,” Walsh said. “Every time we separate kids, that causes a problem.”