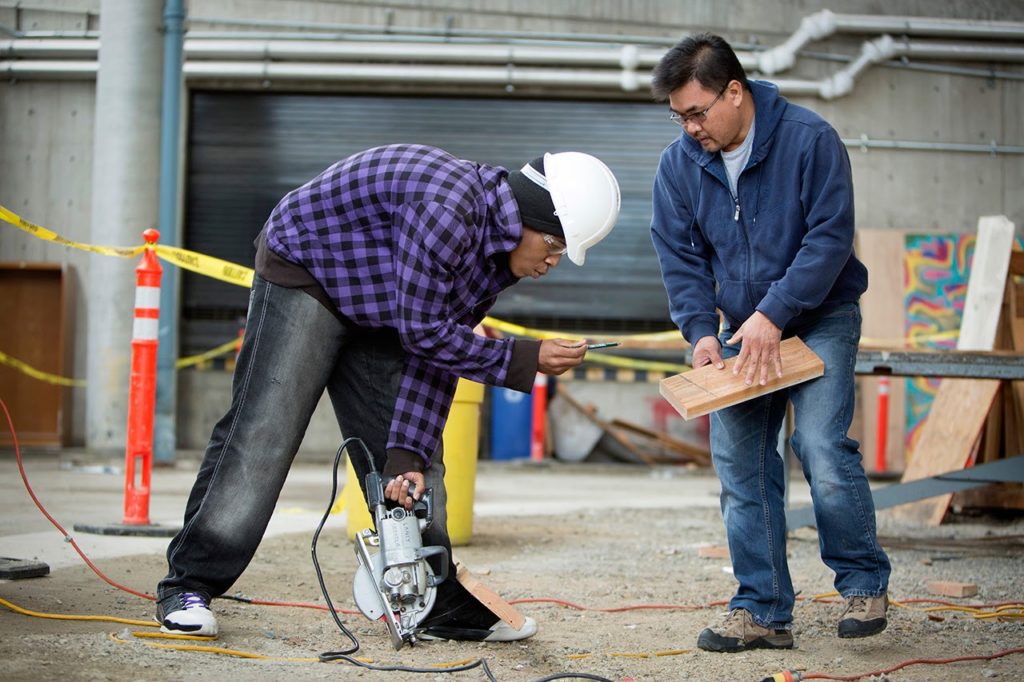 Community colleges and their partners can do more to train students for the workforce, a process that should start as early as middle school, community college leaders and experts said Thursday.

During the EdSource Roundtable discussion, the first in a new series, panelists agreed that community colleges in California and elsewhere often fall short in preparing adult workers. To remedy that, they suggested strategies such as better career counseling and helping students get more work experience during their education.

Eloy Oakley, the systemwide chancellor overseeing California’s community colleges, said that while colleges have made some progress in preparing their students for careers, they are “not doing enough.” He said that, in many cases, for-profit colleges and others are doing a better job at enrolling adult learners than the community colleges.

“We’re not moving fast enough by any means, in no way, shape or form,” he said. “…We have to acknowledge that we have to become much more flexible, much more focused on upskilling, stacking credentials, giving students opportunities to personalize their needs in ways that we haven’t been able to do before.”

But it shouldn’t be left only to the community colleges to prepare students for their careers, panelists agreed, adding that the process should start in middle school or high school.

Tony Carnevale, research professor and director of the Georgetown University Center on Education and the Workforce, said community colleges are one of the “key elements” of career training in the United States. Carnevale added that by 2030, there will be 168 million jobs, with 40% of them requiring a bachelor’s degree or higher, 30% requiring less than a bachelor’s degree but more than a high school diploma and 30% requiring a high school diploma.

Carnevale said students should get some type of exposure to the workforce in middle school and that schools should prioritize getting students internships while they are in high school. Once students reach the college level, they should be in internships or getting work experience tied to their field of study. He said students especially need career counseling, but it’s expensive to deliver and not readily available.

“Career counseling cannot begin in the second semester of a community college experience. There has to be career exploration that’s done in partnership with high schools and in middle schools,” he said. “Particularly in communities of color, we have to make more people aware of the career opportunities that exist and create easy-to-navigate pathways.”

Sergio Rosas, founder and CEO of Next Shift Learning, said community colleges need to work with a wide range of partners to train students.

Davis said that Snap pays those students to go through “academies” in design, engineering or storytelling. The students then get placed into internships and eventually jobs with Snap or its affiliated companies. The arrangement allows students to take the job opportunity while getting training.

Chauncy Lennon, vice president for learning and work at the Lumina Foundation, pointed to California’s High Road Training Partnerships initiative as an “exciting” program that prepares students for careers by investing in partnerships that help workers get jobs in industries, such as health care, transportation and hospitality.

In his budget proposal this year, Gov. Gavin Newsom proposed spending an additional $20 million to support the participation of California community colleges in the High Road Training Partnerships — a proposal that was supported by the Legislature.

“We can’t just hope that workers find those jobs,” Lennon said. “We’ve got to build a world in which community colleges work with industry to identify those jobs and then create the kind of pipelines, both in school and bringing people into community colleges who can then benefit from these training programs.”

At the federal level, there is bipartisan support in Congress for more job training, Carnevale said. He pointed to Sen. Tim Kaine’s (D-Va.) JOBS Act as one possible step that the federal government could take to support job training. That bill would make students in short-term education and training programs eligible for Pell Grants, making it easier for students to support themselves while participating in the training.

Carnevale said he’s not certain Congress will take any action on job training in the next two years because it’s not a “priority issue.”

“But we’ll get there eventually because it’s bipartisan,” he said.

For more on this EdSource Roundtable topic, please watch the video above.

Leave a Reply to Jeff Arthur