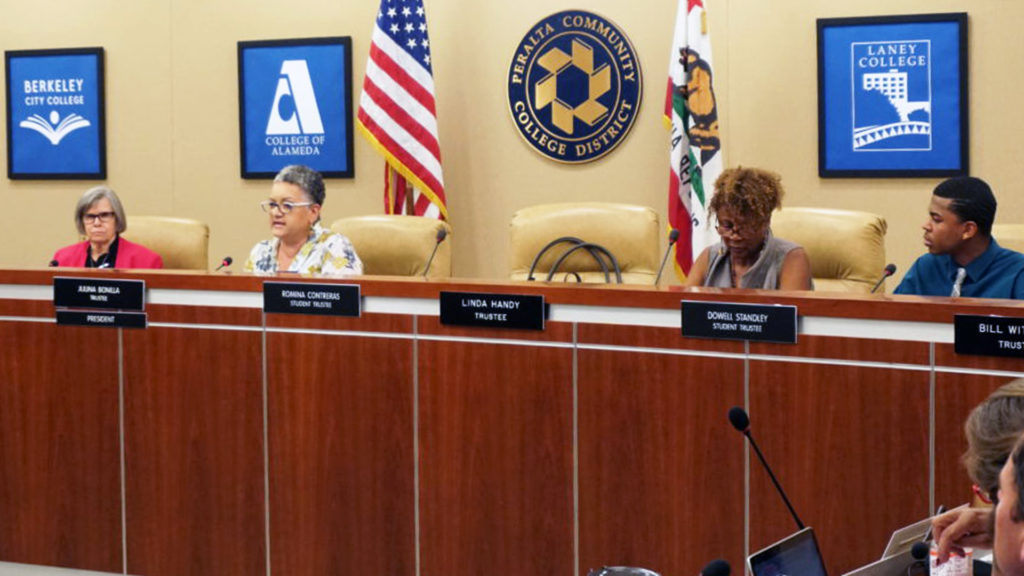 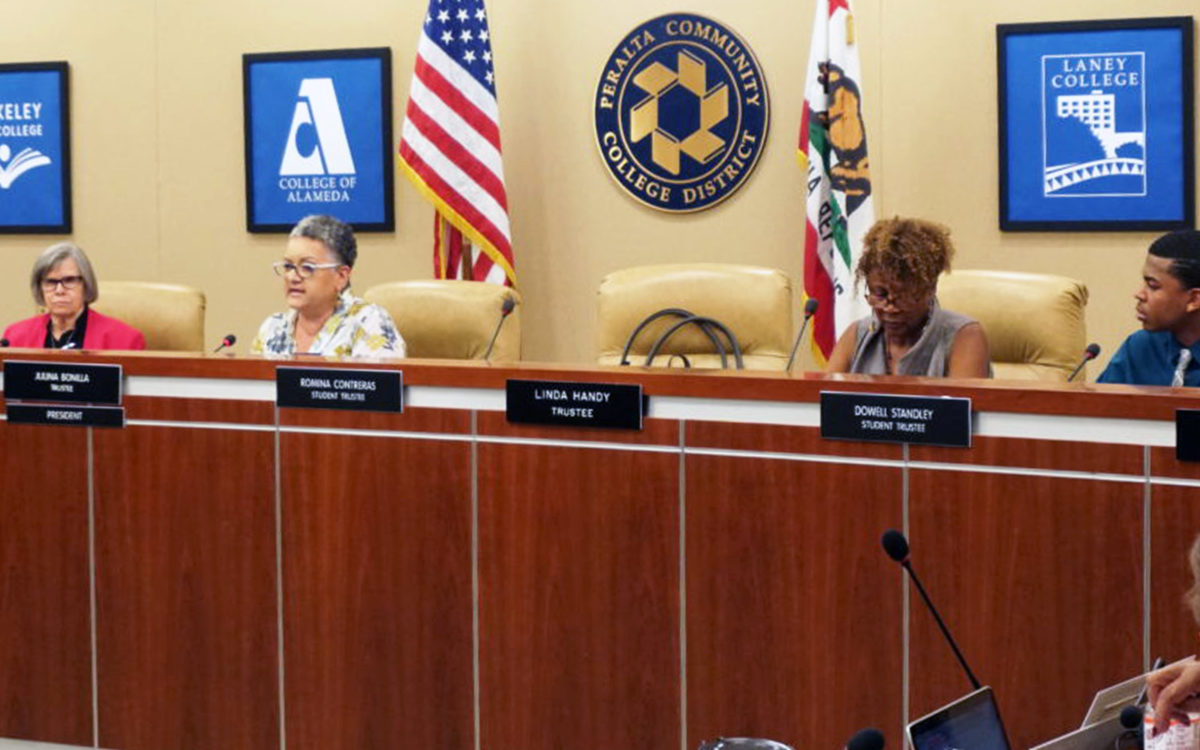 “Tension, poor communication, lack of unified goals, and divisive individual behavior at Peralta have resulted in the board’s inability to fulfill its mandate effectively,” according to the report. “Interference in the traditional roles of the chancellor, secret meetings, and backroom dealing destroy staff morale and the board’s relationship with the administrative team. Without reform or change in board behavior, Peralta’s students, so in need of this essential institution, will continue to suffer.”

California Community Colleges Chancellor Eloy Ortiz Oakley, who leads the statewide system office, is facing pressure to intervene and fix Peralta. Oakley was expected in January to decide whether to increase his office’s oversight of the district and possibly appoint a special trustee, who would likely have far-reaching powers. Only twice previously has the state chancellor’s office and the systemwide board of governors assumed power from a locally elected governing board: at the City College of San Francisco in 2013 and at Compton College in 2004. However, Oakley hasn’t made a decision.

Rafael Chavez, a spokesman in the chancellor’s office, said Oakley and his staff were reviewing the civil grand jury report but would not comment.

The civil grand jury, which consists of 19 citizen volunteers, has the power to act as a watchdog on local government and to make recommendations for reforms. The Peralta investigation was launched after the grand jury received eight formal complaints about trustees serving in early 2020, “all alleging different manifestations of trustee misconduct or a broken board culture.”

The report found multiple instances between 2018 and 2020 of board members interfering in chancellors’ recommended appointments or hiring of employees to the point that they compromised a “fair and independent hiring process.”

In a statement, Peralta’s interim chancellor, Jannett N. Jackson, thanked the civil grand jury for its “effort and constructive criticism of — and recommendations to — the District.” Jackson said the report outlines problems that the district is currently trying to address.

Jackson, however, also characterized the report as lacking “formal input from Peralta prior to the publishing” and that the findings “were impacted by the fact that they adopted certain allegations and complaints without a contextual understanding of District issues.”

“The civil grand jury did not interview all relevant witnesses and appears to have unfairly discounted certain evidence, which may have led them to some faulty conclusions,” she said. “Nevertheless, we believe the district is already on the right path to addressing the issues and concerns raised by the civil grand jury.”

The grand jury concluded that the board’s failures had hurt students.  “Lack of leadership experience and continuity in critical positions, wasted resources, unfilled key positions, and poor staff morale resulted in an unhealthy atmosphere for a student population that so deserves a first-rate education.”

The civil grand jury made several recommendations to repair Peralta’s board governance problems, including annual training and amending its policies, so chancellors retain hiring authority.

The grand jury civil report’s findings mirror long-standing issues identified by former Peralta chancellors, trustees, Oakland’s NAACP chapter, and the Fiscal Crisis Management Assistance Team , a state-funded agency that provides financial oversight of K-12 and community colleges. In the last two years, three chancellors have left the embattled district. Those groups and individuals have been calling for state intervention to fix financial mismanagement, academic probation and low morale amid a battle to maintain the colleges’ accreditation. All four campuses were placed on probation last year by the Accrediting Commission for Community and Junior Colleges.