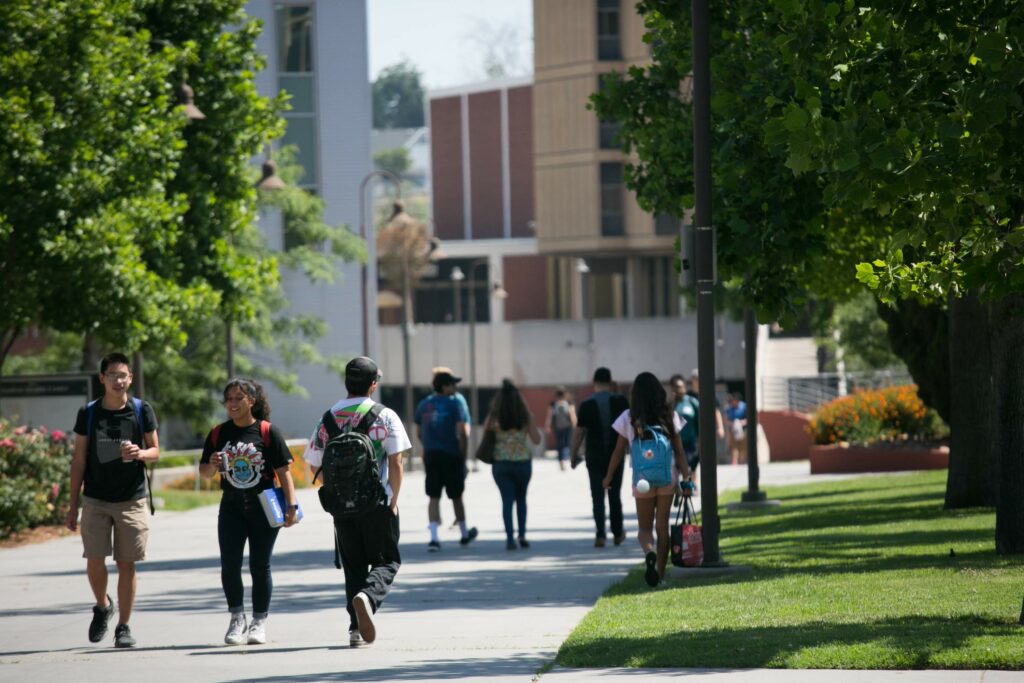 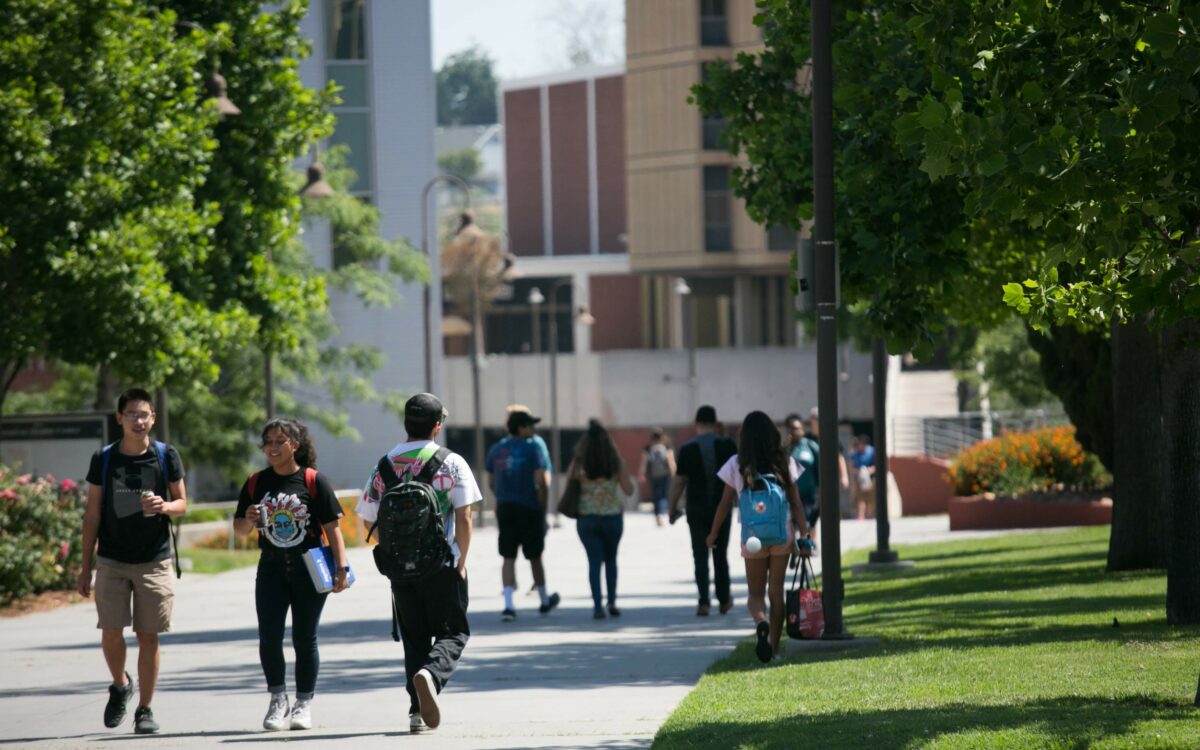 California made history in 2001 when it became the second state in the nation to pass a law that allows undocumented students who attended and graduated from high school in the state to pay in-state college tuition.

Since then, it has benefited tens of thousands of students. But advocates say many undocumented students who qualify for in-state tuition and financial aid are not receiving these benefits, 20 years after the law passed. The application process is difficult to navigate, and the requirements vary from college to college, making it hard for many students to apply. As a result, many students pay out-of-state tuition, even though they qualify for lower rates.

The group Immigrants Rising, based in San Francisco, is asking the three public college systems in California to align their requirements to make it easier for students to apply for these programs. They are convening a working group with representatives from all three public college and university systems — California Community Colleges, California State University and the University of California — to discuss the barriers to accessing aid and come up with solutions. The first meeting will be in December or January.

California has several laws that help undocumented students who have studied for years in the state to attend college. AB 540 allows any student who had three years of high school and graduated from a California high school to pay in-state tuition, which is about five times less expensive on average than out-of-state tuition. A separate law, SB 68, passed in 2017, allows students to count years spent at a California community college or adult school toward their eligibility.

In addition, the California Dream Act, passed in 2011, allows undocumented students who qualify for in-state tuition under the other two laws to receive state financial aid, Cal Grants and other scholarships funded through public universities.

“I want to celebrate AB 540 and SB 68, but frankly, the fact that there are so many more eligible that are not getting the aid means that there’s a systems problem,” said Tammeil Gilkerson, president of Evergreen Valley College in San Jose.

In August, Immigrants Rising surveyed 60 residency and admissions coordinators and 60 undocumented-student coordinators across all three college systems. All of them said the process of providing information about how to apply for in-state tuition and financial aid needs to be improved.

The organization also analyzed the information provided about AB 540 and SB 68 by the three systems and found that it was not consistent across all three.

Different colleges interpret the laws differently and have different requirements for students. Some of the four-year universities, for example, are not recognizing noncredit coursework or part-time enrollment. In addition, some students who first arrived in the U.S. with visas but then stayed longer than allowed have found that university employees don’t recognize them as undocumented and qualifying for AB 540.

“I have talked to students and educators who said, ‘The law says this, but my school is doing this. And then the school down the street is doing it as such.’ And then when my student tries to transfer to a four-year university, there’s a different story there as well,’” Jodaitis said.

Lack of outreach and information for students is another barrier. Many students find themselves struggling to find clear information or to understand how to fill out the applications. Gilkerson said in addition, sometimes outreach is only done in Spanish, though many undocumented students are from Asian or African countries.

When Gilkerson worked at Laney College in Oakland, she saw firsthand that many undocumented students there were paying out-of-state tuition, even though they qualified for AB 540.

“Many were applying and not getting the answers they needed and so not coming. They felt like our institutions weren’t clear enough, they were having to do a lot of extra work, so it was easier just to not do it,” Gilkerson said.

Lorena Medel came to the U.S. from Mexico in 2005, when she was 19. She always wanted to continue her education, so when her son began kindergarten, she started taking English classes at a community college. She later took other classes and eventually graduated with an associate degree and transferred to San Francisco State.

Many people told Medel along the way that she might be eligible for in-state tuition, but at first, she was afraid to apply because of her immigration status.

“I didn’t want to expose myself to let anyone know I am here. Many people told me to apply and I said, ‘No, I’m OK, I’m OK,’” Medel said.

When she transferred to San Francisco State, Medel decided to apply, so she could pay in-state tuition. But it wasn’t easy. The law says a student can count 420 hours of noncredit courses, such as English as a Second Language (ESL) classes or citizenship classes, toward the requirements. But some colleges, like the one Medel attended, count ESL classes for credit, so San Francisco State told her she couldn’t count those classes. They said she needed another 420 hours of noncredit courses.

After she completed the noncredit courses, though, she said San Francisco State did not want to validate the hours because they had been taken after she had finished her associate degree, and university officials were not sure whether that was valid under the law. Medel had to gather more documentation to prove to them that she qualified.

“I was frustrated because I knew I had gotten so far,” Medel said. “It was horrible, so disappointing.”

When she was finally approved for in-state tuition, Medel said it made a huge difference. She is now working toward a master’s degree.

“My tuition costs dropped amazingly, so I had to pay way less. I was able to focus more on school because [before], all the time I was thinking, ‘Where am I going to get this money?’” Medel said.

Gilkerson and Jodaitis said many campuses in all three systems have done work to make it easier for students to understand the requirements. Some have updated their websites to make sure all their information is accurate, provided information to students at the time of admission that explains what the eligibility requirements are and how to apply, or prescreened students to see if they might be eligible.

“Unless we get this institutional transformation, we can keep helping people one by one, on a personal level, but we’ll never achieve the academic success of undocumented students, the enrollment of all eligible undocumented students and the transformation of California as a state that doesn’t just pass the laws, but makes sure the laws are implemented with fidelity,” Jodaitis said.

Another student, Irma Andazola, was surprised to know that she could qualify for in-state tuition, and she wants other undocumented immigrants, especially single mothers like her, to know about it.

Three years ago, she decided to enroll in classes at a community college. After a mentor explained AB 540 to her, she began taking the classes necessary to get a high school diploma so she can qualify for in-state tuition. She is now finishing an associate degree and hopes to transfer to a four-year university.

“There’s a lot of other Irmas outside that are waiting for the opportunity but they don’t know about this,” Andazola said. “I want other people to know there are a lot of other opportunities for us even if we are undocumented.”