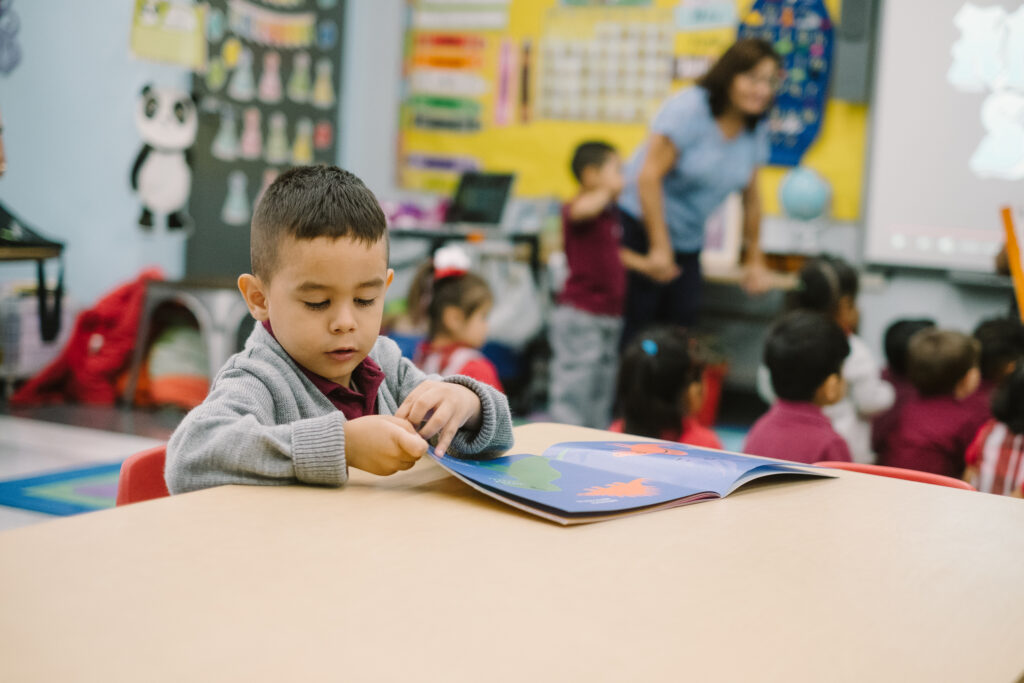 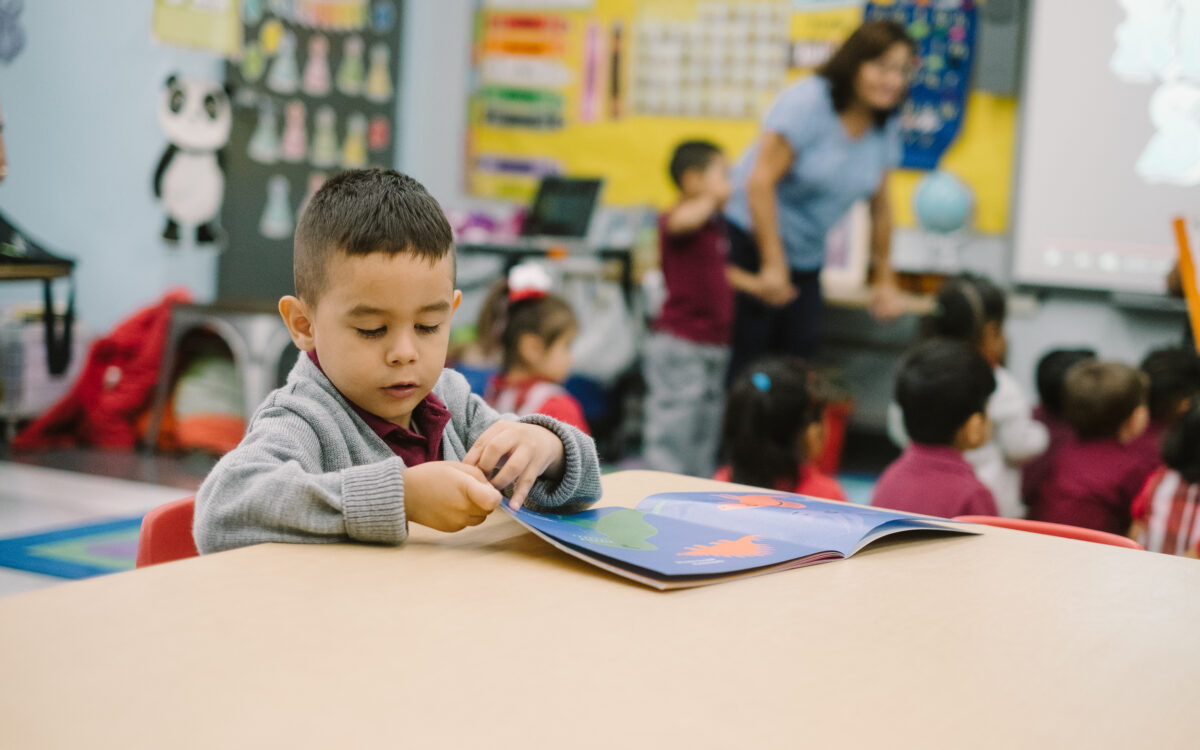 Photo courtesy of the Archdiocese of Los Angeles
Students in class at Ascension Catholic School in South Los Angeles.

Photo courtesy of the Archdiocese of Los Angeles
Students in class at Ascension Catholic School in South Los Angeles.

The Archdiocese of Los Angeles has sued Los Angeles Unified, charging it has withheld millions of dollars in federal funding from dozens of Catholic schools, denying thousands of low-income students counseling and academic services they’re entitled to.

The archdiocese said it filed the Dec. 16 lawsuit after repeatedly trying to get the district to reverse its decision to slice Title I funding for nearly all of its 100-plus schools over three years by more than 90%.

In late June, following an investigation, the California Department of Education unequivocally sided with the archdiocese, calling its funding cuts “totally unreasonable.” Its report concluded that the district failed to provide equitable services to archdiocese schools and “engaged in a pattern of arbitrary unilateral decisions.” The district ignored the archdiocese’s Public Records Act requests to provide documentation justifying the cuts. Instead, the report said, it took a “hide-the-ball approach (that) breached both the spirit and the letter” of the law.

The department gave the district 60 days to “meaningfully” consult with the archdiocese, as federal law requires, and recalculate the funding eligibility. In a statement, the diocese said the district ignored the order and failed to respond to a settlement offer that the schools offered nearly a year ago. Instead, the district filed an appeal to the U.S. Department of Education.

Los Angeles Unified spokeswoman Bích Ngọc Cao said the district had no comment on the lawsuit nor on the findings of the California Department of Education.

The lawsuit asks the Los Angeles County Superior Court to immediately order the district to properly determine the schools’ eligibility for federal funding and to award the schools the money they’ve been denied.

“The district needs to be compelled,” said Paul Escala, senior director and superintendent of schools for the diocese. “Otherwise, it is not going to change the way it is doing business.”

As with public school students, low-income private and parochial school students are eligible for Title I funding. It pays for one-on-one tutoring, teacher’s aides, math and reading coaches, additional teachers, counselors and other services. The difference, under rules set by Congress, is that the federal government cannot directly provide private and religious schools with Title I funding. Instead, districts in which private and religious schools are located oversee the funding and directly or, through vendors, provide the services for eligible students. In Los Angeles’ case, the district chose to hire the Title I staff.

That changed, starting in 2018-19, under the new administration of Superintendent Austin Beutner, which coincided with bleak financial projections for the district. The district required that each school prove students’ eligibility through family income surveys using complex forms requiring extensive data. The lawsuit complains — and the California Department of Education verified — that the district unilaterally changed methodologies and deadlines, sometimes multiple times in one year.

The simplest method, which would have avoided paperwork and surveys, would have been to apply the same proportion of Title I eligibility to Catholic school students as to students in district schools in the same neighborhoods. The district ignored the archdiocese’s  requests to adopt that option.

In June 2019, the department report found, the district set a “hard deadline” giving the archdiocese 12 days during a summer break to produce income surveys for families in all of  the schools. When the archdiocese wasn’t able to meet the deadline, the district removed all but 17 schools based on its review of only 24 schools, the report said.

As a result, total Title I funding for diocese schools fell from $9.5 million in 2017-18 to under $768,000 in 2020-21. The denial of services due to the funding cuts “has had a real and appreciable negative impact” on students, “particularly given the historically acute need for educational support services during the Covid-19 era,” the lawsuit states.

The lawsuit asserts that the district had a financial incentive to slash Title I funding for private schools. The lawsuit accuses the district of “openly and consistently” acting to prevent Title I funding from reaching lower-income students in archdiocese schools and “has been indeed quite frank about its intent to increase its own share of federal education monies by artificially reducing (the archdiocese) schools’ share.”

A district’s base Title I funding, which does not frequently change, is determined by Census data. From that total, the money goes out to each school based on the proportion of qualifying students. Reducing the number of eligible archdiocese students left more money in the pot for the district, said Kevin Troy, an attorney representing the archdiocese. “The Title I law assumes good faith and consultation for a mutually desirable result,” he said, “but there is a built-in incentive” to reduce private schools’ funding.

Escala said that the first year of the cuts, the district transferred the staff it hired for archdiocese schools to district schools, saving it money. After changing eligibility numbers, the district told the archdiocese it would seek to recover $800,000 in alleged Title I  overpayments by “any available means,” the lawsuit said. The California Department of Education took a dim view of this threat. The district’s “intimidation tactics were the antithesis of a good faith effort to reach agreement regarding the provision of equitable services,” its report said.

Because the distribution formula for Title I favors large urban districts, Los Angeles Unified is among districts receiving the most money per student in the state. Congress also used the Title I formula to distribute one-time Covid relief. The district has been allotted $11,144 per student, more than 2 1/2 times the statewide average of $4,300 per student.

Escala said the archdiocese has not faced the extensive problem with Title I funding in the other 70 districts in three counties where schools are located. In contrast, he said, Long Beach Unified, another large district adjoining L.A. Unified, has taken a “very clear and simple approach” to determining funding levels and not deprived students of services.

Escala said he is optimistic that L.A. Unified’s new superintendent, Alberto Carvalho, “will reset the relationship with Catholic schools” when he assumes office early next year. Carvalho, who is currently superintendent of Miami-Dade County Public Schools, is used to working with nonpublic schools and understands immigrant students, who make up a sizable proportion of students in archdiocese schools, he said.

“I am encouraged by his appointment,” he said. Carvalho could resolve the dispute without fighting in court “and move on quickly. I hope he wants the same.”