California's K-12 funding formula likely to change, but disagreement over how 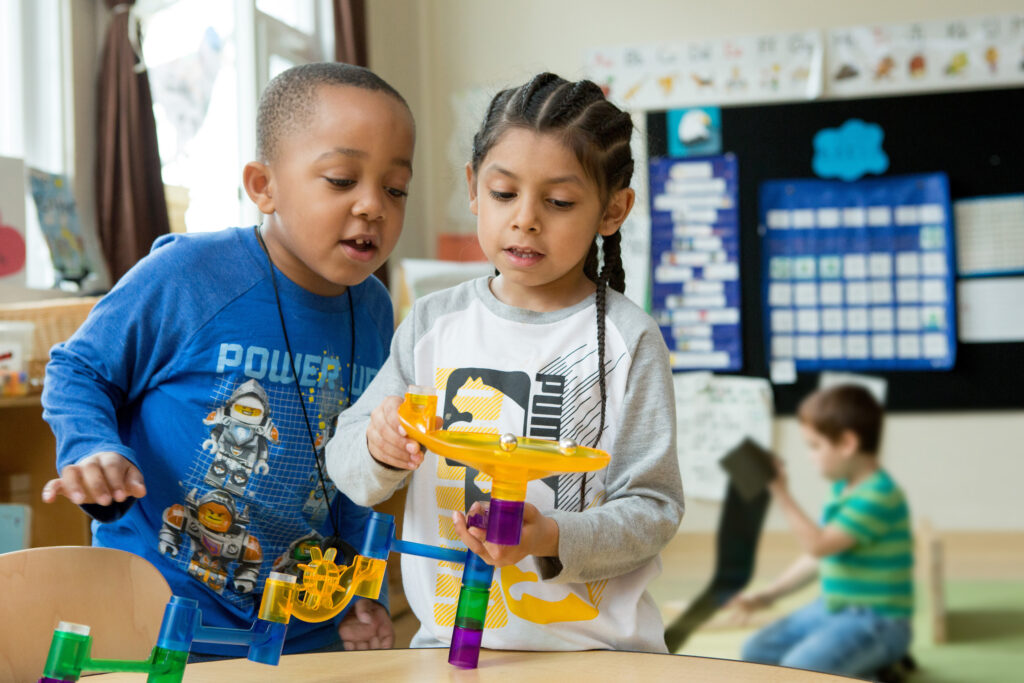 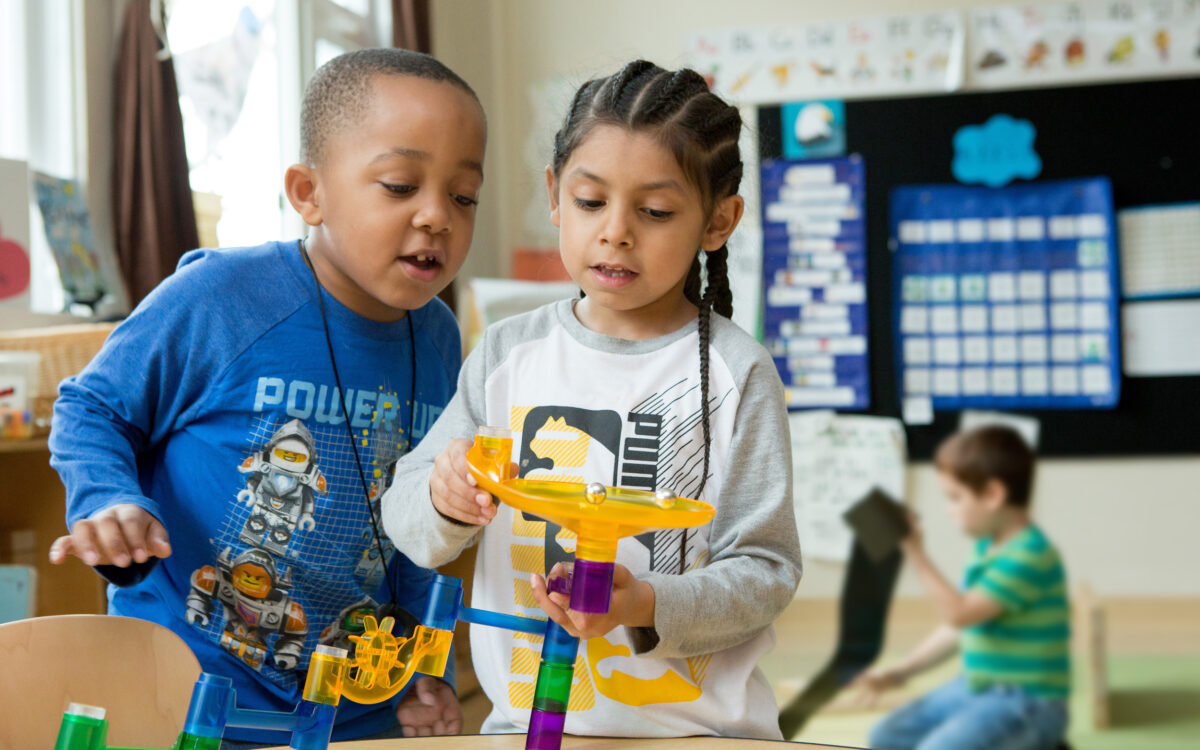 For the first time since its adoption eight years ago, Gov. Gavin Newsom wants to change the formula that determines more than 70% of California school districts’ annual spending. But his plan to direct more money only to districts with the greatest concentration of low-income children is proving to be a tough sell so far to the Legislature.

The Local Control Funding Formula already targets additional funding to school districts based on the enrollment of four groups of students identified as needing additional services. They are low-income, foster and homeless students and English learners. Arguing that “Equal treatment for children in unequal situations is not justice,” former Gov. Jerry Brown persuaded the Legislature to pass the landmark funding law in 2013.

Newsom wants to move a step further by significantly increasing funding under the formula for “concentration” districts, where those qualifying students comprise at least 55% of enrollment. Newsom proposes to add $1.1 billion annually to the formula to enable those districts to hire more staff. More than 2 million low-income children and English learners are enrolled in concentration districts.

California overall has one of the highest ratios of adults to students in schools compared with other states. In keeping with the formula’s “local control” principle, Newsom would let school districts decide whether to hire more math teachers, counselors or classroom aides.

Increasing the concentration funding is a key element of Newsom’s California For All Kids plan that “invests aggressively in equity,” recognizing the pandemic disproportionately harmed the state’s most vulnerable children. High-poverty districts and schools would also be a priority for many of the one-time programs in the $20 billion spending plan. They would include community schools that build partnerships for health and social services as well as teacher recruitment and preparation programs.

Advocacy organizations for low-income children have consistently called for more funding for high-poverty schools and districts and agree with Newsom that it’s imperative now.

“It’s critical that the state double down on improving opportunities in the districts with the most concentrated poverty to help close the in-school and out-of-school equity gaps that the pandemic has only exacerbated,” said John Affeldt, managing attorney for the San Francisco-based public interest law firm Public Advocates. “Tying the concentration grant hike to staffing increases is really smart. We and our community partners have been asking for reductions in staff-to-student ratios for over a decade.”

But both the Senate and Assembly budget committees disagreed with that approach in separate budgets they adopted last week.

Deferring to the three-member education subcommittee led by Sen. John Laird, D-Santa Cruz, the Senate proposes to provide the $1.1 billion for hiring more staff to all districts, not just the concentration districts. The money would be distributed based on each district’s percentage of the four “high-needs” student groups.

The Senate Budget Committee would take the same approach to providing new money for summer school and an extended day. It would fund the programs for districts within three years, under the condition that they offer the programs to at least 50% of their high-needs students.

The Assembly Budget Committee adopted the Senate’s language, assuring that changes to the funding formula will be a central issue in negotiations with the governor that may begin this week.

The Senate-Assembly position is that additional funding should be allocated to reach all high-needs students, including those who aren’t in concentration districts.  There are 750,000 low-income and English learners of those students — about 1 in 8 in the state. For the summer school and expanded learning proposal, the budget committees added $1.5 billion in federal money to the state funding as a way to speed up implementation in three years.

“The Senate proposal gets more money sooner to all districts serving students who are low income, foster youth, or English language learners — not just those in districts with the highest concentrations of these students,” Laird said in a statement.

Several organizations representing school districts, including the California Association of School Business Officials, advocated for that position as well.

“We support providing additional programs and services to California students, especially those with the highest needs. However, we do not support using concentration grant eligibility as a prerequisite as it imposes an artificial threshold that does not correlate with the actual needs of students,” said Steve Ward, legislative analyst in charge of government relations for 41,000-student Clovis Unified. He also is a spokesman for the California School Funding Coalition, which lobbies for increasing the base funding under the formula for all districts.

During a budget hearing earlier this month, Sen. David Min, D-Irvine, questioned K-12 representatives of the California Department of Finance, who presented the budget for the administration.

“Are you looking at the big picture when talking about the needs of our schools?” he asked. Min said he represents districts where 45% and 49% of the students qualify for additional funding for the district but would get no additional funding under Newsom’s proposal. “Those districts are struggling with resources as well,” he said. “I want to make sure we are allocating funds fairly here.”

The funding formula established a uniform and equitable system for district funding — an improvement over what preceded it. But the rules are complex.

Under the formula, every district gets the same base funding per student. On top of that, a district gets a “supplemental grant” equal to 20% of the base grant for every high-needs student. Under the Legislature’s plan, that would rise to 23%.

Concentration funding is generous — and more so under Newsom’s plan — but it only kicks in when at least 55% of students are designated as high needs. Districts currently get an extra 50% of the base grant for every student above the threshold. It would rise to 65% under Newsom’s plan.

In an average school district in California, 62% of students qualify for extra funding. An EdSource analysis of the two funding alternatives found that districts with fewer than 69% of high-needs students would get more money under the Senate-Assembly proposal and districts with more than 69% would get more under Newsom’s plan.

Stanford University Professor Emeritus Michael Kirst, whose 2007 paper on weighted student funding became the basis for the Local Control Funding Formula, said the size of supplemental and concentration grants wasn’t research-based. It resulted from bargaining with the Legislature in 2013.

The Brown administration tried a number of iterations, including using 35% of the base grant for both the supplemental and concentration grants. Making the numbers work meant satisfying urban districts, like Los Angeles Unified, which wanted more funding than under the existing system, and districts with few low-income families, which wanted at least to be held harmless. The final numbers, including the 55% threshold for concentration funding, were the political compromise it took for passage.

Kirst said he doesn’t favor either Newsom’s or the joint Senate-Assembly proposal. You could make the case for raising supplemental or concentration funding, he said.

Brown made it clear that as long as he was governor, the funding formula would remain intact, to give it time to work. One way or the other, that’s about to change this year.