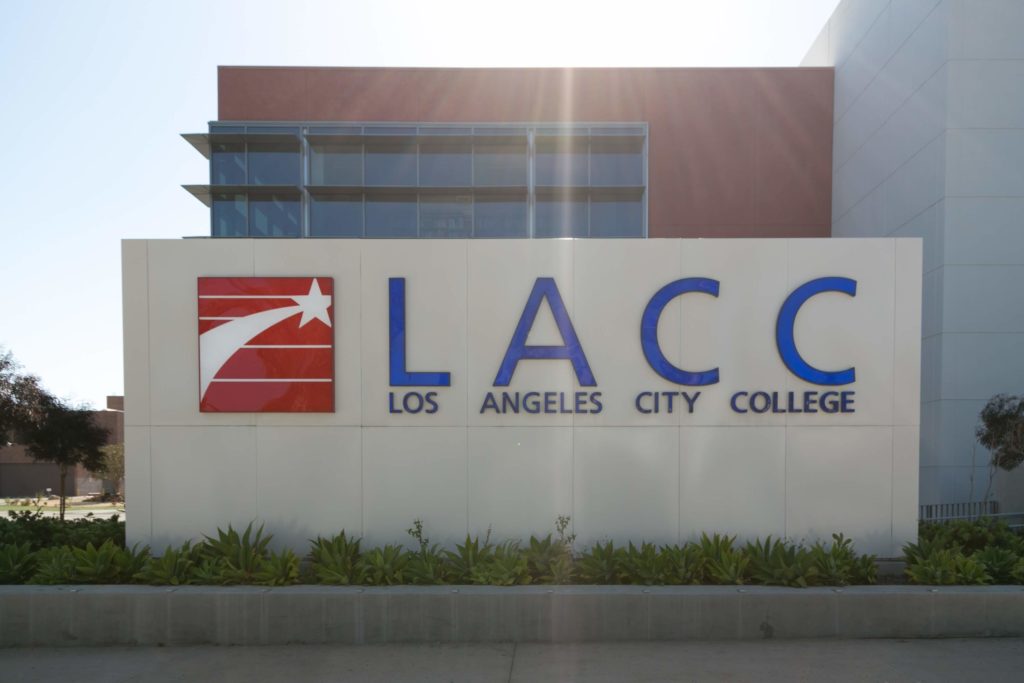 The Board of Governors overseeing California's community colleges is expected to vote on the requirement this summer. 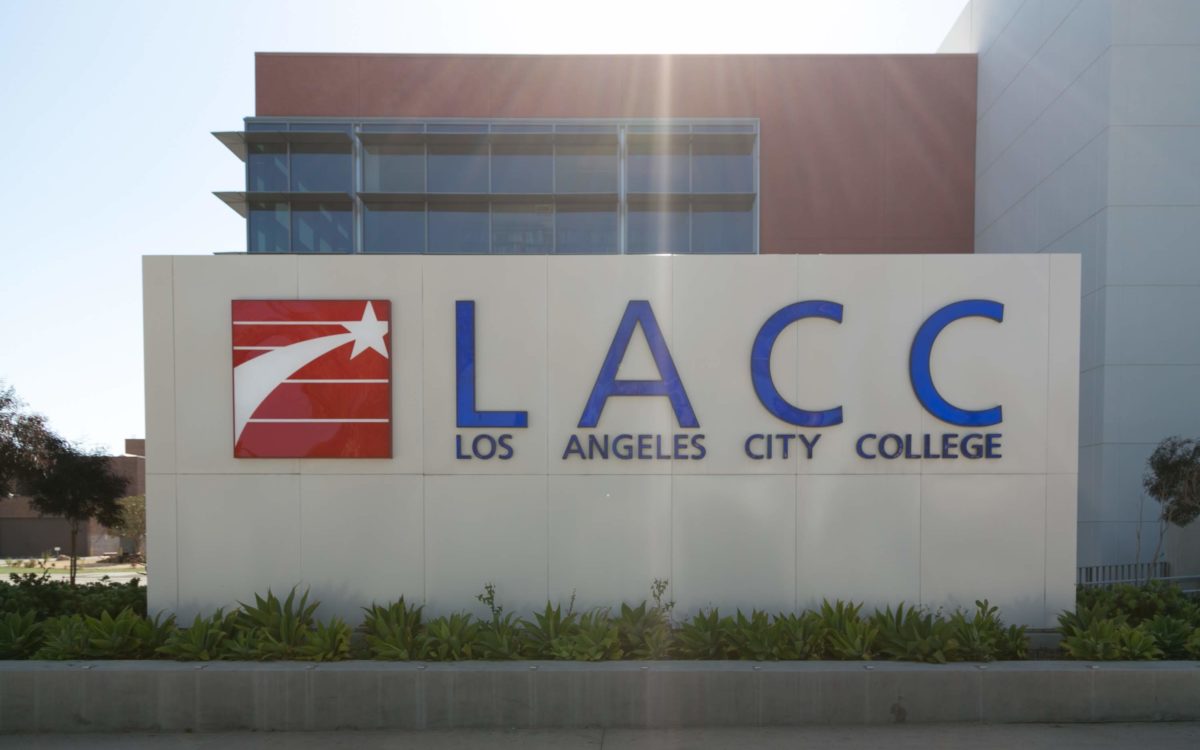 This week, the statewide Board of Governors that oversees California’s 116 community colleges will hold a public hearing on a proposal to add the class to the community college system’s general education requirements. The board is then expected to vote on the change in July.

Some details still need to be negotiated between local districts and their faculty, such as the specific courses that would meet the requirement at each college. The statewide chancellor’s office plans to leave those kinds of decisions to local college leaders and faculty.

Community college presidents and district chancellors interviewed by EdSource welcomed the new requirement, saying it will benefit students to learn about the contributions of nonwhite ethnic groups.

“We feel very strongly that any student receiving a 21st century education should have exposure to the various cultures, ethnicities and lived experiences of the individuals and communities that make up this diverse country,” said Francisco Rodriguez, chancellor of the Los Angeles Community College District, which runs nine colleges in Los Angeles County.

Legislation is also currently making its way through the state Assembly that would create the same requirement. Assembly Bill 1040 doesn’t need to be signed into law for the requirement to take effect because the community college system is already moving forward with implementing it.

However, proponents of the bill say it could incentivize state lawmakers to give the community colleges new funding to hire additional ethnic studies faculty and expand course offerings.

The author of the bill, Assemblyman Al Muratsuchi, D-Torrance, said he took an Asian American history class as an undergraduate at the University of California Berkeley that “had more of an impact on my life” than any other course. He added that “we are at a moment in our nation’s history” where it’s more important than ever for students to take courses that expose them to the stories of nonwhite ethnic and racial groups.

“Whether we’re talking about the traumatic spike in anti-Asian hate and anti-Asian violence, whether we’re talking about the Black Lives Matter movement, or hate against so many other groups and communities, all of that highlights the critical importance for us to make sure that our students have an opportunity to learn how to view American society and American history from multicultural perspectives,” he said in an interview.

More students will also probably be taking ethnics studies in high school. The Legislature is considering a bill that would require students to take a one-semester course before graduation starting with the class of 2030. High schools must begin offering the courses by 2025. The bill is expected to pass and be signed by Gov. Gavin Newsom. The State Board of Education on March 18 unanimously approved a voluntary high school ethnic studies curriculum that offers local districts the choice of picking and choosing from among the dozens of lesson plans or creating a different mix — tailoring an ethnic studies course based on their distinct student demographics and what they’re hearing from the public.

The root of the proposed community college requirement can be traced to legislation that was signed into law last year, AB 1460, which requires students who graduate from California State University to take an ethnic studies class.

Each of the state’s 115-degree granting colleges will need to offer ethnic studies courses that have been approved by CSU because many students will be using those courses to transfer to a CSU campus. The colleges are being asked to offer those classes by fall 2022. (The requirement would not apply to students attending Calbright, the system’s college that is only online and does not offer degrees.)

After the Board of Governors votes on the change this summer, a task force will be formed “to determine what implementation will look like,” said Aisha Lowe, the community college system’s vice chancellor of educational services and support. She added that the first impacted class of students will likely be either those entering the community college system in fall 2022 or those entering in fall 2023.

In the class, titled Ethnic Studies 1, students will learn about Black history, Chicano history, Asian history and Native American history. They’ll also learn about how each of those groups of people have been portrayed in the media.

Scott said the class was approved by CSU and the college is hiring a full-time faculty member.

To meet student demand for ethnic studies under the new requirement, many colleges across the state will be eager to hire additional full-time ethnic studies faculty. Whether they will have the funding available to do so is unclear.

At San Diego City College, President Ricky Shabazz would like to expand the college’s full-time faculty in Black studies and Chicano studies. Recently, he hired a new Chicano studies faculty member to replace an outgoing faculty member. When making that hire, the final three candidates were “an amazing group of professionals,” he said. “If we had the budget, I would have liked to hire all three of them. But that’s not the financial reality that we’re in.”

The easiest way to change that reality, Shabazz noted, would be if the state provided additional funding to the community colleges for the hiring of ethnic studies faculty. In Newsom’s revised budget proposal released earlier this month, he did not propose any new spending for community college faculty hiring.

Still, college leaders say they will continue to advocate for additional funding. Rodriguez, the Los Angeles Community College District chancellor, said AB 1040 could end up including funding for faculty hiring.

If the ethnic studies requirement is approved by the Board of Governors without any corresponding legislation, then it could become “an unfunded mandate,” Rodriguez said. But if a new law goes into effect, that would be a signal that the Legislature “believes in this,” he added.

“That would give us a better opportunity to receive actual state funding, to hire the kinds of additional ethnic studies faculty that we will need,” he said.

Scott, the administrator at Long Beach City College, acknowledged that her college and others will need to be prepared to meet the increased demand for ethnic studies with or without new spending from the state.

“Would it be helpful to have more funding for faculty? Of course,” Scott said. “But we are constantly shifting as community colleges without extra funding. We have to be nimble.”

One avenue colleges may turn to without additional funding is hiring more part-time faculty in ethnic studies.

Colleges may also allow students to fulfill the requirement by taking courses in academic departments outside the core ethnic studies areas. For example, a college could decide that an African American history course in a history department would fulfill the requirement, as long as the instructor meets the minimum qualifications to teach ethnic studies.

It will be up to each individual college district to decide whether that type of cross-listing of courses is appropriate to meet the requirement, Lowe said. Lowe added that she anticipates that smaller colleges that don’t have robust ethnic studies departments may be more likely to resort to that in order to offer an adequate number of classes.

Some ethnic studies faculty may be opposed to allowing courses from other departments to be counted as ethnic studies, Lowe noted, because “they want to ensure” that the requirement is being implemented appropriately and will likely push for the classes to be taught by ethnic studies faculty. Ultimately, though, the chancellor’s office will leave those decisions to local districts and each district’s Academic Senate.

Every college is expected to offer its own ethnic studies courses and not rely on courses offered online by other colleges, officials said.