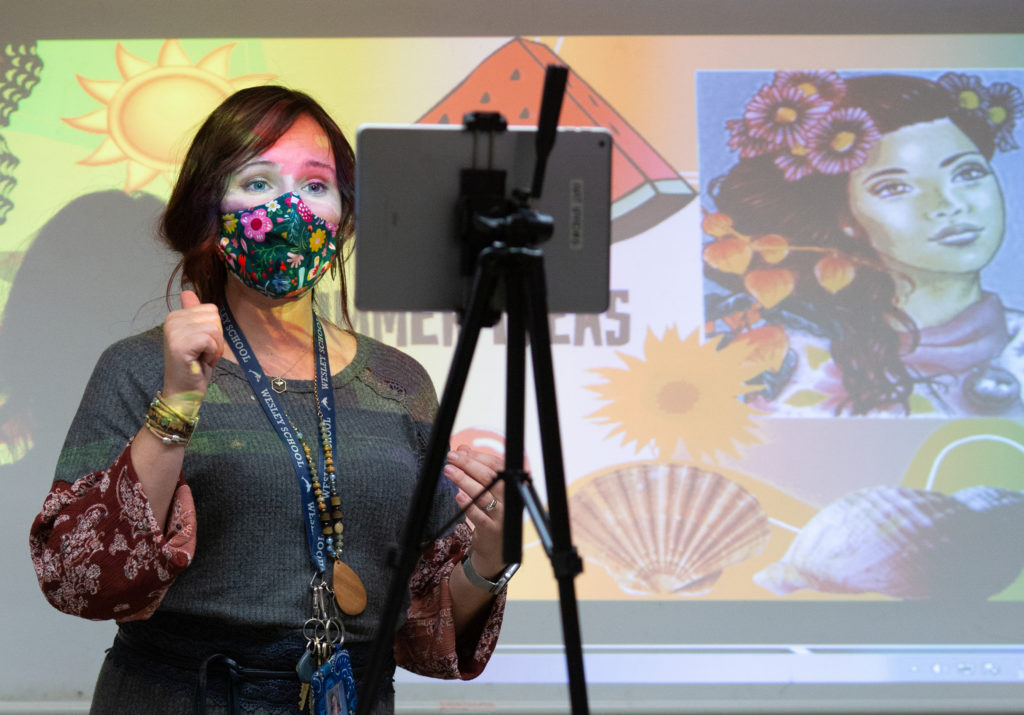 With generally little help from their districts, they rely on themselves and colleagues 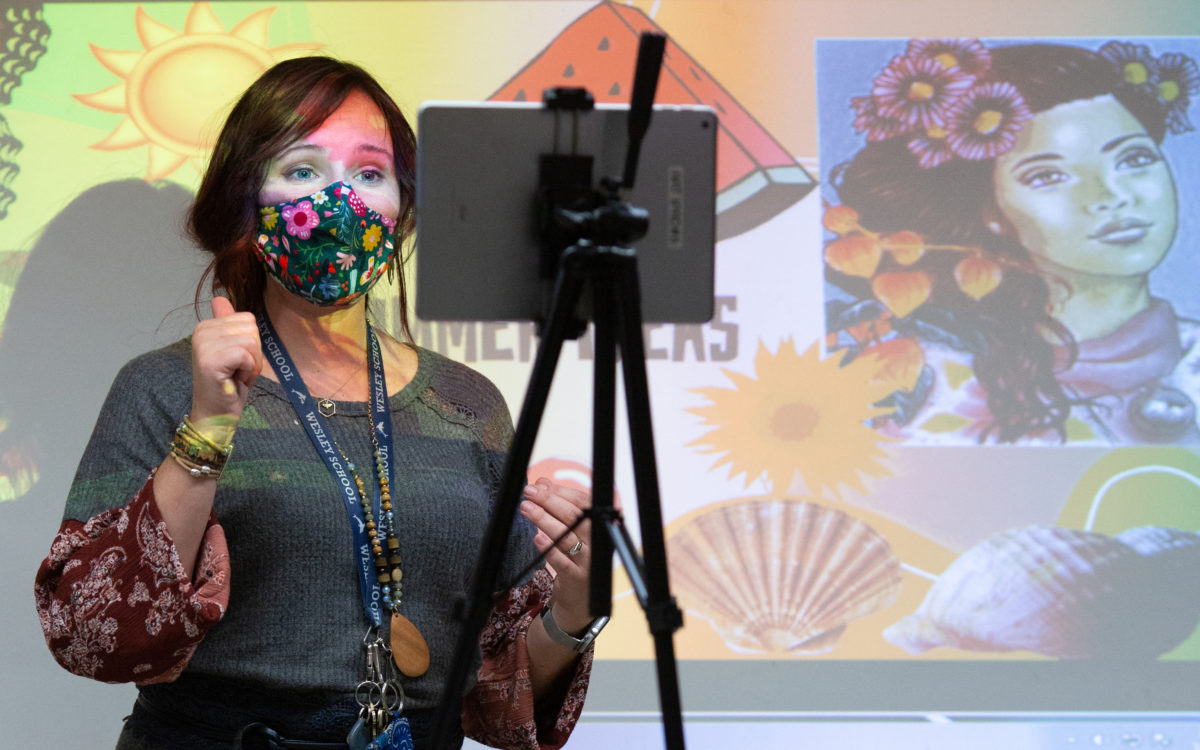 To those parents who perceive that teachers have had it easy during distance learning and put in a short day, veteran teachers surveyed have a reply: far from it. They told researchers last month that teaching remotely during the pandemic has presented an extremely difficult challenge, and most have never worked harder — an average of eight hours a week longer.

In their own words, 121 California teachers capture the challenges of distance learning and the impact on students after a year in a pandemic. The Inverness Institute conducted the survey. Future installments of “Teachers reflect on a year of learning under Covid” will include lessons learned from teaching remotely and advice to colleagues and policymakers. In the first installment you’ll find:

Nearly all agree, though, that the public doesn’t understand what teachers have been through and how hard it’s been to instruct and engage with students through a computer screen during a pandemic that has stressed them and their families.

“I am trying really hard to take it one day at a time,” reported an elementary teacher at a San Jose-Monterey area school with 61% low-income students. “I have gotten better at this mentality, but at the start of all this, there were many nights of crying, and many sleepless nights.” 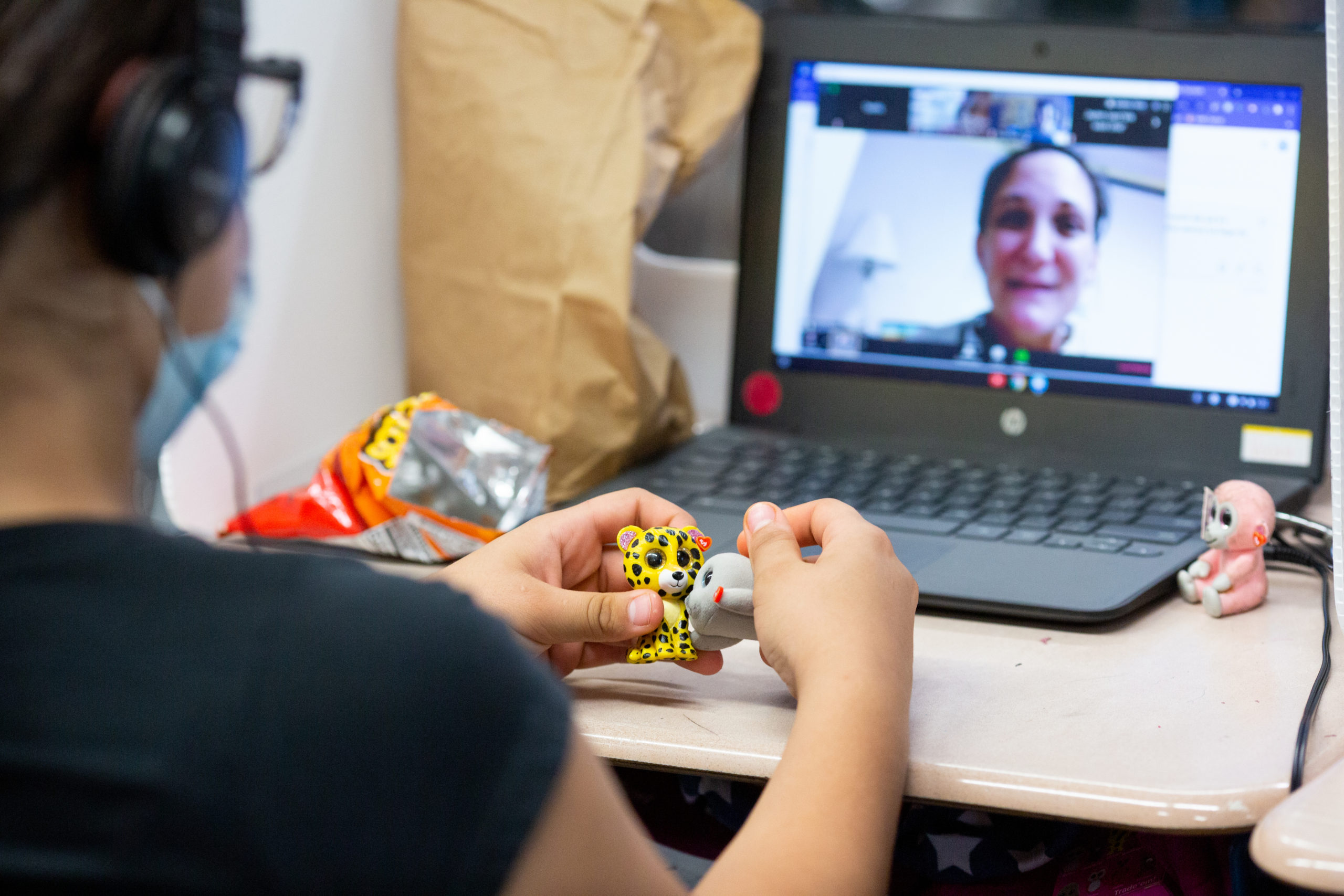 The responses from 121 teachers statewide, asking them to evaluate their own teaching experiences and their ability to deliver remote instruction, are part of the latest installment of a survey project created by the California nonprofit Inverness Institute and education consultant Daniel Humphrey. EdSource is partnering to present the findings.

The participants in what’s called the California Teacher Consultant Response Network were selected from a pool of veteran classroom teachers who have participated in school improvement and curriculum networks and education leadership programs.

Most have more than a decade of teaching experience. Two-thirds teach at the middle and high school levels. About 90% of the teachers remain in distance learning with about 10% in a hybrid model mixing remote learning with some in-person instruction.

To encourage candor, the researchers are not identifying the teachers’ names and their schools.

In the first two installments exploring students’ learning and their social and emotional well-being, a majority expressed anxiety about Covid-19’s long-term impact on their academic achievement, particularly among low-income children facing the biggest barriers to learning. And they said they worried about their students’ social isolation and mental health.

As for their own experience, nearly half reported in the latest “spotlight” that, with great effort, they have been able to make distance learning work, while 17% said the transition to distance learning has not been too hard. An additional 9% said they were working as hard as ever but still struggling and 1% agreed that it’s been “a disaster.”

Adroitness with technology may be a factor. “I think since I am young and tech-savvy, the transition hasn’t been so hard. I know this is not the case for other teachers,” wrote a high school teacher at a Los Angeles area school with 98% low-income students.

“My teaching style has always relied on in-person relationship-building. I’m an older teacher, and many of the technologies are completely new to me,” wrote a teacher in northeast California at a high school with 58% low-income students.

Asked how many hours per week they work, 15% said they were working fewer hours; 10% about the same — an average of 45 hours per week; 75% said more, with 31% saying they are working more than an additional 10 hours weekly.

One reason for extra hours is the time spent figuring out distance learning, whether deciphering new applications or creating lesson plans from scratch. About 1 in 5 teachers said they were doing this with little to no support, while about a quarter felt very supported and 55% reported they at least felt somewhat supported.

“To say my morale or teacher morale is low due to the lack of support I or we receive would be a gross understatement,” said a Sacramento area teacher at a high school with 72% low-income students.

“I honestly think that while the administrators and personnel at District Office have the best intentions, they have no idea how challenging it is to do distance learning,” wrote a teacher at a high school with 66% low-income students in the San Francisco Bay Area. “It’s just a recipe for teachers feeling more isolated than ever and not feeling supported. It’s extremely challenging.”

Teachers’ criticism of their districts is prevalent, though not universal. A significant portion, the researchers concluded, felt that administrators were driven by “political goals over the needs in the classrooms.”

“The organization I work for is insisting on mandates that do not take the challenges of distance learning into account. This disconnection is maddening,” said a teacher at a San Francisco Bay Area high school with 79% low-income students.

“I think the district has considerable resources, but they are more interested in controlling us and the resources. They want us teaching maximum possible hours online and doing so in a way that continues to focus on their test score-oriented goals,” said a teacher at an Inland Empire elementary school with 88% low-income students.

A Los Angeles area teacher at a high school with 51% low-income students had the opposite experience: “I have collaborated more than ever with colleagues sharing material, content, teaching strategies, discussing socio-emotional learning tips to engage students, even creating new curricula to address societal issues today.”

Nearly all the teachers said they relied the most on other teachers, individually or through networks. Two-thirds reported they found support from other teachers “very useful,” compared with 22% giving support from districts that rating. Only 2 to 3% of teachers gave systems of support from universities, county offices of education and the state a top rating. Four out of 5 said they had helped struggling colleagues to a considerable or a great extent.

The teachers reported that their perseverance paid off. More than two-thirds said they found new ways to teach because of Covid-19; 61% said they invented new curricula and materials; and a third said they were using new materials and curricula that colleagues developed.

“Innovation has been a matter of survival,” said a north coast teacher at an elementary school with 30% low-income students. “There was no way we could teach without radically changing our practices.”

“It’s actually one of the silver linings,” said a San Francisco Bay Area teacher at a middle school with 71% low-income students. “We have all been forced to adapt and grow so much that I will be a much better educator when we are eventually able to return to the classroom.”

The researchers credited the teachers’ efforts to “learn, improve and contribute to and learn from their colleagues,” while acknowledging the network may not be fully representative of all teachers in the state. Districts should harness that energy moving forward, they wrote.

“Every teacher struggles to meet the needs of their students under very constrained and challenging circumstances,” they wrote. “Those mechanisms and structures which empower them to work together, to share their innovations, and to learn from each other are critically important.”