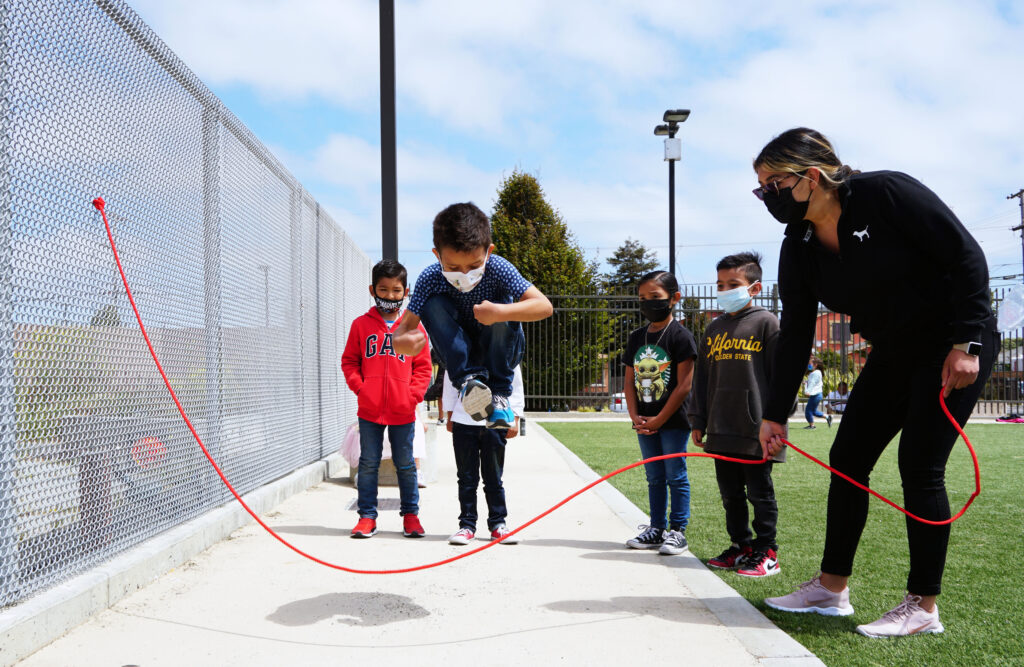 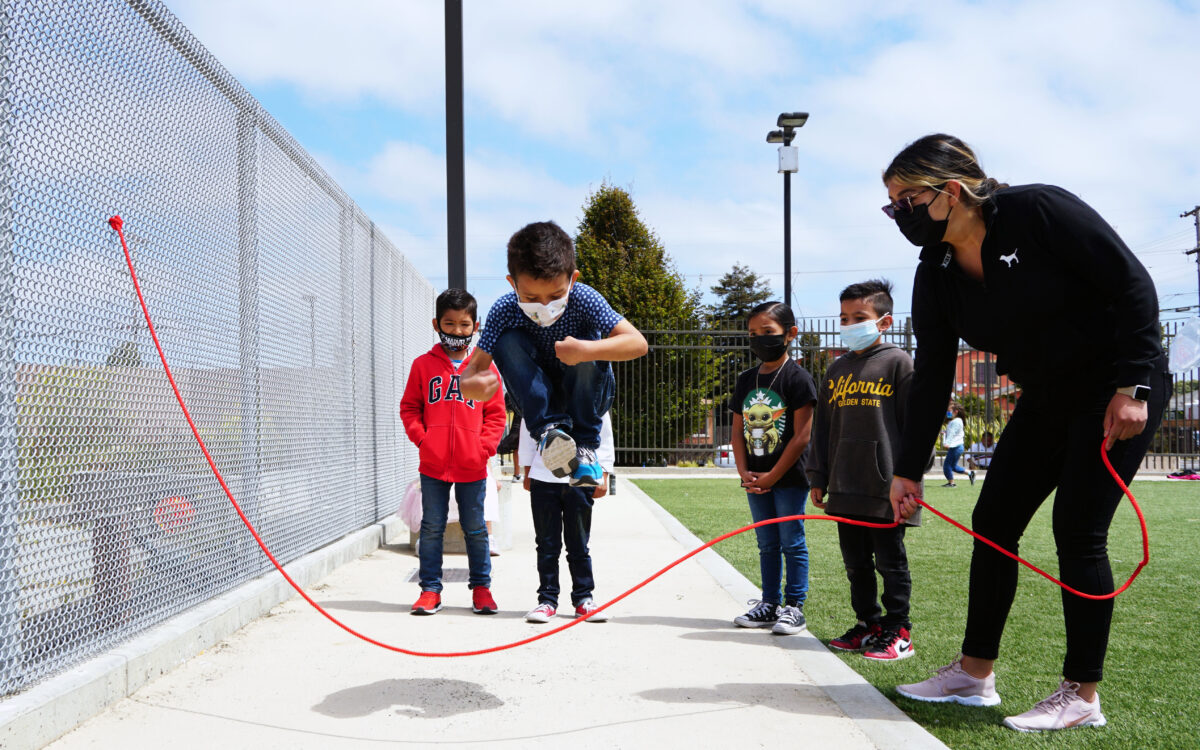 California schools, flush with state and federal funding for summer programs, expanded their offerings this past summer to include more students, and attracted them with innovative enrichment classes that helped them to reconnect with their schools, teachers and peers after months of distance learning.

Most school districts offered as much summer programming as they could, expanding programs previously limited to students who were falling behind academically, according to a report published Wednesday by Partnership for Children and Youth, an Oakland-based organization that advocates for extended learning programs for students from underserved communities.

San Diego Unified, for example, reported a 600% increase in the number of students it served over the summer, compared with a typical year when there are about 500 enrolled, according to the report. Last summer, the summer school program served 30,000 students.

“I think it was one of the much-needed success stories in public education after a very long and difficult year,” said Jennifer Peck, president of Partnership for Children and Youth.

Last summer, 88% of the California schools surveyed by the state offered summer school, and most of those provided wellness, enrichment and mental health services, as well as academic classes as part of their summer program, according to the report.

“One thing that was surprising was how much people grabbed onto this idea that this summer needed to be, most importantly, a joyful experience for kids and give space for kids to be kids,” Peck said. “So much of what we heard throughout the year was about learning loss and how much kids were falling behind, and we thought that would mean the money would be used for learning loss and not for enrichment.”

Officials at 24 California school districts were interviewed for the report. Researchers also used news articles and information collected by the state, although no summer school enrollment data was available.

Most district officials who were interviewed said their primary goal was to prepare students and teachers for the reopening of school and to familiarize them with Covid-19 mitigation measures. District leaders also used summer school to reconnect students — many of whom had not been on campuses for more than a year — to their peers and schools.

“There was encouragement to be innovative and creative and to respond to student needs,” Peck said. “Educators took it and ran.”

Peck is hoping the state will use some of what was learned this summer to reinvent summer programs. She says it should adopt a summer school model that mixes academic courses with enrichment.

“Mixing the academic support with fun and enrichment and joy is actually a research-proven approach for summer learning,” she said.

The El Monte City School District in Los Angeles County is one of many in the state that asked teachers to submit proposals to teach classes about topics or hobbies that they are passionate about.

The school district enrolled 2,000 students in summer school this year — more than a quarter of its students — including 800 who attended a virtual academy. Online classes included cooking, American sign language, crochet, dance and music. One teacher taught a history class that integrated heavy metal music, said Teresa Pinedo, director of instruction and assessment at the district.

“We love having them teach something they are passionate about, doing it in a virtual format, but possibly bringing it to in-person as well,” Pinedo said.

That program is so popular with students and teachers that district officials would like to keep that as a summer option in the coming years.

“We tried to do everything from a student-assets approach and take into consideration not everything they lost, but meet them where they were and build from that,’’ said Kathy Serrano, afterschool program administrator for the district.

Although Santa Barbara Unified’s Summer of Sol was open to all students, teachers personally invited children who they thought needed the program the most — those who needed academic or social-emotional support, or who needed the meals that were provided with the program, Serrano said.

Typically, the district’s summer school consists of an extended-day program for students with disabilities and various summer bridge programs for students preparing to move from preschool to kindergarten, elementary to middle school or middle to high school, according to Serrano.

This year, it added a full day of summer school from 7 a.m. to 4 p.m. for nearly 3,000 students, with half the day for academics, with a credentialed teacher, and half for enrichment, often led by staff from the after-school program. On Fridays, elementary school students had full-day field trips.

“This is something we definitely learned is very much needed, and the community is in support of ,” Serrano said. “Different partner agencies are in favor of continuing to support us in this effort. The whole community was coming together to serve the students that need it the most. I think personally, as this effort continues past this Covid time, it’s a matter of figuring out how we are able to continue to support this after the money is gone.”

In the El Monte City School District, the pandemic motivated district officials to begin a summer academy that had been discussed for years. Originally, the idea had been to start a summer program for transitional kindergarten and kindergarten students to welcome them to school and prepare them academically and emotionally to become scholars, said Jessica Pardini, education technologies coordinator for the district.

But the pandemic gave the program new urgency. Children aged 4 and 5 had been home for a year and a half, a formative period when they usually would be out exploring and learning, Pardini said.

“It was a daunting time to come back to school for both parents and students,” she said. “We wanted to be sure we were providing as much support as we could.”

The mostly online summer academy for transitional kindergarten and kindergarten students, funded from a grant from the California Community Foundation, taught academic skills, gave students in-person opportunities to meet other students and teachers, and allowed students to get into the routine of learning, Pardini said. Students were given a school uniform, supplies and checked out an iPad equipped with online books and apps for their lessons.

About 200 parents of children in the academy attended weekly classes on various topics, including how to help their children with schoolwork and how to help them build social skills, Pardini said.

District officials plan to continue the program indefinitely, although students are likely to come to school in person next summer.

“It was very well received,” Pardini said. “Parents and teachers were very happy with the results. The students enjoyed it as well. It was a win-win for all.”

El Monte City School District officials say assessments given at the beginning of this school year indicate that students had minimum to no learning loss, and in some cases gains over the summer. Santa Barbara Unified had great gains in academics, based on district assessments, and students reported a sense of connectedness, according to Serrano. Both districts participated in the Partnership for Children and Youth study.

School districts were able to expand summer programs because of state and federal funding meant to respond to the negative effects of distance learning, disengagement and trauma due to Covid-19, according to the study.

A national survey showed that most school districts used American Rescue Plan Elementary and Secondary School Emergency Relief Funds to pay for their summer programs. The program provided nearly $122 billion to states and school districts over three years. It requires that states invest at least $1.2 billion in summer programs based on strategies proven to improve student outcomes academically and emotionally. School districts also are required to use at least $21 billion for initiatives to address the impact of lost instructional time.

California spent $4.6 billion for summer school and extra learning time to confront the academic setbacks most students, particularly low-income students and those with limited internet access, have faced during the Covid-19 pandemic.

The fact most districts were able to put together such robust summer programs was even more remarkable because of the short amount of time they had to plan because funding was delayed, Peck said.

To quickly expand summer programs, many district leaders turned to community partners and vendors to help them fill out their programs. Others paid tuition for students to attend summer camps and other outside programs.

Community partners added to the diversity of programming that was offered to students last summer. Districts, in return, discovered partnerships they had not explored, Peck said.

“In our interviews with districts, one of the discoveries they made was how great these partnerships could be,” she said.

Peck is hopeful that the success of last summer, coupled with ongoing funding available in the state’s Expanded Learning Opportunities Program, means that robust summer school programs are here to stay.

“We hope this sets us on a better path to think about a year-round learning approach, which we know from research that kids really need,” Peck said.