California schools to get $15.3 billion in federal aid under American Rescue Plan 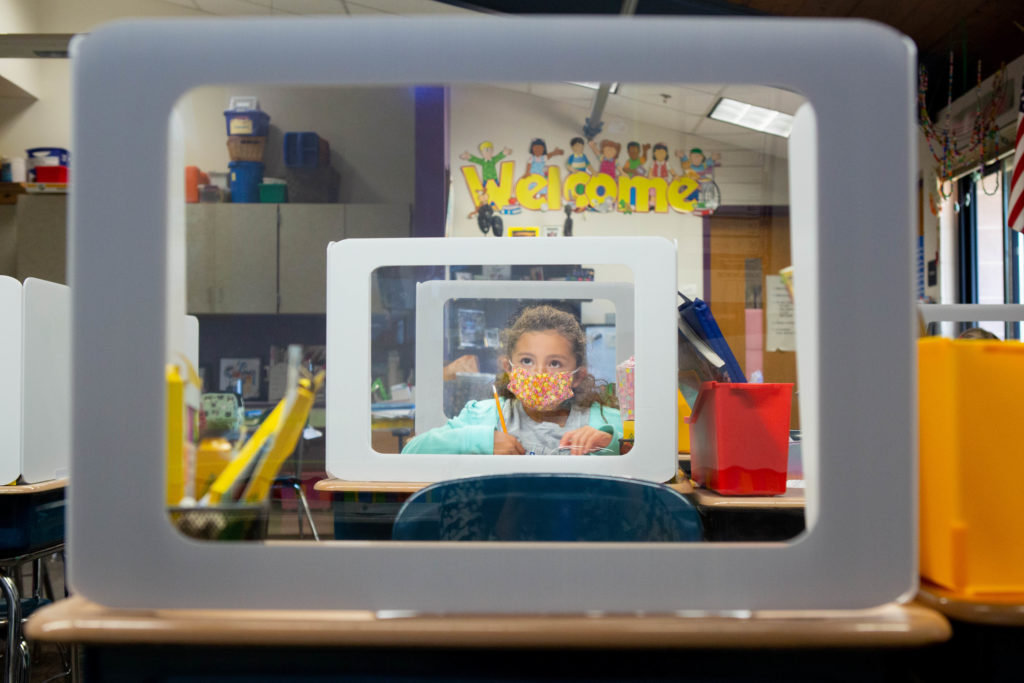 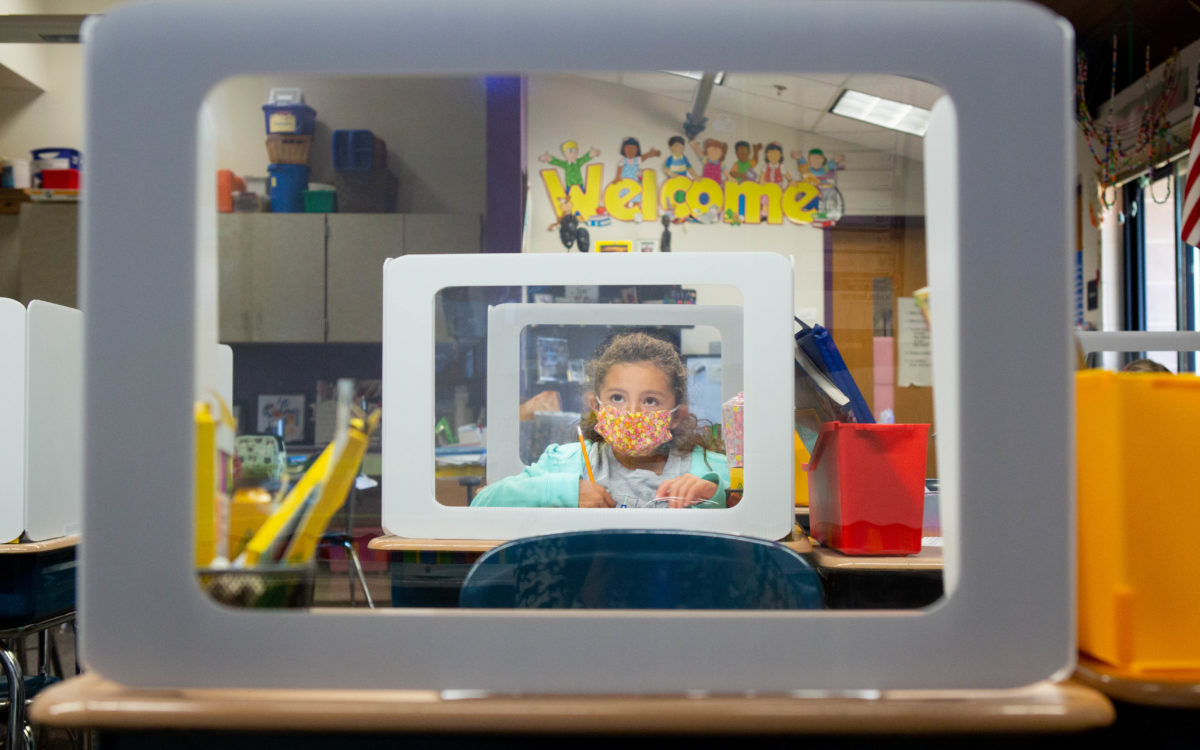 Credit: Allison Shelley for American Education
A second-grade student works behind a protection shield at a socially distanced desk.

Credit: Allison Shelley for American Education
A second-grade student works behind a protection shield at a socially distanced desk.

The nearly $2 trillion American Rescue Plan that President Joe Biden signed Thursday will send $15.3 billion in assistance to California’s K-12 schools. It will be by far the biggest of three relief acts that Congress passed in less than a year to combat the pandemic and the recession.

Altogether, federal funding to the state’s schools from the CARES Act last spring, a second round in late December and the new American Rescue Plan totals $26.4 billion — more than quadruple the $6 billion the state received from the American Recovery and Reinvestment Act passed during the Great Recession.

That’s about $4,300 per student — a record infusion of money. But the amount among districts will vary widely, since the funding is heavily weighted toward children in poverty, which Congress recognized as the most impacted by the pandemic and needing the most help.

For Los Angeles Unified, the total from the three measures is $11,144 per student and for Inglewood Unified, it’s $12,423 per student, according to EdSource’s calculations. But in Torrance Unified, with far fewer low-income families, it’s $1,651 per student, a seventh of what next door L.A. Unified is getting.

But Title I, which Congress is using to allot nearly all of the aid, combines four complex formulas with grandfather clauses that reflect political compromises dating back decades. So Santa Ana Unified, with a higher proportion of low-income families than L.A. Unified, is getting $6,072, or $5,000 per student less.

How much is going to California school districts?

This database breaks down how much each district in California will receive in total and per student under the American Rescue Plan Act as estimated by EdSource and totals for earlier Covid relief bills.

Many wealthy districts in the Bay Area, such as Pleasanton, Dublin and San Ramon Valley, will get less than $600 per student even though they can make the case that all districts face similar Covid-related health and safety costs.

The American Rescue Plan sets aside $123 billion nationwide for K-12 schools, plus an extra $7.2 billion through the federal E-Rate program to provide students and educators with internet connections. It also allocates $39 billion for early childhood programs, including a stabilization program for child care providers.

Of California’s portion for K-12 schools, 90% — $13.7 billion — will go straight to districts within weeks based on their share of Title I funding. Districts must use the money on Covid-related learning and school reopening expenses, but will have wide discretion. They must use 20% of the funding to make up for lost learning — providing summer school, tutoring, counseling or mental health services. A new “maintenance of equity” provision prohibits districts from cutting spending in high-poverty schools disproportionately compared with reductions in all of their schools over the next two years.

All of the federal money is one-time funding, with no assurance that Congress will renew it. That will make it tricky to add permanent teachers to reduce class sizes, which many districts would like to do, or hire a lot more nurses, counselors and social workers. But, recognizing that Covid-19’s harm will be long lasting, as will the recession in many states, Congress is giving states until Sept. 20, 2024, to spend all of the money.

Districts must create a plan for using the latest money and publicly share it by June 1.

“While all money is helpful, especially in these unusual times, large amounts of one-time funds with specific deadlines to expend present challenges,” said Michael Fine, chief executive officer of the Fiscal Crisis and Management Assistance Team, or FCMAT, a state agency that monitors the financial health of school districts.

“There is a basic budgeting principle that you don’t spend one-time funds on recurring needs,” he said. “Doing so sets you up for failure down the road.”

The state will get 10% of the $15.3 billion. It must use half, about $760 million, to mitigate learning loss of homeless and other heavily impacted student groups and $300 million split between summer enrichment and social-emotional assistance for the same groups of students. It will have $380 million to use at its discretion.

Separate from federal aid, last month, Gov. Gavin Newsom and the Legislature appropriated $6.6 billion to help districts recover from the pandemic’s impact. It includes $2 billion in incentive funding for districts and charter schools to start sending their youngest students back for in-person instruction by April 1.

That will bring total state and federal aid since the start of the pandemic a year ago to about $33 billion. By comparison, Newsom is proposing a K-12 budget of $89 billion for 2021-22.