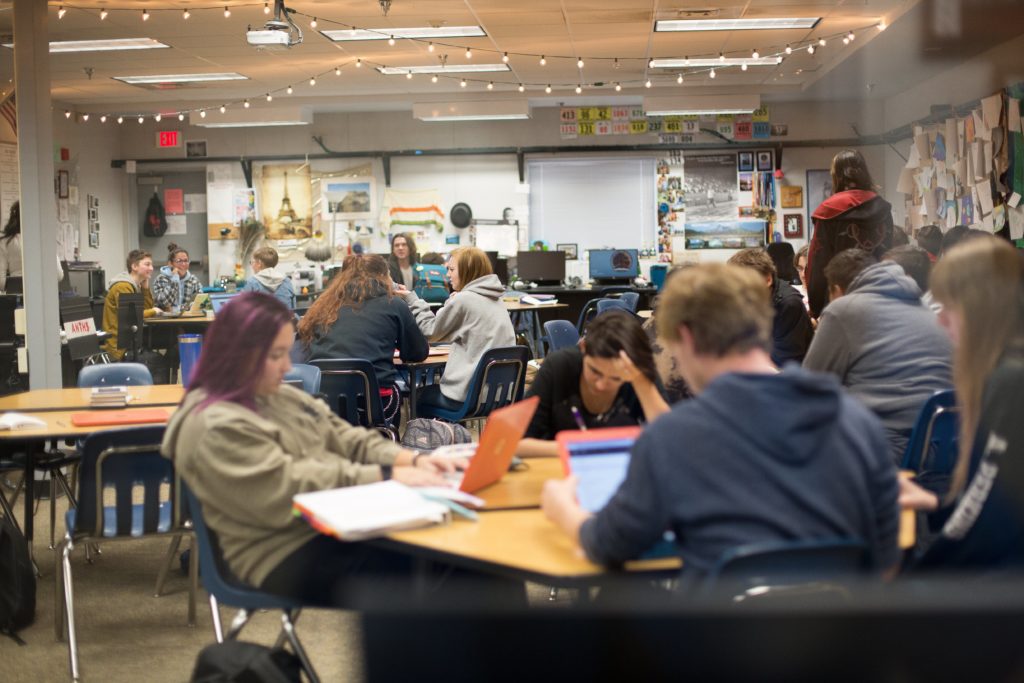 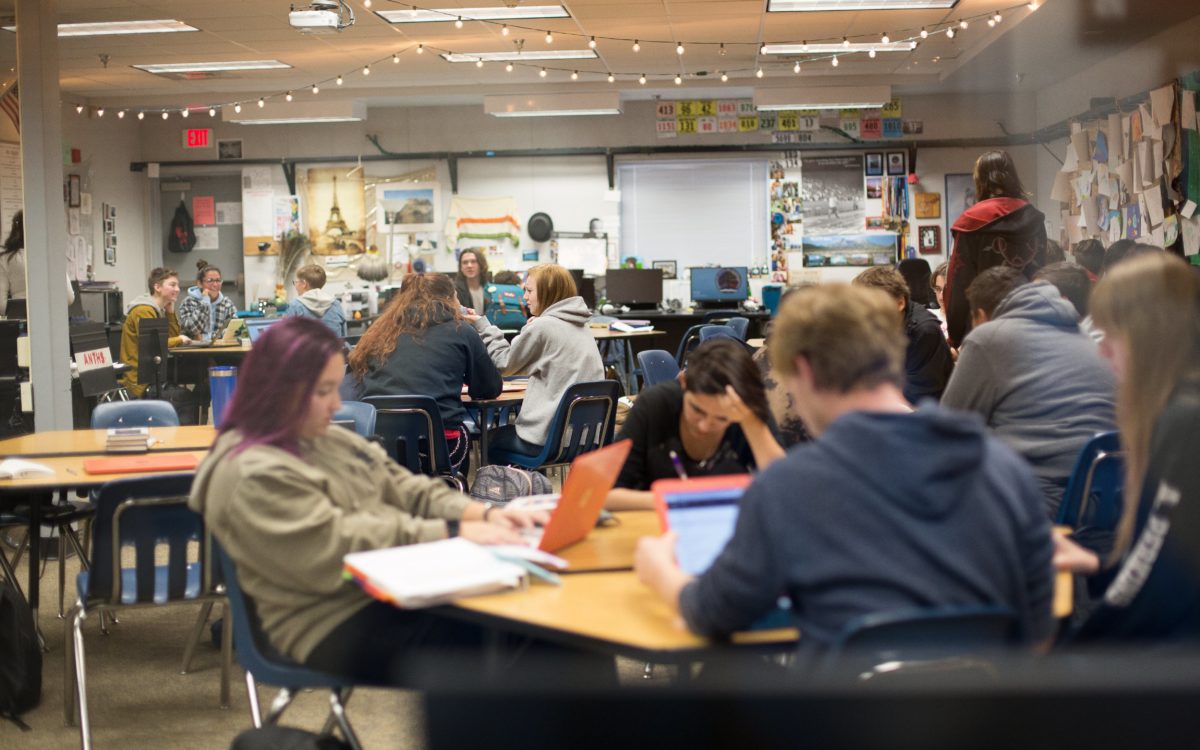 Upgrading ventilation systems is a key way schools can reduce the spread of the coronavirus when campuses reopen, but some districts in California are finding the cost of those upgrades to be insurmountable.

Some districts have recently been able to upgrade their HVAC systems using local bond money. Some hope that the Legislature will place a multi-billion bond on the 2022 state ballot to provide new money for school facilities. Others are hoping President-elect Joe Biden will push through infrastructure legislation that includes money for schools. But few funding streams are guaranteed, and they may not be sufficient to cover the regular inspections and stringent filter replacements that HVAC systems require.

Because the coronavirus is primarily spread through air droplets, teachers unions and state authorities are urging schools to improve their indoor air quality by installing modern air filters or air purifiers, or replacing their outdated heating, cooling and air ventilation (HVAC) systems entirely. But the costs can exceed hundreds of thousands of dollars, depending on the region, the condition of the existing buildings and the size of the school.

“After roofing, it can be the most expensive project for a school,” said Joe Dixon, retired facilities chief for Santa Ana Unified and a consultant who helps school districts with facilities projects. “But ventilation is important. It keeps kids’ minds fresh, it keeps them healthy. It’s a big issue for any district.”

The state does not keep records of the ventilation systems in California’s 10,000 public schools or which schools might need additional support in funding their HVAC.

Last week, Gov. Gavin Newsom announced a $2 billion plan to reopen schools, beginning as soon as February for younger students and gradually phasing in older grades. His plan, which is optional for schools but includes incentives to participate, calls for widespread testing, contact tracing, masks and other safety measures, including ventilation upgrades.

While ventilation improvements are not required under Newsom’s plan, research shows that well-ventilated, clean air can lessen the spread of the coronavirus as well as other contaminants, including wildfire smoke, dust and air pollution. Clean air can also improve students’ academic achievement, reduce absenteeism and boost health overall for students and staff, according to the Environmental Protection Agency.

For many districts, HVAC upgrades are just one more expense on a long list of needed repairs, said Jeff Vincent, director and co-founder of public infrastructure initiatives at the Center for Cities + Schools at UC Berkeley. Fixing a ventilation system is only the beginning of the investments California needs to make in its aging school buildings, he said.

“Once a vaccine is widespread, it doesn’t mean our school facilities are all of a sudden going to be in wonderful and perfect shape or adequate shape…with many inequities,” Vincent said. “What our research has been showing is that there’s a long-term and persistent underfunding of school facilities.”

Low-income students are more likely to attend schools with poor air quality and with facilities in poor condition, complicating efforts to reopen schools in ways that make them equally safe and all students and staff are protected from virus transmission, he said. As a result, students and staff at those schools face a greater risk of contracting Covid at school, he wrote in a recent report on mitigating Covid transmission in schools.

“Reopening is riskier for low-income students because their facilities tend to be in disrepair and particularly their HVAC,” Vincent said.

Even schools with new HVAC equipment can still have ventilation problems. A study published in January 2020 showed that out of 104 classrooms in 11 California schools, only about 15% met the state’s ventilation standards. The classrooms, surveyed in a joint study by UC Davis and UC Berkeley, were retrofitted with new HVAC equipment within the three years prior to the study. The researchers found that the systems were intact, but the required inspections to keep them in good shape were not regularly completed at each school.

Vincent said the state needs to assess building conditions at every school in order to begin the process of making campuses safe for students and staff.

“Even if we all have vaccines and the virus is almost totally eradicated, there are still thousands and thousands of children going to school every day and sitting in classrooms that have really unhealthy air, or don’t have drinking fountains that all work, or have peeling paint, or are too cold or too hot, or have mold in the walls,” he said. “Those are still negatively affecting children.”

To safely reopen schools, we have to talk about indoor air quality and ventilation

Are Students Getting Enough Air?

Ventilation rates in California classrooms: Why many recent HVAC retrofits are not delivering sufficient ventilation

Reopening Schools Safely and Equitably Amidst the Covid-19 Pandemic

In addition to funds Newsom announced last week, other state and federal funding is available for schools to make ventilation upgrades, but experts say it’s not adequate to fix all the antiquated or broken ventilation systems in California’s 10,000 schools, said Ian Padilla, a legislative advocate for California’s Coalition for Adequate School Housing.

“(The new funding sources) are good news, but it’s not nearly enough. It’s not a solution,” Padilla said. “It’s a down payment.”

As some districts have discovered, replacing an HVAC system can be a lot more complicated than just installing a new model. Often, an outdated electrical system must be rewired, asbestos removed, or a new roof installed to support the new ventilation equipment.

“Unless you already have a newer school, it’s never just the HVAC,” said Julie Boesch, superintendent of the Maple Elementary District in Shafter in Kern County. “Upgrading the HVAC triggers all these other issues, which can be very expensive.”

Some districts have used their money from the federal CARES Act — a $2 trillion economic relief package passed in March — to make ventilation improvements. San Bernardino City Unified, for example, recently bought 3,700 air filters and purifiers for classrooms in all 72 schools in the district.

Modoc Joint Unified School District, in rural northeastern California, used $60,000 of its CARES Act funds to buy air filters and air purifiers for every classroom, where students have been attending in-person since August. The filters have a Minimum Efficiency Reporting Value (MERV) of 7, on a scale of 1-16, based on the size of particles the filter can block. The Environmental Protection Agency recommends MERV-13 filters — the equivalent of an N-95 face mask — for minimizing the spread of the coronavirus, but those filters would not work with the district’s existing HVAC system, said Superintendent Tom O’Malley. Although the MERV-7 filters are not as effective at blocking coronavirus, they are adequate in filtering wildfire smoke, dust and other contaminants.

The filters and purifiers “have definitely made the classrooms more comfortable,” O’Malley said, although he worries about the long-term costs. Replacement filters and higher electric bills will be ongoing expenses that he’s not sure how to pay once the CARES Act money runs out. O’Malley is hoping for more federal or state grant money to come through.

“It’s expensive, but we don’t have a choice,” he said. “Right now, it looks like we’ll have to cut something else. Unfortunately, someone’s going to lose out.”

Many districts are hoping for money for HVAC upgrades from Assembly Bill 841, which Newsom signed in September. The law sets aside $600 million for public school energy improvements, including HVAC systems.

Los Angeles Unified, the second-largest school district in the nation, has so far spent approximately $6 million on HVAC upgrades and new air filters in response to the pandemic, and expects to pay about $1.7 million a month for ongoing inspections and filter replacements.

Classroom air filters were upgraded at over 1,300 schools from MERV-8 to MERV-13, and inspections have been increased from once every four months to monthly. In all, the district has more than 130,000 filters to regularly inspect.

But the changes will continue only as long as public health officials determine they are necessary to fight the coronavirus on school campuses, a district spokeswoman said.

“We will wait for guidance from public health officials to determine when it is safe to revert to using our standard MERV-8 air filters,” said Elvia Perez Cano, a public information officer for the district. “When we do revert to MERV-8 air filters, we will also rebalance and set fans to only come on when the systems call for conditioned air.”

Some districts in wealthier communities have gone to great lengths to improve their ventilation systems before welcoming back students and staff. Palo Alto Unified, for example, has installed MERV-13 filters in all classrooms as well as portable high-efficiency particulate air filters, and is adjusting the HVAC system to increase the amount of fresh air circulating in classrooms. The district plans to regularly monitor the filters and air circulation levels, and post results on classroom doors.

For smaller districts — especially those with older buildings and tight budgets — paying for HVAC upgrades is especially difficult. Minimizing the spread of the coronavirus is a priority, but many of those districts also face other urgent ventilation issues related to seasonal wildfires or increasingly hot weather.

At Mother Lode Union School District in El Dorado County, the old HVAC system at its only elementary school was so inefficient that students brought blankets and Snuggies to school to stay warm. But the cost to fix it — along with myriad other repairs — was so high that in 2016 the school board asked voters to approve a $7.5 million bond for campus repairs. Voters approved the measure, and Indian Creek Elementary now has a new roof, plumbing, HVAC and other amenities.

In some cases, it’s cheaper to replace an entire school rather than fix a decades-old HVAC system. That’s what happened at Maple Elementary School in Shafter, northwest of Bakersfield.

Until recently, Maple Elementary, a K-8 campus built in the early 1960s, was so dilapidated that rain water poured down the indoor walls from a leaky roof. Dry rot was pervasive. The fire alarm barely worked. The electrical system was antiquated and dangerous. Worst of all, the school — in the heart of the San Joaquin Valley — lacked air conditioning.

“I put 43,000 miles on my car in one year driving back and forth to Sacramento, trying to convince legislators to help us,” Boesch, the superintendent, said. “‘No’ is not the answer, because children should not have to go to school in these conditions.”

The district finally secured $11 million from the state’s hardship fund for schools, and was able to build a new school in 2019. Boesch used CARES Act funding to buy two portables, masks and sanitation supplies so students can return safely to school beginning in January. Combined with the new ventilation equipment, Boesch believes the school will be safe for students and staff.

“We feel pretty good, but there’s been a lot of frustration,” she said. “For some districts, you really have to move heaven and earth to make these improvements happen.”