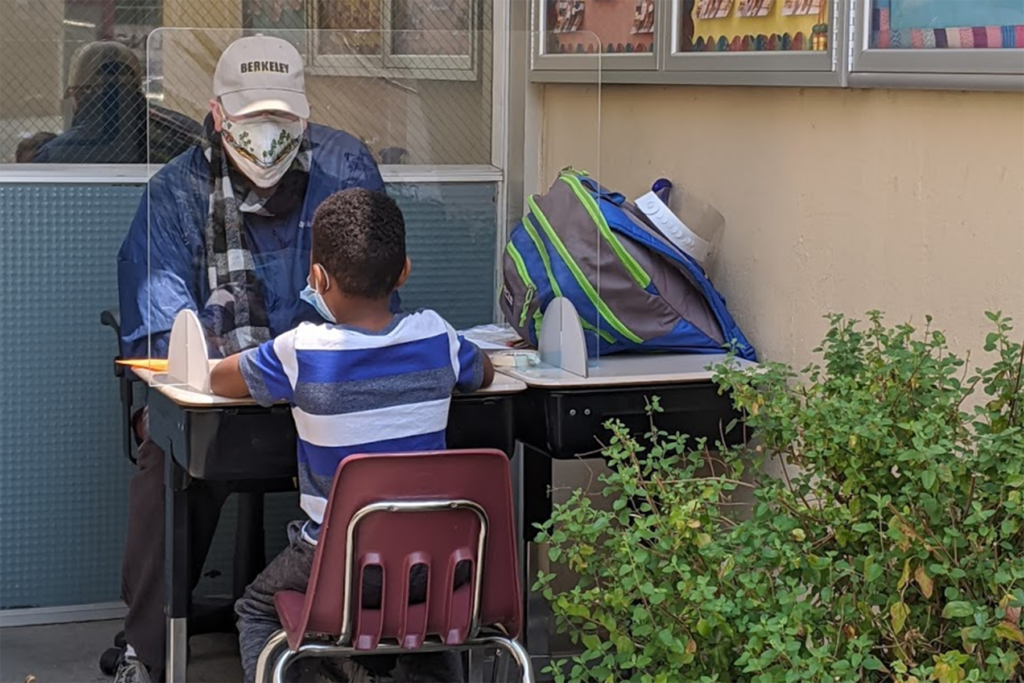 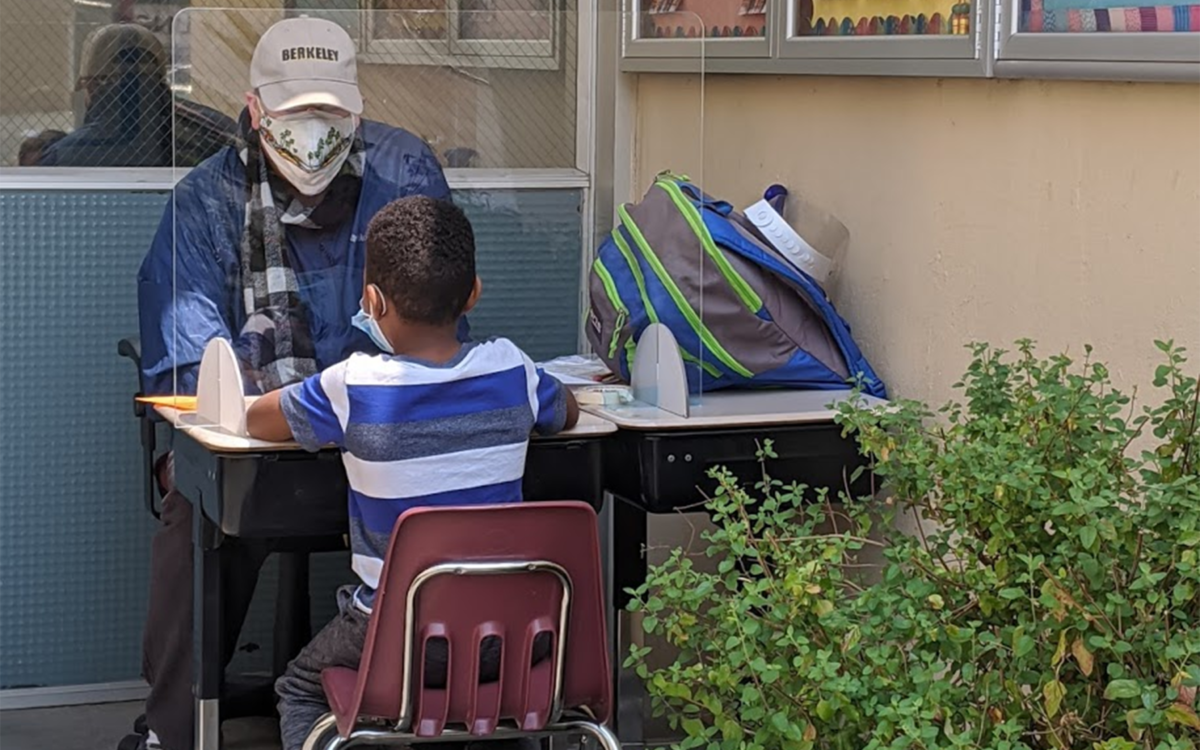 The State Board of Education in California voted unanimously to prepare to apply for more flexible standardized testing options this year as nearly 80% of students across the state continue with distance learning.

States are required to conduct standardized tests every year in math, English language arts and science, according to both state laws and the federal Every Student Succeeds Act. When schools shut their buildings in March last year due to the pandemic, however, state officials said districts did not have to administer the tests, pending getting a waiver from the U.S. Department of Education under then-Secretary Betsy DeVos. The department quickly granted waivers to all states relieving them of their testing obligations.

On Monday, the Biden administration said that states must resume testing this year. But it also invited states to apply for waivers from some testing requirements and to allow them to implement more flexible testing options, such as extending the time allowed to administer the tests into summer or even fall, shortening the exams and administering them remotely.

In November, the State Board of Education voted to create shortened versions of the states’ standardized tests in math and English arts that could cut down the typical testing time by about 2 hours depending on grade level, said Rachael Maves, deputy superintendent of public instruction for the Instruction and Measurement Branch, on Wednesday.

Since then, the state has also developed a remote proctoring system embedded into the online testing software that would allow teachers to view students through web cameras, speak via video and text chat and pause testing as needed.

“This year has presented and continues to present unfathomable challenges,” Maves said. “Yet in the midst of a challenge that continues to feel chaotic, we have seen some bright spots. Readiness for spring testing has been an unbelievable bright spot.”

Powerpoint by the California Department of Education on the state’s testing system, Feb 24, 2021.

Statement from the California Department of Education on SBE vote, Feb. 24,  2021.

Even with the modifications and software, many board members expressed concern over the validity and usefulness of the data that would be gathered while students are still learning remotely and the emotional impact that high-stakes testing could have on students living through trauma.

“One of my students told me she lost four family members this year,” said state board member Haydee Rodriguez, who is a science teacher. “Our students are going through post-traumatic stress, and they are in the middle of surviving. They are worried about their parents staying alive, and they are under a lot of stress. Taking the exam would exacerbate the stress.”

Many questions remain about what the standardized tests this year will look like. But a few details are certain following Wednesday’s State Board of Education meeting. First, California will prepare to submit a waiver from the U.S. Department of Education that will relieve any consequences for the state if less than 95% of students are tested, which is currently required under the federal education law. In a typical year, federal funding can be withheld from states that dip below the 95% benchmark.

Second, the timeframe for administering all tests — including the Smarter Balanced tests in math and English language arts, science and English language proficiency tests — will be extended until July 30, 2021, giving districts two extra weeks to continue testing students.

The guidance shared by the U.S. Department of Education on Monday said that states could also pursue extending testing into the fall, but the board did not vote for that option.

Across the U.S., states are similarly working to pin down their testing plans. And in California, at least 79 school districts have started their testing programs, according to Moa Vang, director for the Assessment Development and Administration Division at the California Department of Education. However, so far it has mostly focused on the state’s alternate assessment options set aside for special education students, as well as year-end English language proficiency assessments, which are given to students identified as English learners. Two districts have started taking the California Science Test, two have started the Smarter Balanced math tests and none have started the English language arts assessment.

A sticking point in Wednesday’s discussion was what kind of tests students should have to take. School districts across the state are in different places regarding reopening, and 52 out of 58 counties are currently in the most restrictive purple tier on the state’s color-coded infection monitoring guide.

“Other assessments can be considered. Why not consider asking the (U.S. Department of Education) to allow all schools to use their own assessments? We have decided they are valid and reliable for student reporting,” said board member Patricia Rucker, referring to assessment plans that districts describe in their local accountability plans.

Using locally selected assessments could avoid having to create new testing procedures and still allow districts to provide parents and guardians with feedback about student progress, Rucker said. Some states, including Michigan, are also exploring this approach.

But board President Linda Darling-Hammond, who headed President-elect Biden’s transition team for education before his inauguration, pointed out that allowing districts to select their own assessments would not provide comparable data among students statewide. More than 40 education and business groups similarly argued against that approach, pointing out in a letter this week that substituting local for statewide tests would “not hold all students to the same standards and expectations.”

After a long discussion about what type of testing environment could be most fair and accurate, the board voted to develop a waiver proposal that could provide districts with test options if they are unable to bring students safely back on campus within the testing window in order to administer the Smarter Balanced assessments.

The executive director of the board and California Department of Education are tasked with writing the proposal, which will be presented to the board at the March 17 meeting, or sooner if available.

A major tension in the discussion at the meeting was how to avoid having schools bring students back to schools for in-person testing if Covid-19 levels are unsafe, and yet remote testing is also not ideal because students have much different learning environments at home. During the public comment period, several school administrators shared how their students have to take care of younger siblings who are in distance learning or don’t have access to the internet at home.

“Standardized tests are imperfect measures at best and often provide snapshots of student performance that are far too narrow to help educators in any given year, let alone during a once-in-a-lifetime global pandemic,” said State Superintendent of Public Instruction Tony Thurmond, disapproving of the federal decision to proceed with exams during the pandemic.

“Even as more schools reopen in the weeks and months ahead, it seems unlikely there is enough time to meaningfully prepare our students for statewide tests,” he said. “And for the hundreds of thousands of students who still lack internet access at home, remote testing is simply not a viable option.”

Despite the guidance issued Monday that signaled tests would be required, dozens of school administrators, teachers and advocacy groups called upon the state board to continue to pursue a blanket waiver from the U.S. Department of Education.

“Only 15% of districts in my county have some students back in person. Keeping cameras on is one example for creating more equitable testing environments, but we have parents who won’t allow their kids on camera and will opt out of the test,” Cheryl Jordan, superintendent of Milpitas Unified in Santa Clara County, said in a public comment.

Jordan added that her district is still struggling with a lack of technology that all students would need to take the tests safely at home. “We have had 2,500 Chromebooks on order since fall and only received 158,” she said.

“We can think of no more appropriate time for a waiver than in the middle of a global pandemic that has taken over half a million lives across the country and created immense challenges for students, parents, educators and communities,” California Teachers Association President E. Toby Boyd said in a letter to the State Board of Education on Tuesday.

Still, some parents and educational equity groups have cheered on decisions to maintain standardized testing this year after skipping it last year.

“The 2021-22 school year will arrive quickly, and because of how dramatically our students’ learning has been disrupted, it will be one of the most important in our collective memory. That’s why the most important thing we can do for our students right now is use data to plan for recovery,” said Elisha Smith Arrillaga, executive director of The Education Trust-West, the California branch of a national research and advocacy nonprofit organization committed to educational justice.

“It’s true that testing at home isn’t ideal, especially for parents and students. But failing to test early enough — or at all — would hinder our ability to help students bounce back from the challenges of the pandemic and distance learning,” she said.

A majority of California parents want to resume standardized testing this year and said that they support summative assessments, typically tests that measure learning outcomes at the end of a school year, if they would be used to support their child’s learning, according to a January poll by UC Berkeley’s Institute of Governmental Studies and The Education-Trust West.

“The most valuable metrics we can use to understand a student’s academic progress will always remain the ones that are collected by educators and schools on a regular, ongoing basis in classrooms — even virtual ones — where individual relationships with students are fostered and strategies for support can be designed in real time,” Thurmond said.