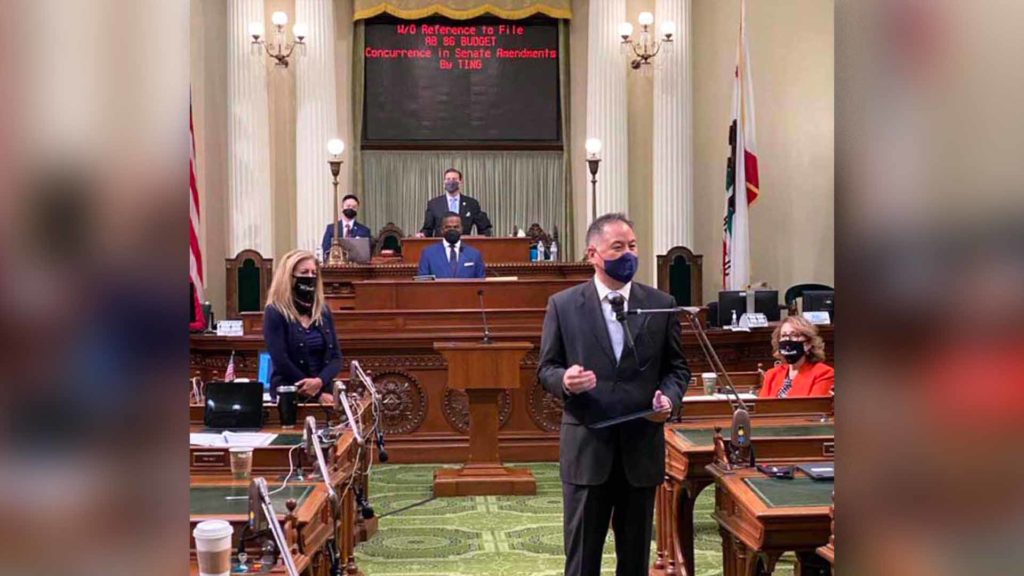 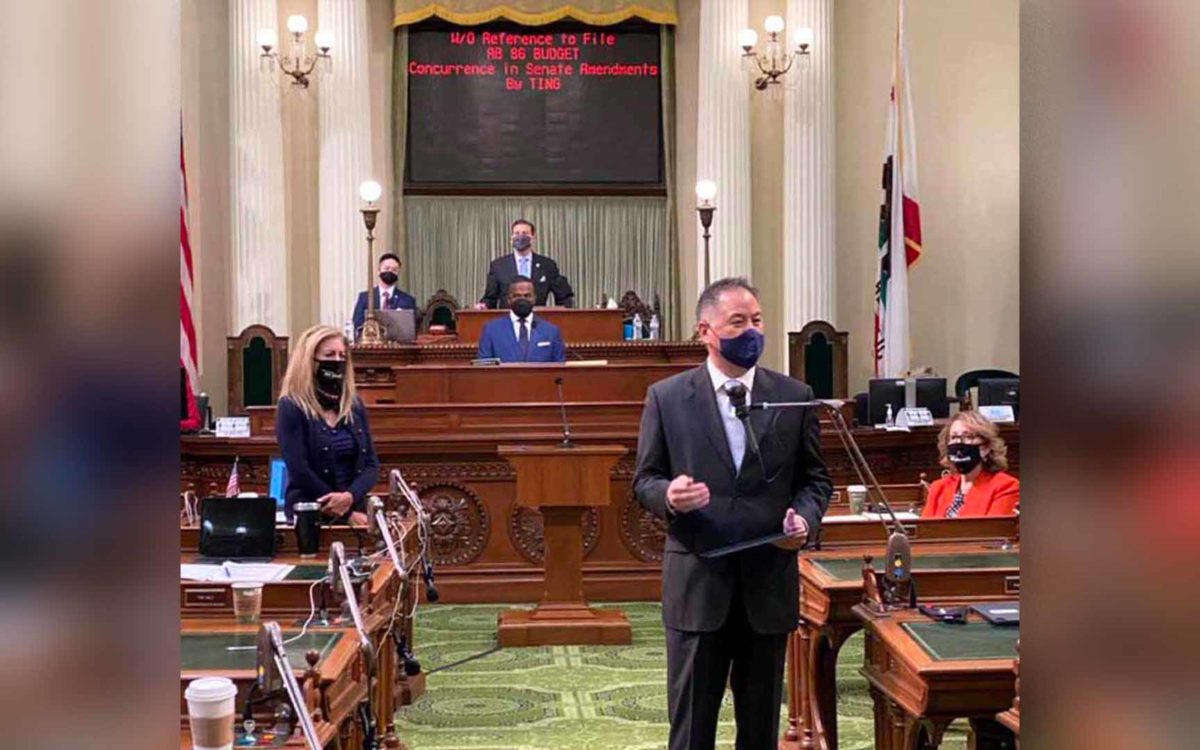 Tackling one of the most contentious issues during the year-long Covid-19 pandemic, California legislators approved a plan Thursday to encourage school districts to bring back more students for in-person instruction.

After often passionate remarks from the floor of both chambers, Assembly and Senate Bill 86 passed unanimously in the Senate and 71-4 in the Assembly.

It provides $2 billion as an incentive for schools that have not already done so to offer in-person instruction beginning April 1, starting with the earliest grades.

The legislation also allocates $4.6 billion for all school districts regardless of whether they meet the timetable Gov. Gavin Newsom called for in his “Safe Schools for All” plan.

For more details on the legislation, see EdSource’s Quick Guide: California’s Plan to Get More Kids Back to School

For schools in counties in the state’s “purple” tier, where the Covid-19 infection rate is still high, schools would receive extra funding if they open for students in kindergarten through second grade beginning on April 1. But in order to do so the daily rate of new Covid-19 cases in their counties would need to be less than 25 per 100,000 residents.

To get the extra funding, districts would also be expected to offer in-person instruction to a range of students with special needs — such as those in special education or others in “prioritized groups,” such as English learners, homeless students or those in foster care, and even “disengaged” students.

If their counties are in the red tier on April 1, they would be expected to offer in-person instruction to students in all elementary grades, as well as to one grade in middle or high school.

For those districts that do not open on April 1, the amount of incentive funding they would receive would be reduced by 1% a day through May 15.

The legislation also includes an additional $4.6 billion that Newsom called for in his proposed January budget. That funding is not specifically tied to school reopening, but is intended to help school districts do so, as well as help them address the significant learning loss that many students in California are experiencing as a result of the pandemic.

The bill is the result of weeks of negotiation between Newsom and the Legislature. He is expected to sign it on Friday.

On Thursday, the bill was the focus of heated debate in the State Capitol — drawing support and criticism from both parties. Some legislators, particularly those in areas hard-hit by the virus, worried the bill didn’t adequately address safety concerns for school staff and families. Others thought the bill should have targeted bringing in more students, given a shorter timeline for implementation, and should have passed months ago.

“The governor has the ability himself to put kids first and sign an executive order, reopening our schools, and he has chosen not to do so,” said Sen. Scott Wilk, R-Santa Clarita. “He’s chosen to hide behind AB 86. And I have simply one thing to say to the governor: Mr. Newsom, open our schools.”

But the majority of legislators voiced support for the bill, acknowledging it’s an important step toward reopening schools for all students statewide while balancing the need for safety.

“This plan is a work in progress. It’s not the be-all, end-all,” said Assemblyman Mike Gipson, D-Carson. “This plan is about helping students and families who have been struggling. Now is the time to show these students that they are worth the investment.” 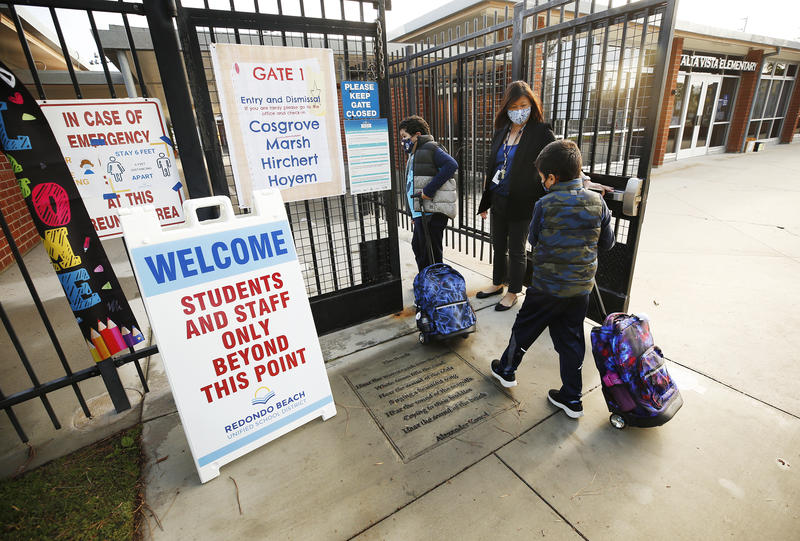 Quick Guide: Where do things stand on in-person instruction in California?

Several lawmakers talked about their own experiences as parents managing the challenges posed by distance learning. One of them was Assemblyman Kevin McCarty, D-Sacramento noting that he is the “drop-off person in our family.”

“I wish this bill was stronger,” said McCarty, a leading voice on education policy in the Legislature. But he noted that the bill’s purpose is “to spur districts to do more. This is a positive bill. This is going to help.”

Assemblyman Phil Ting, D-San Francisco, chairman of the Assembly budget committee who introduced the bill, said Covid-19 has played out so unequally across California that no one plan will suit every area.

“It often feels like California is separate states,” he said. “But in this case, we’re not going to go our own ways. We’re going to move forward together,” he said. “I believe this bill will allow us to do that.”

All Republicans in the Senate voted for the bill, while four in the Assembly — Vince Fong, R-Bakersfield, Kevin Kiley, R-Sacramento, James Gallagher, R-Yuba City, and Frank Bigelow, R-Madera — were the only dissenters. Most of them blamed Newsom for California’s failure to bring back more students to schools earlier.

But Assemblyman Eduardo Garcia, D-Coachella, rejected that analysis, pointing to the multiple complexities and obstacles to opening schools.

He called on his colleagues to “stop the circus barking dog atmosphere” represented by their rhetoric. He said going back to school earlier in his district would have been difficult if not impossible because of the very high rates of infection there.

“I have two teenagers who will be graduating from high school,” he said. “If it is a choice between a (graduation) ceremony, or their health and well-being, then I choose their health along with their prospects for a successful future.”