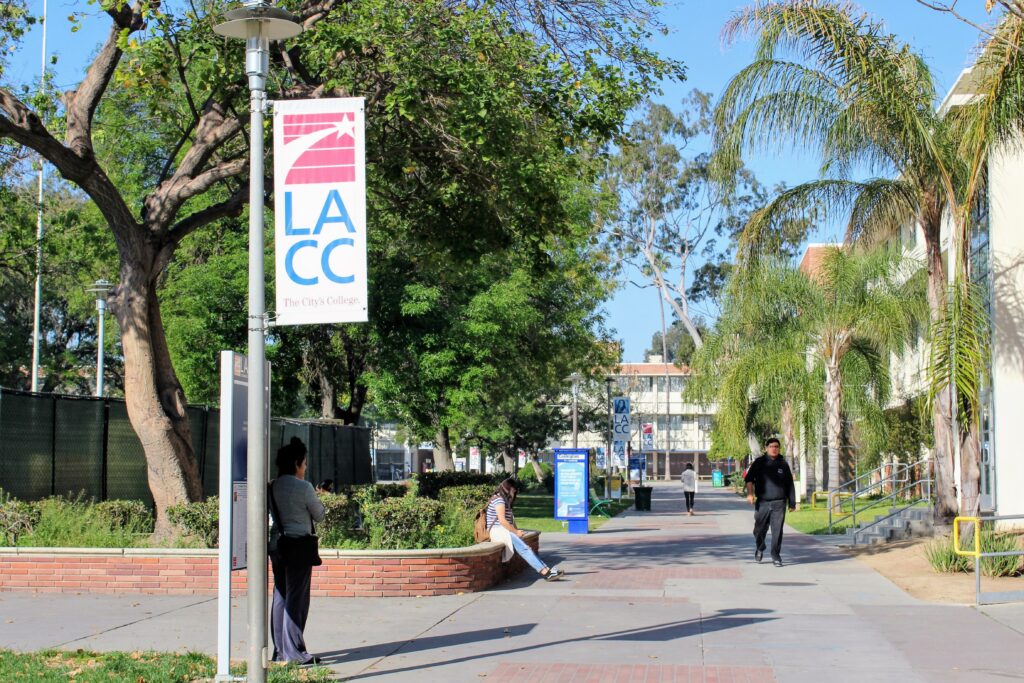 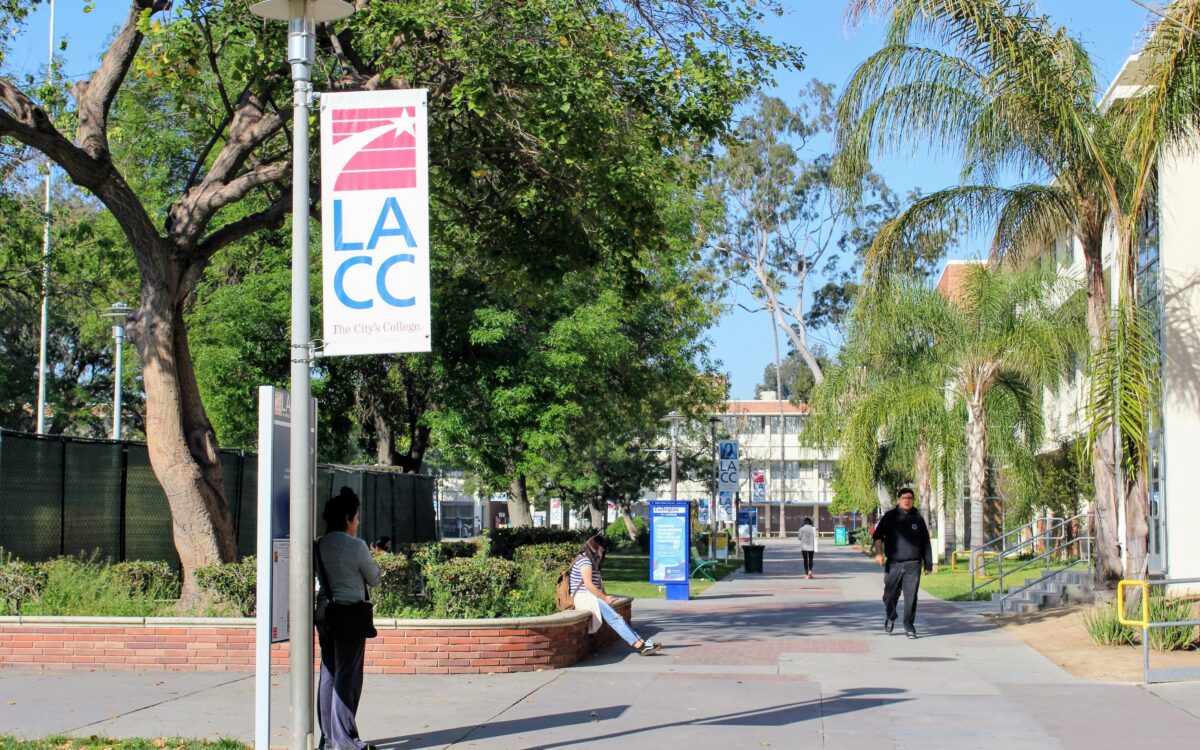 A majority of California’s community colleges are not yet fully implementing a law meant to help students enroll in transfer-level classes without first taking remedial classes, the community college system’s Board of Governors learned Tuesday.

At those colleges, which include at least 79 of the system’s 115 degree-granting colleges, many students are not entering and completing transfer-level classes in English and math within a year — a key goal of the law.

Aisha Lowe, the community college system’s vice chancellor of educational services and support, told the board of governors during a meeting Tuesday that those colleges will be asked to submit plans this fall detailing how they will achieve full implementation by fall 2022. The system’s 116th college, Calbright College, is online-only and not affected by the law because it doesn’t offer degrees.

Advocacy groups, including the nonprofit law firm Public Advocates and the California Acceleration Project, an organization advocating for the elimination of remedial classes, have called on the chancellor’s office to toughen the regulations in a way that would put more of a burden on colleges to enroll students in transfer-level courses, which are classes for which students receive credit toward a bachelor’s degree.

Jetaun Stevens, an attorney with Public Advocates, said there is a “statewide problem” of colleges enrolling too many students in remedial classes, especially in math.

The law, passed in 2017, says colleges can’t require students to take remedial classes unless they are deemed “highly unlikely to succeed” in transfer-level classes. The adoption of the law followed research showing that students placed in remedial classes rarely completed community college, while other research showed that those students could have passed transfer-level courses if they had been able to enroll.

Under AB 705, students can also access academic support by simultaneously enrolling in what’s called a co-requisite course for extra help.

The issue is important in California because the state’s community colleges enroll 2 million students, with many of them seeking to transfer. If students are forced to take non-credit remedial classes, it is often a significant barrier to completing their associate degree, transferring and earning a bachelor’s degree, studies have found.

The chancellor’s office also plans to review and perhaps revise regulations governing the law, including possibly toughening the restrictions to make it harder for colleges to enroll students in remedial courses.

While the state’s community colleges are governed by locally elected boards of trustees, the statewide chancellor’s office can establish regulations governing how the local districts implement AB 705.

Lowe said Tuesday that maximizing the number of students who enroll in those transfer-level classes “is best for students and ultimately best for our colleges.”

“And so we’re going to lean into this work and ask our colleges to have the necessary conversations they need to have locally to get to full implementation,” she added.

Since the law was passed, significant progress has been made across the system. Last year, research from the Public Policy Institute of California revealed that, as of fall 2019, the share of students passing transfer-level math and English classes had more than doubled since 2015.

Still, advocates and leaders in the community college system have stressed that full implementation remains a distant goal.

Lowe said Tuesday that, in December, the chancellor’s office asked all 115 degree-granting community colleges to submit data on student access to transfer-level classes, which are also referred to as gateway courses.

Specifically, the chancellor’s office requested data for students who entered college with low high school grade-point averages. The focus was on those students, Lowe said, because colleges could deem them unlikely to succeed in transfer-level classes. The colleges were asked to report data for several subsets of students, such as science, technology, engineering and math students seeking to transfer. Out of the 115 colleges, seven of them did not enroll any students in remedial classes. Lowe said those colleges are considered to be fully implementing the law.

The remaining colleges were listed as not implementing the law or reporting data with too small of sample sizes.

“What these results show us is that enrolling in pre-gateway courses is not the best option and does not maximize a student entering and completing the gateway courses in one year,” Lowe said.

The chancellor’s office plans to send memos to each of the 115 colleges.  The seven colleges that are fully implementing the law will be asked to share more about their methods. Twenty-nine colleges with sample sizes that were too small will be asked to examine more data. And the remaining 79 will be required to submit a plan explaining how they will get to full implementation by fall 2022, Lowe said.

Students not told of options

Keishaun Turner, a student at Cosumnes River College in Sacramento, has been stuck in remedial math classes for two years.

In spring 2019, Turner enrolled in intermediate algebra, a remedial math class, but struggled and didn’t complete it. AB 705 then took full effect in fall 2019. At that point, Turner should have been informed of his right to enroll in a transfer-level class, such as pre-calculus or statistics, said Stevens, the attorney with Public Advocates.

Turner said that never happened in his case.

“None of my counselors ever mentioned AB 705. So I didn’t even know that was an option I had. If I knew about the law, I would’ve told them to put me in pre-calculus,” he said in an interview. Pre-calculus is a transfer-level class. If he needed extra support, Turner also could have enrolled in a co-requisite class while taking pre-calculus.

Last month, Public Advocates singled out Cosumnes River College and its district, the Los Rios Community College District, which includes that college and three others. In a letter Stevens wrote to the college, the firm alleged that the college is placing too many students in remedial math classes and isn’t informing students of their right to enroll in transfer-level courses.

At the college, just 32% of first-time math students completed transfer-level math in fall 2019, according to the firm.

In the letter, Stevens said that none of the district’s orientation or advisement materials mention AB 705 or students’ right to enroll in transfer-level classes.

The district’s college catalogs also “inadequately describe students’ rights under AB 705,” the law firm alleged. AB 705 requires that colleges include information about a student’s course options “in the college catalog, in orientation and advisement materials, on the college’s website, and in any written communication by counseling services.”

In a statement to EdSource, a spokesman for the Los Rios district said that while the district maintains it is “clearly in compliance with AB 705,” it is working to do better.

“We can and will improve upon our current practices and are actively engaged in robust conversations in our district and colleges on strategies to build upon our initial success,” said Gabe Ross, the Los Rios spokesman.

Data published this spring by the Public Policy Institute of California reiterates that there are still too many students who are not enrolled in the courses needed to transfer to four-year universities.

At about two dozen colleges, 65% or fewer first-time math students were enrolled in transfer-level courses in fall 2019, according to PPIC. At some colleges, that rate was as low as 42%.

The PPIC data also shows that there is significant variation from one college to the next, even when it comes to nearby colleges. For example, at Coastline College in Orange County, 61% of first-time math students took a transfer-level class in fall 2019, while at Orange Coast College, just 4 miles away, the rate was 92%.

“We know that we’re in a much better place than we were prior to AB 705. There have been pretty dramatic improvements,” said Olga Rodriguez, a senior research fellow at PPIC. “But it really varies across the state.”

Lowe said the chancellor’s office will ask the compliant colleges how they managed to do it.

The chancellor’s office also plans to review the regulations that govern AB 705 with an eye toward recommending changes. The board of governors approved those regulations in 2019 and could update them if needed.

Public Advocates, the law firm, has requested several amendments to the regulations. For example, the firm has requested that the board change a line that says colleges shall not “authorize placement” of students in remedial courses. The firm wants it instead to say that colleges shall not “authorize the enrollment” of those students in remedial classes.

The seemingly small change could make a big difference, Stevens said, because students like Turner are not necessarily placed in remedial classes but end up enrolling in them because they aren’t aware of options. Under this change, the burden would be placed on the colleges to make sure students enroll in transfer-level classes.

“That would close a big loophole,” Stevens said.

John Hetts, who oversees data and research for the community college system, said during Tuesday’s meeting that some colleges that are succeeding in implementing the law have found a way to direct more students to transfer-level classes.

Those colleges advise all students to take transfer-level courses and if a student wants to take a remedial class, that student must fill out a form saying the student is taking the class against the college’s advice, Hetts said.

“I think that kind of system is one that would maintain the choice of students for those who really want to take a slower pathway, but not allow it to happen as a default,” Hetts said.