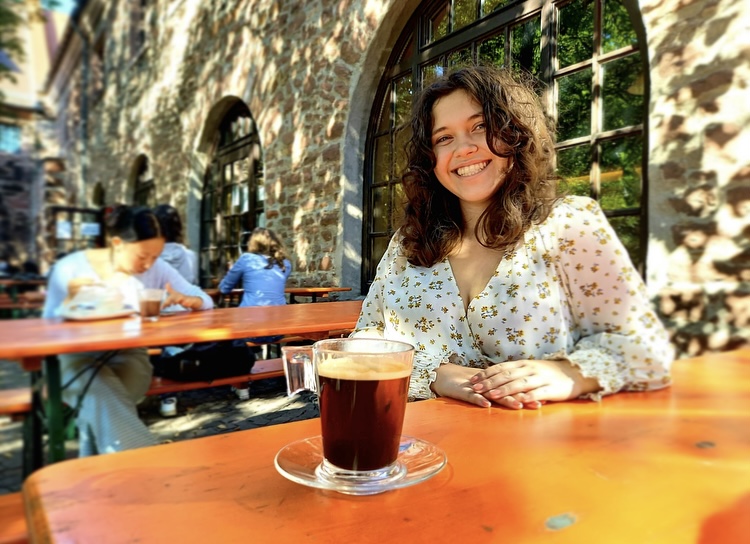 Programs in Western Europe and South Korea reopen; China and Latin America off limits due to pandemic concerns.

San Francisco State University student Vanessa Salcido was disappointed but accepting when her plans to study abroad were canceled last year because of the Covid-19 crisis.  Now, after a year’s delay, she recently arrived at a campus in Germany and is grateful to be in the vanguard of California college students who are gingerly heading overseas.

“The idea of so much uncertainty in the face of the pandemic can be really scary,” Salcido, a German language major, said from Heidelberg University where she will study for the next year.

But vaccinations, masking requirements and relatively low levels of infections in Germany made her enrollment in the reopened California State University program possible. “It’s a great experience and such an opportunity for growth. It would be a shame to pass up this opportunity if you can do it safely,” she added.

After evacuating students from overseas study programs last year because of Covid-19, California universities are cautiously restarting some of their study abroad programs while holding off on many others. The reopened ones are mainly in Western Europe and South Korea. Much remains in flux as some travel rules are changing and some students are delaying their journeys.

Enrollments remain small compared with pre-pandemic days. However, with health precautions, students are still attracted to study overseas to expand their horizons, learn languages and interact with other cultures.

The CSU system usually sent about 10,000 students abroad annually before the pandemic in programs ranging in length from a few weeks to a year. After cancellations last fall, about 2,000 students are expected to participate this year, according to Leo Van Cleve, the CSU assistant vice chancellor in charge of international programs. Plans call for revival at 11 of the 18 programs run by the university system in partnership with foreign colleges, he added. (Some individual CSU campuses also offer their own programs.)

CSU students are traveling this fall to Spain, Germany, Italy, France, South Korea, Israel and Ghana, among others, while Chile, South Africa, China and Australia remain closed “due to continued concerns and logistical challenges surrounding the COVID-19 global pandemic,” including the availability of vaccines, the university announced.

The situation “is a work in progress,” Van Cleve said. Some new uncertainties recently arose with the delta variant of the virus and new regulations by host countries that limit foreign visitors.

Students rightfully feel sad about losing the opportunity to study abroad, he said. Such travel teaches students about other cultures and develops skills for working in a global economy, while also prompting reflection about home, according to Van Cleve. “Whatever country they go to, they gain perspective about the United States’ place in the world and their own place in the world and how they fit in,” Van Cleve said. By not going overseas, “we lose something.”

The University of California plans to reopen programs in 19 or so countries this fall, about half of its usual host nations. (Some countries host several UC programs.) UC is operating now mainly in Western Europe and South Korea and has canceled programs in Argentina, China, Mexico, Russia and others. UC’s overseas programs for undergraduates expect to enroll between 500 and 700 students this fall, a small share of the more than 6,000 who pre-Covid annually spent a quarter, semester or year abroad.

However, plans could change since some programs don’t start until October and pandemic issues still could arise. “The environment is dynamic” as visa requirements, vaccination rules, quarantines and border closings keep changing, said Vivian-Lee Nyitray, a University of California associate vice provost and executive director of the UC Education Abroad program. Assessments of health and safety will continue through early October, and some spots may be closed or opened even as student interest remains high, she added.

“We feel there’s a great deal of pent-up demand, and we can see that in the applications numbers,” Nyitray said. About 14,000 applied this year, about 2,000 below pre-Covid years, but still strong, she said. Some students submit multiple applications to different locations, and some decide not to go.

Studying abroad can help students grapple with such topics as nationalism and racial justice, Nyitray said: “We think it is enormously helpful for students to be out in the world and to see how these issues play out in different parts of the world.” UC seeks to groom “an informed citizenry. And one part of that education is to be exposed to ideas and people who are quite different from oneself,” she added.

(In some cases, studying abroad can be cheaper than staying at a California campus if housing costs are low. Regular financial aid can be used for tuition overseas. However, travel costs can deter some.)

Nationally, the mood among universities sponsoring overseas programs is “cautious optimism,” according to a report released in June by the Institute of International Education, the organization that monitors student exchanges.  More than 347,000 U.S. students studied abroad in the 2018-19 academic year, but figures have not yet been released for subsequent periods, the institute said.

About 50% of U.S. colleges and universities anticipate an increase or stabilization in study abroad numbers in the 2021-22 academic year, a big improvement over last year when 97% expected declines, the report said. Similarly, about half of the schools plan in-person study abroad for fall 2021.

“Institutions are weighing multiple complexities as they consider whether to offer study abroad programs in the 2021-22 academic year because colleges and universities want to ensure the safety and security of their students and faculty,” the study said. Destinations in less developed regions such as India may not be revived quickly, it noted.

Stanford University reports that about 70 undergraduates will be attending one of its Bing Overseas Studies Programs, compared with about 250 in past non-Covid terms. Five locations will be operating, including Berlin, Florence and Hong Kong, compared with the usual dozen, according to a statement from the university. The first students back were 16 who spent the summer in Oxford.

“Stanford’s highest priority is the health and safety of our students and we have been closely monitoring Covid-19 conditions around the globe,” the statement said. Decisions will depend on infection rates, testing and contact tracing capabilities, health care capacity, vaccine capability and limitations on movement within a country “that may be incompatible with running a study abroad program.”

The University of Southern California did not release specifics but told EdSource in a statement that it would operate “some study abroad programs in selected countries.”

Meanwhile, in Heidelberg, San Francisco State junior Salcido, 20, explained that she is taking German classes, living in a student apartment and doing such fun things as visiting castle ruins. During high school, she studied several other languages, including Japanese and Korean, and she is considering becoming a teacher in a dual language immersion school.

With the health precautions in Germany and masks often required indoors at the university, she said she feels “pretty secure” that she can avoid Covid-19 infections. “I know how hard the program worked to make it safe,” she said. Her parents, who live in Corona in Southern California, “were a little worried at first” but now are considering a visit to Germany later this year.

Salcido said she is thankful for the experience and said she feels sorry for other CSU students whose overseas programs were canceled again and missed the chance to live in another culture.