Now the hard part: reaching agreement locally on what should be taught 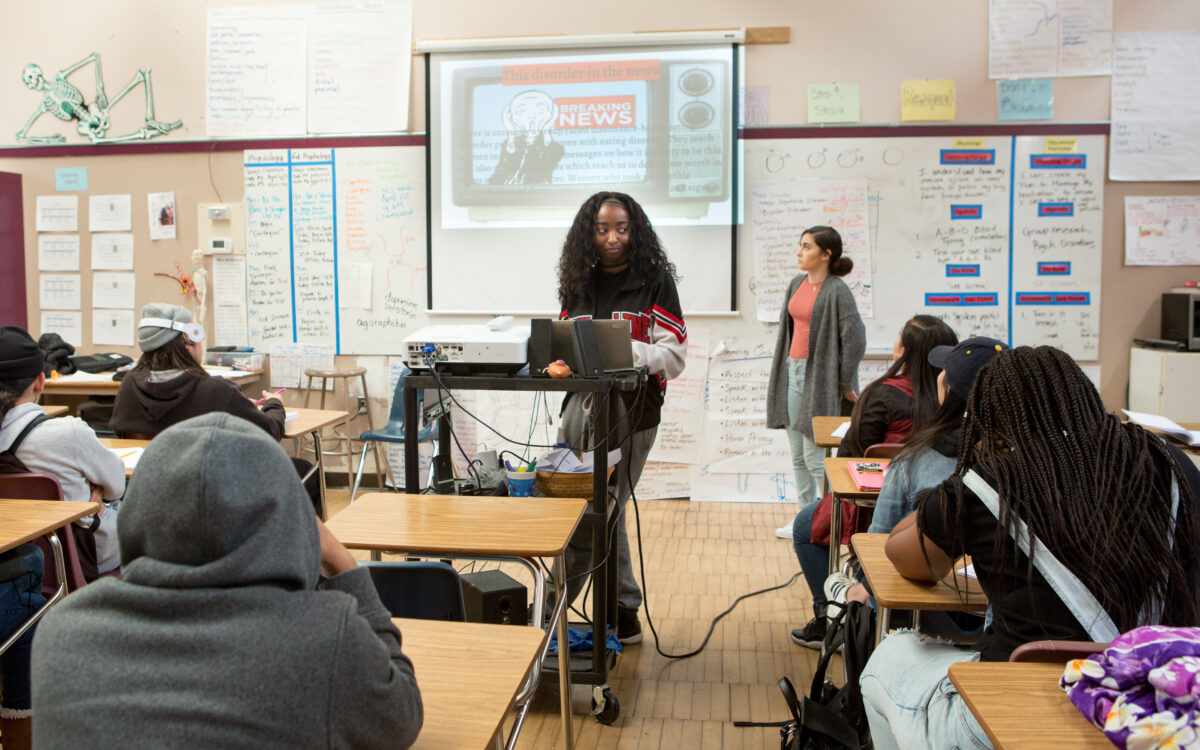 The mandate will take effect starting with the graduating class of 2029-30, although high schools must start to offer courses starting in the 2025-26 school year. Hundreds of high schools already have such courses, and Los Angeles Unified and Fresno Unified voted last year to require students to take ethnic studies. 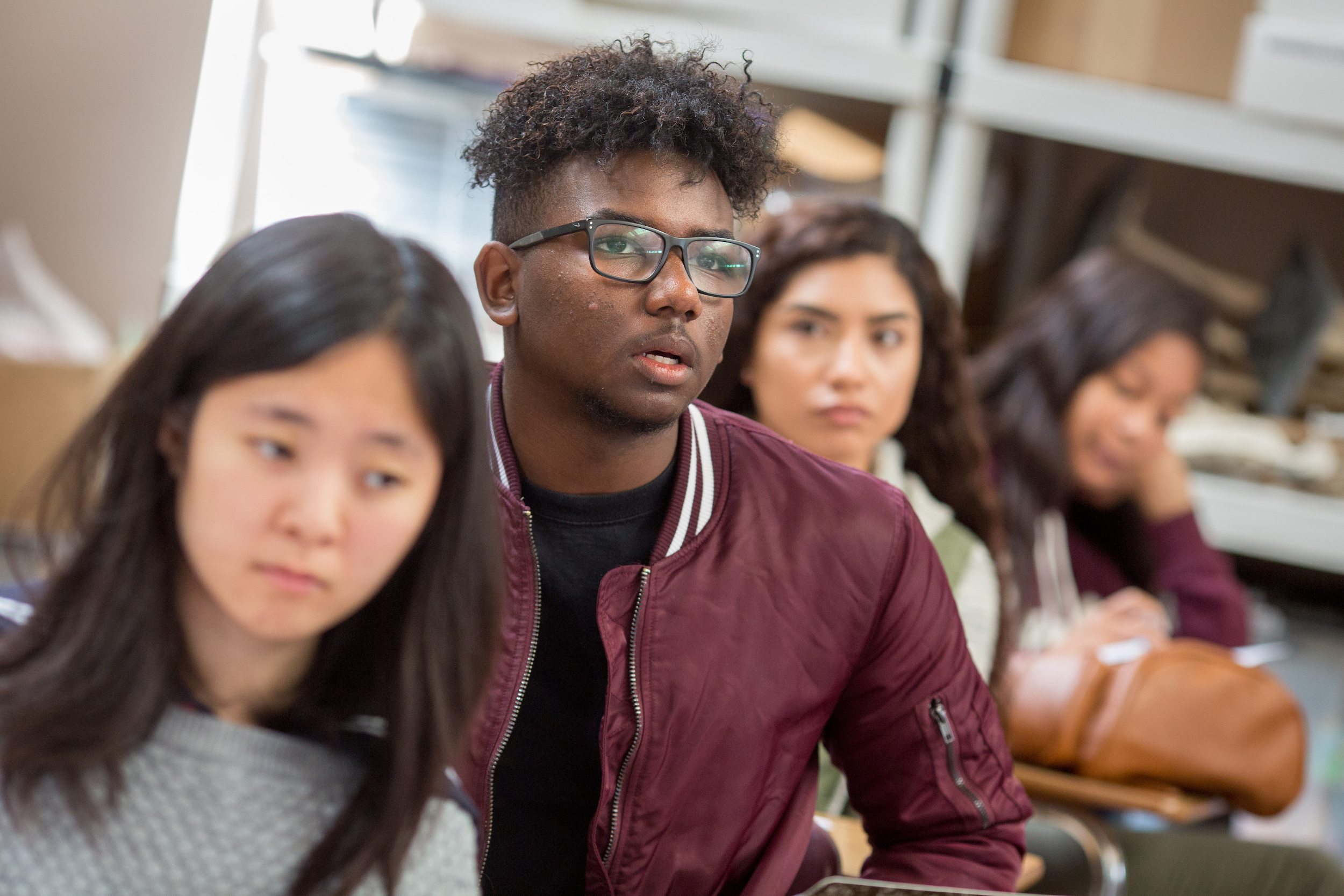 Newsom’s signature of Assembly Bill 101, authored by Assemblyman Jose Medina, D-Riverside, ends a decadeslong quest by advocates for a curriculum that more closely reflects the history, culture and struggles of California’s diverse population. And it comes one year after Newsom vetoed a nearly identical bill amid strenuous opposition to the first draft of a model ethnic studies curriculum that critics, particularly Jewish organizations, dismissed as prejudiced and discriminatory.

Since then, the Instructional Quality Commission, which oversees curriculum development, significantly revised the draft, eliminating much of the most contentious material, and in March the State Board of Education approved the curriculum, which is optional for districts to use.

The legislation authorizing the creation of an ethnic studies curriculum stated that it should draw attention to the four ethnic and racial groups whose history and stories have been traditionally overlooked and have been the focus of college ethnic studies courses: Blacks, Latinos, Native Americans and Asian Americans. The model curriculum does that while encouraging schools to include discussions on the ethnic heritage and the legacies of students in their communities. The model curriculum includes lesson plans on Sikh, Jewish, Arab and Armenian Americans, which were added after those groups objected to being left out in earlier drafts.

In his veto message a year ago, Newsom reiterated his support for ethnic studies but called the early draft of the model curriculum “insufficiently balanced and inclusive.” He did not refer to the earlier veto in his news release on Friday, but he did point out that the bill includes “a number of safeguards to ensure that courses will be free from bias or bigotry and appropriate for all students.”

Those safeguards include the requirement that ethnic studies instruction and the instructional materials “not reflect or promote” any bias, bigotry or discrimination and that school districts and charter schools present a proposed ethnic studies curriculum at a separate public hearing before adopting it to give the public a chance to share their opinions of it. And, in a blunt reference to the much-criticized first draft of the model curriculum, the Senate Appropriations Committee added an amendment that urges that school districts “not use the portions of the draft model curriculum that were not adopted by the Instructional Quality Commission due to concerns related to bias, bigotry and discrimination.”

In his statement, Newsom said ethnic studies will help expand educational opportunities in schools and credited it for raising academic achievement. He referred to recent research, co-authored by Thomas Dee, a professor at the Stanford Graduate School of Education, that ethnic studies had a positive impact on attendance, graduation rates and college enrollment for several classes of below-average San Francisco students who took the course in ninth grade.

Medina thanked Newsom for signing the bill in the news release. “The inclusion of ethnic studies in the high school curriculum is long overdue,” Medina said. “The signing of AB 101 today is one step in the long struggle for equal education for all students.”

Secretary of State Shirley Weber, an emerita professor of Africana Studies at San Diego State University, where she created an ethnic studies program, said, “At a time when some states are retreating from an accurate discussion of our history, I am proud that California continues to lead in its teaching of ethnic studies. This subject not only has academic benefits, but also has the capacity to build character as students learn how people from their own or different backgrounds face challenges, overcome them and make contributes to American society.”

Enactment of AB 101 releases $50 million in this year’s state budget for all county offices of education, charter schools and school districts to develop ethnic studies curriculums. The money will be distributed to schools serving high school students, as a straight apportionment, according to the California Department of Education.

“There is no requirement for CDE or any other agency to manage the program,” said California Department of Education information officer Jonathan Mendick. “Districts must spend the money in accordance with the requirements of AB 101, which has myriad guardrails built in around curriculum that meets the graduation requirement.”

Regardless of the bill’s “guardrails,” tensions will continue over what will be taught in ethnic studies, which already has become a flashpoint in a culture war nationally and in California.

Parents in largely white, politically conservative areas are already pushing back on the mandate and mischaracterizing what’s in the model curriculum. In Ramona Unified in San Diego County, the school board adopted a civics education course that promotes patriotism while tightly restricting what can be taught about racism. Other parents want to ban any mention of critical race theory, a narrow legal theory that explores institutional racism but that has come to represent whatever people fear teachers will teach.

Feeding opponents’ suspicions is a resurgence of the first draft of the ethnic studies curriculum. Unfazed by critics who called the first draft of the model curriculum doctrinaire, ideological and biased against Israelis in the Palestinian conflict, the 20 college professors and teachers who helped write the first draft dismissed the adopted curriculum as a whitewashing of their work due to the “pressures and influences of white supremacist, right wing, conservatives.” They have rebranded their work as the Liberated Ethnic Studies Model Curriculum and created an institute where they are offering seminars and serving as consultants to districts. Salinas Unified and Hayward Unified are among those districts that have adopted it.

School districts can pick and choose any curriculum they want; the Legislature has no authority to prescribe districts’ curriculums. That’s why a number of Jewish organizations have continued to oppose AB 101, even though members of the Jewish Legislative Caucus were satisfied with the safeguards in the final bill. In a recent article, Tammi Rossman-Benjamin, a former University of California faculty member and now the director of AMCHA Initiative, a, nonprofit organization that combats antisemitism at colleges and universities, argued the nothing in the bill will prevent antisemitic curricula from entering California’s ethnic studies classrooms. The Los Angeles Times made the same argument in urging Newsom to veto AB 101.

Guadalupe Carrasco Cardona, an adjunct lecturer in Chicanx/Latinx/Ethnic Studies at Cal State Long Beach, chair of the Association of Raza Educators in Los Angeles and a founding member of the Liberated Ethnic Studies Model Curriculum Coalition, dismissed characterizations of the liberated curriculum as racist or bigoted. That’s why the language in AB 101 won’t affect its work, she wrote in an email.

“On the contrary, our curriculum is anti-racist and responsive to the students in our classrooms,” she said. “The guardrail language is meant to scare educators into sticking to the same type of curriculum that has marginalized people of color and native voices since the inception of the public-school concept. We have fought for one course, one miniscule course in the whole career of a student being educated from pre-k to 12 and the guardrail languages says to us, ‘we want that tiny space too.’”