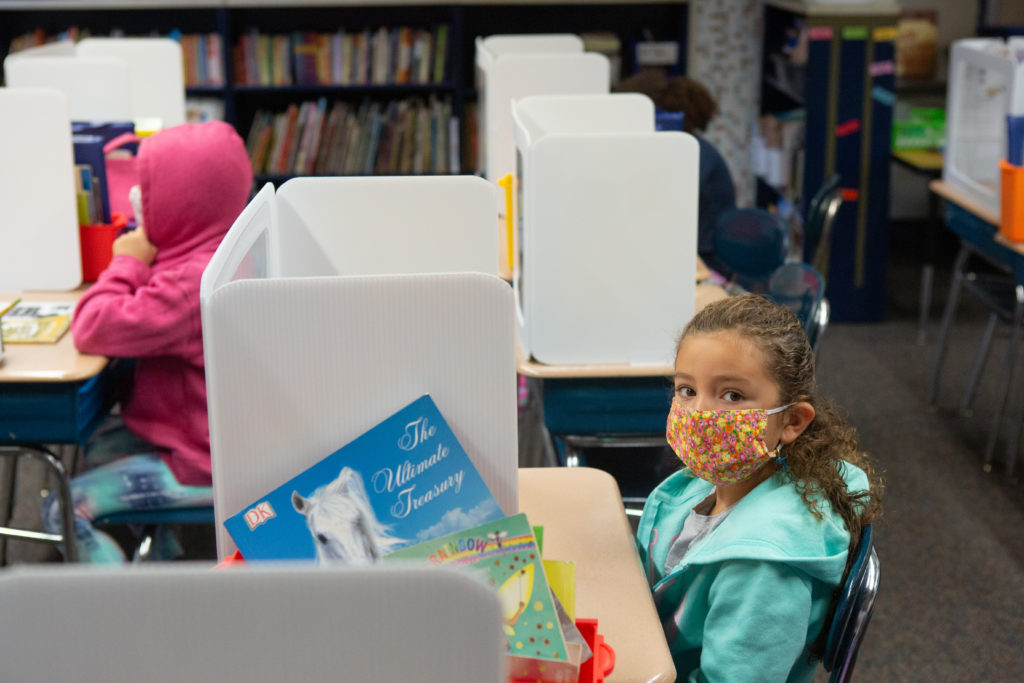 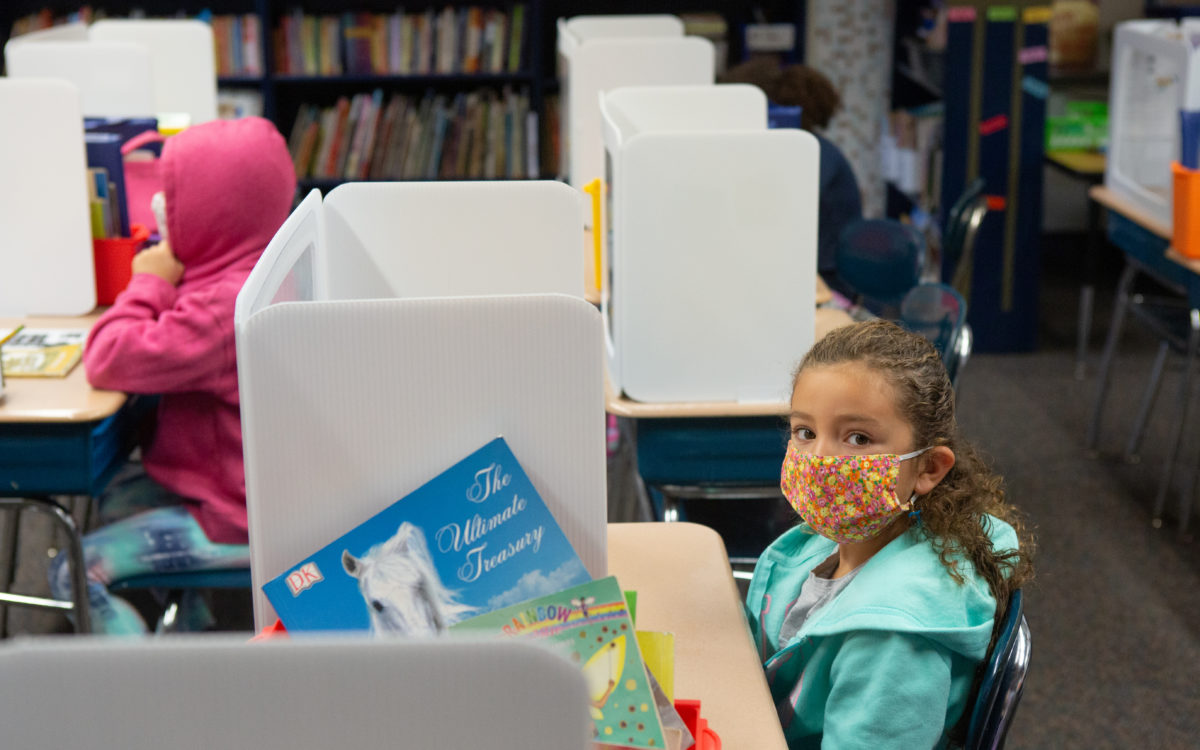 Late Monday, hours after issuing the guidance, the California Department of Public Health rescinded its order for schools to send home students who refuse to wear masks indoors at schools.

The overall requirement that students and adults must wear masks inside school buildings will remain, but the new position will be that local schools can decide for themselves how to deal with noncompliant students, as they have for the past year, Alex Stack, a spokesman for Gov. Gavin Newsom, said Monday. Stack said revisions to the guidance, clarifying the issue, will be released on Tuesday. He didn’t cite a reason for the change.

The guidance published Monday afternoon said that schools “must exclude students from campus” who are not wearing a mask indoors and who refuse to wear one that the school provides. It had elaborated on a masking requirement that the Public Health Department announced on Friday.

California’s mask requirement differs from the guidance issued last week by the Centers for Disease Control, which said only unvaccinated students and staff would be required to wear masks. However, the CDC said states do have the discretion to impose additional protections as conditions warrant.

California’s requirement does not apply to students who are exempt from wearing a face covering under state guidelines. These include children under 2, students with medical or mental health conditions or who are hearing impaired or communicating with a hearing-impaired person. For students who are excluded for not wearing a mask, schools must provide alternative educational opportunities, the state said.

Several school organizations, including the Association of California School Administrators and the California Teachers Association, said they back the face-covering requirement. “Requiring masks can help compensate for the loss of social-distance rules. All things considered, it’s a fair trade-off,” said Edgar Zazueta, senior director of policy and government relations for the administrators’ organization. “There will undoubtedly be many families who are upset the state is continuing the mask mandate, but other families will be relieved.”

But the mandate has infuriated some parents, including Reopen California Schools, a parent organization that sued several districts and the state last spring over the failure to reopen schools to full in-person instruction. The organization is vowing to do it again, this time over mandatory masking, even though Newsom and the Legislature are requiring that schools be fully open this fall.

“It’s outrageous,” Jonathan Zachreson, a father of three students and founder of the group, told The Associated Press. “We’re continuing to put the burden of this pandemic on our children, and it needs to stop.” He said his group would file a lawsuit in the coming weeks.

California, which has one of the nation’s highest rates of Covid-19 vaccinations and, at this point, one of the lowest rates of infection, is one of 10 states that will require masks in schools in the fall, according to the digital platform Burbio. Other states include Washington, New York, Massachusetts, Virginia and North Carolina. Eight states, including Texas, Arizona, Iowa, Utah and Vermont, have banned schools from requiring masks.

The new California guidance explains the reasons for its mask requirement. Masks, it said, are one of the most effective measures to control the spread of Covid-19 by both aerosols and droplets. It’s vital in schools that cannot maintain the recommended 3-foot physical distancing, serves as a precaution against the spread of more transmissible variants like the delta variant and is protective when it’s difficult to identify those who are not vaccinated.

In a statement cited by the California School Boards Association, Ben Chida, the chief deputy cabinet secretary for Newsom, acknowledged that the mask requirement may embroil school district leaders in disputes.

“We think that easily implemented and effective measures like masking are a far better option than other, harder-to-implement options,” he said. “In terms of the cultural and political disputes that arise, part of what we’re trying to do is absorb as much of the impact as possible at the state level so that it’s not a local fight.”