California Senate puts off discussion on whether to kill Calbright College 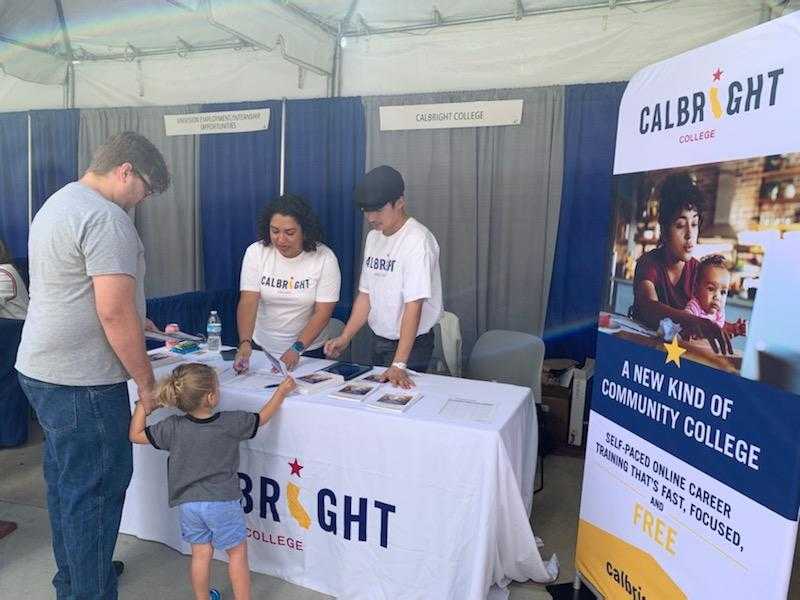 For the second consecutive year, Calbright College, the state’s only exclusively online community college, survives a legislative attempt to shut it down – for now.

President Ajita Talwalker Menon announced Monday, during the college’s board of trustees meeting, that the state Senate Education Committee would not hold a hearing on AB 1432 — the bill to eliminate the college. That hearing was originally scheduled for Wednesday.

“We just learned the news this morning,” Menon said. “This legislation would effectively shut down our college, and our team met with a number of the committee members and their staff, and our message of why we are here and who we are ultimately serving resonated with them.”

That bill, from Assembly members Evan Low, D-San Jose, and Jose Medina, D-Riverside, unanimously passed in that chamber in May. The legislation would have eliminated the college by the end of 2022-23. The bill can still come up for a hearing in the next legislative cycle. Despite the push to kill Calbright, the college has had strong support from Gov. Gavin Newsom, former Gov. Jerry Brown and Sen. Connie Leyva, D-Chino, who chairs the Senate Education Committee. Leyva declined to comment on AB 1432.

“For state government, Calbright represents a very bold educational initiative,” Brown said, in an email to EdSource. “The Senate Education Committee did the right thing and put the interests of hardworking Californians first by shelving this ill-conceived legislative maneuver.”

Darius Anderson, a Calbright trustee, said the former governor made several phone calls to him and others advocating for the college. Brown has championed the college since he first envisioned it as leading the country in virtual education five years ago.

“He was so defensive and impassioned defending us and the great work our staff is doing,” Anderson said.

“I think Ajita has been doing amazing with Calbright over the last year since she’s been there,” Ajose said. “So we’re really supportive. I’m not sure that the work that she has been doing has actually been heard, because I think people are kind of stuck thinking about how Calbright started rather than looking at what Calbright is right now.”

Calbright is a free, self-paced alternative to traditional colleges intended to serve adults between the ages of 25 and 34 who lack college degrees or need additional skills to qualify for higher-paying jobs. The college, which opened to students in October 2019, uses a competency-based education model, which assesses students based on their skills and not the amount of time spent in a class.

Last year, there was a legislative attempt to eliminate the college’s funding and shut it down. But Calbright survived thanks to Newsom. However, one change was losing some of its funding. The college initially received $100 million in state funds over seven years for startup costs and about $20 million annually for operating expenses. The Legislature cut Calbright’s one-time funding to $60 million and ongoing annual dollars to $15 million.

This year, the legislative opposition to the college was buoyed by a state audit released in May that blasted Calbright’s previous leaders and criticized it for failing to provide students with training and connections to employers. But even that audit recommended giving the college time — until the end of 2022 — to self-correct.

But some of Calbright’s trustees cautioned that this won’t be the last time Calbright’s detractors attempt to shut it down. The bill could be reconsidered next year.

Both the audit and cutting Calbright’s budget have been “tools used against us” by the opposition, Anderson said.

“This goes back to a political battle that was lost by two unions with the governor,” he said, referring to the California Federation of Teachers, which represented 30,000 community college employees and has been opposed to the online college since Brown first proposed it, and the Faculty Association of California Community Colleges, which represents more than 9,000 members. “The fact of the matter is the value is there, and we have to continue to protect that value … but understand nothing we’re going to do is going to stop these folks that are fighting a 3-year-old battle they lost to Jerry Brown, and they continue to fight it every year.”

Jeff Freitas, president of the CFT, said the opposition to the college hasn’t just been from the unions but non-union faculty and staff in the community colleges who have argued that they could have achieved Calbright’s goals of educating adult learners faster and more efficiently if given the same resources.

“If you have a system that is already doing this type of work why not build on it,” he said.