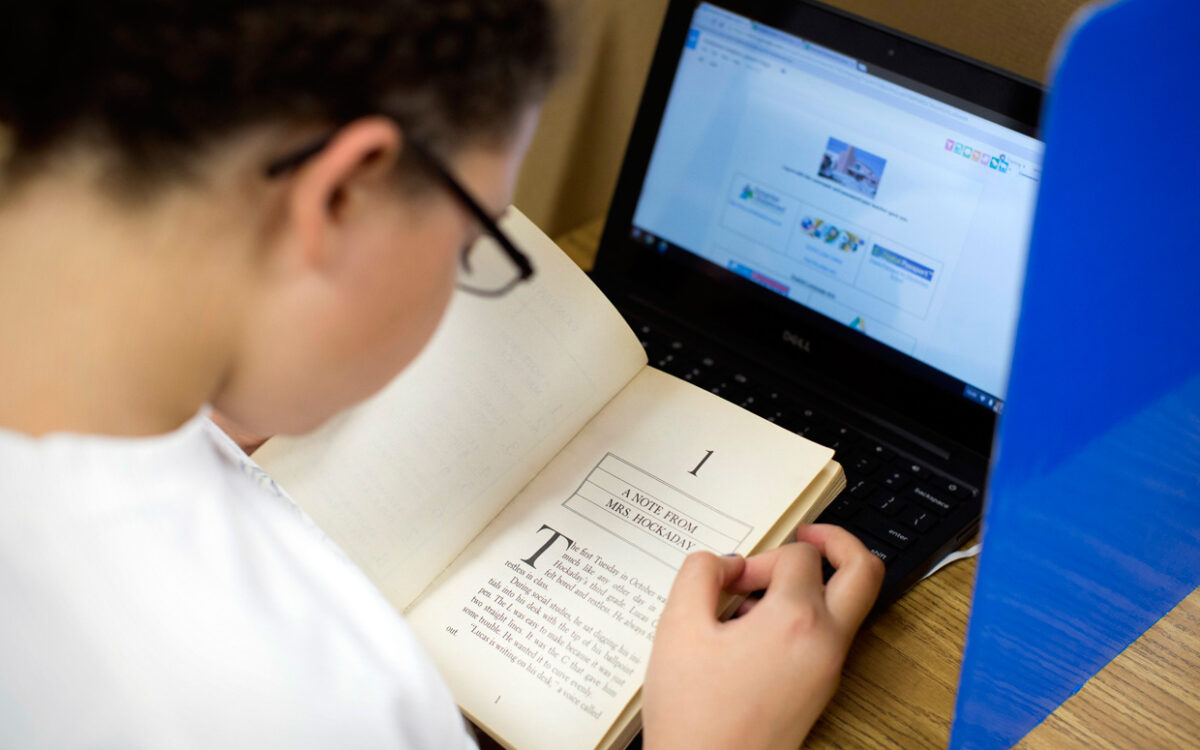 It remains unclear when California’s K-12 campuses will reopen for in-person instruction, but one Bay Area school district has committed to continuing distance learning in the fall and beyond — at least as an option.

West Contra Costa Unified officials last week presented their early plans for a permanent district-wide, K-12 “virtual learning academy” for the 2021-2022 school year and beyond. They also introduced two additional in-person programs for high school students: a visual and performing arts academy and a career technical academy. The school board unanimously approved the concepts for all three academies, directing administrators to start work on models for each.

Superintendent Matthew Duffy said the district doesn’t anticipate keeping campuses closed in the fall. However, it wants to be able to offer the option of distance learning for families that aren’t yet comfortable sending their students back to the classroom, or who feel distance learning is better for them.

“We believe so many families have now had an experience with virtual [learning] that they have seen as beneficial and want to continue with that,” Duffy said. “We know there was demand for that beforehand because of families talking about it. We even saw a charter come in and try to start a virtual school. So, we’re excited to open that if families decide that’s what they want.”

West Contra Costa Unified appears to be ahead of the curve on its distance learning planning for the fall among large urban districts. Many are also scrambling to come up with reopening plans by Feb. 1 in order to receive additional state funding under the governor’s proposed incentive program. Oakland Unified and Elk Grove Unified said they have not yet planned their distance learning offerings for the fall. Long Beach Unified anticipates offering distance learning in the fall but has only had preliminary discussions on what that may look like, said district spokesman Chris Eftychiou via email.

Gov. Gavin Newsom and lawmakers are pushing for schools to swiftly move toward reopening, but superintendents of the state’s largest public school districts and others say there are still too many unaddressed safety concerns to bring students back to campus en masse. Newsom’s “Safe Schools for All” plan allows for the option of continuing distance learning for parents who chose to do so.

West Contra Costa Unified Associate Superintendent of Business Services Tony Wold said via email that the district is still weighing its options regarding reopening for in-person instruction and is conferring with Contra Costa County health officials. He added that the district doesn’t have a specific re-opening timeline.

West Contra Costa Unified’s “virtual academy” will feature a combination of live virtual lessons in which students will participate, as well as guided assigned work, according to the administrators’ presentation. The academy’s teachers will focus solely on distance learning, so that teachers who handle in-person instruction won’t have to balance both. The district will work with its teachers’ union, United Teachers of Richmond, and other employee unions on staffing for the program, Wold said.

United Teachers of Richmond President Marissa Gliden said the virtual academy is “really exciting” and looks forward to working out the staffing details when the union and the district return to the bargaining table for next school year’s contract.

“I think every time we can add additional options for our students and families is great,” Gliden said. “It would be a shame if after this pandemic we return to school as normal because we should use this time to change what wasn’t working before.”

Gliden said teachers are hoping to return to the classroom next school year, but won’t feel safe until more Covid vaccines are distributed and the virus’ spread in the area slows down. She said the union would be “very disappointed” if by the fall it would still be unsafe to resume in-person instruction at West Contra Costa Unified.

The virtual academy will be available to all K-12 students at the district and transfer students, all of whom can enroll in the program when the district’s enrollment period kicks off in February. The district will continue to accept enrollment based on availability, Wold said.

Once the district sees what the demand is during the enrollment period, it will determine how many full-time teachers to assign to the academy, Duffy said.

School board members said they still had many questions about the program, including how it would be funded and how it will operate, but refrained from demanding too many details since the program is still in the design phase. Board members Jamela Smith-Folds and Mister Phillips urged the district to collaborate with teachers as they move forward with the concepts.

“Please make sure you are including the people who are going to work there and the ideas that they have,” Phillips said. “This is a collaboration, so it doesn’t mean everybody gets everything they’re asking for, but they do need to be a part of the process.”

The visual and performing arts academy would operate as an “add-on” class and will be available to all district high school students who audition or apply. Eventually the district hopes to offer the program to middle school students as well.

The academy won’t be fully developed in the first year, but when finished will include performance dance, theater, music, media, costume design, production and theater technical programs with recitals and performances held year around.

Though district officials didn’t say how much they anticipate the visual and performing arts academy will cost, their hope is that the program will boost enrollment to the point that the extra state funding will pay for the program within three years. Officials said the district saw about a 2.4% drop in enrollment of 676 students from November 2019 to November 2020 — 183 of whom were from high school.

Since Richmond’s Kennedy High School is one of the sites that has had an enrollment drop over the last year, the district plans on housing the academy there, though any district student can participate.

The career technical program, which the district is calling its “future technologies pathway” would begin in the 2022-23 school year and be open to all high school students. The district is exploring offering classes in residential and commercial construction, welding, manufacturing, plumbing, mechanical systems installation and repair, woodworking and green energy.

The district also seeks to add more programs to its permanent distance learning roster for the 2021-22 school year, including an associate degree program through Middle College High School, Advanced Placement and International Baccalaureate access from all high schools, more dual language immersion programs in Spanish and Mandarin and an “afro-centric model school.”