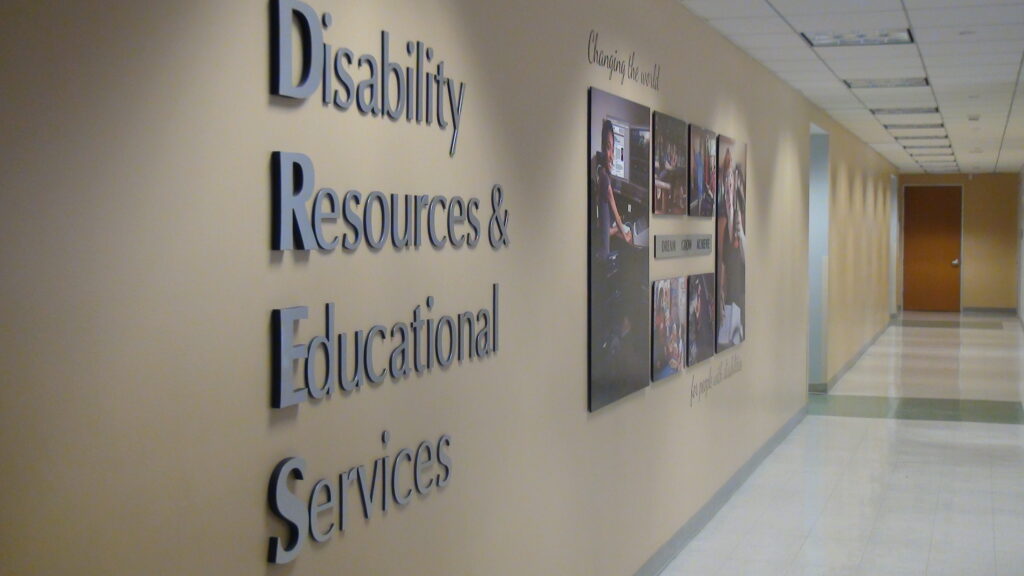 Taking classes at home was convenient for some students with disabilities, others missed the structure of in-person classes. 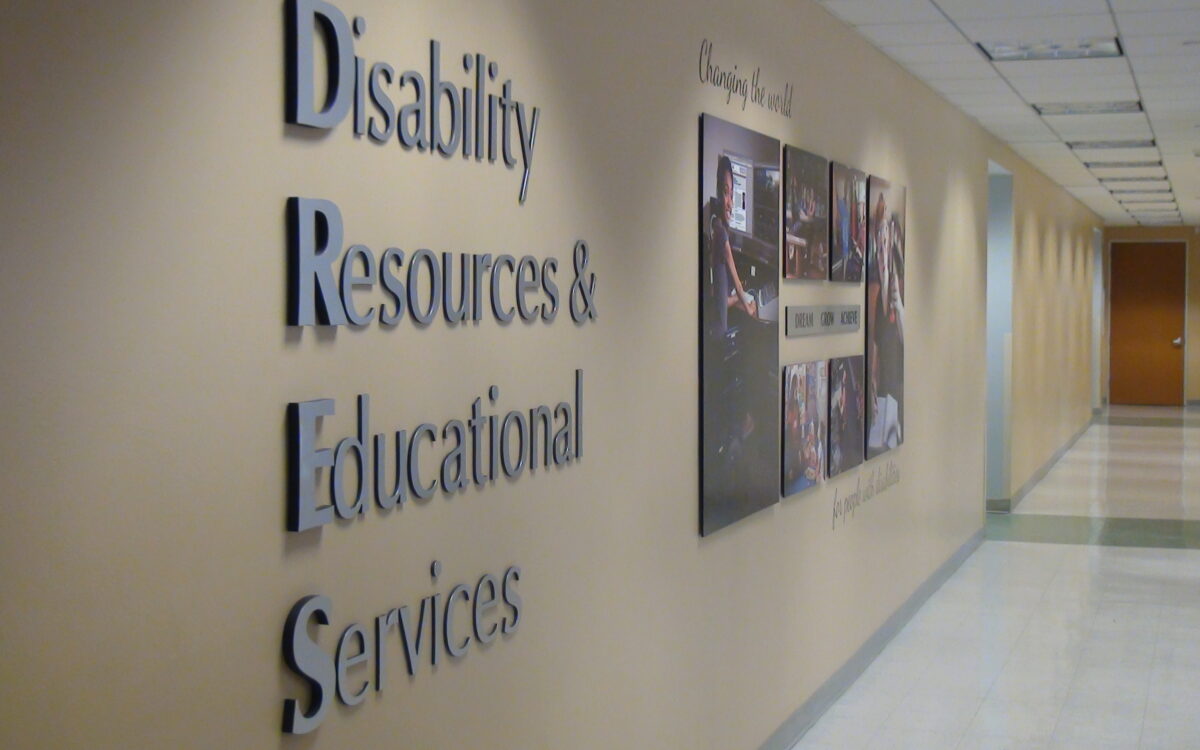 For many disabled students across California’s colleges and universities, one thing is clear as a new school year approaches: It helps to have options.

The 2020-21 academic year, featuring mostly distance learning, was a mixed bag for disabled students. Taking courses online was a struggle for some, such as students with attention deficit hyperactivity disorder, or ADHD, many of whom missed the structure of in-person classes.

But there were also positive elements of distance learning for some students, including many with physical disabilities. With most classes held on Zoom, students said they appreciated that lectures were often recorded, allowing them to re-watch and catch up if they missed some or all of a class.

Not having to report physically to class was another upside for students like Araceli Ramos, who received her bachelor’s degree in history from California State University, Long Beach in the spring. Ramos, who is now pursuing her master’s in history at the same campus, is legally blind and relies on public transportation to get to in-person classes. It’s typically a two-hour bus commute from her home in Maywood, a city in Southeast Los Angeles, to the Long Beach campus.

“It’s really not convenient,” Ramos said in an interview.

Brianne Kennedy, director of the Disability Support Programs and Services center at San Diego Community College District, said there are also many students for whom distance learning isn’t ideal.

Kennedy said that in the San Diego district, there was a 30% drop in enrollment among disabled students between fall 2019 and fall 2020 — compared to a decline of 8% among the district’s non-disabled student population.

“It’s definitely very individualized based on multiple factors, including the student’s disability and how that impacts them educationally,” she said.

Colleges are still figuring out what post-pandemic instruction will look like. In the immediate future, many universities and community colleges across the state will operate in some type of hybrid manner, with a mix of in-person and online instruction.

In interviews, students said they hope their campuses will keep the parts of distance learning that worked for students, not only during the 2021-22 academic year but permanently. Under the Americans with Disabilities Act, colleges are already required to provide academic accommodations to students who request them. But students interviewed by EdSource said they want their colleges to go beyond what is required by that law and implement universal changes that will help disabled students, such as requiring every class to be recorded.

“These things that students with disabilities want, where they may need to re-listen to a lecture or whatever the situation is, we’re finding that those are success strategies for most students,” Johnson said.

Some campuses across the state’s two public university systems and 73 community college districts are already planning how to allow students to learn however they’re most comfortable — in some cases by using new types of classrooms that give every student the option of attending in person or from home on any given day.

Wendy Tobias, chief accessibility and inclusion officer at University of California San Francisco, said the Covid-19 pandemic has proven that “flexibility is sometimes necessary.” Tobias was the director of the Disability Programs and Resource Center at San Francisco State during the 2020-21 academic year.

“It’s shown us that things that we didn’t think could be done, can be done,” she added. “I think universities are now taking a much closer look at, what does accommodation look like for students with disabilities?”

For Ramos, the Cal State Long Beach student, distance learning was convenient not just because she didn’t have to commute to class. Ramos was also able to use a screen magnifier on her computer, making it easier for her to see her professors’ faces as well as course material during lectures.

“Normally, when I’m in classes, I don’t see anything that’s on the board. I don’t see anybody’s faces. So at least for me, it was a nice change,” she said.

This fall, Ramos is enrolled in two classes for her master’s program. One will be held online, but the other will be entirely in person.

Ramos said her professor for the in-person course made sure that all the textbooks she assigned this fall are available in digital formats, not just physical. She said she appreciated that because she can magnify digital textbooks.

Ramos added that she hopes professors, in general, continue to be “more flexible and more accommodating” of students’ needs.

Quinn O’Connor, a student at UCLA, hopes that faculty on her campus are also flexible as more in-person classes resume.

O’Connor has cerebral palsy, which affects her right arm and right leg. Navigating UCLA’s campus to get to class, which sometimes requires taking the campus’ Janss Steps, can be a challenge.

That doesn’t mean distance learning was perfect for O’Connor. Sometimes, not moving around much was bad for her muscles.

But O’Connor liked having the ability to take classes remotely and appreciated having access to recorded versions of her lectures, something she hopes doesn’t go away. She added that those types of remote learning accommondations are things that disabled students advocated for even prior to the pandemic.

“I would love to have classes be recorded on a regular basis. That and more relaxed in-person attendance policies would be great,” she said.

Some students may be eager to get back inside classrooms. David Miller Shevelev, a student at UC Santa Cruz, has sometimes struggled with the lack of structure of distance learning.

Shevelev is on the autism spectrum and has attention deficit disorder. During distance learning, he said, “executive functioning became a lot more challenging.” Staying focused long enough to take quizzes, for example, was often difficult.

“If you’re going to lecture, it’s impossible to not take the quiz. You go to the lecture hall, the professor hands out the quizzes, we take them. That’s it,” he said. “But during distance learning, I can’t tell you how many times I sat down to take a quiz, let’s say at 5 o’clock. I sit down at 4:45, I start looking at email and an hour later, I’m like, I was supposed to do that quiz.”

Time will tell which elements of distance learning stick around, but one possibility for the future is a new type of classroom that gives students significant flexibility.

Some campuses, including Cal State Northridge, have or are adding classrooms that will feature what’s called a “HyFlex” model of instruction, said Johnson, the director of disability resources at Northridge.

The classrooms will be equipped with technology allowing students to attend in person, online or watch a recording of the lecture at another time at their convenience. Students can decide what works best for them for every lecture.

Each HyFlex classroom is set up with a camera to view the instructor and audio equipment to hear everyone in the classroom. Classroom activities and participation are also conducted online so that students can interact with each other regardless of whether they are attending in person or online or catching up at another time that’s convenient for them.

“How many classes are going to be like this? I have no idea. But it’s an experiment to see how this can work, to see where it works and where it doesn’t work,” Johnson said.

Even for classes without those capabilities, instruction could look different going forward.

​​Tracee Passeggi, director of Cal Poly Pomona’s Disability Resource Center, said she hopes that the pandemic marks a turning point in the “universal design” of classroom instruction. That could mean straightforward changes, such as recording lectures and requiring all videos to have captions.

It could also mean having less of a focus on high-stakes exams that some critics say are inequitable and instead finding new ways to test students’ mastery of course material.

Passeggi acknowledged that faculty have significant autonomy in designing their classes and would need to be on board with those kinds of changes. But she added that she thinks there was a “significant culture shift” that happened during the pandemic. Things that may have gotten pushback in the past — like asking faculty to record their lectures — suddenly became the norm, she said.

Passeggi added that it’s clear that many disabled students “don’t want to go back” to classrooms that are the same as they were before the pandemic.

“And neither do we,” she added. “It’s up to campuses like ours to build on that momentum that we’ve seen since last March so that we’re really thinking about universal design and how that benefits all students.”