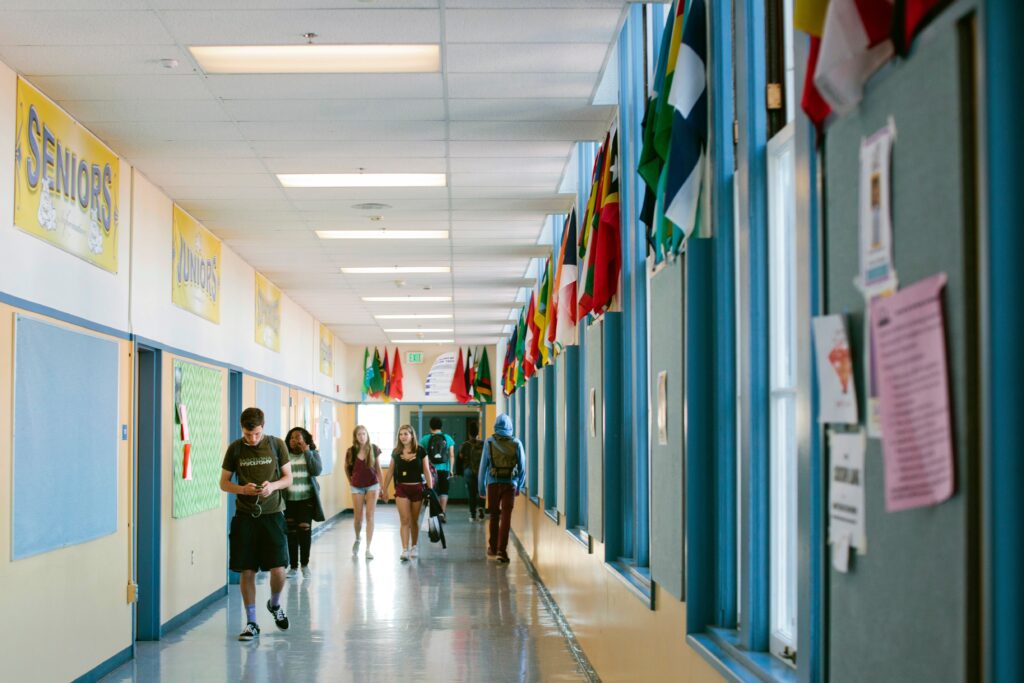 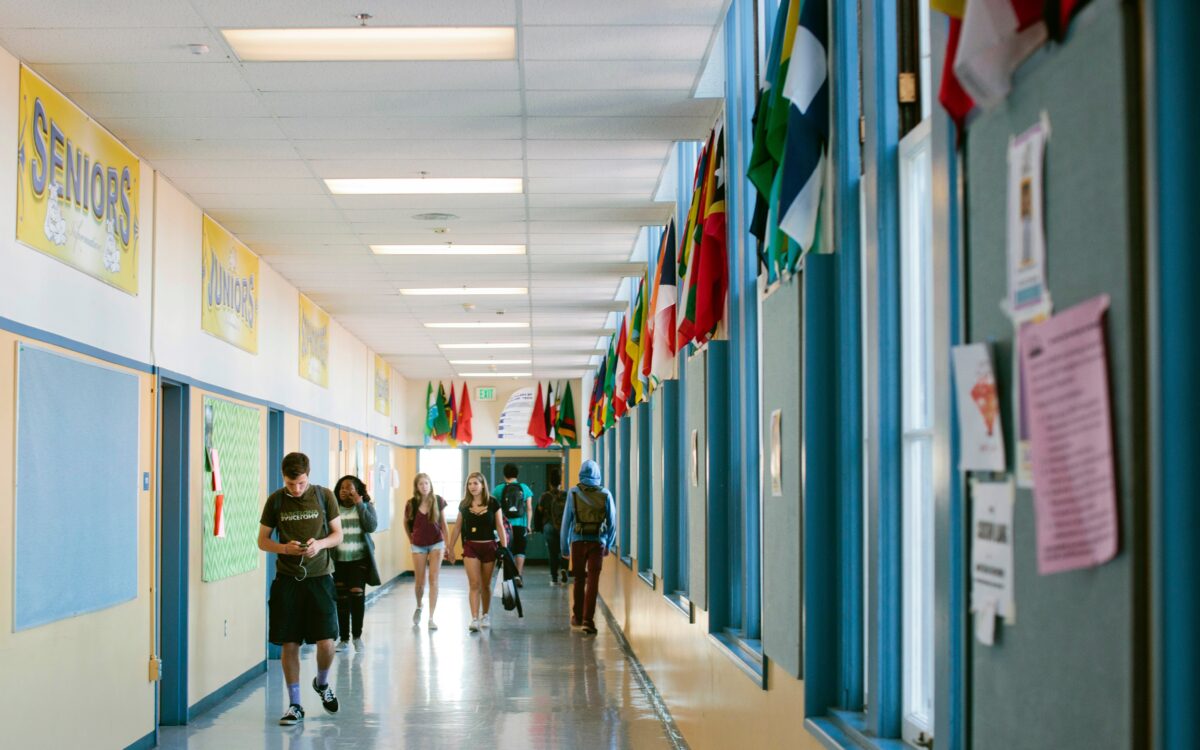 A month into in-person learning for most California schools, some districts are reporting soaring rates of absenteeism due to stay-at-home quarantines, fear of Covid and general disengagement from school.

Even districts like Elk Grove and Long Beach that had relatively high attendance before Covid have seen big increases in chronic absenteeism — students who have missed more than 10% of school days.

“It’s very concerning. We need to pay close attention to these students,” said Hedy Chang, executive director of Attendance Works, a nonprofit aimed at boosting school attendance. “Not only are they missing out on opportunities to connect with their peers, but they’re missing valuable classroom time to help them recover from learning loss from the previous year.”

The California Department of Education has not yet released statewide attendance data for the 2021-22 school year, but some school districts reported their attendance rates to EdSource. Oakland Unified posts its attendance publicly.

Stockton Unified said that so far, 39% of its students have been chronically absent, more than double the rate two years ago. The district’s truancy outreach workers are visiting up to 60 homes a day, offering incentives like prizes and backpacks, to encourage students to come to school.

Elk Grove Unified, outside Sacramento, reported that more than 26% of its students have been chronically absent since school started, nearly three times the rate two years ago.

Long Beach Unified hasn’t compiled its chronic absenteeism data yet, but administrators expect it to be high. The attendance rate — the percentage of enrolled students who show up for school every day — has fallen to 91%, down from almost 96% two years ago. That translates to about 4,000 fewer students showing up for school every day.

Schools receive funding based on their average daily attendance, so they have a financial incentive to keep students in class. Drops in attendance this year would affect districts’ funding in the 2022-23 school year.

In the spring, Gov. Gavin Newsom signed Assembly Bill 86, urging all schools to reopen for in-person learning for the 2021-22 school year, with an option for independent study in some cases. Independent study has been one reason for high levels of absenteeism. Students who are enrolled in long-term independent study still must log on every day and complete their work or the district may mark them absent. Likewise, students who are home for a few days while they’re sick or in quarantine must also complete their schoolwork, or they’ll be marked absent.

Students in quarantine make up the bulk of absences, Chang said, but not all. Some students are missing school because of lingering mental health or behavior challenges, while others are afraid of contracting Covid. Some have gotten out of the habit of daily school attendance or simply don’t want to be there because they feel overwhelmed, she said.

In many rural districts, chronic absenteeism was a problem long before the pandemic. Poverty and geographic isolation make it difficult for some children to get to school regularly, and districts are constantly trying to address the underlying causes.

Thermalito Union Elementary, a 1,500-student mostly low-income rural district in Butte County, in Northern California, reported 46% of its students have been chronically absent this year, up from 8.8% two years ago.

“My heart goes out to these kids. They’ve lost a year of instruction, and now this,” said Lisa Cruikshank, the district’s director of special projects. “What keeps me up at night is all these kids losing out on high-quality instruction, falling behind, falling through the cracks. We’ve been working so hard to keep kids engaged, but it’s tough.”

Three years ago, Thermalito won a grant to boost student attendance. The district hired extra staff at each school to work with families who struggled to get their children to school. School staff visited families at home, called them personally when their students were absent and made a point to greet students individually when they arrived at school.

At one campus, the principal led a “walking school bus” every morning, escorting children from an apartment complex near the school to class. At another school, staff helped a student’s mother find a job, bringing financial stability to the family and making it easier for the student to get to school.

All those efforts paid off: In just two years, chronic absenteeism dropped by half. But this year has seen that progress erased, Cruikshank said.

Due to a high infection rate in the community, students are frequently exposed to someone who’s tested positive for the virus and are required to stay home for up to 10 days. Once at home, many students aren’t finishing their homework packets, so they’re counted as “absent” during that time, Cruikshank said.

“We have so many families who are struggling, just trying to survive, it’s hard for them to keep their kids engaged in school,” Cruikshank said. “But if we hadn’t made connections before the pandemic, I’m sure we’d see even more families checked out.”

In Long Beach Unified, in Los Angeles County, the spike in absenteeism has been due to students in quarantine who don’t complete their schoolwork, as well as students experiencing behavior issues that make them not want to attend school or who are otherwise disengaged from school, said Erin Simon, assistant superintendent.

Prior to the pandemic, the district had worked for years to improve its attendance figures, offering free bus passes, prizes, school supplies, mentoring and other services to encourage students to attend school. Staff sent personal emails, made calls, and visited families, trying to address whatever barriers kept students from getting to class. By 2018-19, the chronic absenteeism rate was down to 15%.

Anticipating problems with student engagement due to the pandemic, the district expanded its social-emotional offerings before campuses reopened in August. High schools opened wellness centers, the district hired more social workers and teachers honed their skills in recognizing and addressing trauma.

It wasn’t enough, Simon said. After more than a year of remote learning, some students continue to suffer mental health challenges, she said. Suicide threats and misbehavior have soared, as well as absenteeism.

“We thought we were prepared, but we were caught by surprise. … It’s just mind-blowing, and it’s scary,” Simon said, noting that the same phenomenon is happening at schools throughout the country. “We’re doing our best to mitigate it, but it’s not easy because our staff is already overwhelmed. … Our main concern right now is for the wellness of our students and staff.”

Chang, at Attendance Works, said that keeping students in school is more important now than ever, especially after they’ve been out for so long. Attendance is linked to academic performance, discipline and other measures of student success, she said, and a student’s attendance during the beginning of the school year is often a harbinger of their attendance throughout the year.

Students are already facing a host of challenges — learning loss, anxiety and depression due to social isolation, general upheaval due to the pandemic, and grief, in some cases — and missing school may only exacerbate their hardships, she said.

“We need to do everything we can to support these kids,” Chang said. “There’s so much at stake.”